ASHLEY James flaunts her jaw dropping figure as she shows fans her tan lines as she holidays in France with her boyfriend.

The ex Made In Chelsea star, 33, posed in a yellow string triangle in the all natural pic which she almost 'edited' to hide her tan line blunder. 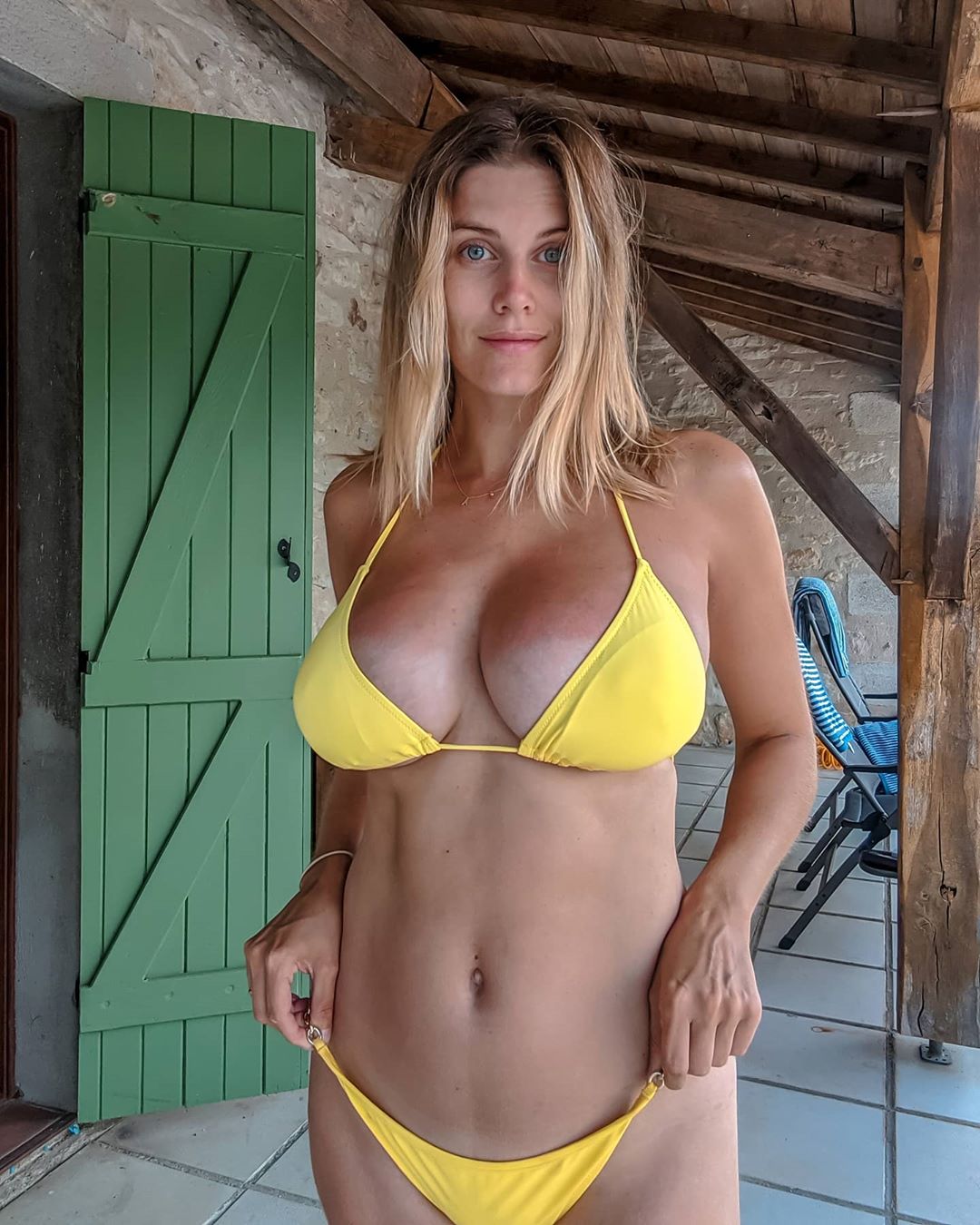 She admitted her strapless bikini she had been wearing for a few days had created a block of colour where her skin didn't tan.

Ashley then decided to mix up her swimsuits and opted to the yellow number in order to even out her colour.

She wrote: "I'm not going to lie, I was extremely tempted to break my no editing rule to get rid of my giant tanlines, but I'm a woman of principal [sic].

"I think it's important to keep it real online, even if I look a bit silly as a result. 😂😬💛 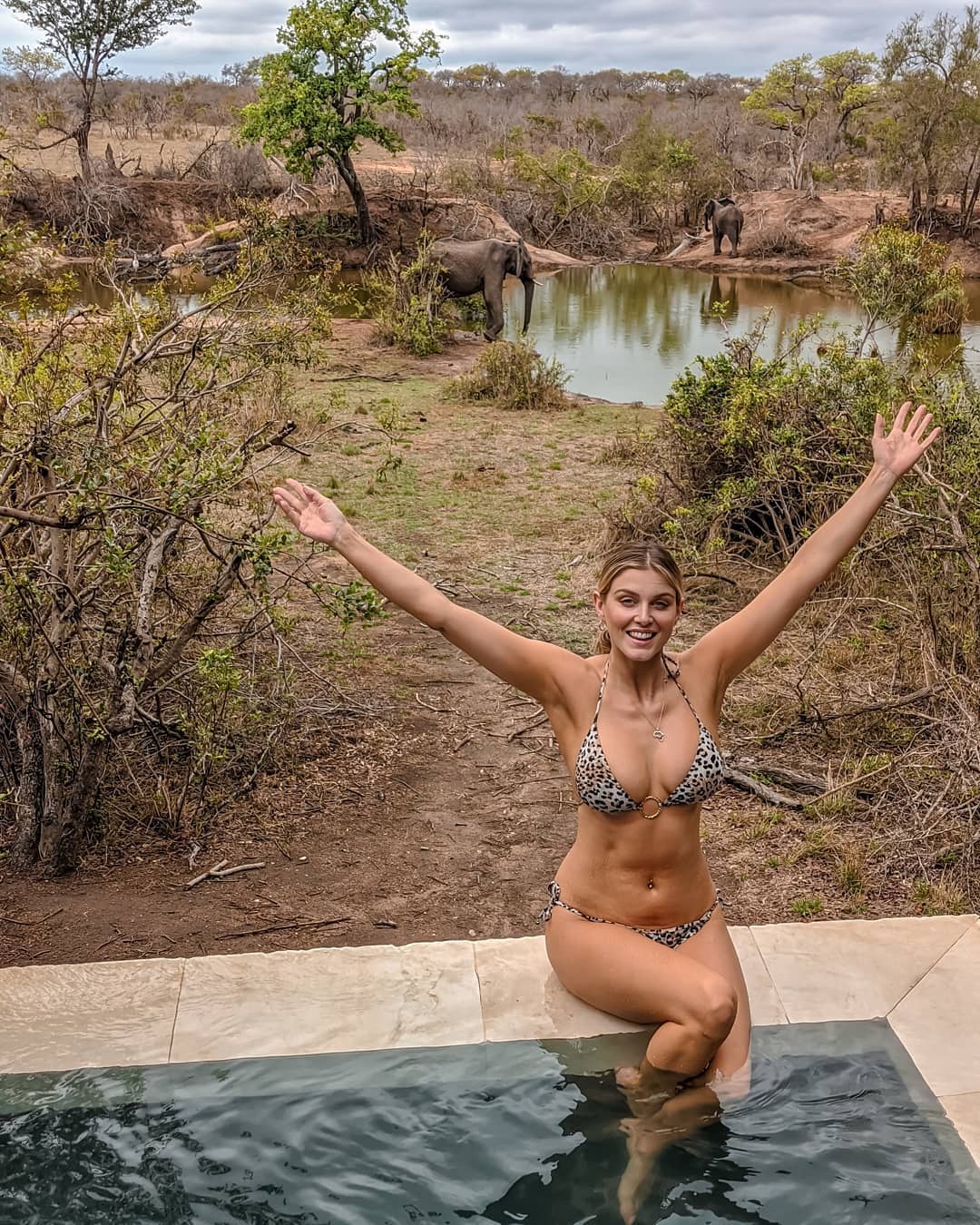 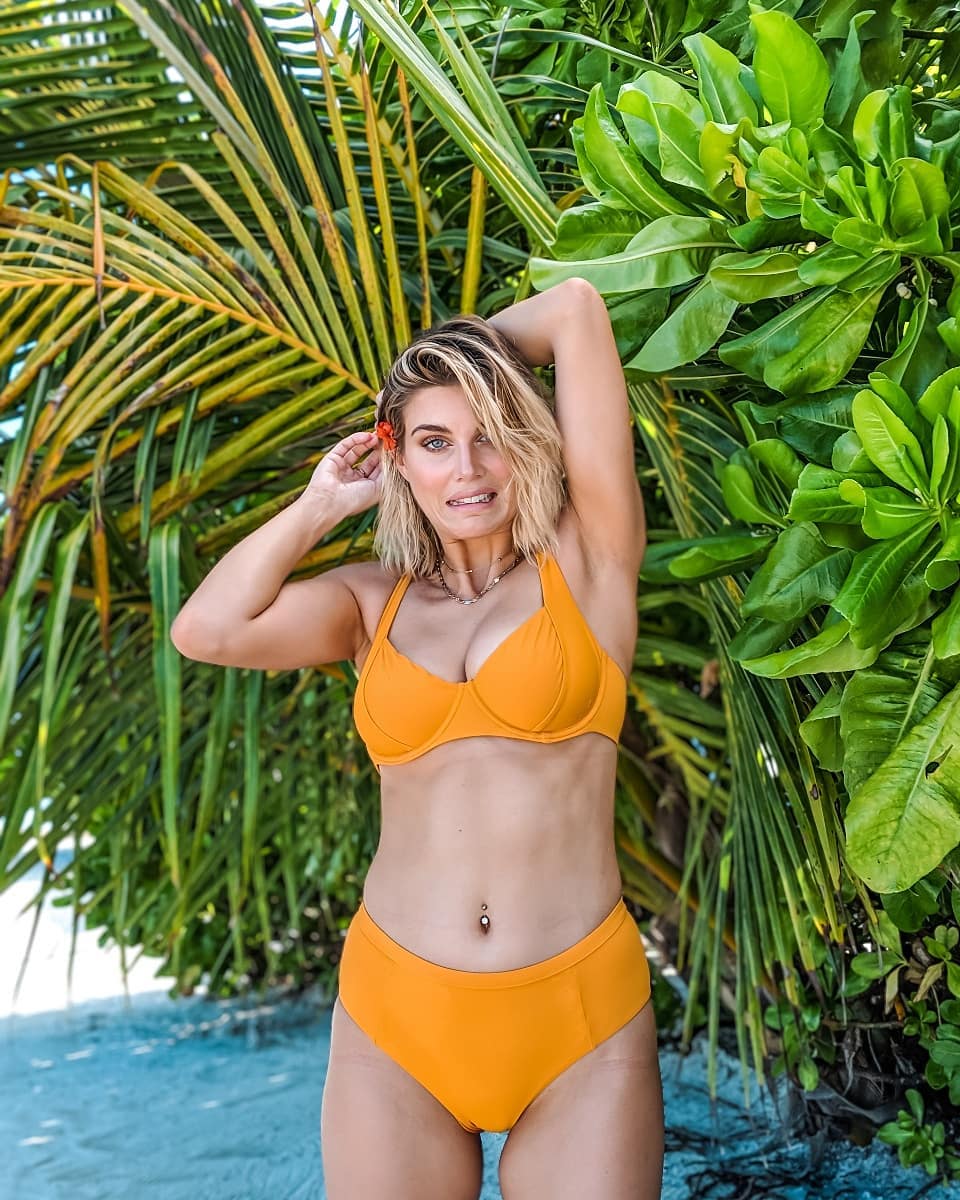 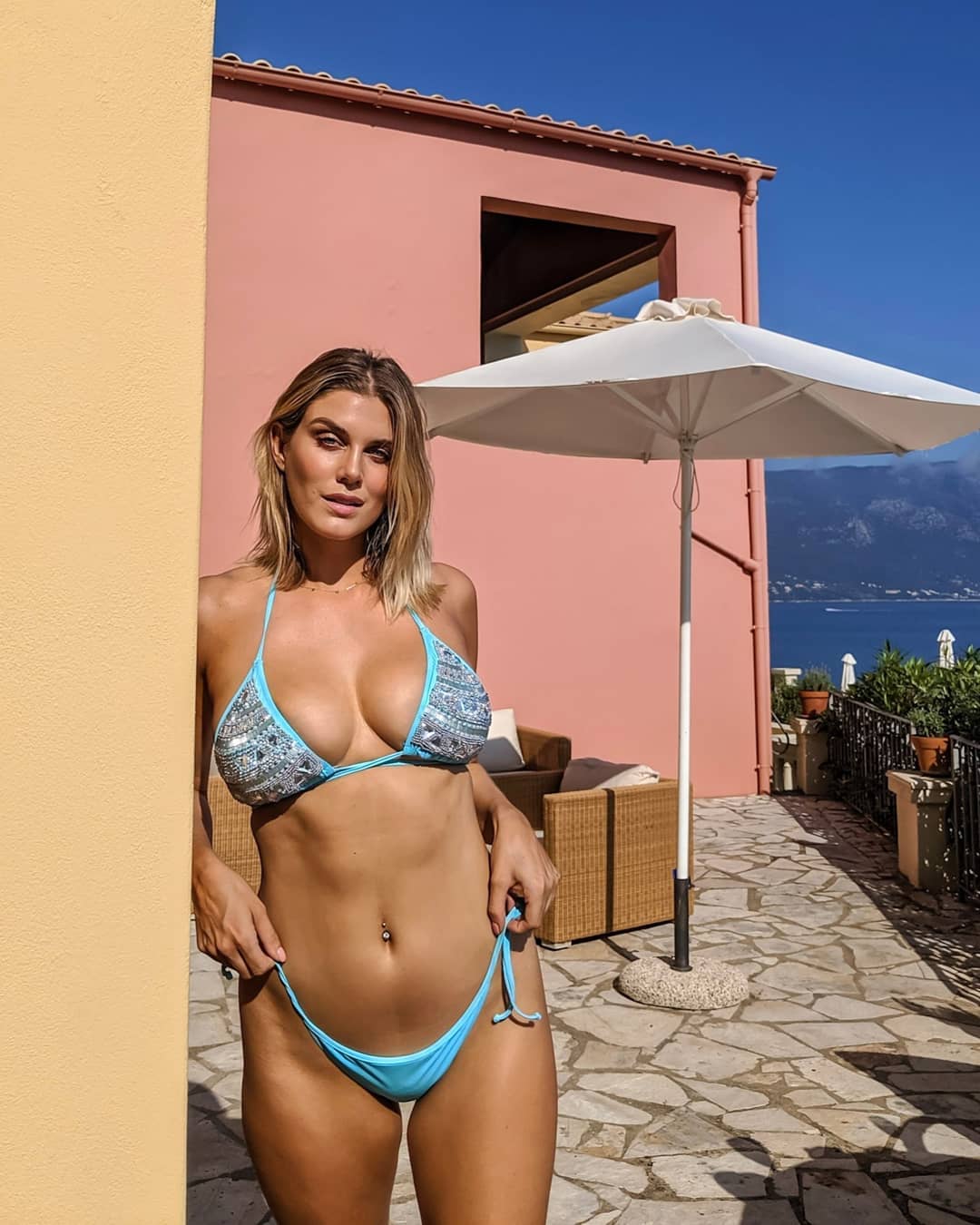 "I've been wearing a strapless bikini for the last few days, which are completely impractical for support but ideal when you want to lie around and do nothing without getting strap marks.

"Today was the first day back in my beloved triangle bikinis. This one is by the queen of bikinis @elizabethhurley1 💛✨👙.
The DJ and presenter went on to give advice to her fans about the best bikinis for women with bigger breasts.

Ashley wrote: "I get asked a lot for advice with swimwear for big boobs, and I honestly think it's down to personal choice as we're always more confident when we wear things we like. 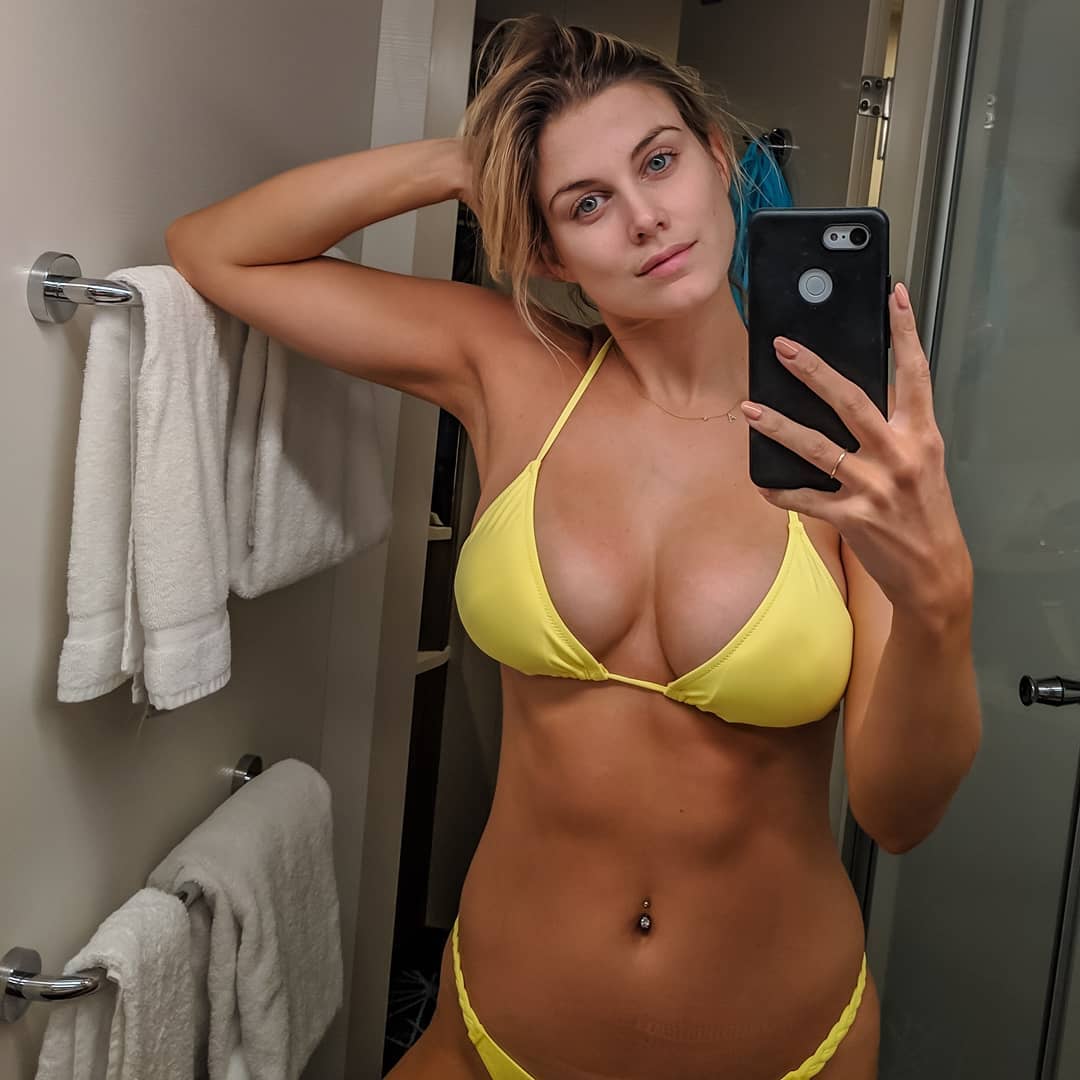 "For me, triangle bikinis are my absolute favourite styles: they obviously tie so are very good for fluctuating weights, you can tie them as tight as you want at the top (which is great for defying gravity and keeping them in place 😉), and they feel much cuter than underwired bikinis, which to me personally feel a little frumpy. "

She added: "I do swear by a good underwired one when I'm diving though, just to make sure I don't give any sea creatures a fright!"

She enlightened them: "PS: I took my beloved belly piercing out last night for the first time in 17 years. 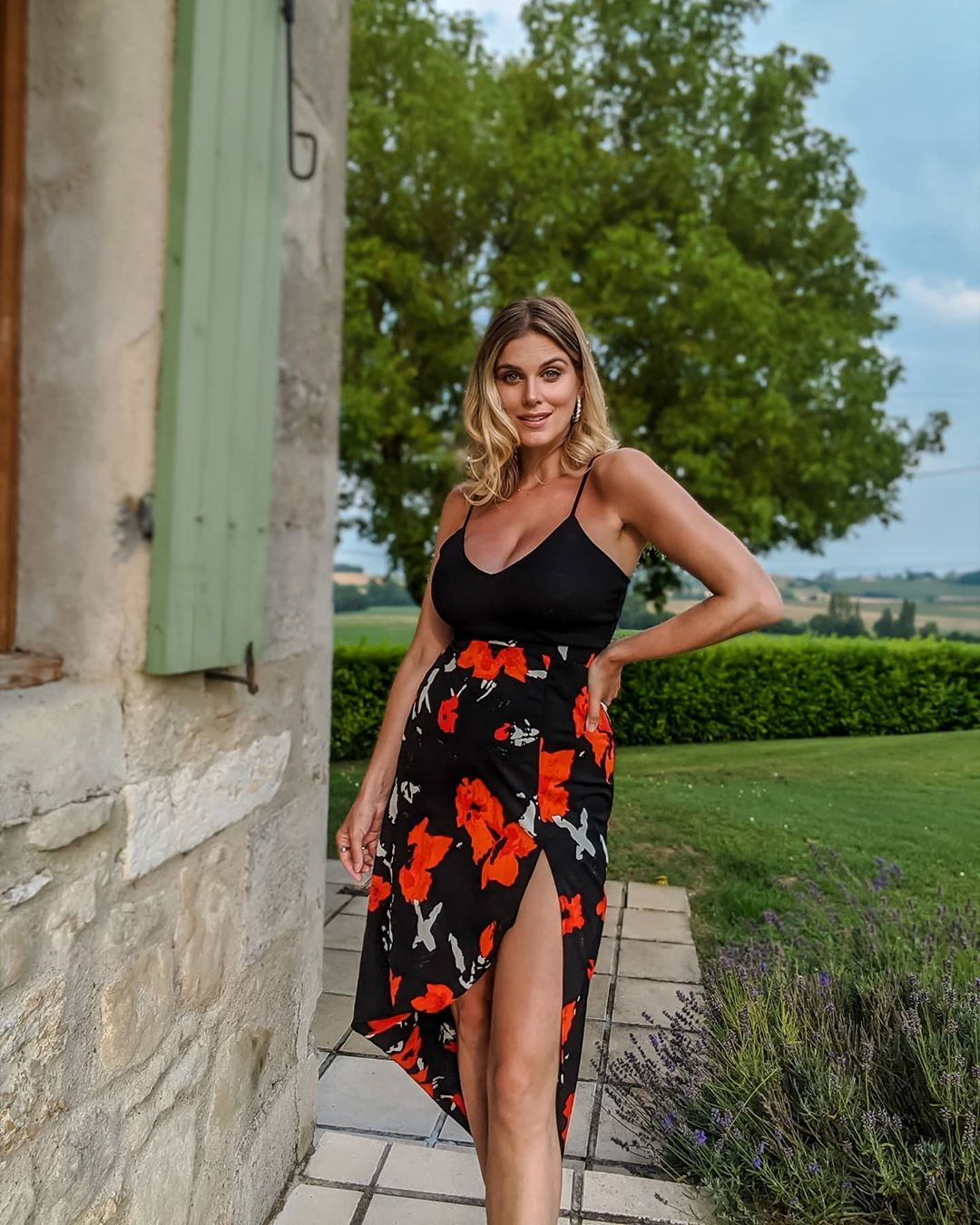 "I got it for my 16th birthday and my parents always told me I'd regret it, and I'd just like to publicly let them know they were wrong, and the only thing I regret is taking it out."

Ashley has joined a new group of celebrities who refuse to photoshop their photos.

The Celebrity Big Brother star urged women not to compare themselves to the Victoria’s Secret lingerie models.

Ashley – who once suffered from body dysmorphia (a distorted view of how you look) – says: “Sexiness is not defined by the shape of our bodies, it’s a state of mind.” 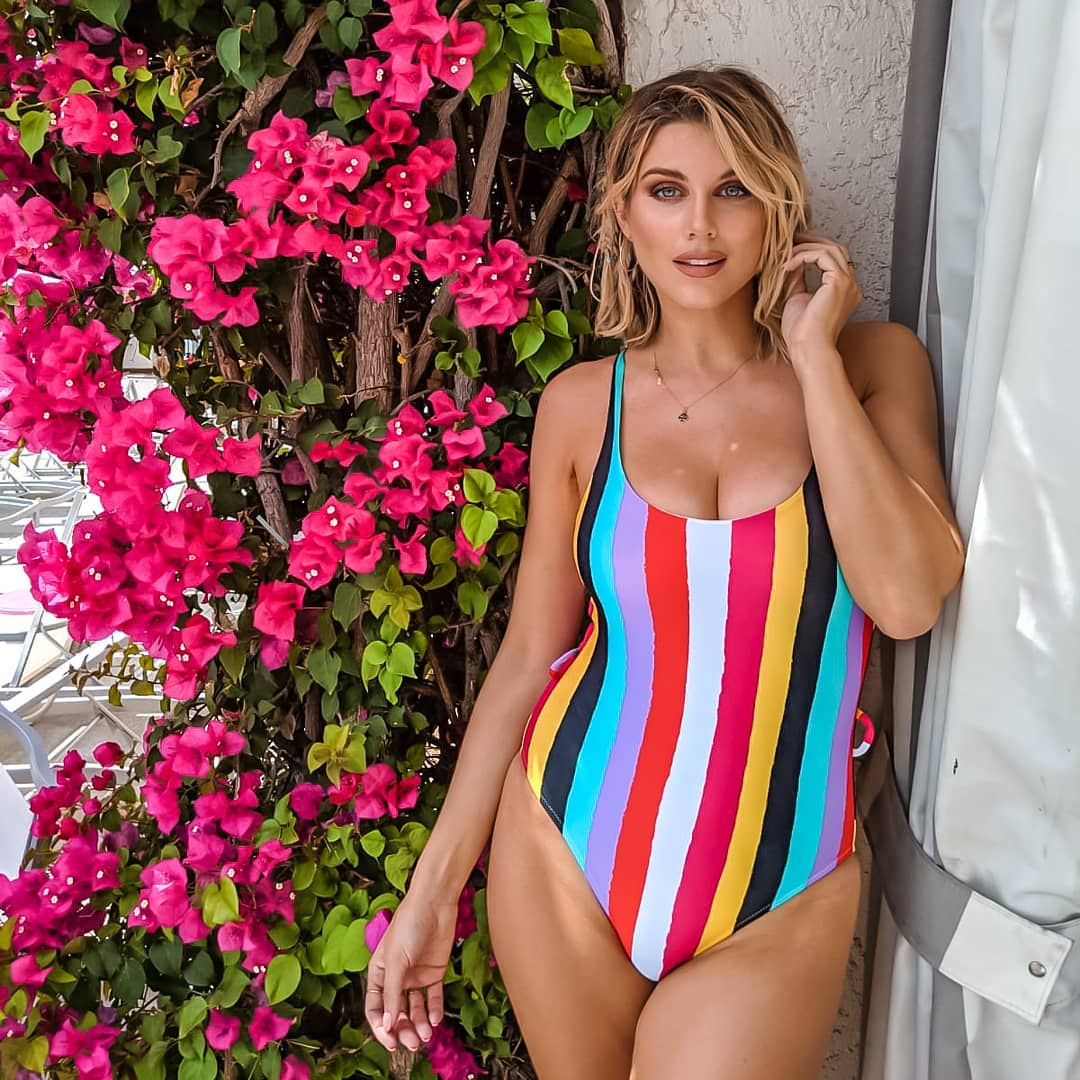 The reality star is enjoying a sunny break after being cooped up in her two bedroom apartment in west London with her boyfriend, dog and two cats for the rest of lockdown.

The couple are staying at his parents' place in France after moving in together for lockdown.

Ashley admitted: "We had already been self-isolating at my home together. "I had been feeling unwell a week or so before the lockdown was enforced and then it happened, so we thought "should we move in together for this?"

She has also posted about her lockdown body and how she's not ashamed she's put on weight after learning not to be obsessed with her clothes size. 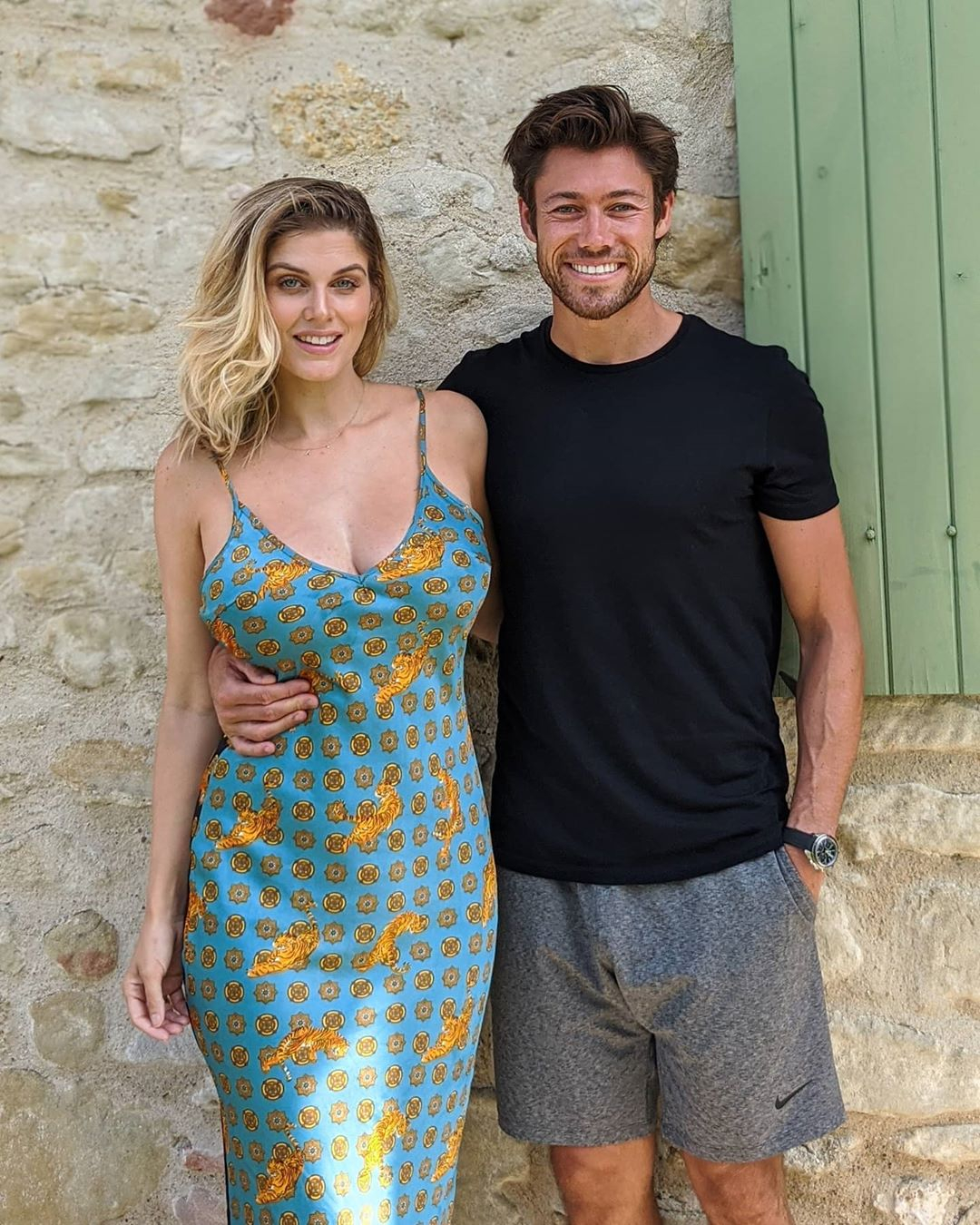 Ashley wrote: "The best thing I did in lockdown was buy bigger clothes and not worry about the sizing.✨"

"The most liberating thing you can do is throw away your scales (they don't mean anything anyway, plus muscle weighs more than fat), and stop seeing a dress size as important.
"I used to be desperate to fit into a certain size, and let it ruin my confidence if I couldn't.

"Although ironically, being squeezed into clothes that were slightly too small made me more self conscious anyway as I'd be conscious of love handles that wouldn't have been there anyway in the right size clothes (even though I think love handles and rolls are pretty sexy)." 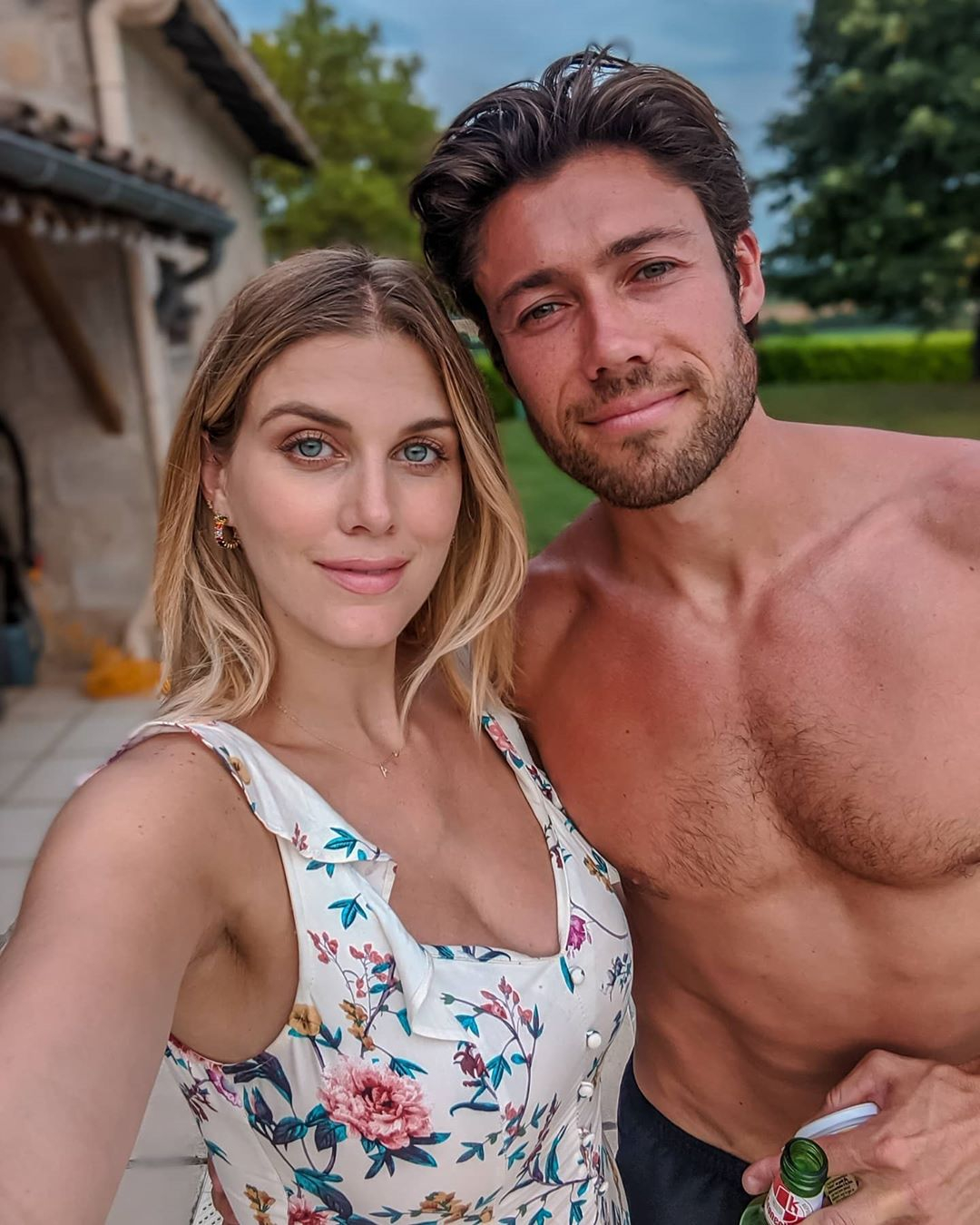 She told fans she now loves her body "regardless of how it fluctuates, because I've stopped looking at numbers and started enjoying how it functions and moves".

Ashley wrote on Instagram: "I've stopped worrying about other people's judgements because I know that's a reflection on them not me.

"I feel sexy in the clothes I wear because they're comfortable and don't feel tight.
"Don't let you body be a prisoner to numbers, and remember beauty comes in all shapes and sizes and there's nothing sexier than confidence. 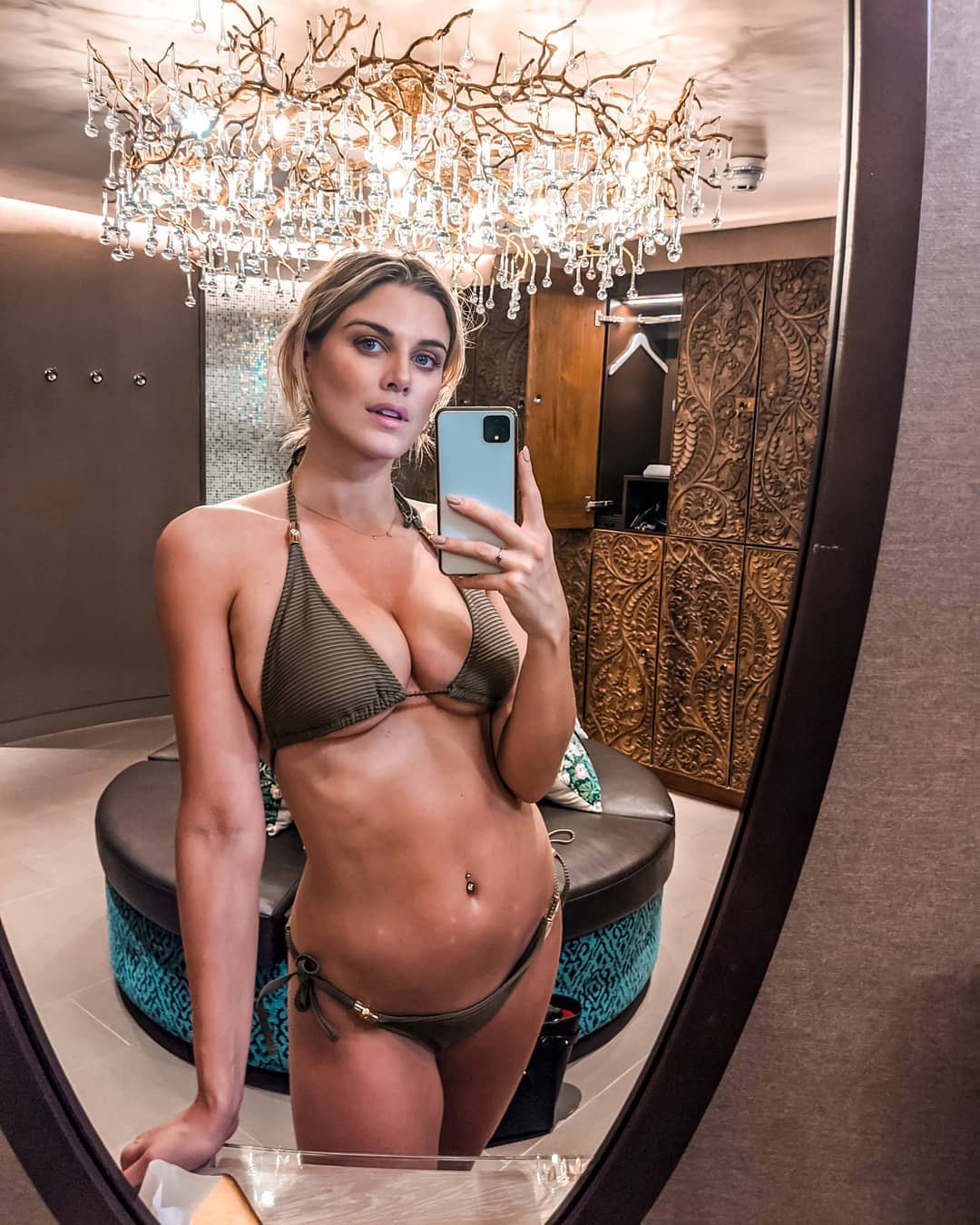 "When I look back on my deathbed, I'll remember the experiences and memories I had, not the size of my body.

"It sounds silly and cheesy, but I think of that all the time."