Below Deck crew members Ross Inia, Aesha Scott, Ciara Duggan, and Jessica More recently shared they are working on yachts together off the show. 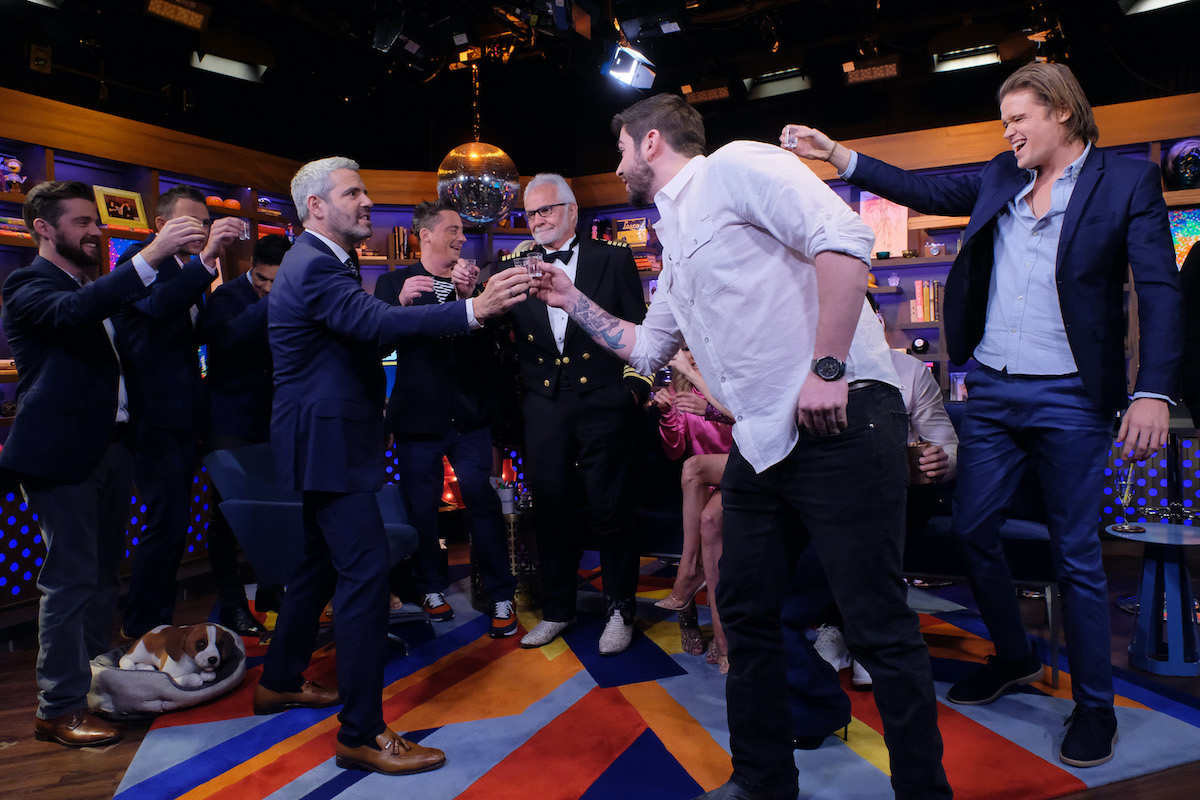 Inia and Scott are sharing fun videos of each other at work. Inia shared a video of Scott vacuuming away in a cabin. “There she is!” he exclaimed as she laughed after he startled her. Scott later posted a video on her Instagram story of Inia dancing aboard a tender.

Crew members have often mused about who would be included on their “dream team” if they could build one from the franchise. But fans have also created their own dream team list.

One fan recently suggested bringing back chief stew Hannah Ferrier from Below Deck Med and including her frenemy deckhand Bobby Giancola. Rounding out the crew were Captain Lee Rosbach, Eddie Lucas as bosun, along with Connie Arias on the deck team.

The fan hoped for Scott and Josiah Carter from Below Deck Season 6 to be Ferrier’s stews. Chef Rachel Hargrove was the chef. Ferrier saw the tweet and said, “Yes please” to the crew lineup.

Other fans have also created their own Below Deck dream team roster, mixing crew members from every series and season.

Former bosun Kelley Johnson also recently shared his dream lineup, mainly consisting of Below Deck crew members. He put Lucas in the first officer position with himself as bosun. He too wanted Arias and Hargrove on his team. But Kate Chastain as chief stew and Nico Scholly on deck. The only member from another series was More. “I’ve actually met her and she’s awesome,” Johnson said of More.

Rosbach was recently asked to choose his crew on Watch What Happens Live with Andy Cohen. He went with Hargrove as the chef and Chastain as his chief stew. But when it came to choosing between Lucas and Johnson, he said he couldn’t decide. “Wow, now that’s tough,” Rosbach said. “I can’t make a call on that. Their maturation level from the time I got them to the time that they came back. Eddie this year is just knocking it out of the park. So that’s a tough one.”

He also had a surprise too. Rosbach previously said he probably wouldn’t work with deckhand Rhylee Gerber again. But he backtracked now that time has passed. Rosbach was given a choice between Gerber and stew Kat Held. Host Andy Cohen seemed surprised by the pick.

Gerber was happy. “@capthlr MUCH love!” she tweeted. “@Andy i already know how you feel about me.” Cohen admitted on a previous radio show he was very attracted to Gerber.