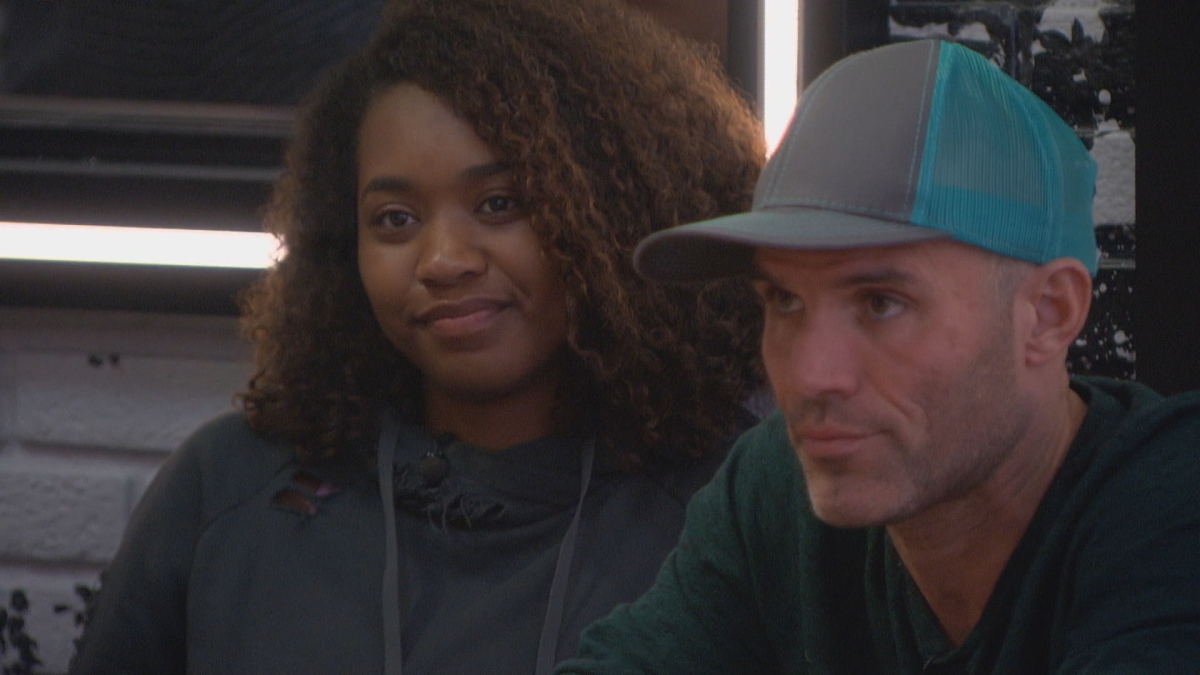 Big Brother recap time meant it was finally a chance for CBS viewers to find out what had happened in the house over the weekend. That included the Veto Competition, Tyler Crispen trying to quit the game, and a volatile Veto Meeting.

A lot of background was shown before they got into the new episode, including people taking shots at the previous Head of Household Competition and then Christmas Abbott taking the power in the house.

Christmas was also shown nominating Bayleigh Dayton and Da’Vonne Rogers for eviction. As a reminder, Christmas said that Da’Vonne was only nominated because Bayleigh was so attached to her.

Christmas had the first Diary Room session. When talking about Da’Vonne and Bayleigh, she said, “They are a powerful, dynamic duo.”

Da’Vonne seemed confused that she was nominated, which was pretty understandable after that ridiculous speech that Christmas gave at the Nomination Ceremony.

When Bayleigh went to see Christmas, it was Christmas that was crying up in the HOH Room. Christmas told Bayleigh that the only reason that she couldn’t work with her was that Bayleigh liked Da’Vonne more. What?

Da’Vonne then tried to talk to Daniele Donato about what has been going on – to which Dani lied and said she had never tried to get Da’Vonne or Bayleigh out of the house. But Dani did have a plan with Nicole Franzel.

When picking the players for the POV, Christmas drew Nicole, Da’Vonne drew Dani, and Bayleigh drew Ian Terry to play in the Veto Competition. The six people were ready to play for the Power of Veto.

Ahead of the competition, Ian needed to see the medic about the anxiety that he was dealing with. He ended up having to sit out the challenge.

Meanwhile, Dani and Nicole chatted about throwing the Veto Competition.

This was the Veto Competition where each eliminated person got either a prize or a punishment. It was the one where they held down buttons and then raced to the end of a track. Christmas won this on her season.

At the Veto Competition, Da’Vonne was the first person out. Her prize was the Power of Veto.

Bayleigh was the second person out. She got the prize to never be a Have-Not again this season. She traded it for the POV.

Dani was out next, and she got a slop costume. She traded it for the No Have-Not pass.

Christmas won the race, leaving Nicole in second place. Nicole got a $5,000 prize and traded it to Da’Vonne for the costume.

The prize for Christmas was an exercise punishment. She traded it for the Power of Veto, giving Bayleigh the punishment.

Tyler was shown not enjoying his time on the show, and he wanted to quit. He said that he felt really bad about being the reason that Bayleigh and Da’Vonne were getting targeted this week.

He went and told Bayleigh and Da’Vonne that he was going to ask Christmas to put him on the block and save Bayleigh. When he went to Christmas, he was refused. At least that’s how it was shown to the CBS audience. The conversation lasted more than two hours in real-time.

The way that the show was edited makes it appear that Christmas went to Da’Vonne and was told that Bayleigh had not really forgiven Tyler for what he had done. She told Tyler, and Tyler was shown saying that he was ready to win now and not try to make friends.

At the Veto Meeting, Christmas did not use the POV. She left the nominations the same – leaving Bayleigh and Da’Vonne on the block for eviction night.

Something that didn’t get covered was an all-women alliance that that Christmas formed on the same night Tyler tried to quit. This was with Da’Vonne before the POV Meeting the following day.

We also didn’t get to see where Christmas said she was worried about getting “shot” and “cut” by Bayleigh when she nominated her this week. Here is some video of that.