The maggots were not on display this week but we were treated to the sight of something even worse – a tapeworm being removed from someone’s eyeball. ‘My pork chow mein is definitely binned,’ commented Jade – a statement I’m sure we could all relate to at that moment.

It looks like Ruby (Maddy Hill), meanwhile, is about to find herself in a ‘Single White Female’ situation. Dani (Georgia Hughes), the girl Ruby befriended after her mother died a few weeks ago, popped in to the hospital for a visit. She’s discovered a new interest in first aid and Ruby shared her lunch with her and they whiled away the time naming bits of first aid equipment. Such fun. Later, Dani appeared with her hair in exactly the same style that Ruby always has hers. Is it just imitation being the sincerest form of flattery, or has Ruby got herself a stalker?

Best not tell Connie (Amanda Mealing) about it for now, because the poor woman is still very jumpy after she was recently attacked. It didn’t help her to hear that a paramedic had recently been jumped and hit over the head after a hoax call. To make things worse, she was summoned to see Henrik Hanssen and told that her department needs to start meeting their targets and generally sorting themselves out. When she told Charlie this he angrily told her they were ‘barely coping’ as it was. Possibly because Duffy is always doing admin.

At least they won’t have to advertise for a new porter and new doctor for a while. Rash (Neet Mohan) and Gem (Rebecca Ryan)’s passports arrived in time for their adventures abroad, but there’s been a change of plan. Gem wants to stay at Holby to keep an eye on Iain (Michael Stevenson), so Rash has decided to apply for a F2 position and stay, too. Iain is going to be back at work soon, but Jan (Di Botcher) wasn’t confident that he was ready for active duty – he needs a good shave, for a start – so he’s going to be working on ambulance control for a while. Yet again he’s been advised to have counselling. Yet again he seems to be ignoring the advice. Gem is going to have her work cut out.

Sue Haasler is the author of the official Holby City book, which you can read about here. Her latest novel, Half A World Away, is out now 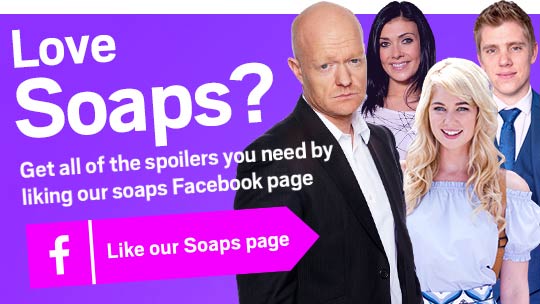