Cobra Kai tells the story of Johnny Lawrence (played by William Zabka) and his childhood rival Daniel LaRusso (Ralph Macchio) 34 years after the events of classic cult film Karate Kid. The Netflix series shows what the two have been up to since the All Valley Karate Tournament and how it affected their lives. While the two didn’t stay in touch, their feud is soon reignited.

Cobra Kai was originally a series on YouTube Premium where it first started airing on the service in 2018.

The show was then renewed for a second season which came out last year.

Over time, Cobra Kai has gained itself a loyal following and attracted attention from those at fellow popular streaming service Netflix.

The rights were acquired by Netflix and Cobra Kai is now part of its massive library of content. 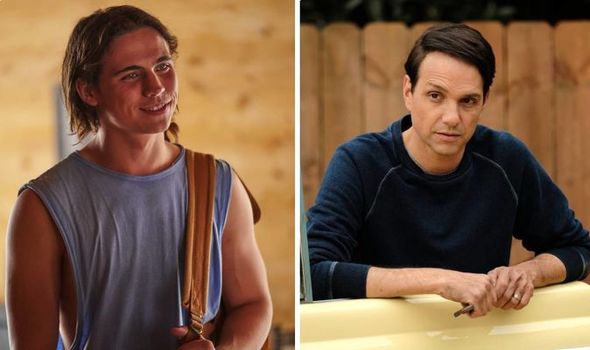 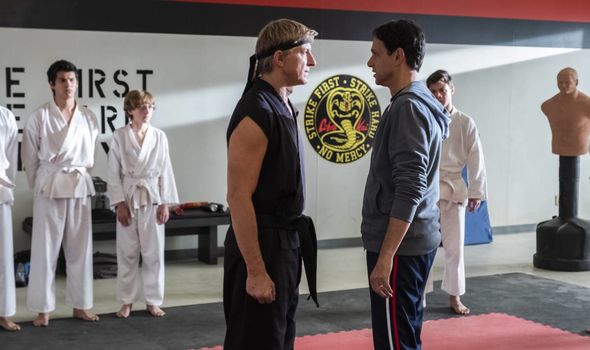 Both seasons of Cobra Kai are now ready to watch on Netflix.

All 20 episodes were dropped onto the platform on Friday, August 28.

Despite it only being just a few days since its release, Cobra Kai is already the number one trending show on Netflix in the UK as of writing this article.

So naturally, fans are already questioning how long the series will be on for. 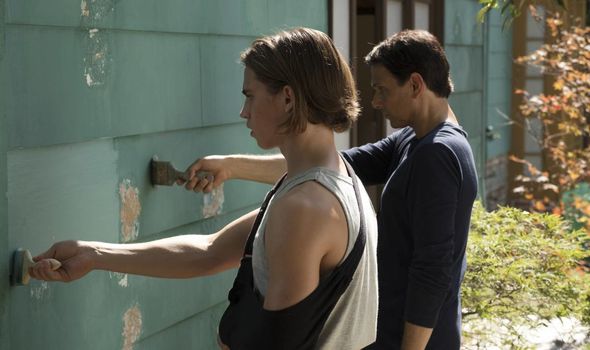 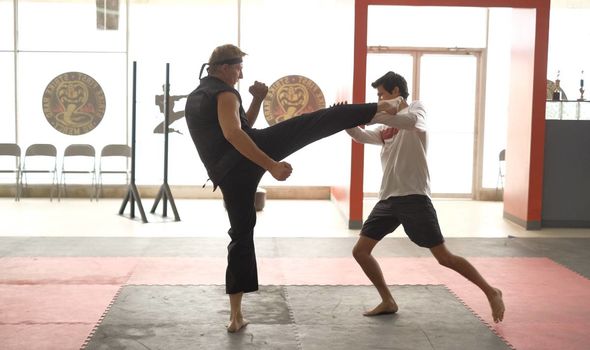 How many seasons of Cobra Kai will there be?

There are currently just two seasons of Cobra Kai which are now on Netflix.

Unfortunately, the creators have not revealed just how many series they are intending on making.

But fear not, as there is still some good news in terms of the show’s future.

There is going to be a series three of Cobra Kai which will premiere on Netflix rather than YouTube Premium for the first time.

A release date has not yet been revealed for the third season.

The new round of episodes will be dropped onto the streaming service sometime in 2021 but no further details have been announced.

Taking to Instagram, actor Macchio said: “To all the #CobraKai ‘day-1-ers’- we are not here without you!

“You are part of our #KarateKid family! And we understand your frustration on the 2021 release of season three.

“But let’s please let the world catch-up so we can all party together! It will be worth the wait! We love you guys!”

Talking to Entertainment Weekly about what would happen in series three, Macchio said Daniel will be travelling to Okinawa.

He said: “Something I can tease is that, albeit we have a lot of cleaning up to do based on the events of season two, some of the stories will dive into the origins of both Miyagi-Do Karate and Cobra Kai.

“Like, the beginnings of those two forms of martial arts, and we’ll learn stuff about both that we never knew.

“And that includes LaRusso going to Okinawa, which is a piece of season three.”

Cobra Kai is available to watch on Netflix.