Coronation Street’s Dev Alahan (played by Jimmy Harkishin) used to be the best businessman on the cobbles, but recent events have caused the shop owner to make bad financial decisions, which have left him with huge debts. However, there may be one way to solve his money woes, and that could involve him setting up a theft and claiming on the insurance.

After seeing the torment daughter Asha Alahan (Tanisha Gorey) was enduring every time she went to school Dev vowed to make her happy.

This resulted in him pulling his twins out of the local comprehensive and paying for their education at the nearest private school.

While he initially thought he could afford the fees, uniforms and extra curricular activities, Dev soon realised he had bitten off more than he could chew.

With his corner shop and kebab shop not making ends meet, and with several wages to pay, Dev took out a quick payday loan. 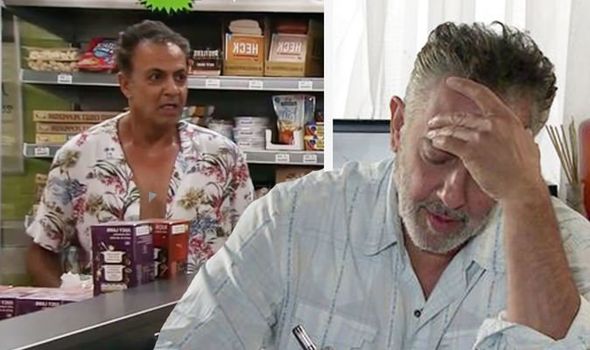 But the interest rates have been crippling what is left of his bank account.

However, when the employees heard about his plans, he buckled under their pressure and temporarily halted his plans to put the business on the market. 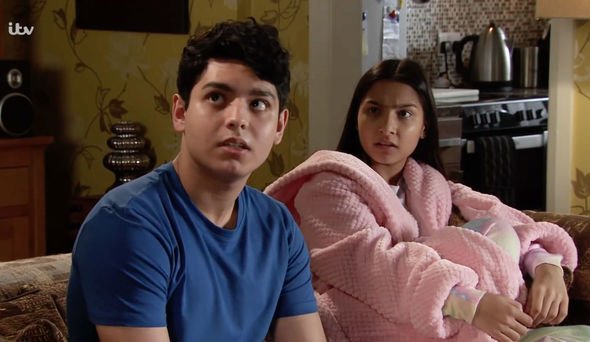 He explains to Johnny Connor (Richard Hawley) how someone broke into the shop and cleaned out the till, stealing all the alcohol and cigarettes too.

The Rover’s Return landlord instantly suspects Scott when he spots his nemesis giving Emma Brooker (Alexander Mardell) a roll of notes for her fundraiser.

Johnny will confront Scott and accuses him of robbing Dev’s shop.

But Scott laughs off his remarks, and explains he got an advance in his wages. 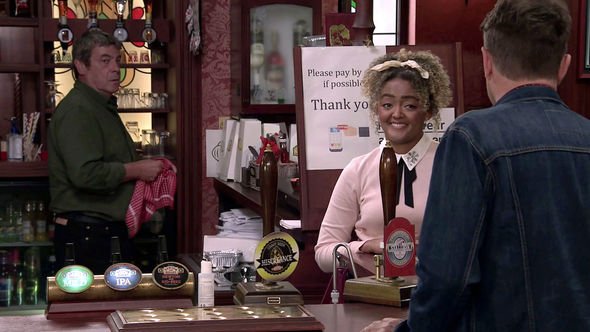 Unconvinced, Johnny helps Dev raise the issue to the police and the real culprits are soon caught after a quick look on the CCTV on the nearby buildings.

While Johnny is forced to apologise to Scott, perhaps an idea has been conjured up by Dev?

The actor who plays Dev recently joked to Express.co.uk about the way in which his character can solve his debts was to organise an arranged marriage for Asha for a wealthy Indian boy.

But what if Dev could stage a theft in his own shop and then claim on the insurance?

Should the place be entirely ransacked and trashed, or even set on fire, then Dev could make hundreds of thousands of pounds.

In doing so, he would be able to pay off any outstanding debts and potentially rebuild his businesses.

However, another alternative could see Dev sell the kebab shop to Ray Crosby (Mark Frost). After all, he has registered interest in taking over several local businesses and building up his portfolio.

Coronation Street airs Monday, Wednesday and Frida at 7.30pm and 8.30pm on ITV.