The Duggar family is one of America’s largest families. With 19 children, Michelle and Jim Bob Duggar have a lot of mouths to feed. And since the Duggars’ lifestyle is different from most, Michelle and Jim Bob are also providing their kids with jobs and homes. But Counting On fans think the lives the younger Duggar kids live now have made them much healthier than the lives their siblings once lived. 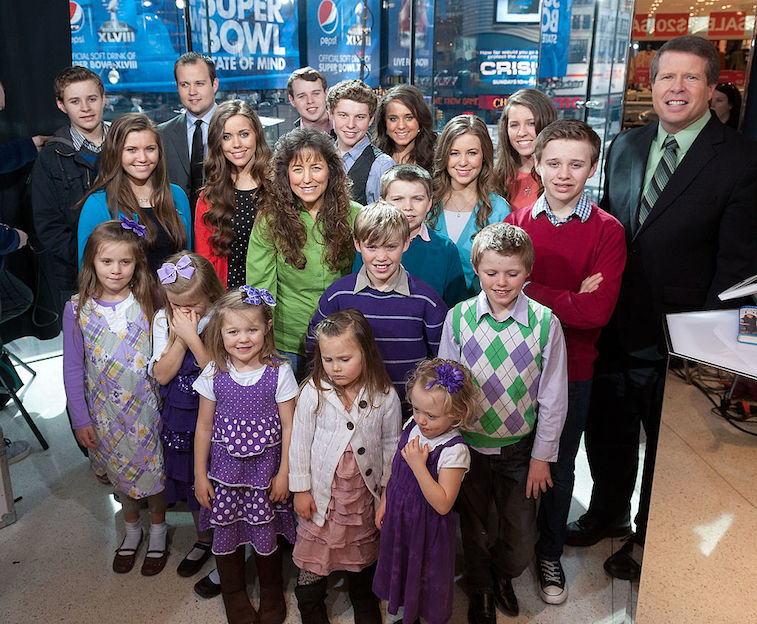 The Duggars don’t live the way most American families do.Michelle and Jim Bob Duggar once believed in birth control, but after Michellewent through a miscarriage while on the pill, the two decided to no longerbelieve in preventing pregnancy.

The Duggars are very religious and have a deep connection with their faith. That, combined with the lack of birth control, is mostly why they had 19 kids. But with so many kids comes many mouths to feed, and fans have often wondered how the two were able to do it.

Fans have suspected the Duggars were once food insecure

The cost of living to raise a family isn’t cheap. So with 19kids, Michelle and Jim Bob had to find a way to give their kids a good life ona budget. Before the show, Jim Bob’s real estate career was the family’s soleincome. And Counting On fans haveoften wondered how he and Michelle were able to feed so many children on one salary.

In the past, the Duggars have posted Instagram photos featuring family recipes that don’t seem nutritious or filling. It’s led some critics to suggest Jim Bob and Michelle’s older kids were raised with food insecurity issues.

New recipe! *swipe up in story or visit link in my bio!* www.dillardfamily.com

These days, Counting On provides the Duggars with another major source of income in addition to Jim Bob’s job. With that, some who follow the show think the younger kids are now living much healthier lives than their siblings did growing up.

“I feel like when you look at pics of the older girls growing up they have always been quite thin, verses the girls growing up now,” one user posted to Reddit, suggesting the younger girls appear to have healthier weights than their older siblings did at that age. Other users suggest the girls’ interesting meal choices for their families today reflect their lives growing up. “Yeah food insecurity and poverty can definitely cause a weird relationship with food that lasts for years,” someone wrote.

It’s unclear how the Duggar kids make their money

These days, fans still wonder how Michelle and Jim Bob’s childrensupport their families. None of the sons went to college, and though all of thesons and sons-in-law have jobs, it doesn’t seem like they could make enoughmoney to support their growing families. Fans suspect that Jim Bob pays eachchild a “salary,” since Derick Dillard (who has essentially been banned fromthe family) once insinuated that Jim Bob has control of the money. Regardlessof how the Duggars make their cash, they seem to always make ends meet.