Danny Trejo, 76, drops by the ABC comedy’s season 3 premiere as Tito, a neighbor of the Conners who pays a visit next door seeking some advice, but also has a surprise for Dan (John Goodman). His episode airs Wednesday, Oct. 21.

Only ET has the exclusive first photos of Trejo’s guest-starring appearance, where he makes a memorable debut by wearing a face mask with his own smiling face on it. Of course!

In the images, Trejo’s Tito is seen giving Dan a manila envelope as the neighbors have a friendly chat. 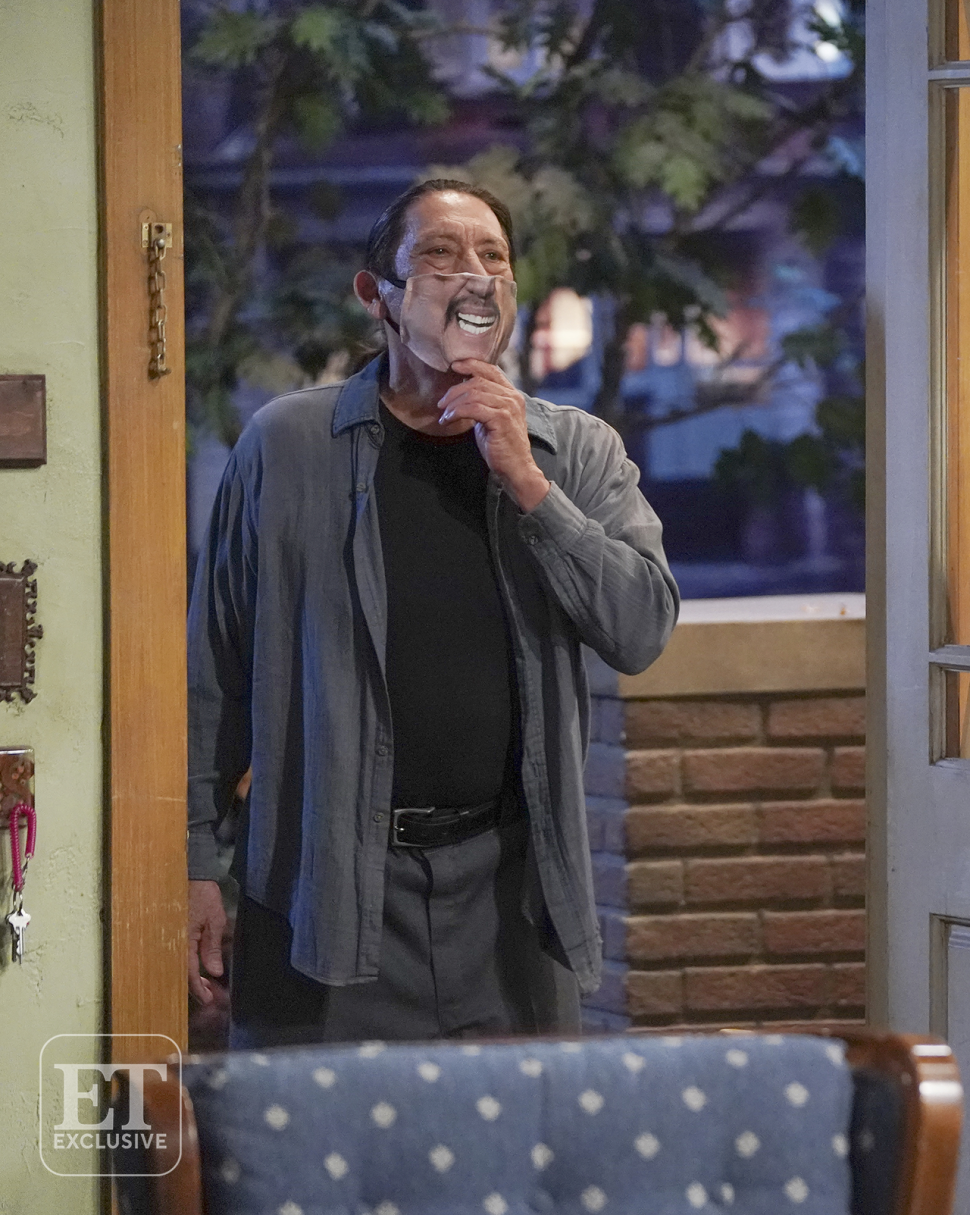 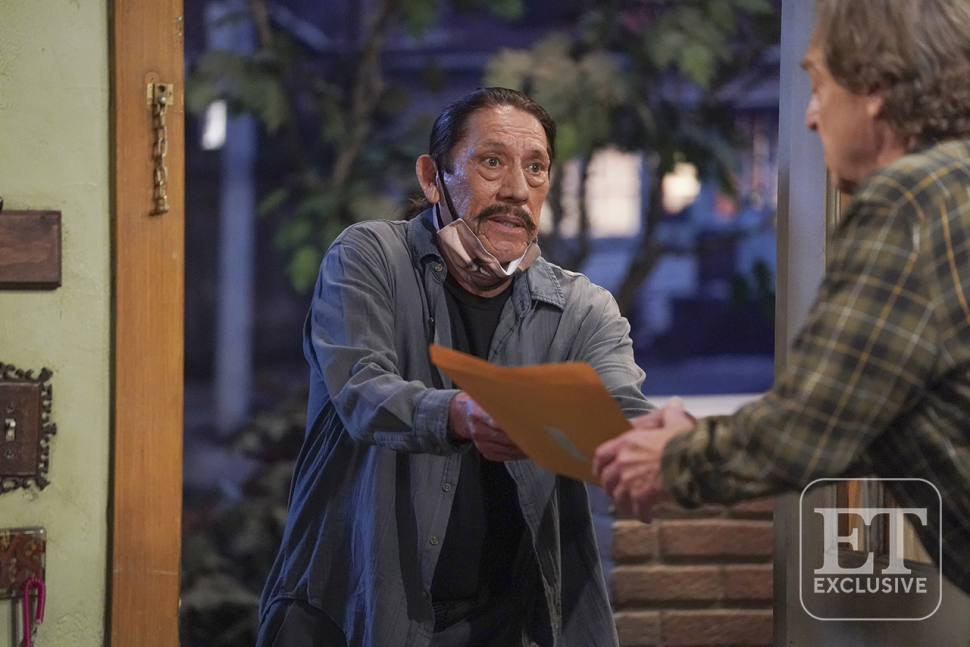 Season 3 of The Conners will address the coronavirus pandemic, as alluded to in the first look above. This season, the Conner family will face the pandemic head-on as they continue to navigate the daily struggles of life in Lanford, as they grapple with parenthood, dating, financial pressures and aging in working-class America.

“The characters were built for disaster, and we’ve been following their life and their trials through all the things that have been going on since the 1980s. It just seemed natural that we would be in the middle of this and do it,” executive producer Bruce Helford said during The Conners‘ virtual press panel on Sept. 30. “I know there are a lot of shows that probably aren’t going to be reflecting what’s really going on, but we felt that it was an obligation to our viewers and to stay relevant and to show them what it’s like for a family that knows how to get through hard times but is thrown a curve like never before.”

“We’re going to continue [to address the pandemic],” Helford confirmed. “We’ve already shot four episodes. You have to do a little bit of crystal‐ball gazing to figure this out. We are going to continue with the pandemic probably throughout most, if not all, the episodes, assuming that there’s going to be at the very least certainly hot spots or things like that. God willing, we’ll be doing it long after it’s gotten better in America.”