DAVINA McCall has been left heartbroken after her dog was stolen by two women in Tunbridge Wells.

The former Big Brother host, who recently moved to Kent, reached out on social media today and told her followers to share her plea for help to find missing Bo. 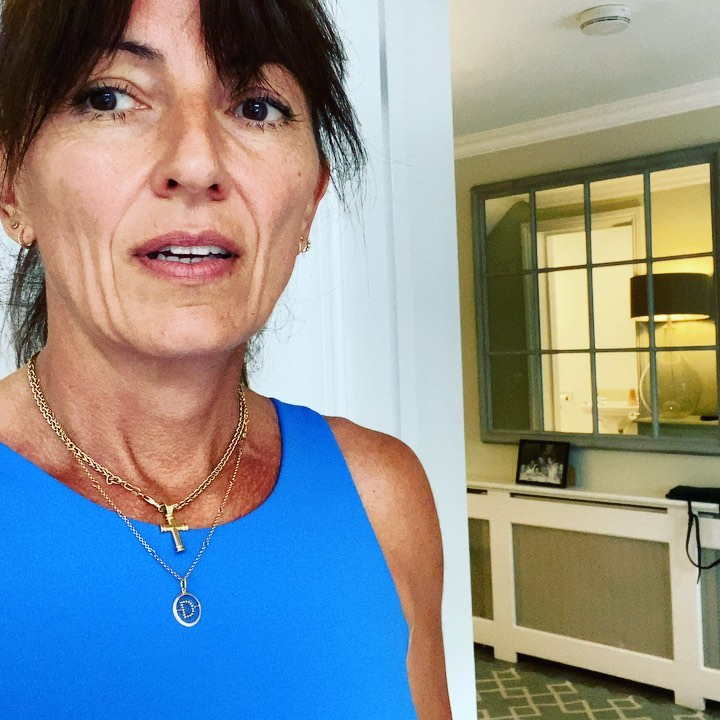 And within two hours, Davina, 53, said her social media plea worked – and Bo was safely in the custody of a dog warden.

The presenter revealed a member of the public had contacted her to say they had witnessed Bo being taken by two women who had promised to hand him into a vet.

She wrote to fans: "I know this is a long shot. My dog Bo was picked up in Tunbridge Wells by two ladies and they told someone who told me that they were taking her to a vet . She is chipped. 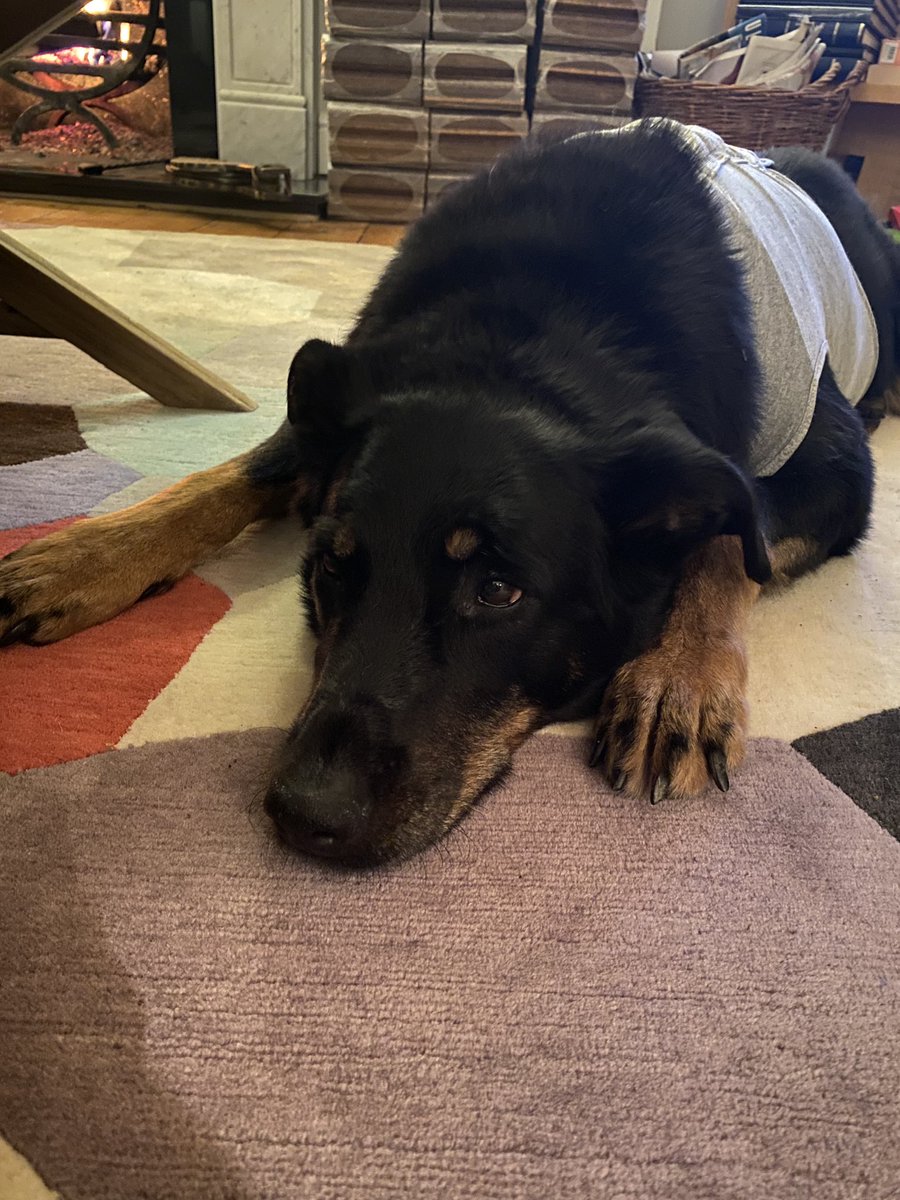 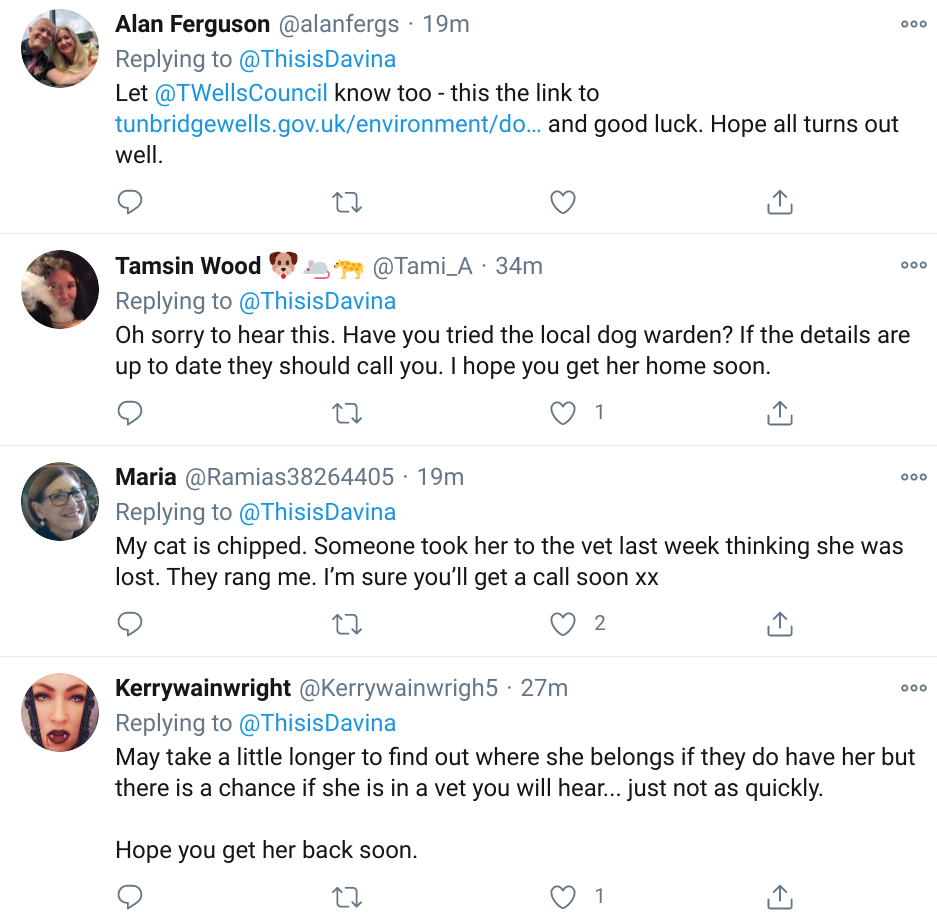 Fans quickly shared advice in the comments, as one replied: "Have you let Pet Log know? They can notify all vets and kennels within a 30 mile radius. http://petlog.org.uk"

Another tweeted: "Do you have a ‘lost dogs’ group in your area on FB probably that you can contact, their posts tend to reach lots of relevant people"

She has shared videos of walking Bo in the Kent countryside in the past.

Earlier this year Katy Perry and Orlando Bloom were left searching for their missing dog Mighty as the actor said his heart was "broken".

A few hours after being spotted, Orlando took to Instagram to alert his fans, friends, and family that he needed their help in finding the family dog.

"MIGHTY IS MISSING in Montecito, California. He is chipped and his collar has a number to call – if you take him to your local vet or shelter or police station, he can be traced back to me," the Pirates of the Caribbean pleaded on Wednesday night."

"For a reward please only send real info, my heart is already broken so please don’t add insult to injury." 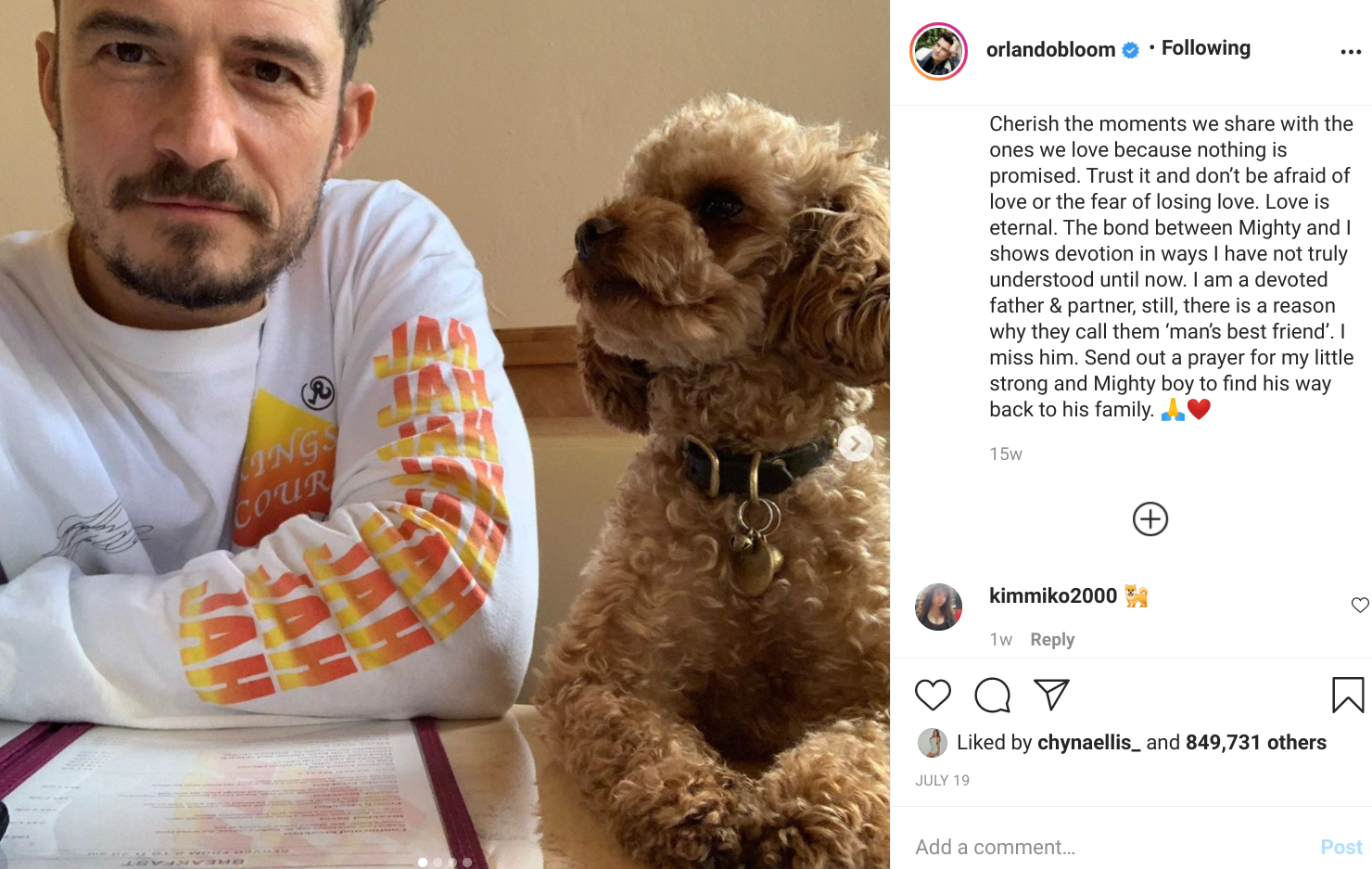 The actor, 43, broke down in tears as he got a tattoo of the red poodle's name on his chest in honor of his beloved pup.

Orlando wrote on Instagram: "Mighty’s on the other side now. After 7 days of searching from sunrise to sunset and into the wee hours, today, the 7th day ~ the number of completion ~ we found his collar…"