BBC drama Death in Paradise had DI Humphrey Goodman (played by Kris Marshall) in the role of the Saint Marie’s bumbling detective in the show’s fifth season. And in the fourth episode, fans saw Humphrey have to solve the seemingly innocent murder of Cedrik Verga (Trevor A Toussaint), whose funeral kicked-off the instalment. However, it has now emerged there is a plot hole within the episode after a fan has come across an inconsistency with the dates of the supposed crime.

Series five, episode four was titled A Personal Murder and saw a slight shake-up to the traditional set-up.

Instead of starting with a murder, the episode began with a funeral, attended by Officer Dwayne Myers (Danny John Jules).

The funeral was to say goodbye to Saint Marie resident Cedrik, who supposedly died of natural causes in his sleep.

The service seemed to go as planned until a huge bombshell was dropped on Dwayne. 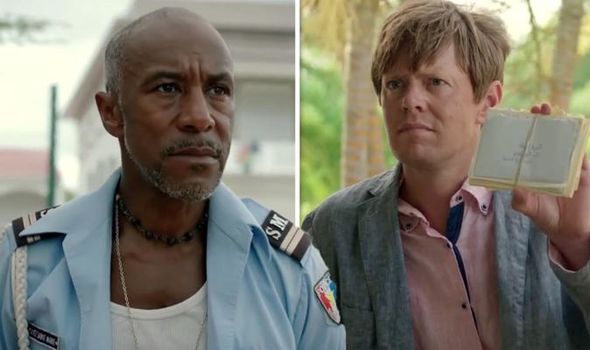 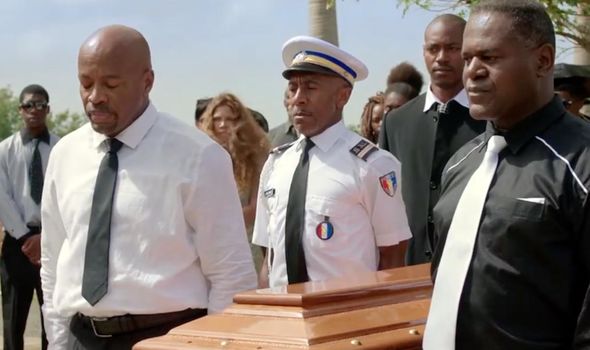 Just as Cedrik’s body was to be cremated, Dwayne received a text from the deceased, stating: “I was murdered.”

This set alarm bells ringing for Dwayne and he soon told Humphrey about the ominous message he had received.

Although Cedrik’s phone was in his coffin, Dwayne knew there was no way this text could have come from his friend.

And Humphrey soon agreed to investigate the findings – where the team soon concluded Cedrik had died of more sinister reasons. 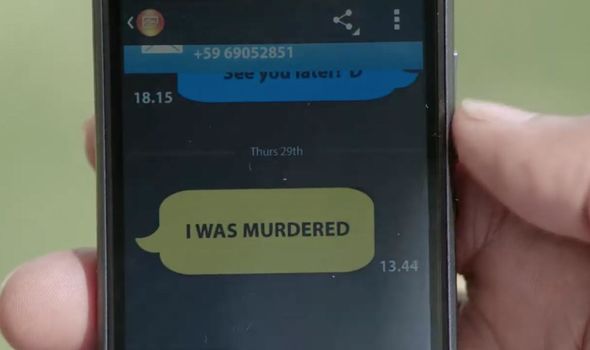 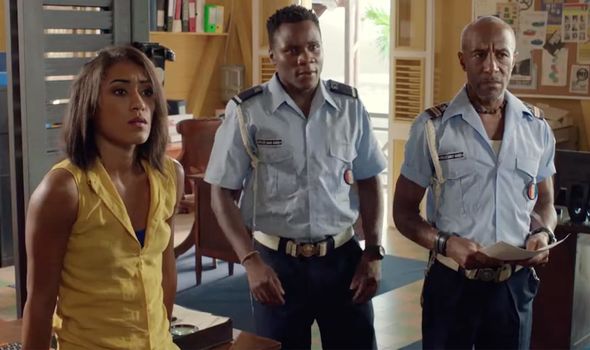 But one viewer took to fan site MovieMistakes.com to tell all about the blunder they noticed within the plot.

They wrote: “[Humphrey] Goodman receives the package from the postman, and it is stated that Cedrik bought the watch on the 10th, which is said to be two days before his death.”

However, the go on to point out the problem with the scene.

The fan added: “His [Cedrik’s] death being on the 12th is inconsistent with both Dwayne’s phone desktop (July the 4th) and the message (Thursday 29th).”

The investigation ends up leading to Humphrey and his fellow officers to re-examine a historic case.

Humphrey interviewed Dr Ivann Tate (Tony Armatrading), the coroner who had recorded the death as being of natural causes.

He also speaks to a host of other suspects including a man named Temmy (Gary McDonald), whose girlfriend had left him for Cedrik.

And by delving back into the old case, Humphrey soon found out exactly who had a long-running motive for wanting the victim dead.

Fans will be delighted to know the show is back filming for its 10th season after The BBC announced the series had kicked off production again in July.

Like many other programmes across the globe, preparations were halted due to the coronavirus.

The cast and crew of the BBC series returned to the French Caribbean island of Guadeloupe and are still filming the latest season.

Executive Producer Tim Key said: “We are delighted to be able to start filming and can’t wait to celebrate our 10th series with our audience.”

Death in Paradise seasons 1-9 can be streamed on BBC iPlayer now.