Now that 90 Day Fiance fans know about Deavan Clegg’s new relationship, she’s been showing off her new boyfriend Topher Park quite a bit.

She’s even been sharing photos of her new man holding her son Taeyang, a move that many think is intentional in an effort to hurt estranged husband Jihoon Lee.

Even though Deavan and Jihoon are still together on Season 2 of 90 Day Fiance: The Other Way, in real time, they have been split up for several months now.

In that time, Deavan quickly moved on with Korean-American actor Topher Park despite telling fans that she would be taking things slow.

Deavan Clegg and Topher Park are moving in together

Despite still being married to Jihoon, Deavan revealed on her Instagram story that she is moving in with Topher.

It appears the 90 Day Fiancé star deleted her Instagram story after fans criticized the model for posting photos of Topher Park with her 1-year-old son with Jihoon Lee. 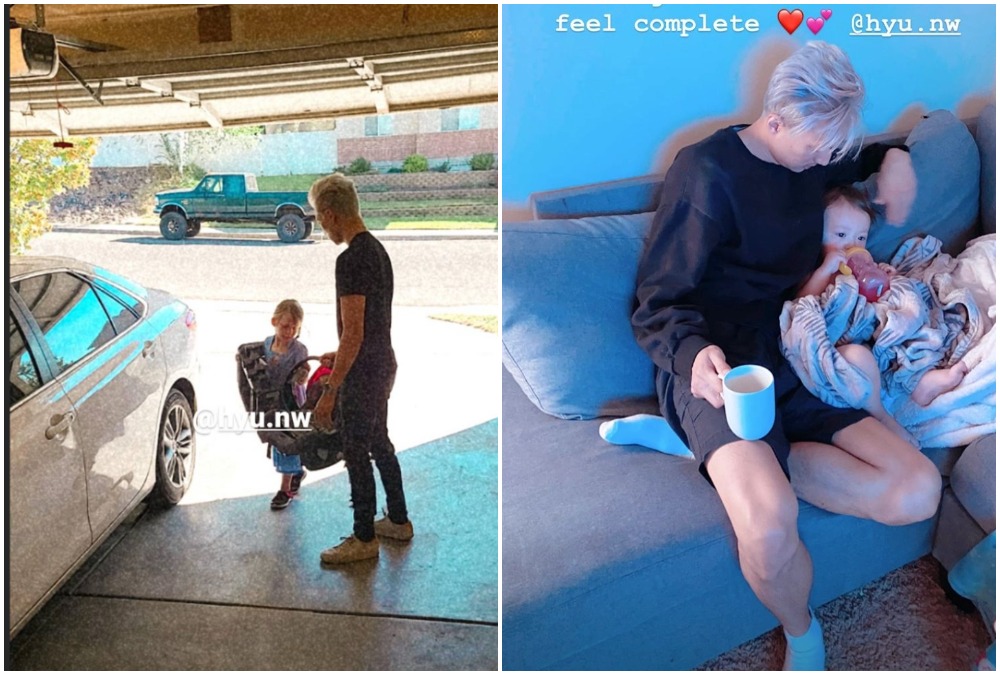 Deavan has reportedly been dating Korean-American boyfriend Topher for several months. According to Deavan’s mom Elicia, Deavana and Jihoon broke up at the end of 2019 and that the footage we’re seeing on The Other Way was filmed in August 2019.

Now, she’s posting photos of his son with another man in matching outfits and cuddling on the couch. In her latest photo shares, she’s even revealed that they are moving in together and has said that Topher Park makes her “feel complete” in a photo of him cuddling with Taeyang.

When Jihoon Lee spoke out about the abuse allegations, he also took aim at Deavan for moving on so fast. He told 90 Day Fiance fans that she asked him to be Drascilla’s dad. Then, he blasted her new boyfriend Topher Park for pretending to be Taeyang’s dad.

Deavan and Jihoon won’t attend the 90 Day Fiance: The Other Way Tell All

Due to the legal repercussions of the allegations made against Jihoon, it appears the former couple won’t be in the 90 Day Fiancé: The Other Way Season 2 Tell All. The series, which returns to TLC from its mid-season break on Sunday, the couple is barely holding it together.

Their relationship issues in the recent episodes stem from Jihoon’s lack of financial responsibility. “Jihoon admitting that he’s not financially ready for us to come to Korea is devastating because he told me everything was fine,” Deavan told the cameras. “But he lied to trick me into coming and that’s not OK.”

Deavan and Jihoon’s relationship is unraveling as 90 day Fiance viewers continue to watch. And we already know how this story is going to end.

Will Topher Park appear in 90 Day Fiance: The Other Way? While it is unlikely that he joins this season, fans may see more of him in the future.