Doctor Who has seen a range of actors play the iconic protagonist in the sci-fi cult classic, and they’ve each been equally as good, bringing their own flare to the role of the eccentric Doctor. And while those who were lucky enough to be cast got an out of this world experience, one actor revealed he would have loved to have the opportunity to fight the Daleks and save planet earth from alien destruction, which begs the question – is this the first glimpse of the 14th Doctor?

Back in the day, I would have loved to have had an opportunity to play Doctor Who

Lucifer’s Tom Ellis admitted that before landing the lead role on the fantasy TV show, he would have liked to have taken on the challenge of playing The Doctor.

In a recent interview, the demon detective said: “Back in the day, I would have loved to have had an opportunity to play Doctor Who.

“I just never think that ever would have happened.

“Partly because I’d have done this show – and I just don’t think people thought of me like that,” he told Square Mile. 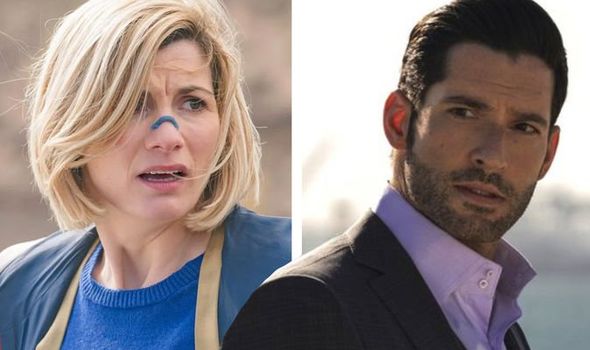 We will use your email address only for sending you newsletters. Please see our Privacy Notice for details of your data protection rights. Lucifer star Tom Ellis reveals if he would join Doctor Who

While he never got to hold the iconic screwdriver, he did however appear in the series during a guest spot in the season three finale alongside Tenth Doc, David Tennant.

But could his passion for the character and the show stand him in good stead to be in line to take the reins when the 13th Doctor steps down?

Currently, the mantle is held by Jodie Whittaker, the first female actress to portray the popular science fiction hero.

Before the series’ new showrunner Chris Chibnall adopted gender-blind casting, the charismatic Ellis was considered a “natural fit” for Doctor Who.

For now, Whittaker is still in the driving seat but fans might have a bit of a longer wait for series 13, which was delayed due to coronavirus.

While the Christmas special is filmed and ready for broadcast, the rest of the season may not be available until 2022.

And to add to that bad news, rumours that her trusty companion Graham O’Brien (played by Bradley Walsh) is expected to step down from the role have begun to circle.

It’s likely his exit could be tied in with the hugely-anticipated festive episode, which always keep viewers on the edge of their seats.

This year’s installment is set to see the Daleks return for the “Revolution of the Daleks”, which could mean a nasty demise for poor Graham… if he leaves that is!

Elsewhere the Daleks are taking on another threat, as Tennant reprises his role as The Doctor in a new audio series.

He said of the spin-off: “It’s a big old epic sweep.

“It reminds me a little bit of those Flash Gordon serials that used to be on the TV during the school holidays when I was a kid.

“Each story has its own self-contained world, but the whole thing has an over-arching momentum.”

He added to Radio Times: “I’ve really enjoyed how varied it is, all within this one story, and the variety of worlds that we go to and environments that we’re in.

“And, as we go through this space opera, to have all these characters brought so clearly to life by a whole range of wonderful actors, it’s been a treat.”

The Doctor he will be flying solo on his latest ventures into the Dalek Universe, but we all know he can handle himself!

Doctor Who is available to watch on BBC iPlayer.