Dunkirk retold the almost unbelievable story of Dunkirk Evacuation of 1940. Christopher Nolan attempted to tell this story in a unique way, bringing together three nuanced timelines and converging them to create true cinematic splendour.

The largest storyline in the film followed three young troops trying to get back to Britain.

Included in this rag-tag group of British Army misfits was Aneurin Barnard, who played Gibson – a stowaway on the journey of Alex (played by Harry Styles) and Tommy (Fionn Whitehead).

Now, Barnard stars in the brand new colonial drama Barkskins, in which he plays the mysterious and somewhat malevolent Hamish Goames.

During this limited series, fans will see the young actor delve into some of the most unnerving acting he has ever given, as he truly goes all out in an exceptional manner.

Speaking exclusively to Express.co.uk, Barnard explained how enormous the set and location of Barkskins was.

“Everything was built properly, and by hand,” Barnard explained over Zoom. 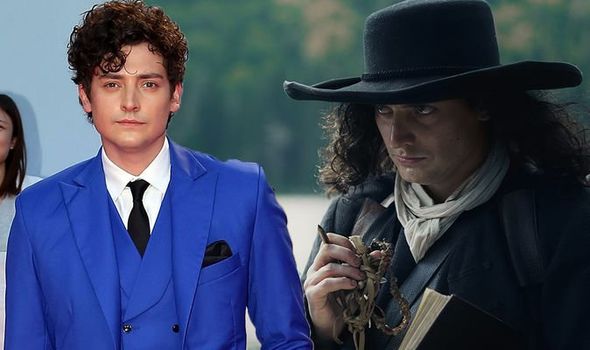 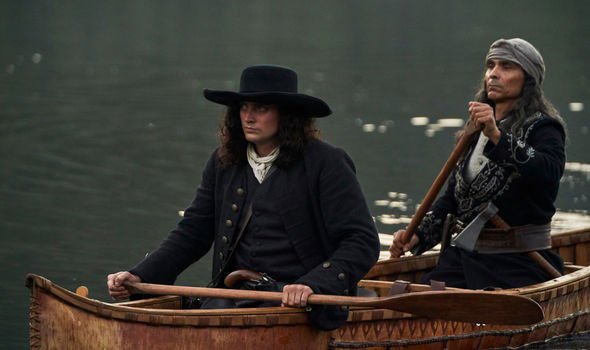 “Forget the story, forget the actors, forget everything else – I’d watch it just to see that!

“We were pretty much where this would have taken place – in Canada, Quebec. It was about an hour away from the main city of Quebec – we were in the middle of nowhere.”

The series follows a small settlement and a murder most foul which raises suspicions of the British Army.

Although everything in the show looks real, Barnard explained it actually was.

“Basically they felled thousands of trees,” he went on. “And used everything they cut to build the set with. All these log cabins, these inns the marketplace – everything. Everything was there.

“We had animals that stayed there, we had cabbages that were growing there. It was literally just walking into a different world every single day.” 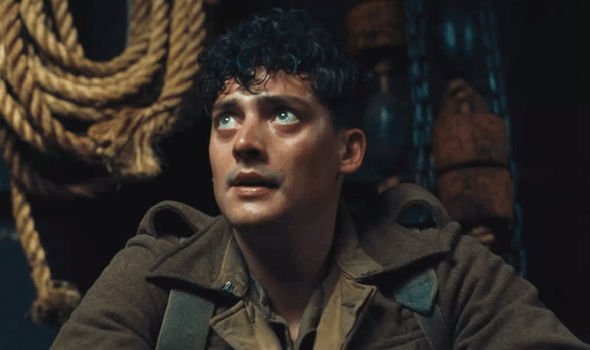 This wasn’t too much of a shock to him, however, as he had only worked with Nolan just a few years ago.

“When you work underneath Christopher Nolan nothing shocks you ever again,” Barnard confessed.

“When we did Dunkirk it was the biggest scale thing I’ve ever been involved [in].

“And even for some of the more experienced, older actors they – it was the biggest thing they have ever done.”

“For me, if anything, Christopher Nolan works so intensely – and so do I and always have – and that was kind of reassuring to see someone so incredibly talented have the same kind of work ethic.”

Going on to touch upon how he brought the lessons he learned from Dunkirk into Barkskins, Barnard went on: “So, I just take that into everything anyway.

“If anything, it was kind of reassuring doing something big like [Dunkirk] because then it was like – okay: This is how I work.

“Christopher Nolan said it’s okay, so it must be okay! Taking that then into something like Barkskins it’s like… okay let’s see if [showrunner] Elwood [Reid] is going to be okay with what I’m doing and how crazy I can be

On continuing the Barkskins story in a potential second season, Barnard teased: “I think there’s so much left to say in the story.

“I’d love to see it go on. You spend so much time explaining who the characters are why they’re there… and this has really been set up for more.”

Barkskins begins tonight at 9pm on National Geographic, and continues every Tuesday.