The terraced home already houses 12 members of the family and tonight four more squeezed in. 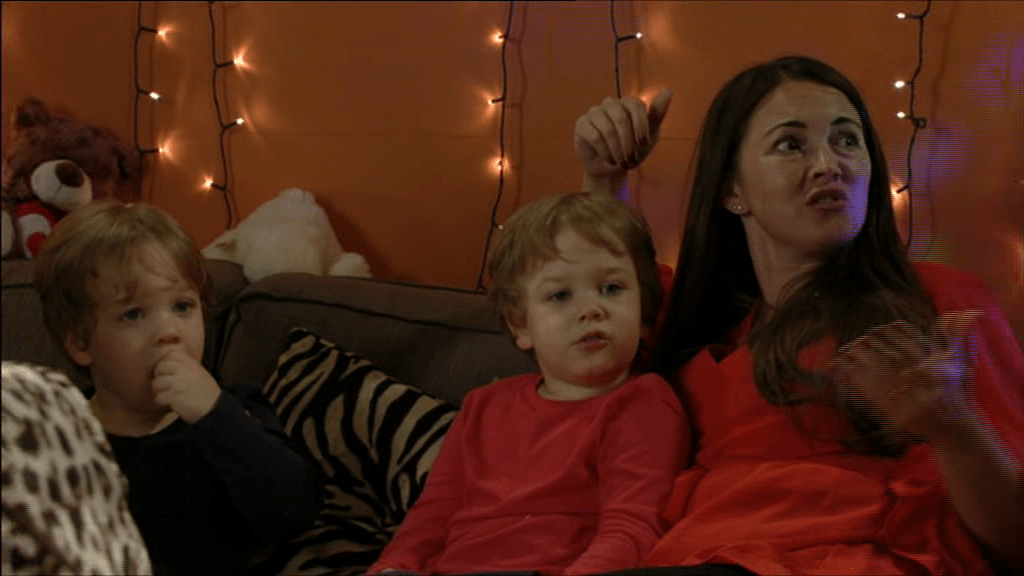 Stacey lives in the house with her three children, Lily, Arthur and Hope, and she's been joined by Kat and Mo, and mum Jean as well as Whitney and Tiffany.

Her ex Martin has moved back in as well as Hayley and her baby daughter.

Alfie is now back in Albert Square with the three boys he shares with Kat, and he brought them over to the house in tonight's episode's for Hayley's birthday party.

He ended up finding out he's the father of Hayley's baby, but viewers were more interested in the living arrangements after Kat invited Alfie and the boys to stay over. 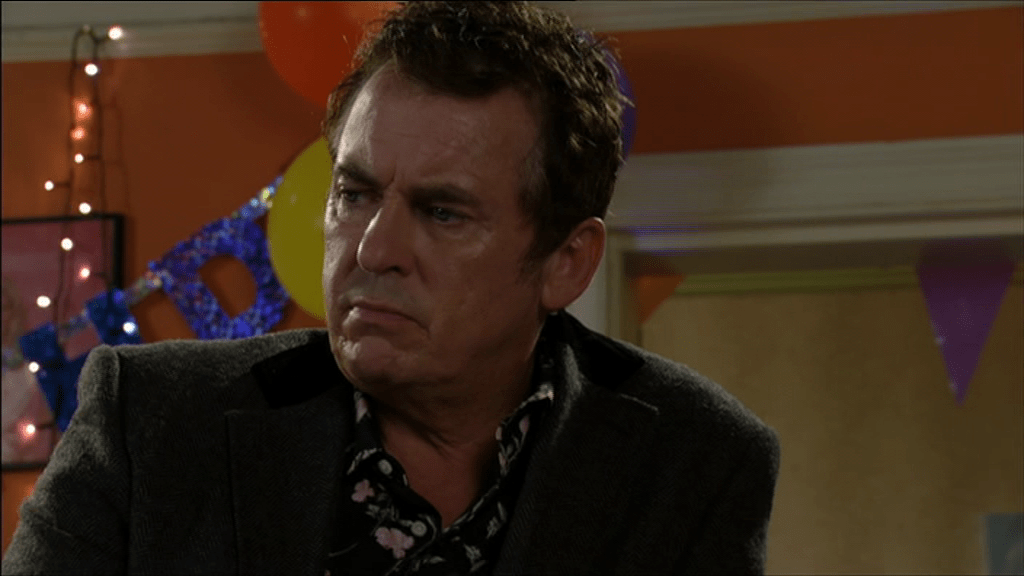 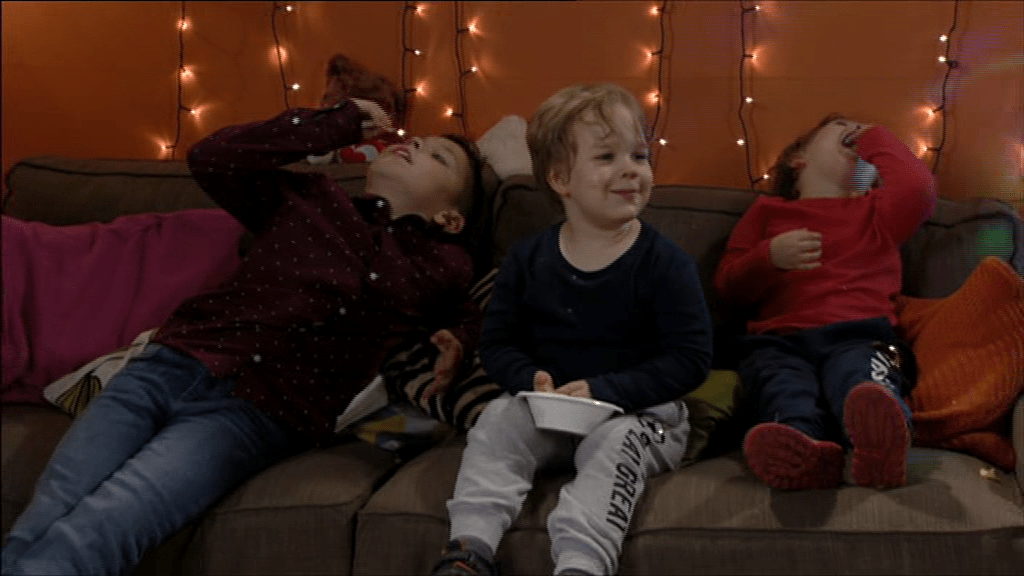 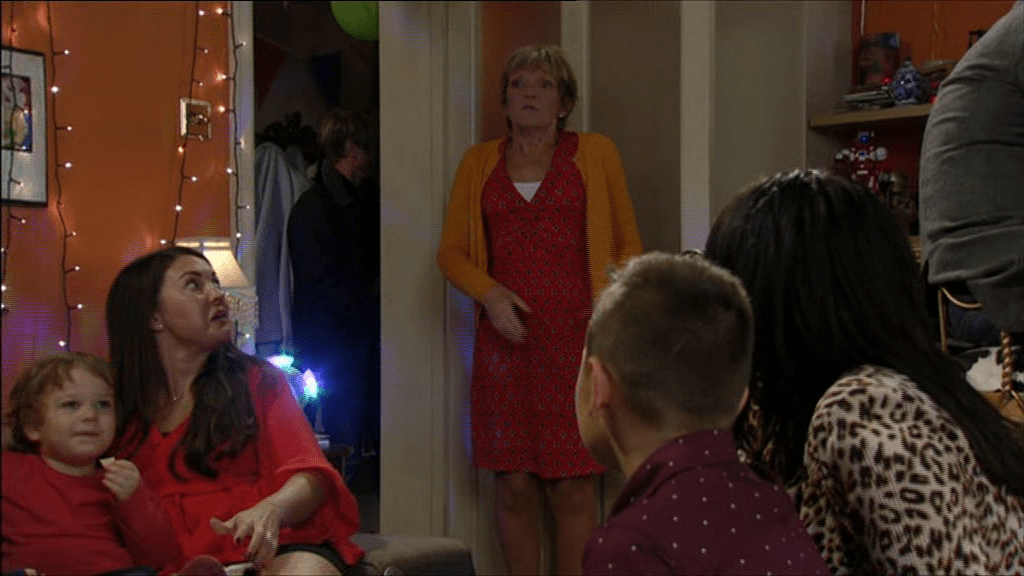 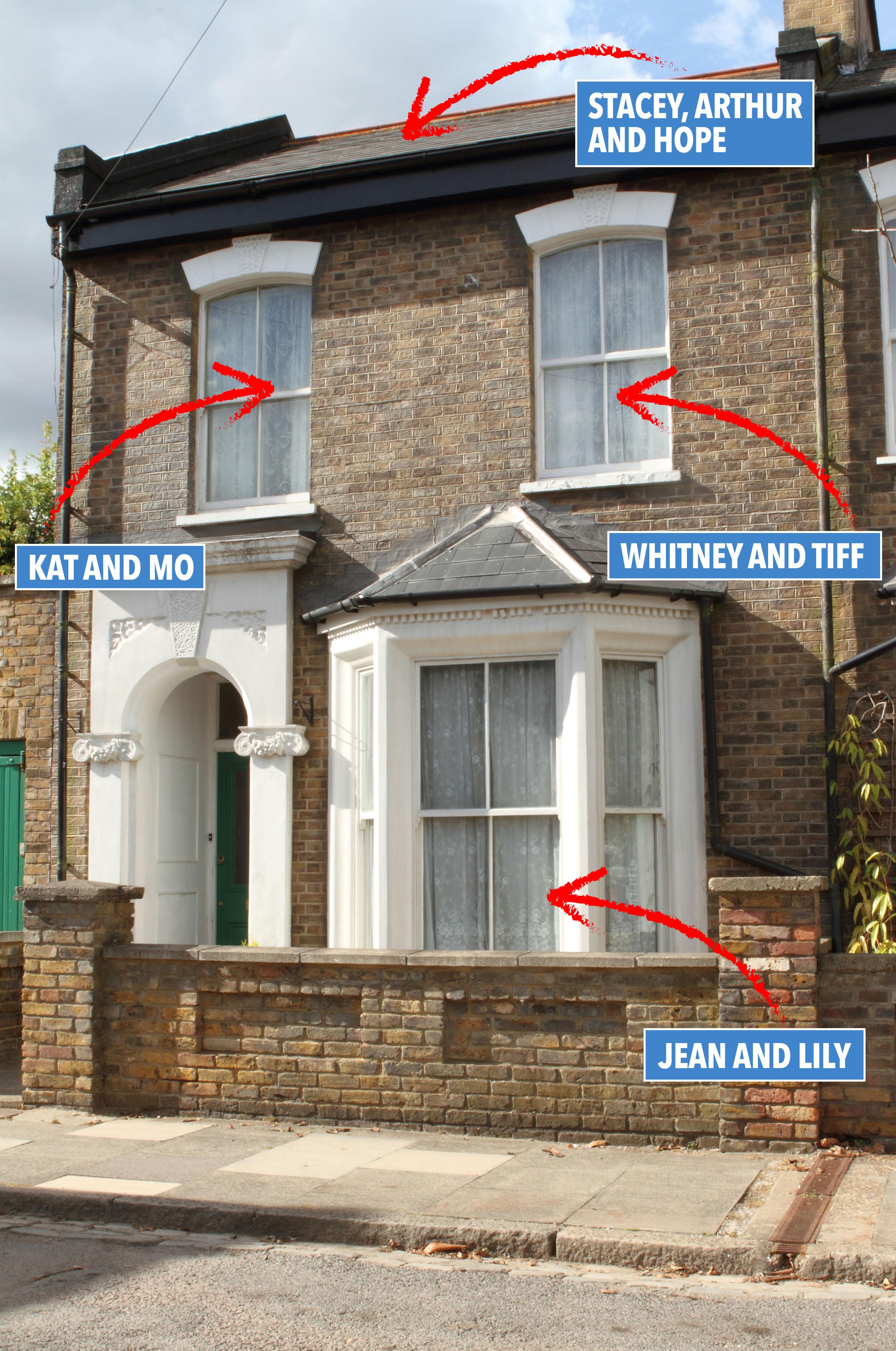 They pointed out the house must now be packed to capacity after Stacey gained four more guests.

One tweeted: "So we’ve got like 11 people living in the slaters house and now alfie and 3 kids are also staying, where tf are they all sleeping??"

Another wrote: "#eastenders Size of these houses in Walford. So many room doors, so little time!*!"

A third added: "Yet more people in the slaters mini mansion #eastenders."

Another joked: "The whole cast of #Eastenders are going to move into the Slaters household."

One more added: "How does Stacey’s house fit everyone ? #EastEnders." 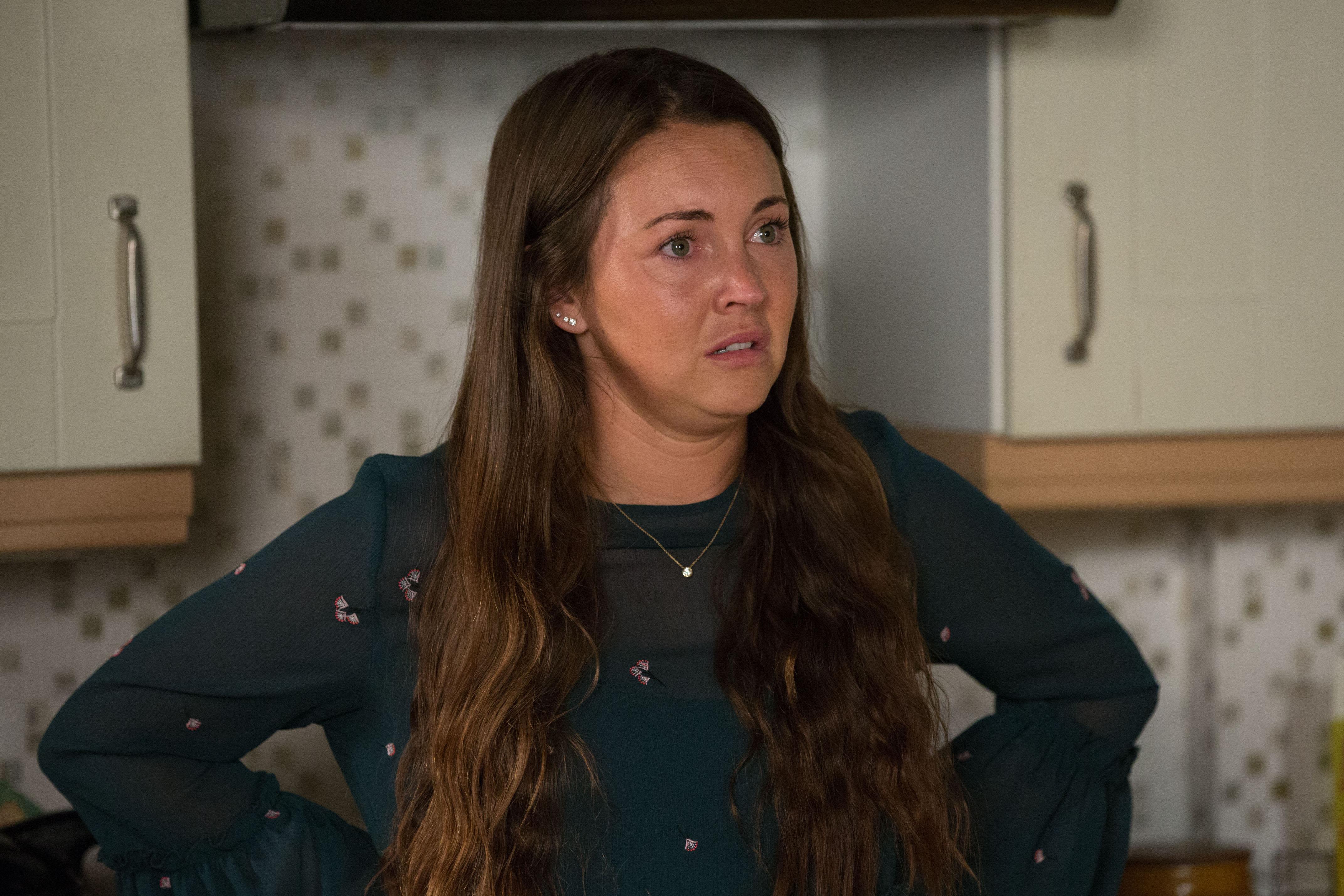 Stacey was already living on Albert Square with her three children Lily, Arthur and Hope.

She is also providing lodgings to Whitney Dean and her younger sister Tiff after she turned up unannounced last year.

But Kat (Jessie Wallace) then showed up at her own wake along with Stacey's mother Jean (Gillian Wright), and now all three women are crashing at Stacey's too.

The Sun Online previously revealed the Slaters managed to fit nine into the house thanks to a secret fourth bedroom.

A source told us: "As well as the three bedrooms upstairs there's a fourth bedroom downstairs that everyone forgets about.

"It was first seen when Pat lived there." 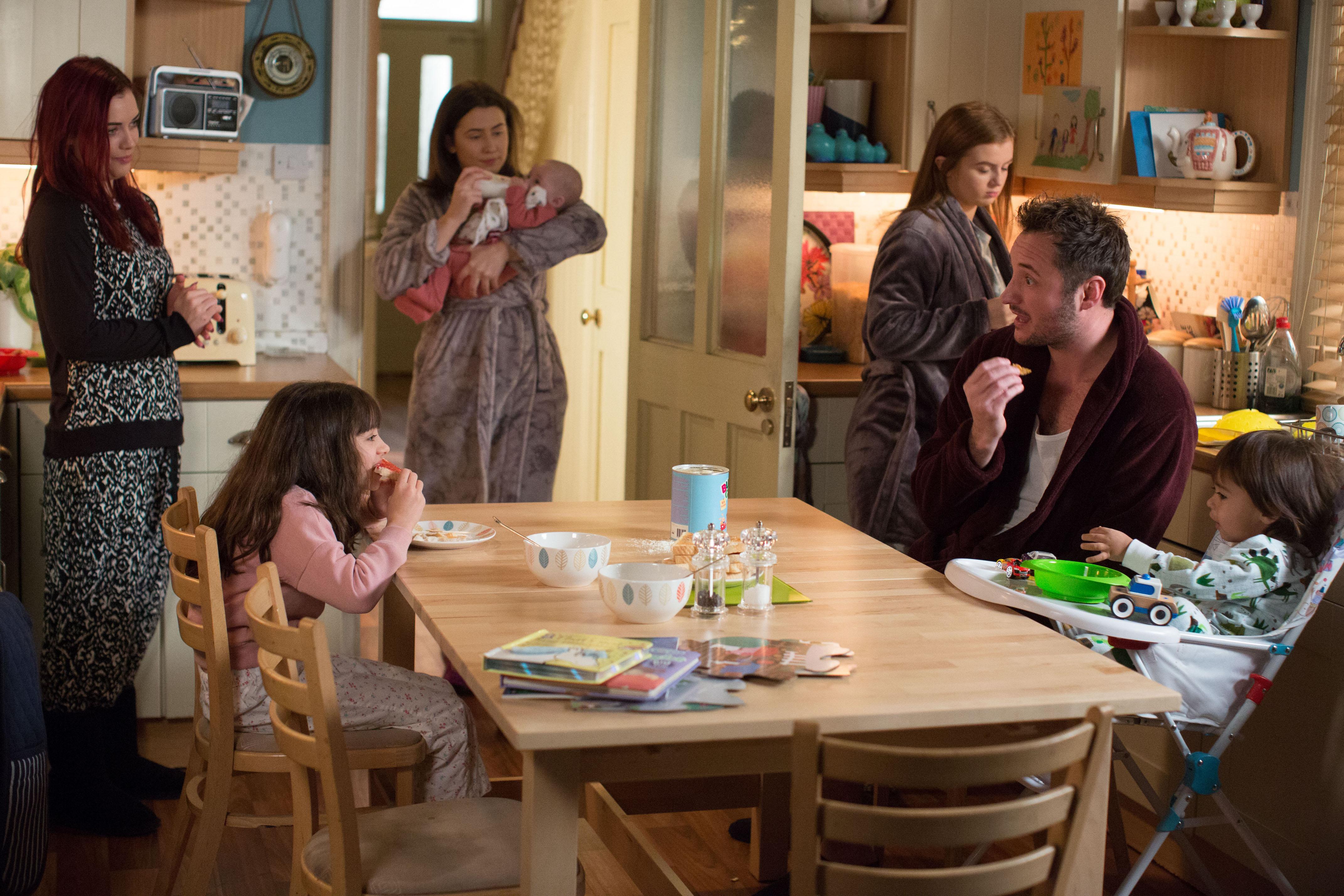 The insider explained that Stacey would be sharing with her two youngest children, Whitney and Tiff would have another bedroom and Kat and mo could have the other.

That would leave Jean to share with her granddaughter Lily.

However, it's not clear where Hayley and the baby are going to be sleeping or where Stacey intends on putting up Alfie and the boys as she appears to have finally run out of space.