During last night’s episode of Emmerdale, Jamie Tate (played by Alexander Lincoln) was seen sitting close to his estranged wife Andrea Tate (Anna Nightingale) in the Woolpack pub. But viewers were left confused and they claimed the soap had forgotten previous details of the characters’ storyline as just last week, they were at each other’s throats.

Having arrived into the village as a happy family of three, it wasn’t long before skeletons from Andrea’s closet emerged.

Fans of the soap quickly found out Andrea shared a past with recently deceased Graham Foster (Andrew Scarborough).

She was paid by the businessman to keep an eye on Jamie for Kim Tate (Claire King), and while doing so, she fell for the young vet, but while dating Jamie she had a one night stand with Graham.

This secret exploded last Christmas and there was a huge question mark over the paternity of her daughter Millie. 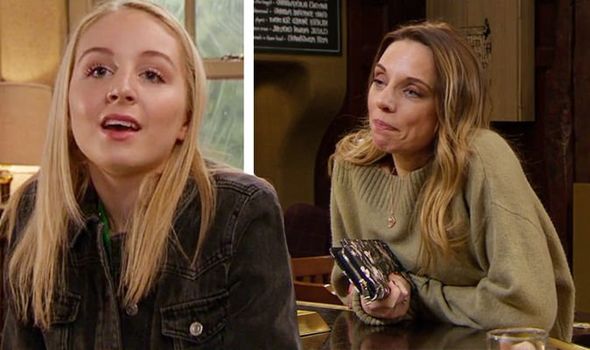 While many viewers were convinced Graham was the father, the results confirmed Jamie was and since then, their marriage has been rocky.

Until last night, when it seemed the couple had forgotten all about their ongoing custody feud.

To make matters worse, Jamie’s mother, Kim Tate (Claire King) has been interfering in their lives since they arrived.

Earlier this week, Emmerdale fns saw Kim frame Andrea in a bid to show her who was boss. 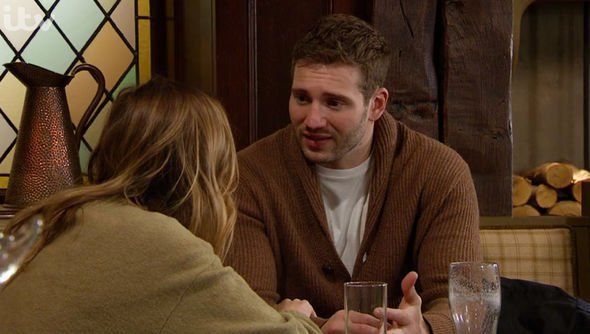 Scenes saw Andrea talk to a potential client which in fact had been paid by Kim to pretend he was interested in organising a wedding for a family member, when in fact he was setting Andrea up.

After setting up a camera in the office, the man lured Andrea into kissing him after one too many drinks, which of course was all filmed and delivered into the hands of Kim.

Foolishly though, Kim told Andrea what she had done, and word soon got back to her son, who told his mother he didn’t want anything more to do with her or her dirty games.

Last night saw Jamie and Andrea having a heart to heart about their relationship and whether or not they had a future together. 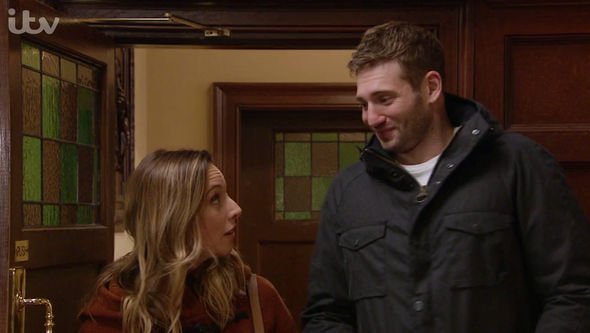 Jamie admitted he experienced pangs of jealousy when Andrea told him she had shared a kiss with the mystery man.

He told his wife no one should be allowed to kiss her unless it was him.

But eagle-eyed viewers were quick to call Jamie out on this remark and branded him a hypocrite, because just last month he was kissing Belle.

And, official soap spoilers for next week show Jamie kissing the receptionist once more. 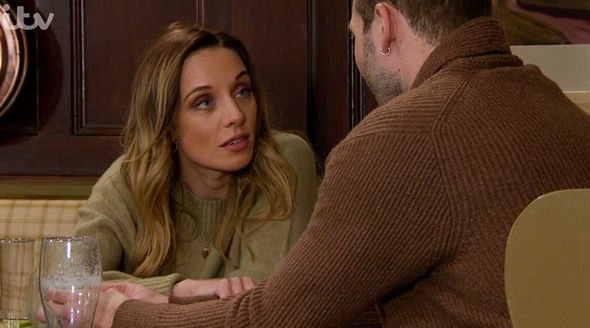 “It’s a shame Jamie didn’t think about Andrea BEFORE he slept with Belle which he seems to be keeping to himself! I wouldn’t be surprised if Kim tells Andrea about Jamie & Belle. #Emmerdale.”

“@emmerdale Jamie should tell Andrea the truth about Belle,” someone else remarked.

A third added: “Has Jamie forgot about him and Belle #Emmerdale?”

“Jamie u were sleeping with bell few weeks back u hypocrite, Typical man #Emmerdale,” a viewer argued.