VICTORIA Sugden will get a nasty surprise in Emmerdale tonight when rapist Lee Posner’s mum, Wendy arrives at Keepers Cottage demanding to talk to her.

Not only does Victoria not want to see Wendy again, but she arrives at the worst possible moment. 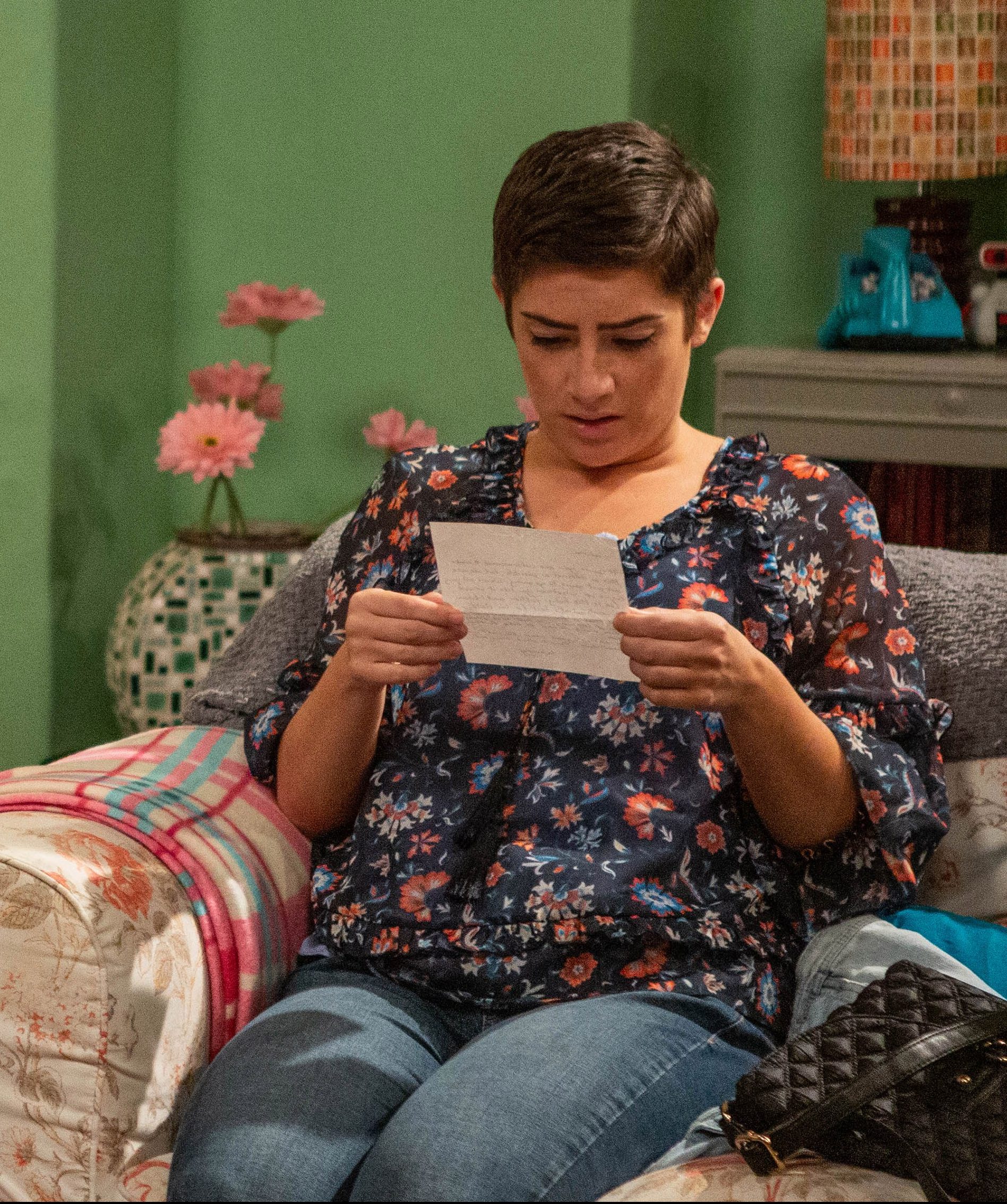 Following Wendy and Lee’s visit to the village last week, Vic has decided that she needs to get as far away as she can.

Step-mum Diane has been helping her sort the cottage out for an estate agent appraisal.

So when Wendy comes storming along, it’s down to Victoria’s brother, Robert, to distract the estate agent while Vic deals with Wendy.

Wendy, who made her first appearance in the ITV soap last week when she accosted Victoria in the Woolpack toilets, leaves the pregnant chef reeling when she tells her that she wants to be part of the baby’s life.

Then she drops a bombshell that leaves poor Victoria utterly chilled – Lee is considering going for custody once the baby is born.

Victoria is floored by the revelation and – to Robert’s anger – it makes her even more determined to get away from Emmerdale for good. Will she flee the village she’s grown up in?

Viewers are convinced that Lee is going to meet a grisly end at the hands of Robert who is becoming obsessed with getting revenge for Victoria’s rape.

Speculation started when actor Ryan Hawley announced he was quitting the role he’s played for five years, leaving fans wondering how he’ll be written out.

The most popular fan theory is that he’ll murder Lee – who raped Victoria in her own home after a night out – and end up going to prison for the crime.

Isabel Hodgins who plays traumatised Victoria spoke to TV Times about taking on such a challenging storyline.

She revealed: “I was quite daunted by the scenes I had to do with Natalie Robb [who plays Moira Barton].

"I’ve never had to really sob before, and I didn’t want to just scrunch my eyes up – it had to be from the soul.

"That’s so exposing, having the whole crew watching you cry your eyes out. I felt really vulnerable.

"The director was great, though. He said to me: 'Victoria is dead – she doesn’t exist any more' and that made me sad because of the woman she has become.

"I’ve grown up with Victoria. I’ve evolved from a girl to a teenager to a woman, and she has been on that journey alongside me.

"But they were like: 'That’s all gone now – you’re starting from scratch.'"