In the show, the fan-favourite shared a touching moment with Ser Jorah Mormont (Iain Glen) on the eve of the War of Winterfell.

He was seen handing over the Heartsbane sword, a family heirloom, to the greyscale survivor in the courtyard.

The blade is made of Valyrian steel and is one of few weapons able to kill a White Walker.

By handing over the sword to Ser Jorah, he is inadvertently giving him a means to stay alive, all the while, reducing his chances of survival.

Does this prove Sam will die later in the season as he does not have a weapon cable of killing White Walkers?

The Heartsbane sword has been in Sam’s house for generations and previously belonged to his father Randyll.

Randyll disowned Sam when he learned of his relationship with Wilding Gilly, vowing to never pass the blade down to his son.

But Sam stole the weapon from Horn Hill and fled the home with Gilly and her son, little Sam, shortly after. 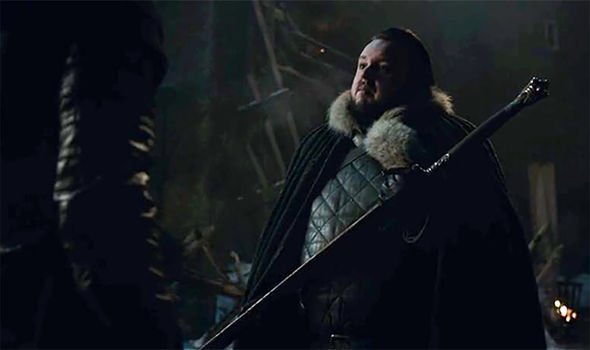 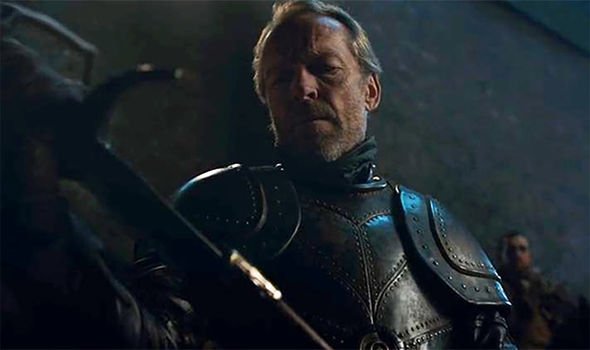 His reunion with Ser Jorah moved viewers, with many taking to social media to comment on the emotional scene.

On Twitter, one person wrote: “Of all the warm fuzzies of Game of Thrones Sam giving Jorah Mormont Heartsbane maybe one of the most heartfelt. Since he died a few episodes ago, we forgot that long ago Jeer Mormont was a father figure to at least three of the remaining heroes.”(sic)

“I thought I had no more tears left to cry and then Sam gifts Jorah with Heartsbane,” another shared.

Someone else penned: “Oh my god Sam giving Heartsbane to Jorah with a story of Jeor I’m truly ugly crying now.” 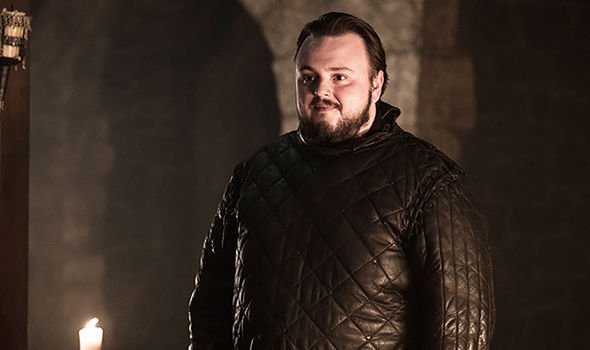 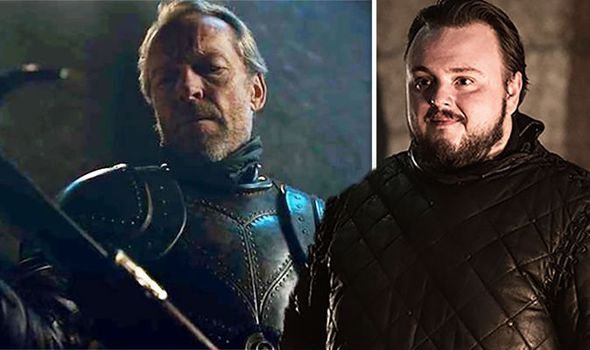 Elsewhere, fans of the series discussed the trailer for episode three, which saw Arya running through the crypts of Winterfell.

Some theorised Arya was fleeing dead Starks who had been resurrected by the Night King, as Daenerys Targaryen (Emilia Clarke) told Jon Snow (Kit Harington) the “dead are already here”.

Commenting below the video shared on YouTube, one individual wrote: “My theory is that the Night King raises up the dead of the crypts leading to Dany saying, ‘The dead are already here’. Rising up past relatives causes Arya to run in fear from them. But that’s just a theory.”

Meanwhile, on Twitter, another said: “This scene from the trailer with Ayra running desperate through the crypts of Winterfell. [The] Night King will raise the dead Starks and attack Winterfell from the inside out?”

Game of Thrones continues Sunday on HBO in the USA and the following day on Sky Atlantic in the UK.