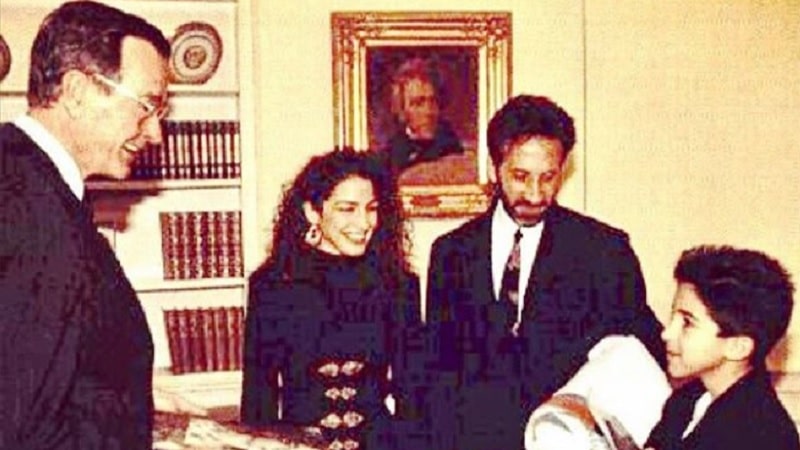 Music icon, Gloria Estefan, took some time away from her busy schedule which included hosting the Kennedy Center Honors 2018, to reflect on her first meeting with deceased president George H.W. Bush, who passed away at the age of  94 on November 30, 2018. Estefan has openly admired the 41st President of the United States since he held that office between 1989 and 1993.

On Instagram, Estefan shared a photo of a visit to the White House which included herself, her husband, their son Niyab, and the late president. She spoke highly of their first meeting and how attentive Bush was to their son, answering his questions, and proving himself to be a kind and gentle man.

Estefan also took the opportunity to honor Bush at the Kennedy Center Honors, which she hosted after receiving the honor herself in 2017.

“Before we begin with a tribute to our first honoree, I think it’s appropriate to recognize the passing of a wonderful man who dedicated his life to service and who graciously attended this event many times during his administration, laughing, applauding, singing along and even shedding a tear from right up there in the presidential box.”

Democratic Leader Nancy Pelosi, Supreme Court Chief Justice John Roberts, Treasury Secretary Steve Mnuchin, and vice president’s chief of staff Nick Ayers were all in attendance for the event, however current president, Donald Trump was absent for the second year in a row. Estefan’s kind words for former president Bush were warmly received by the audience.