In this round-up, our reviewers look at a handful of movies released this week, from Hollywood blockbusters to foreign, local and sometimes obscure films that deserve some of the spotlight. Which ones are worth the cost of a ticket?

The fourth instalment in the iconic Toy Story series has Tom Hanks and Tim Allen reprising their roles as Woody and Buzz Lightyear, respectively. They've got a new human, Bonnie, to look after, and Woody and co. are soon introduced to her favourite toy: a spork named Forky.

With nine years between this movie and the last, fans are keen to see if the magic remains. It's got the thumbs up from Hanks: he describes it as "one of the best movies I’ve ever seen in my life".

"Woody was not merely a plaything. He believed that he had a duty to protect the child who owned him as if he himself were a parent. He also had to live with the knowledge that the child would eventually tire of him and that he'd be discarded or passed on to somebody else. 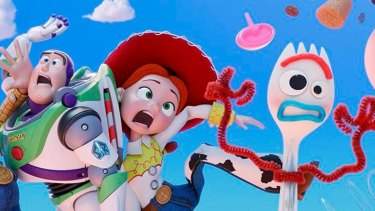 Forky – a spork-turned-toy dealing with an identity crisis – is the newest character in the Toy Story universe.

"And at the end of the last film, that's where we left him and the other toys. Andy, the kid who had long been at the centre of their lives, was off to college and they were being handed on to a new owner, Bonnie, a toddler about to start kindergarten.

"The series' verve endures with Randy Newman's jaunty score setting the rhythms and the same gentle wit underpinning the plot. This one's a road movie. Bonnie and her parents go on holiday in a campervan, taking the toys, plus new member of the team, Forky. There's a side trip to a cavernous antique shop, where Woody comes across his lost love, Bo Peep, last seen being sent off to a new household. She's a figurine whose porcelain skin hides a will of iron.

"She and her sheep ("the girls") have long been on their own, living as "lost toys", and she's never been happier, she tells an astonished Woody. Much as he admires her independence, he's sure that he could never feel the same way – despite his new owner's complete lack of interest in him.

"Woody has been brought to the point where he must consider his future. Will a lifetime of loyalty be enough to sustain him if he has to spend the rest of his time sitting in the cupboard? It's a dilemma akin to the kind faced by someone contemplating retirement. If the series really is bowing out, it's doing so very gracefully."

A remarkable historical love story, Never Look Away was nominated for two Oscars this year and spans decades as it follows the life and loves of a German artist, thought to be based loosely on the experiences of real-life legend Gerhard Richter. Florian Henckel von Donnersmarck directs what has been described as an "exceptional" film.

"Never Look Away is a towering achievement, covering four decades. At 189 minutes, it needed to be. The Lives of Others [Donnersmarck's Academy Award-winning 2006 film] was already one of the best films of the new century; this one is even more ambitious and more mysterious. 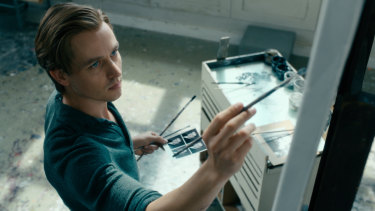 Tom Schilling as Kurt Barnert, inspired by, but not representative of, Gerhard Richter.

"On one level it's an epic story of the evolution of an East German painter, struggling to find his voice; on another, it's about the depravity of the Third Reich and the regimes that followed in East and West Germany. No small targets then – and no fear of going where many have gone before.

"The war is the inevitable subject for German filmmakers and the source of some great films. This one can take its place in that pantheon."

American comedians Tiffany Haddish and Kevin Hart star in the sequel to the hugely successful The Secret Life of Pets, which raked in more than one billion Australian dollars at the box office. Does the follow-up hold up? With a Rotten Tomatoes score of 57 per cent, the neurotic pets of New York City are entertaining and fun, but perhaps not worth the money it took to give them a second story. 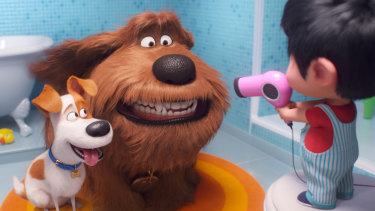 Max the terrier (voiced by Patton Oswalt), Duke (Eric Stonestreet) and Liam (Henry Lynch) in The Secret Life of Pets 2.

"The self-improvement lessons are here for young and old, but handled with a light touch that ensures they never become too obtrusive. There’s no tear-jerking in the Pixar manner, nor any of the disturbing but truly imaginative plot twists found in last year’s Disney blockbuster Ralph Breaks the Internet.

"Typically for a film from Illumination Entertainment, the studio which gave us Minions, the real art is in the images, especially the character designs. The adorably destructive baby tiger is a delight, and so is a plump but menacing turkey, eyes bulging as if someone were already wringing its neck.

"On the whole, The Secret Life of Pets 2 offers a pleasant, innocuous 90 minutes of entertainment for children and to adults who moderate their expectations. Was it worth Illumination spending $US80 million dollars on? Possibly not, but then it isn't your money or mine."