Holby City fans were forced to watch on Tuesday night as Dom Copeland (David Ames) fell into a downward spiral.

Last week it was revealed that Ange is actually Dom’s biological mother, and the cat was let out of the bag during the latest heartbreaking episode.

When Dom realised both his adoptive mum and real mum had been lying to him all this time, he insisted that he never wanted to see either of them again.

In a bid to make himself feel better, he ran off to a local bar to drown his sorrows.

After one too many tipples, Dom felt sick and ran off to the toilet to throw up.

While he was bent over the loo, viewers were distracted by the toilet roll holder behind him.

“What monster put the toilet roll the wrong way round in Albies?” said one fan.

A second viewer tweeted: “Cleanest toilet in Holby City but the toilet roll was the wrong way round!” 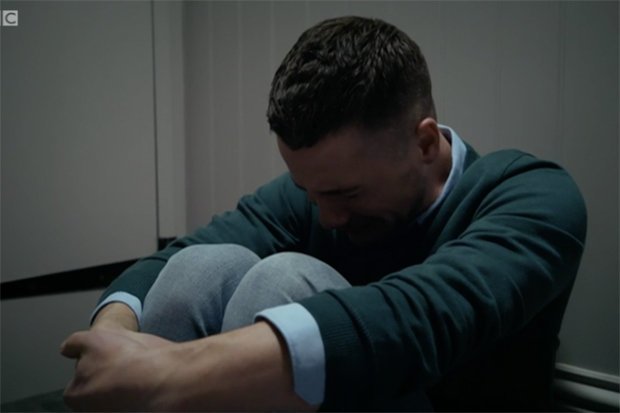 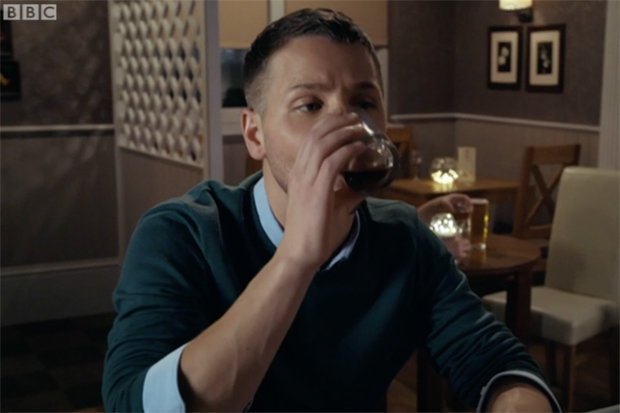 While a third added: “The loo roll is the wrong way around!”

Fans were also baffled as to the whereabouts of Dom’s husband, Lofty, who was nowhere to be seen while his partner was struggling.

With his focus on his family life, it seems as if Dom’s marriage is going to take a backseat, and it could end up suffering beyond repair. 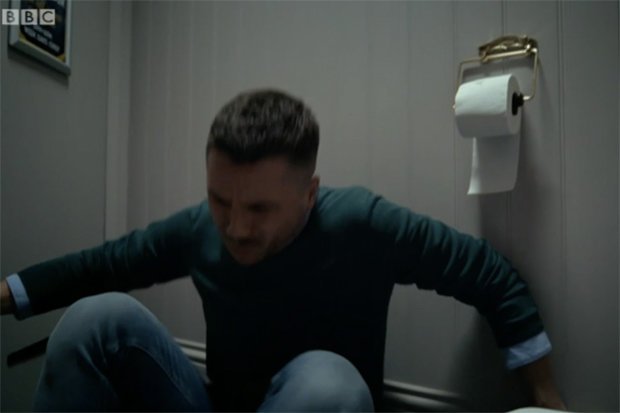 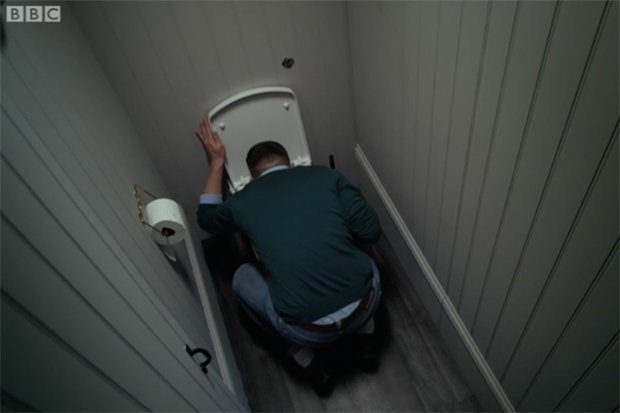 Speaking to Digital Spy, Dom actor David Ames said: “Lofty has been away and Dom, understandably, shuts him out when he deals with all of this.

“He doesn’t communicate with him and doesn’t let him know how he’s feeling.”

He continued: ”This is only a few months into a new marriage and it’s quite a pivotal time for a couple.