Guy Self (played by John Michie) resigned from Holby City tonight after Ric Griffin (Hugh Quarshie) asked the hospital’s board of directors for the alcoholic to receive regular checks as to whether he was drinking again or not. However, after a major altercation between the two, Ric was forced into surgery by Max McGerry (Jo Martin) after his vision started blurring. But as Ric’s life hangs in the balance, Guy could be arrested after he was spotted trying to intervene.

The board of directors seemed happy to allow Guy back into the hospital until Ric stepped in.

Ric said: “I’d like to propose more safeguards to both help Mr Self and protect patients and the hospital.

“Under the trust legal guidelines, it says we can order Mr Self to submit to a blood test to rule out any relapsed addiction.” 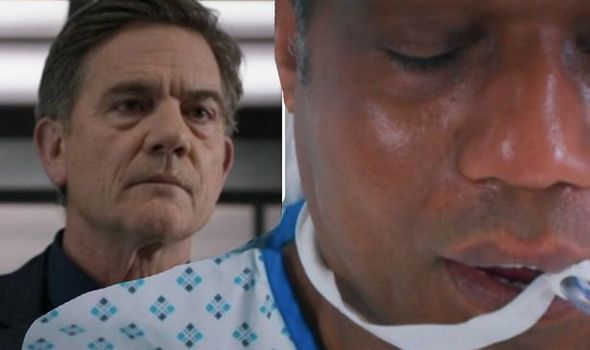 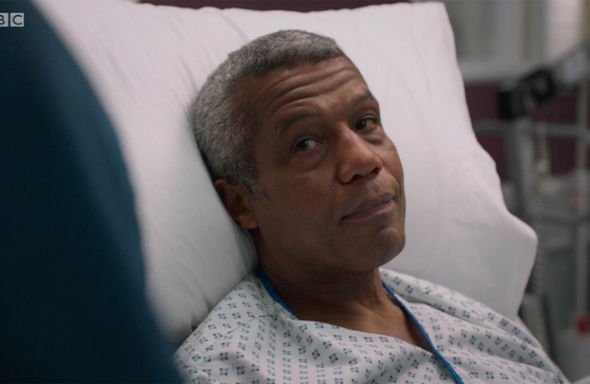 Guy snapped back: “You have no right.”

But he was knocked back by Ric who said: “We have every right.”

Guy flew off the handle spouting vitriol at Ric who stood his ground, but Ric hasn’t been well for a while, and after a nasty fall last week it became clear he needed urgent surgery.

Whilst this was happening, Guy got back into his car and opened a bottle of whisky, only to relapse. 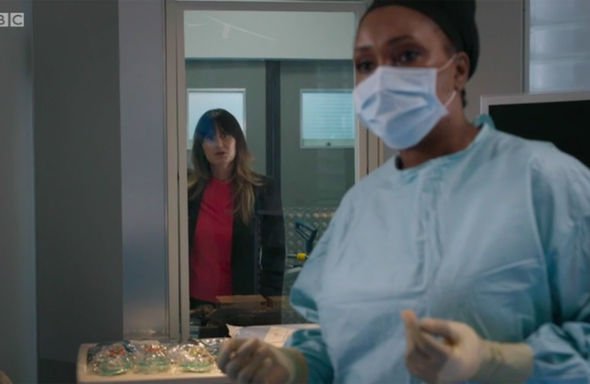 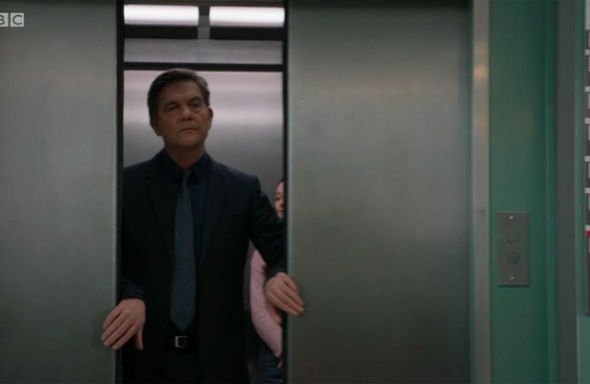 When he was found by Jac Naylor (Rosie Marcel), she reminded him if he wanted to keep his job, he would have to fight for it.

But, as Ric went under, with Max heading up the tricky surgery she was called to another patient.

She abandoned Ric during a deadly operation and it didn’t take long for him to begin to crash.

As Guy reappeared in the hospital he happened to overhear the nurses saying Ric was crashing, but after throwing his hospital pass at the board of directors, he had to rely on other ways of getting to Ric.

As Guy went through the basement, he finally came face-to-face with Ric’s operating theatre.

But, is he a good guy or a bad guy underneath it all?

Guy could purposely save Ric’s life, after all, he was one of the best neurosurgeons in the game at one time.

If Guy were to save Ric’s life, he then holds more power over him then he has ever before.

Ric would struggle to pick at Guy’s wounds if the man had just saved his life.

But, a lot of people watched Ric and Guy’s altercation earlier in the day.

If Guy were to try and save Ric’s life, only for the former CEO to die Guy could be arrested for murder, especially performing on a few swigs of whisky.

Is this the dramatic ending the pointless feud was always heading towards?

Holby City airs on BBC One Tuesdays at 8pm.