HOLLY Willoughby sank to the floor laughing over a disastrous Spin To Win game today that ended with her delivering a rude innuendo to viewers.

Today's first instalment of the game saw Holly, 39, and co-host Phillip Schofield failing to get through to callers – with Phil getting more and more worked up about it. 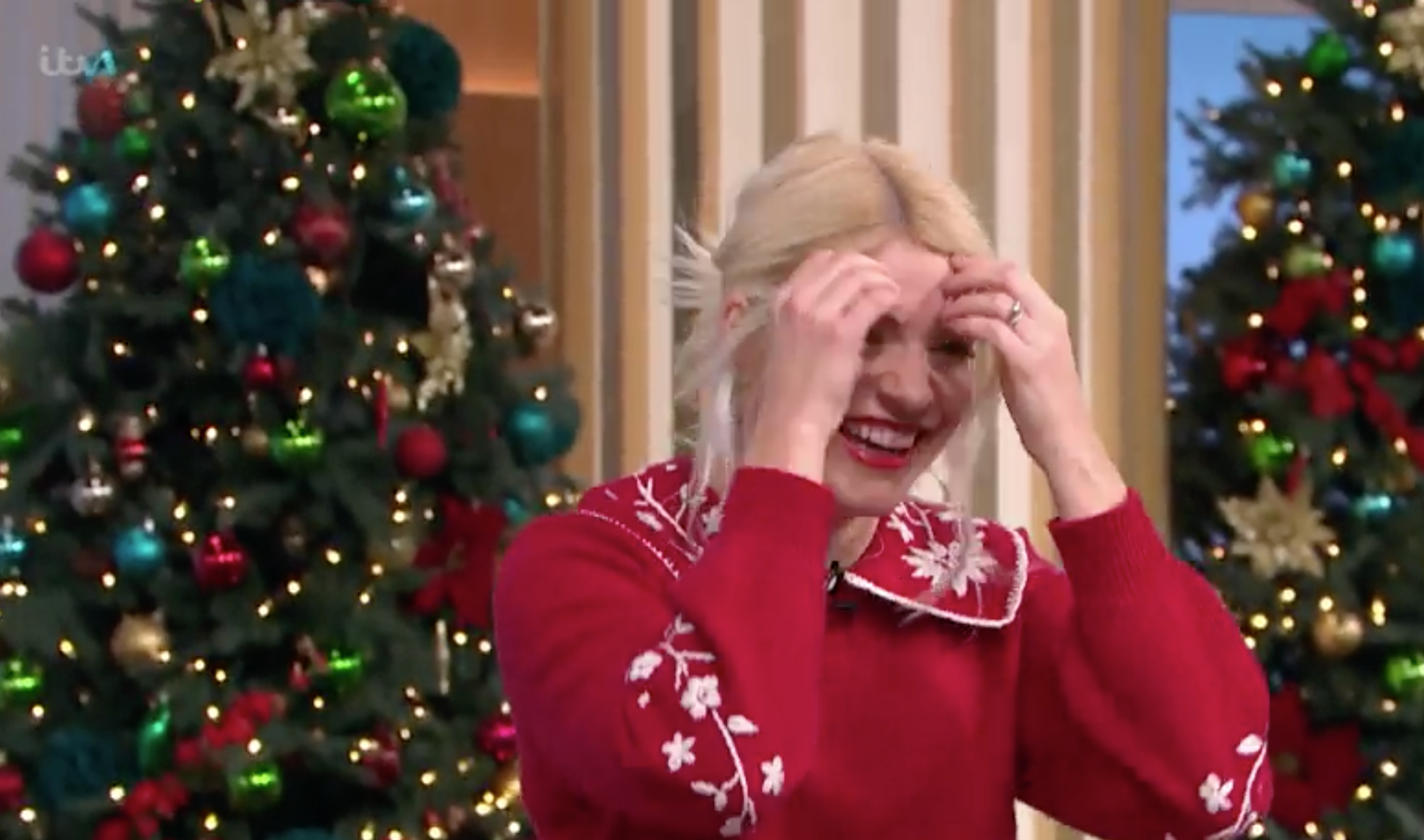 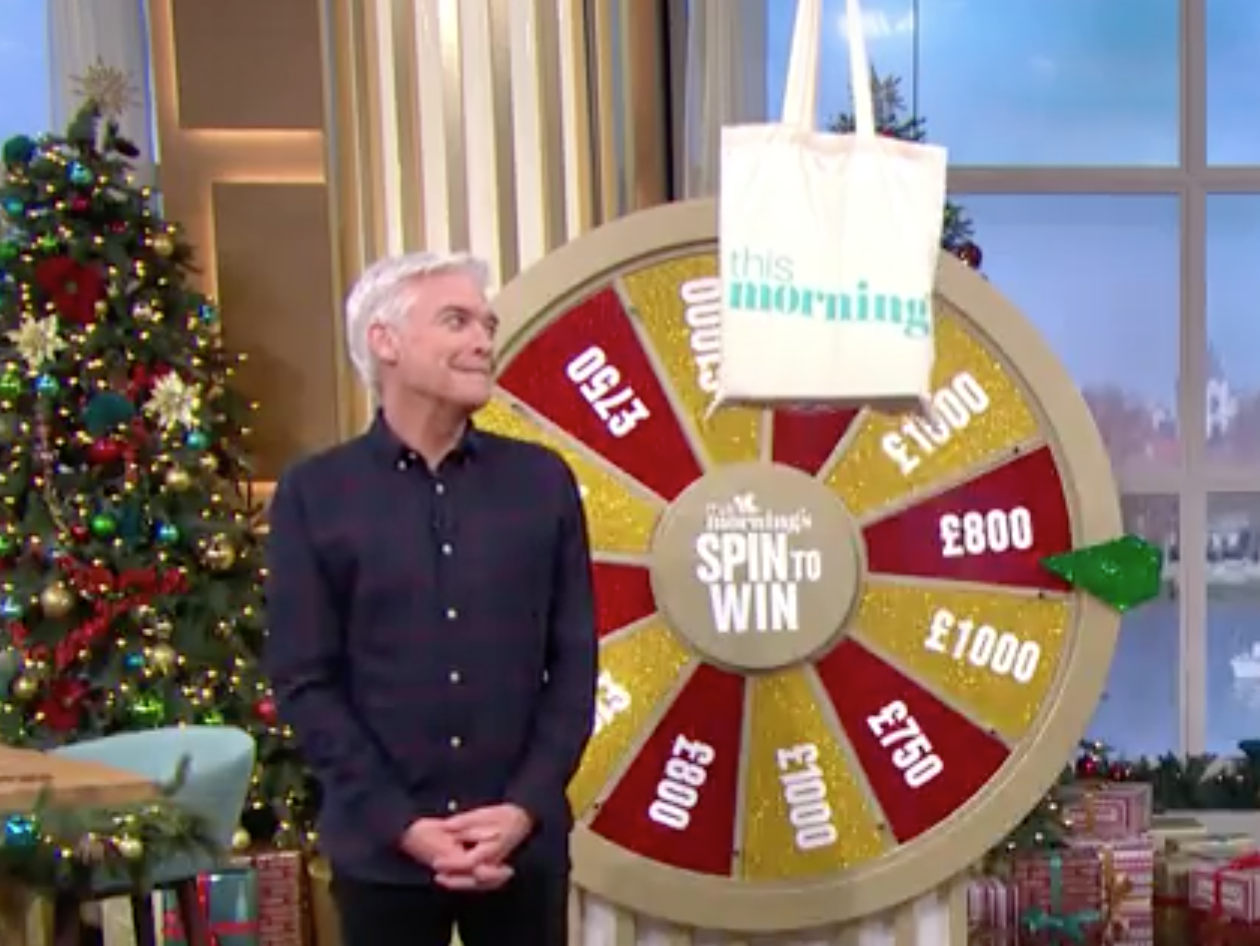 Finally, Kevin from Barnsley picked up the phone but the presenters could barely hear him and forced him to get his wife Diane on the phone to play in his place.

During the exchange Kevin and Diane's dog could be heard barking its head off down the line, leaving Holly and Phil asking: "Kevin, are you OK?"

The presenters managed to regain control of the "tough interview", winning £800 for Kevin and Diane, with Holly moving on to the last round of the game.

She said: "Listen you're going to get another money can't buy bonus prize, from the festive sack. Let's bring it down." 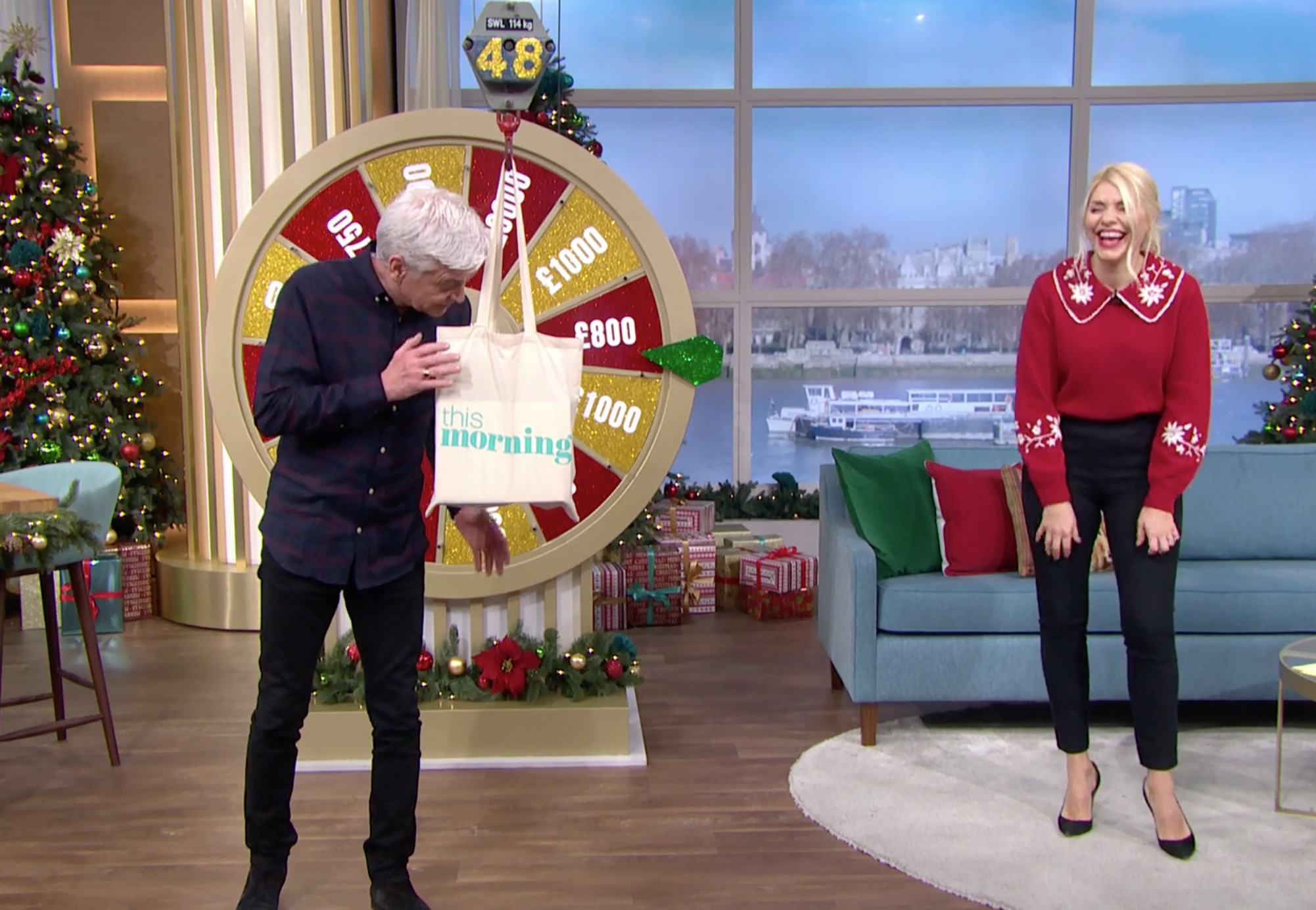 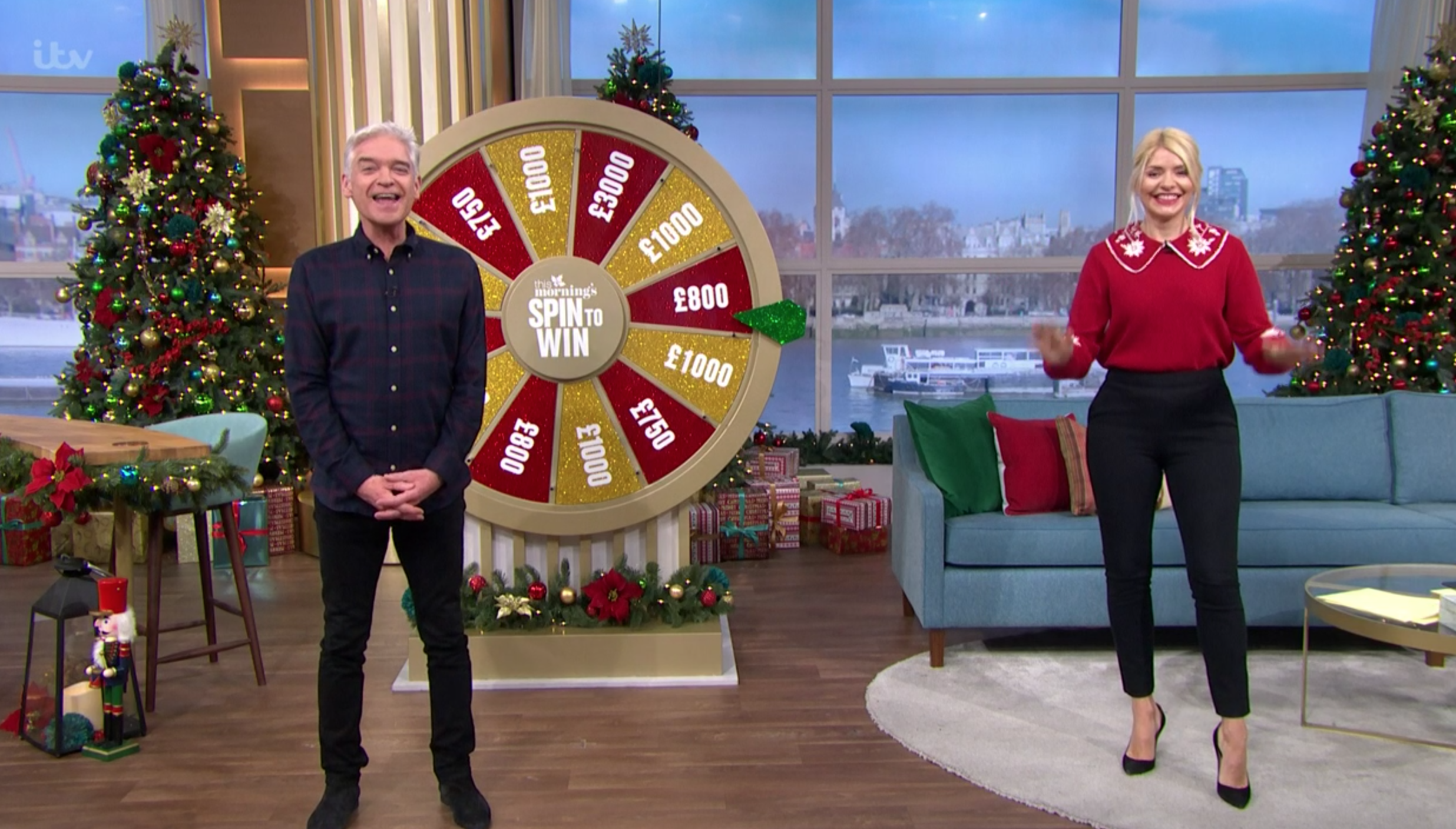 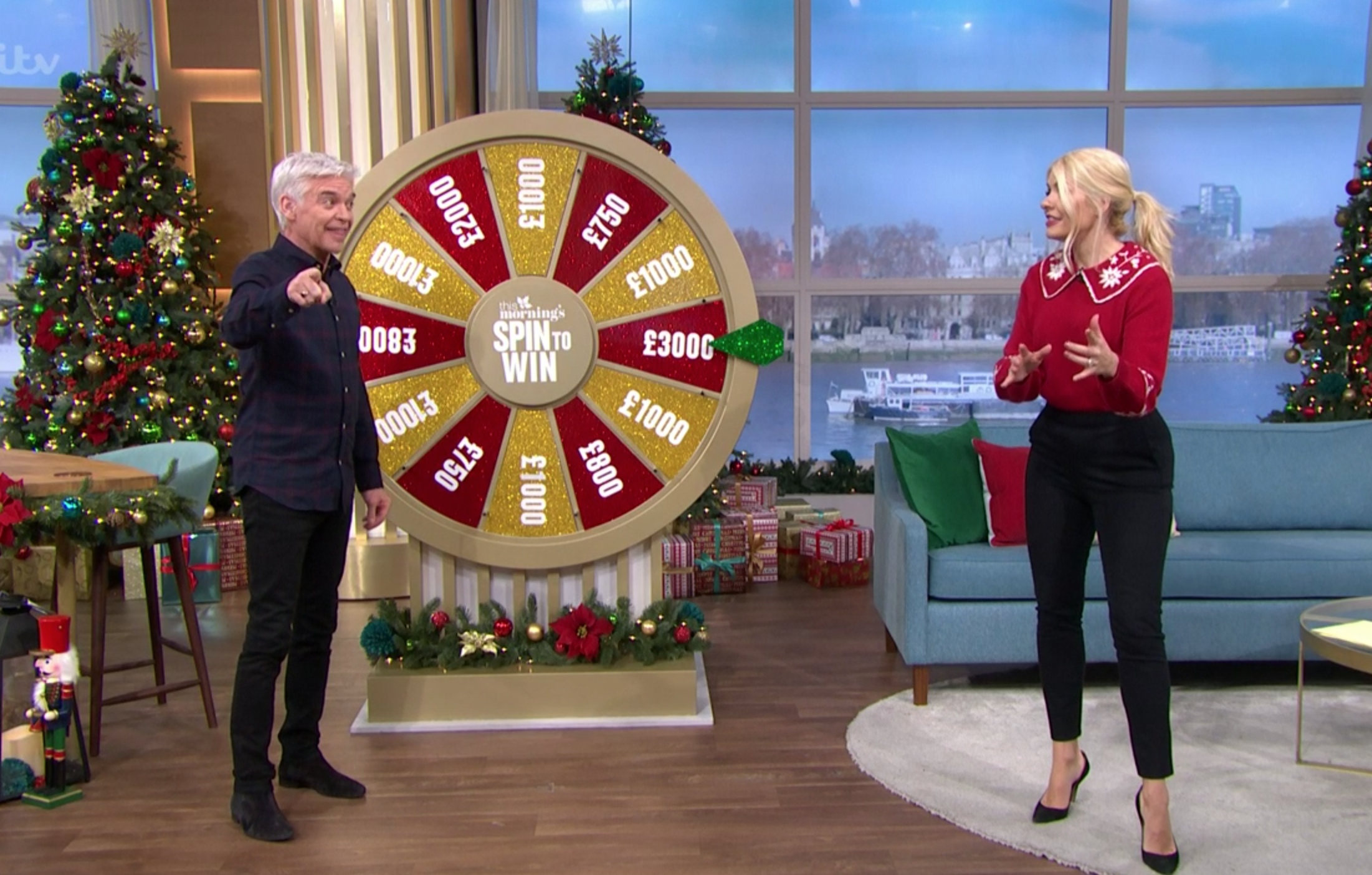 Cracking up at her joke, she added: "If I keep saying it it will catch on!"

Viewers weren't sure what to make of it all, as one said: "Ooo Holly no! Festive sack sounds like a pair of b*****ks with a bit of tinsel tied round them!"

One more said: "At least the dog's Happy"