The blonde beauty took to her Instagram page this evening to share a photo of the routine. In the screenshot of their dance, Holly is beaming as TV favourite John lifts her off her feet.

Holly, 37, is dressed in a black turtleneck jumper, which she teamed with a black Reiss midi skirt with red detailing in the pleats.

She captioned the image: "Not going to lie… loved being thrown around by @johnscotbarrowman today…"

And it appears that her followers loved watching Holly be thrown around as well as they encouraged the mother-of-three to put herself forward for the BBC One dance competition. One fan wrote: "Time to sign up for Strictly Come Dancing, Holly!"

Another said: "Strictly for you this year, madam."

A fan urged: "You should do Strictly." 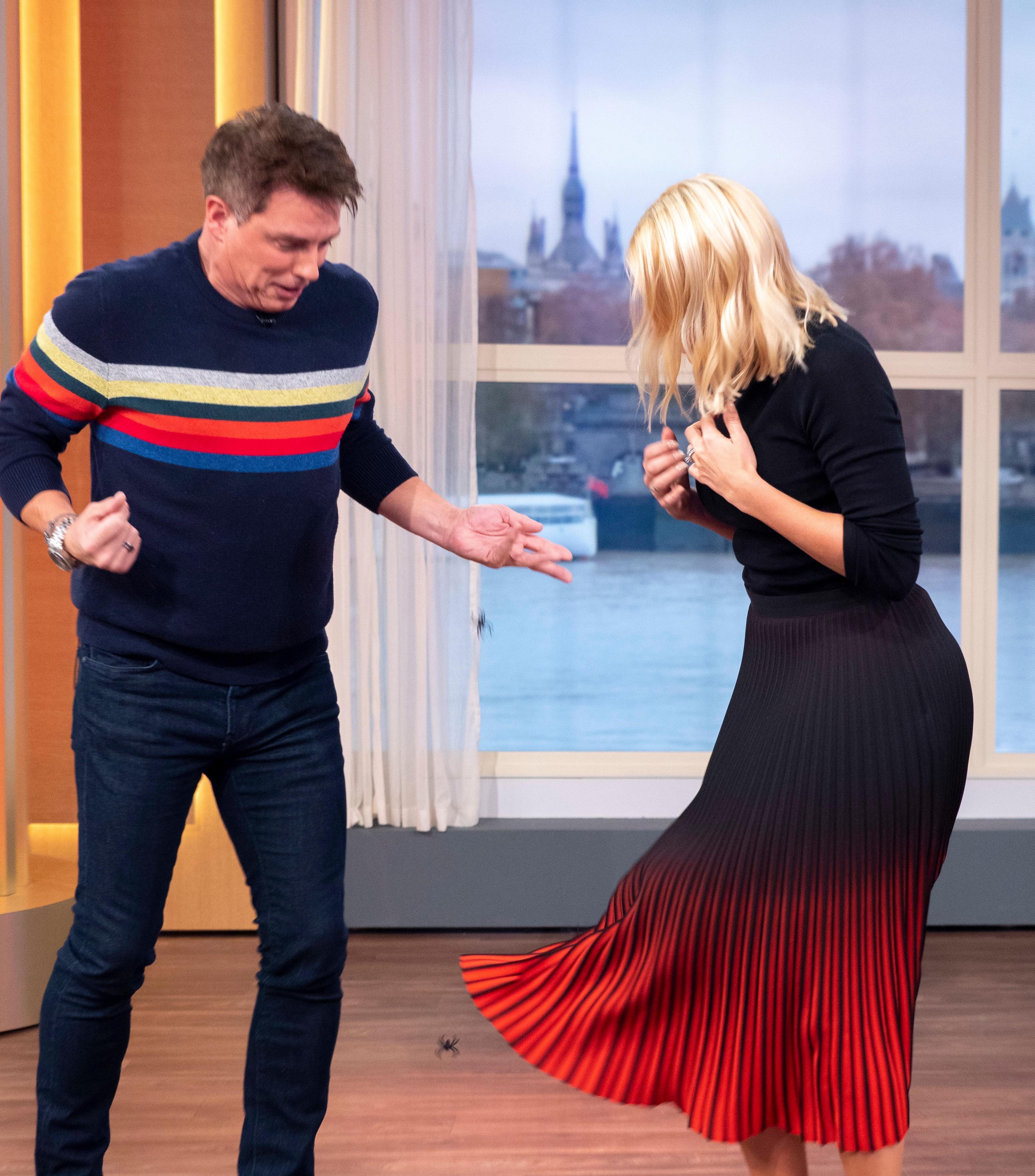 After their brief performance today, Holly recounted the time that John accidentally exposed her underwear when he "threw her around like a rag doll" at the Dancing On Ice wrap party in 2006.

She told the US actor: "I've got a story about you. You did the first series of Dancing On Ice.

"At the wrap party we had a bit of a dance on the dance floor and I've never known anyone be able to lift me up me up above their head. 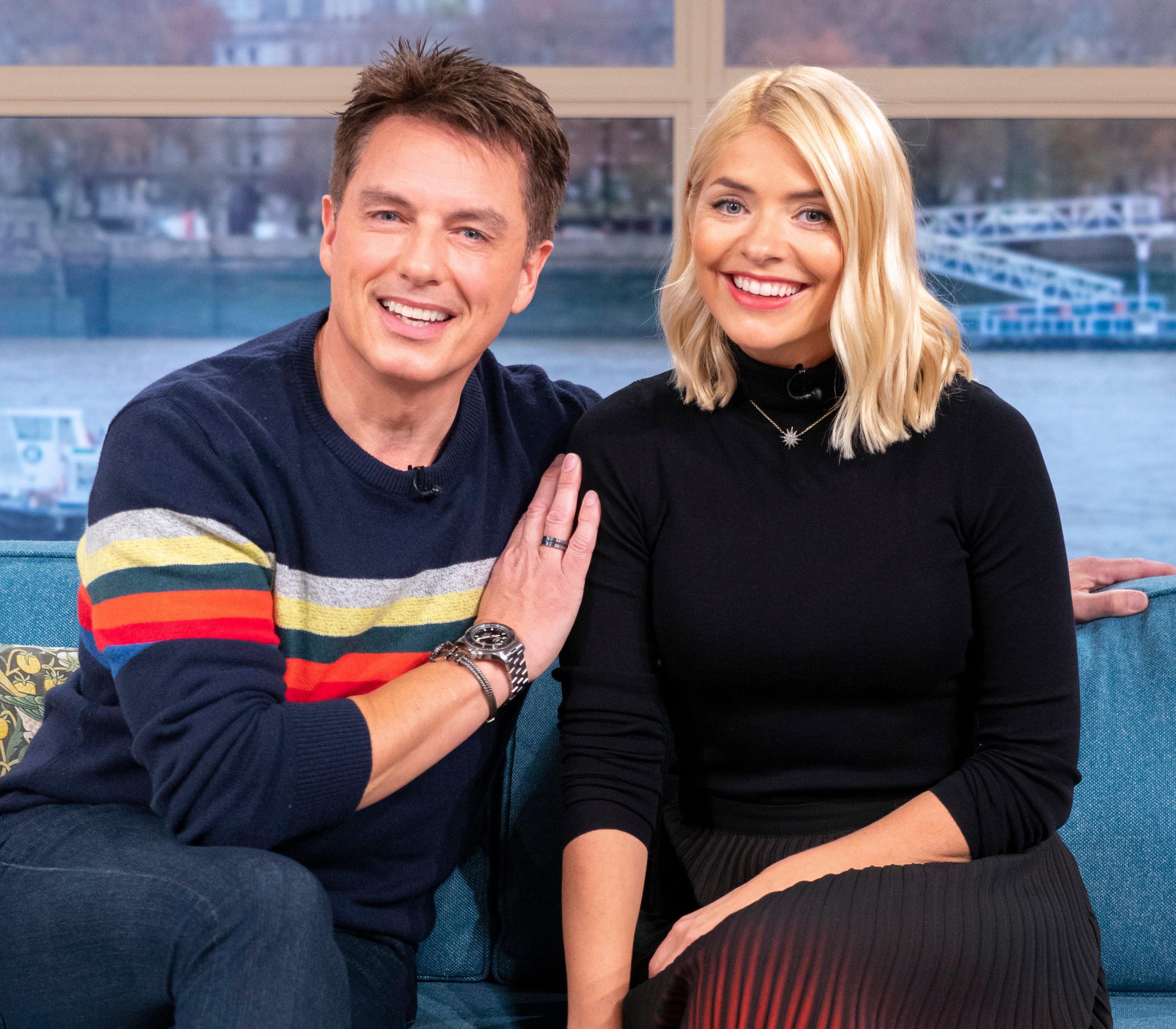 "I as so happy and then I stood up. I was wearing a wrap around dress with a belt.

"I looked down and the only thing still attached was my belt! The whole thing was undone and I was standing in her my knickers."

And John replied: "Yeah and half the crew said, 'Well done John!'"

John, 51, stepped in to cover for Holly's usual This Morning co-host Phillip Schofield today when he took a day off work.

The pair are good friends and recently spent time together in Australia, with John taking part in last year's series of I'm A Celebrity… Get Me Out Of Here!, which Holly presented alongside Declan Donnelly.