“He constantly replaces the hot chicks with hotter chicks and younger chicks,” Stern says on his SiriusXM show 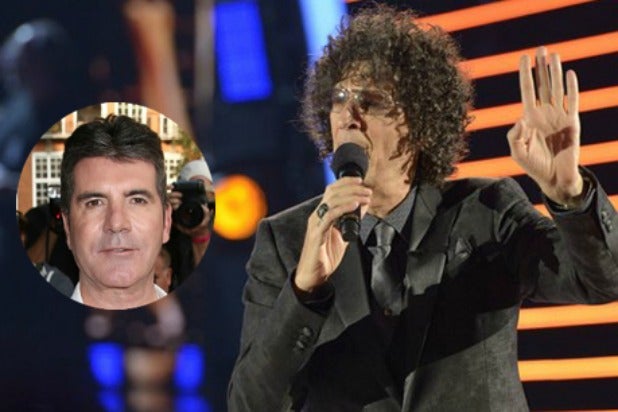 Former “America’s Got Talent” judge Howard Stern suggested on his radio show on Monday that Simon Cowell may have had a hand in orchestrating the exits of Gabrielle Union and Julianne Hough from the NBC competition show.

“What he manages to do on all his shows is he constantly replaces the hot chicks with hotter chicks and younger chicks,” he continued. “Howie’s (Mandel) doing a fine, serviceable job — why don’t they change him? And why don’t they change Simon? … This is the ultimate example of a boys’ club.”

It was announced on Nov. 22 that “AGT” judges Union and Hough would not be returning for next year’s Season 15. Union’s contract was not renewed, with multiple reports describing behind-the-scenes clashes between Union and the show’s producers over what was described as a “toxic” workplace culture.

According to a report by Vulture, Union complained about Cowell smoking indoors; a remark made during taping by guest judge Jay Leno she deemed to be a racist that did not make it to air; and misgendering of contestants. In addition, Vulture reported that Union had supported a 10-year-old African American rapper’s advancement in the competition before being told that the show needed “an act America can get behind.”

Stern went on to parse some of Union’s complaints, taking particular issue with the complaint about Leno’s joke about dog meat being served in Korean restaurants.

“Let’s go on record as telling people that one million dogs are still eaten annually in South Korea, and if Gabrielle Union wants to effect positive change, maybe focus on the horrors of Korean dog farms and let the old irrelevant comic live in peace,” Stern said. “She wants Jay beaten in the streets. I think maybe Jay makes a point.”

Stern served as a judge on “America’s Got Talent” for four seasons before exiting the show in 2015, and did not appear on the same season with either Cowell (who is also an executive producer) or Union.

A representative for Cowell did not immediately respond to TheWrap’s request for comment.

NBC and “America’s Got Talent” producers Fremantle and Syco issued a statement over the weekend, saying they would work with Union to “take whatever next steps” might be appropriate to remedy her concern’s about the show’s workplace culture.

“We remain committed to ensuring a respectful workplace for all employees and take very seriously any questions about workplace culture,” the statement said. “We are working with Ms. Union through her representatives to hear more about her concerns, following which we will take whatever next steps may be appropriate.”

From epic light shows to singing sensations, the NBC talent show has seen some stellar performances over the years