In For a Penny saw its first episode this evening where Stephen Mulhern was out causing havoc in Cardiff.

However he started off the show by being extremely generous and offered to pay off random motorists’ petrol bills – providing they completed his task.

The game – titled Pump It Up – required contestants to pump the perfect amount of petrol into their cars in order for Stephen to pay it off.

And Stephen was extremely happy with his brand new game, as he told one of his guests he now “had the license” for the routine.

He went on to add: “So that means no copycats!”

However he then pointed towards the camera and issued a warning: “That means you, BBC!”

Another said: “Watching #inforapenny and little legs gets the giggles! Thank you @StephenMulhern brilliant programme!”

While a third added: “#InForAPenny had me laughing out loud! Utterly ridiculous @StephenMulhern.” 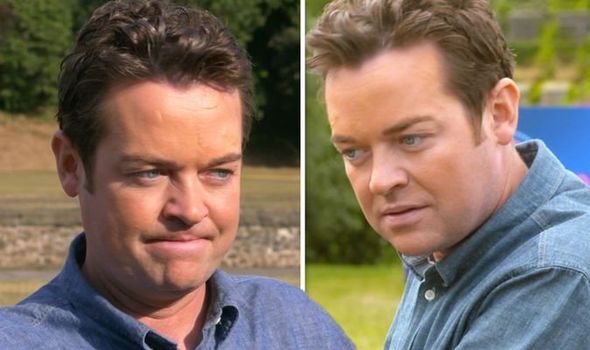 Stephen later invited people from the streets of Cardiff to play “in for a penny, in for a grand”.

During the game he tasked people with a number of strange requests, including eating a pasty from a fishing rope.

But Stephen was taken aback when one contestant won the £1,000, as she burst into tears.

Stephen hugged the player before announcing: “You’re going to make me cry next!”

The final game of the night was the Stop Watch game, which tasked the public with stopping a clock at exactly ten seconds. 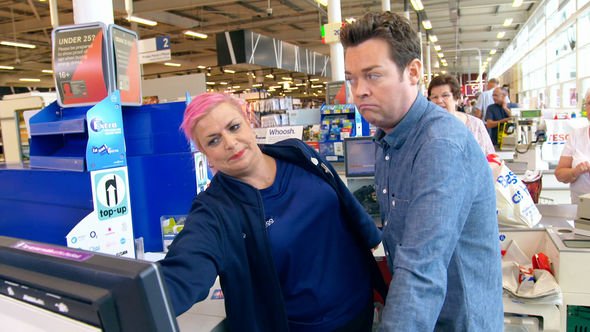 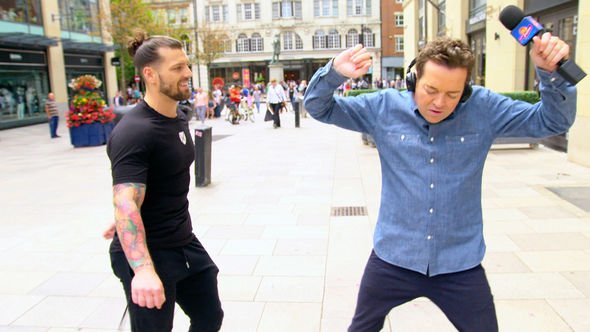 And Stephen recently revealed he played the game with Ant McPartlin and Declan Donnelly, among other stars.

He said: “I played it on Ant and Dec and between them they decided that Dec would do the stopping, and he nailed it straight away.

“I’ve tried it on Amanda [Holden], Alesha [Dixon], David Walliams, Simon Cowell, Emma Willis so many people and its so addictive because if you don’t get it right the first time, it’s a case of ‘give me another go’ but the answer is, just like on In For A Penny, you only get one chance.”

Fans will have to roam the streets of Britain to get a chance at the game.

In For a Penny continues Saturday at 6.30pm on ITV.