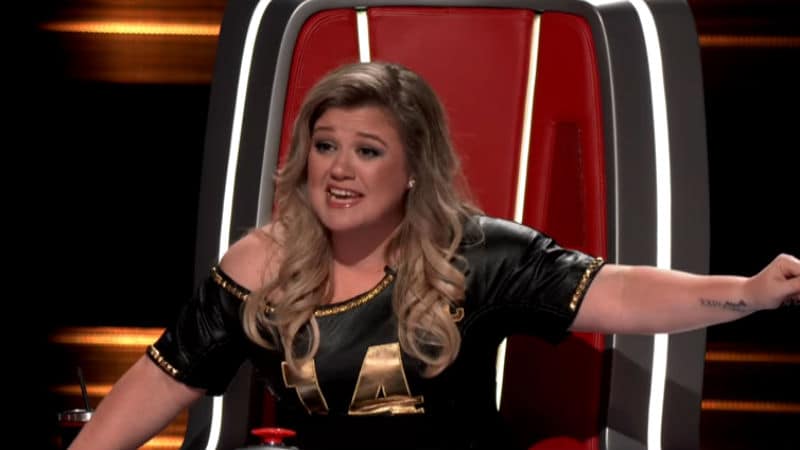 Kelly Clarkson leaving The Voice is a real concern for viewers of the popular reality show. With a new season on the horizon, so many are wondering what the newer judge is going to do in 2019.

It was announced a few months ago that Kelly Clarkson would be hosting her own talk show in 2019. There was some conflicting information about the timeslot she was given, leaving soap fans to wonder whether Days of our Lives would bite the dust in favor of Clarkson’s new endeavor.

Is
Kelly Clarkson leaving The Voice?

A brand new season of The Voice will begin in a little over three weeks. Returning favorites and staples Adam Levine and Blake Shelton are going to be sitting in their chairs waiting to turn when they hear the talent.

Kelly Clarkson will return to The Voice as well and rounding out the judges for the new season is John Legend.

There was some concern that Kelly Clarkson would be leaving The Voice in order to work on her talk show which will debut in September 2019. It looks like she has been able to work on both projects without any conflict for the spring season of The Voice.

When
does The Voice begin?

Monday, February 25, 2019, is when the new season of The Voice will debut. Kelly Clarkson will be sitting alongside all male judges, which may or may not give her an advantage.

With Kelly Clarkson sticking around for at least one more season of The Voice, viewers are excited to watch. Adding John Legend this time around will give the show a little more variety and seeing him work with Clarkson, Adam Levine, and Blake Shelton is going to give fans a fresh perspective.