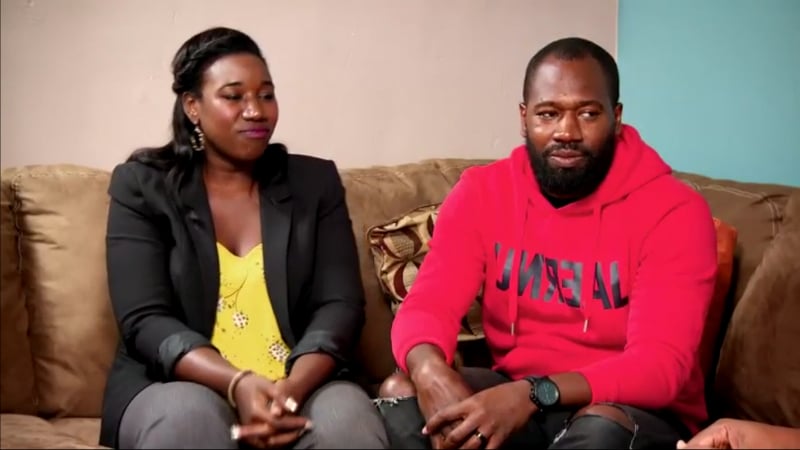 When Jasmine and Will first met on Married at First Sight, viewers couldn’t help but cheer for them. They were quickly considered one of the favorite couples of the season and one of the most likely success stories.

However, when the Season 8 MAFS couples headed to Costa Rica, Jasmine and Will started looking like a disaster than a match made in heaven,

It all started during their ATV trip, when Jasmine got upset because Will didn’t come to her rescue.

Then, things went bad to worse when Jasmine, who calls herself an independent woman, argued about gender roles with her new husband. It turns out that she wants all the independence of working full time and keeping her entire paycheck.

That’s right, Jasmine wanted Will to foot the bill for everything because “that’s what the man does” but when he turned the tables on her and asked if she was going to stay home to cook, clean and tend the kids, she got very offended.

Later in the trip, Jasmine struck again when she saw a hair in the mud bath the newlyweds were giving each other and it grossed her out. Okay, that’s understandable but somehow that translated to her refusing to swim as well and that put a damper on the whole mood for Will during the outing.

Now that Jasmine and Will are back in Philadelphia and settling into their “normal” married life, it’s time to sit down with Pastor Cal and talk about the issues that came up.

The gender roles argument did come up with Pastor Cal asking if she really expected Will to pay for everything even if she were the one to earn more. She didn’t back down.

However, Will revealed that the two had come to an agreement or a compromise of sorts with Will footing 60 percent of the bills and Jasmine picking up the other 40 percent. At least they’re getting closer to even than she initially wanted.

That said, the two still haven’t been intimate and that is something else that worries the relationship expert. He fears that falling into the best friends roles may cause problems for intimacy down the road.

That could change soon since both Jasmine and Will admit that they are attracted to each other. Hopefully, they’ll seal the deal soon because they’ve got more to work on beyond whether their marriage has been consummated.

It’s still pretty early in the Married at First Sight season to really know if Jasmine and Will have a chance at a successful marriage or not but they are quickly becoming a couple to watch as the pair work to see if they are really that compatible after all.

Married at First Sight airs on Tuesdays at 9/8c on Lifetime.