University student Ben was tonight’s first contestant on the ITV game show, which has been filmed since the outbreak of coronavirus. Due to this, there was no studio audience present. This has instead led to two opportunities to Phone A Friend instead of the Ask The Audience lifeline. However, when the player used up his last lifeline on another friend, Jeremy became confused when he asked to call someone with the same name as his previous contact, warning him: “You’re not allowed to use the same contestant!”

The contestant got off to a strong start but became stumped over a question on the cocktail, mimosa.

However, he ended up phoning his friend David after using the Ask The Host lifeline, with Jeremy unsure of the answer.

Jeremy had told him: “I don’t think there’s anything like Buck’s Fizz,” but he decided to go for the 50/50 to try and reassure himself, before phoning his friend David.

Luckily, his friend gave a quick answer, explaining how Mimosas were the same as Buck’s Fizz, one of the options he had been left with. 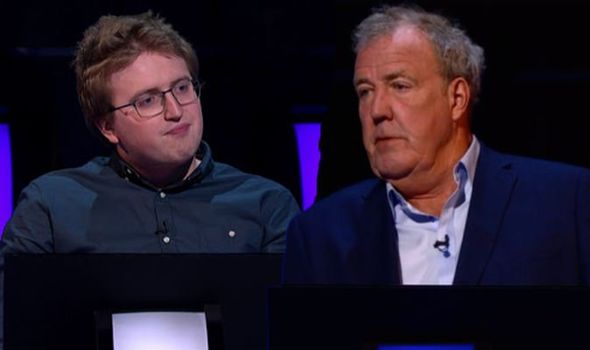 “Good job you didn’t listen to me as you say, he sounded confident,” Jeremy said, with Ben soon opting for the correct answer.

However, after struggling on the question, he was only left with one more lifeline – another Phone A Friend, which he used on the next question.

But when Jeremy quizzed him on who he was calling, the player said: “Another David, Dave.”

This led the host to remind the player: “You’re not allowed to use the same contestant,” which he had explained earlier on the programme. 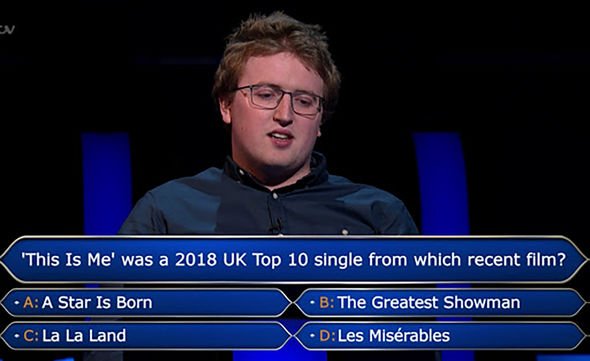