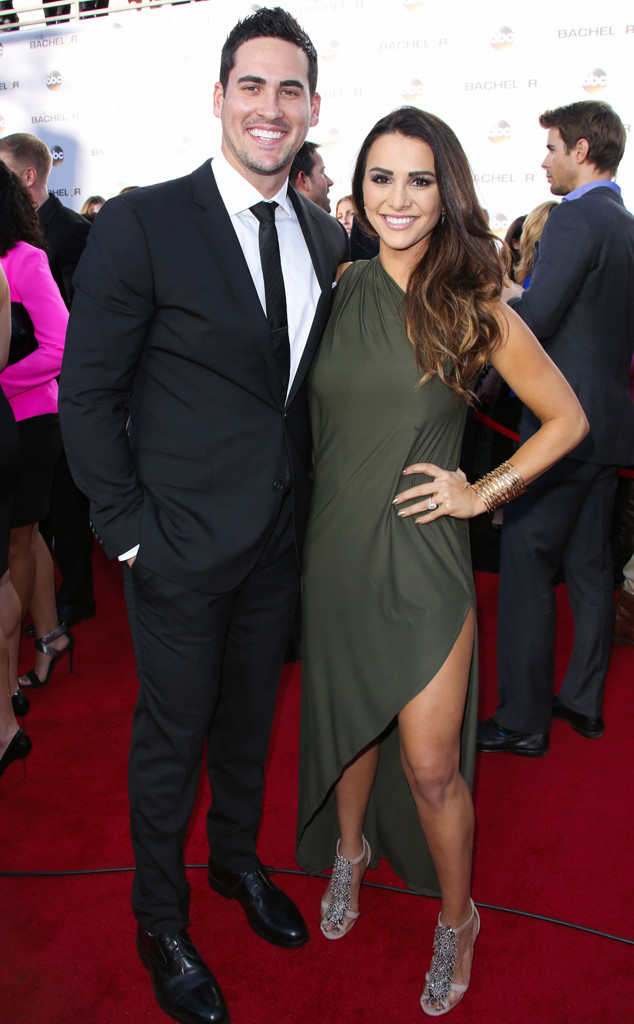 Moments before Colton Underwood‘s season of The Bachelor premiered on ABC, Murray posted an Instagram photo that blatantly compared his ex-fiancée Andi Dorfman to the Devil. Dorfman was the leading lady on The Bachelorette back in 2014 and accepted Murray’s proposal over Nick Viall. Viall and Dorfman had some pretty awkward encounters after the show (cue her calling him out on their night together in the fantasy suite), but Viall ended up going on to become the star of his own season of The Bachelor.

As much of a happy-ish moment that was for Murray and Dorfman 5 years ago, the former pro athlete doesn’t reflect too kindly on it now.

Murray’s insulting photo was a shot of him down on one knee proposing to the attorney. However, Dorfman’s face is covered up by a devil emoji. “Haterz will say it’s photoshopped … hoping the new bachelor comes away with an Angel,” he captioned it. His hashtags included “#isthisnotfunny” and “#doesanyonehaveasenseofhumorin2019.”

To top it off, he made the geotag Hell, Norway. It’s safe to say that subtlety is not his strong suit.

Well, all’s fair in love and Bachelor Nation because Murray and Dorfman split less than a year after their engagement.

The former baseball player then appeared on Bachelor in Paradise and had a pretty tumultuous relationship with Amanda Stanton. They got engaged at the end of Bachelor in Paradise, had a messy breakup, rekindled their romance and then split for good in a very public ordeal. At one point, Murray threatened legal action against Stanton. “I just want Amanda to stop lying about me, stop speaking to the press about me, and for Amanda and her friends to stop trying to cyber bully me,” he told E! News in April 2017.

Before that, Stanton told us that she saw many “red flags” throughout their relationship, including his temper. However, she “chose to ignore” the warning signs. The lifestyle blogger explained she felt he was “extremely controlling” and apparently didn’t like it when she spent time with her friends.

She told E! News in another 2017 interview, “He’s the worst. Everybody warned me.”