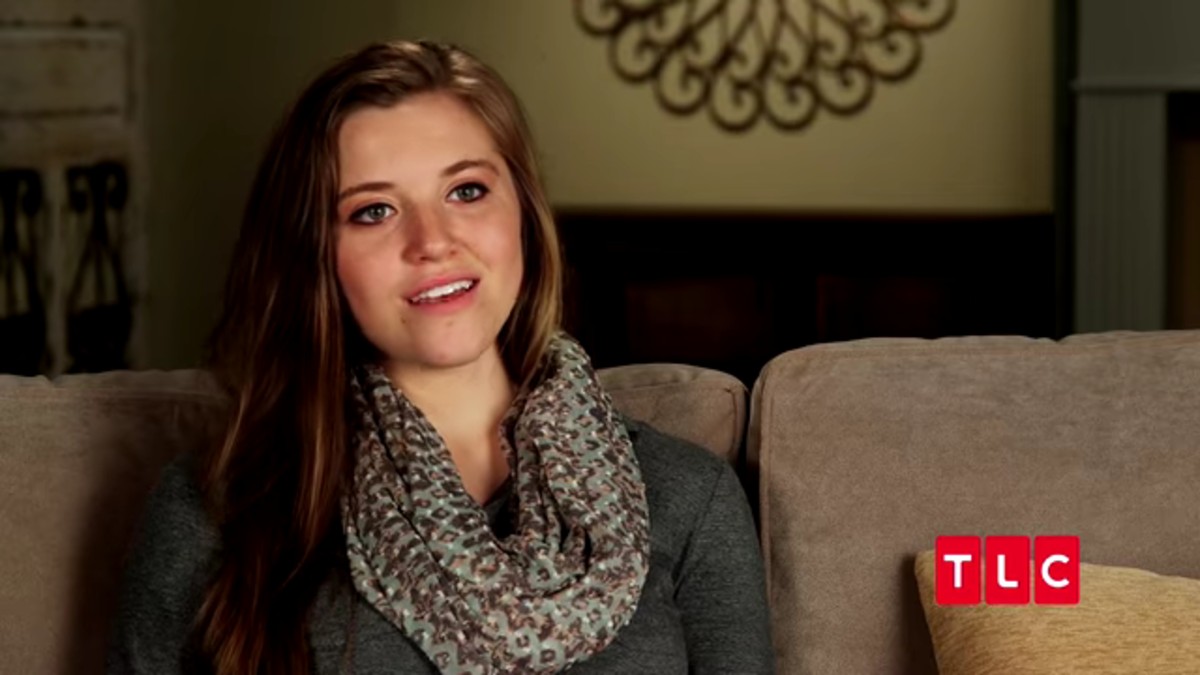 Joy-Anna Duggar is just three weeks postpartum, and she is still working through the tired stage of newborn parenting.

Earlier this week, she revealed the trials of having two young children when Gideon got into her makeup while she was busy with Evelyn Mae. Things have changed a lot over the last three weeks, and Joy-Anna is doing her best to manage everything.

On Instagram, Joy-Anna Duggar shared a mirror photo of herself wearing pajamas while holding Evelyn Mae and standing with Gideon. She revealed that lack of sleep is starting to catch up with her because her little one still has her days and nights mixed up.

One Counting On fan asked Joy-Anna is Austin Forsyth helps at night. In a not-so-shocking response, she replied, “Austin does help a lot, but he also has to go to work during the day, so I try not to wake him!”

Duggar fans weren’t shocked by her answer because he can’t necessarily help with the middle of the night feedings. Joy-Anna Duggar is breastfeeding, and unless she pumps and also bottled feeds, there isn’t much Austin could do.

There were a few critics who clapped back at her response about Austin Forsyth having to work and neglecting the fact that she works taking care of the children too. Overall, though, many of the responses were incredibly positive. 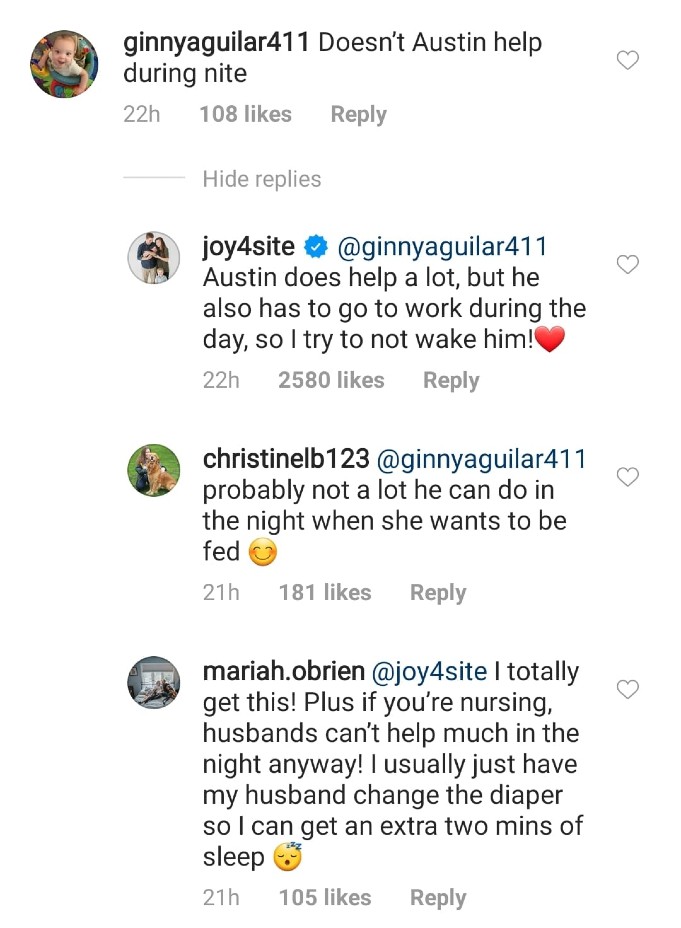 Counting On is still airing, but it looks like Joy-Anna Duggar and Austin Forsyth may be done with the show. Earlier this summer, Derick Dillard revealed that they quit filming as well. This happened because he was upset they were still a part of the family nights and he and Jill Duggar were not.

The last couple of weeks have been an adjustment period for Joy-Anna and Austin as they shift gears from one child to two. Right now, Gideon is a toddler and has been keeping them on their toes. Evelyn Mae was born just three weeks ago, so a lot has happened within the last month for the family.

It is unclear what they plan to do moving forward. Joy-Anna has been focused on adjusting to her new life and Austin has been there supporting her needs where he can. Neither has spoken out about their plans for Counting On, but they have increased their YouTube content tremendously.

Counting On airs Tuesday nights at 9/8c on TLC.