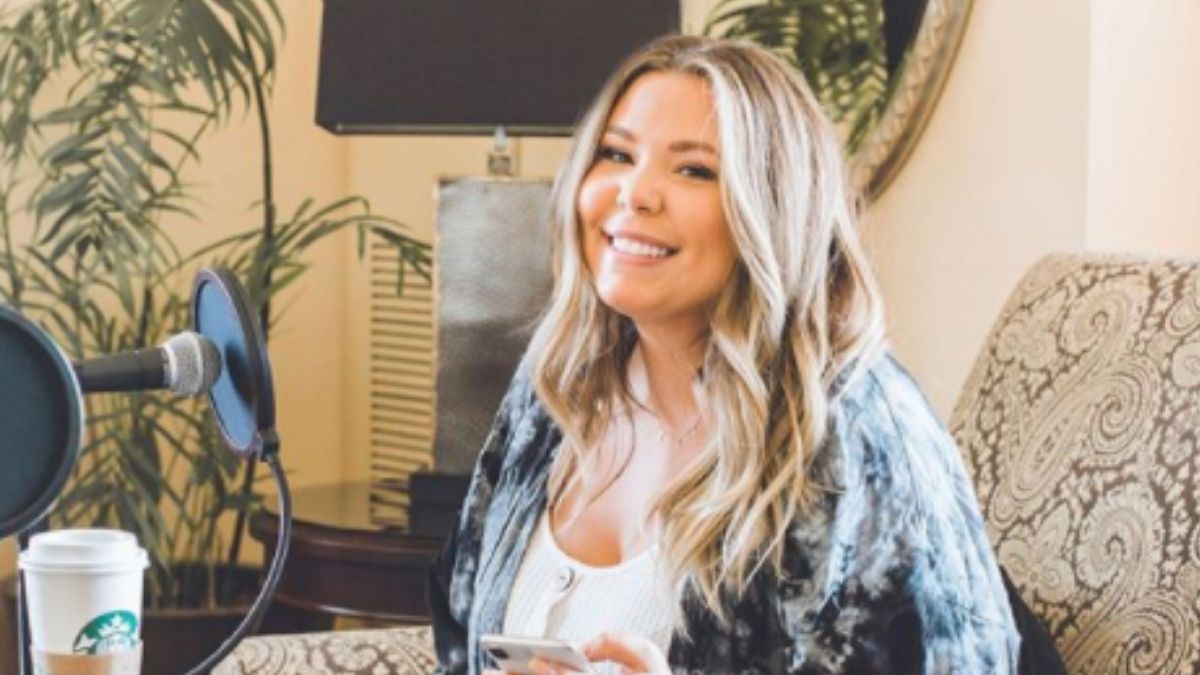 Kailyn Lowry has revealed the origin of her son’s name, and it’s not what you think. The Teen Mom 2 star welcomed her son Creed on July 30, and finally revealed his face and name 12 days later.

In an August 10 Instagram post, Kailyn posed with Creed in his nursery, and captioned the photo: “C R E E D guiding principle.”

On a previous episode of her Coffee Convos podcast, Kailyn went into detail about coming to a decision on the name, something almost every parent stresses about.

Kailyn explained that though she wasn’t “ready to commit” to a name, she did have quite a few that she liked. She also revealed that she wanted to avoid names with the initials “I” or “L” so she didn’t start a theme (her other sons are Isaac, Lincoln, and Lux).

She said that Creed appealed to her in part because of its meaning, which she hinted at in her Instagram post.

Kailyn and Chris Lopez have had a tumultuous relationship

Although she is now on better terms with her other baby daddies Jo Rivera and Javi Marroquin, Kailyn has had a tumultuous relationship with Lux and Creed’s father Chris Lopez.

When she was still pregnant, Kailyn made it clear she didn’t want Chris at the birth of their second child together. During an Instagram Q&A session in July, Kailyn wrote, “Why would I make the call to someone who has not been helpful, consistent, empathetic or compassionate for the entire nine months.” 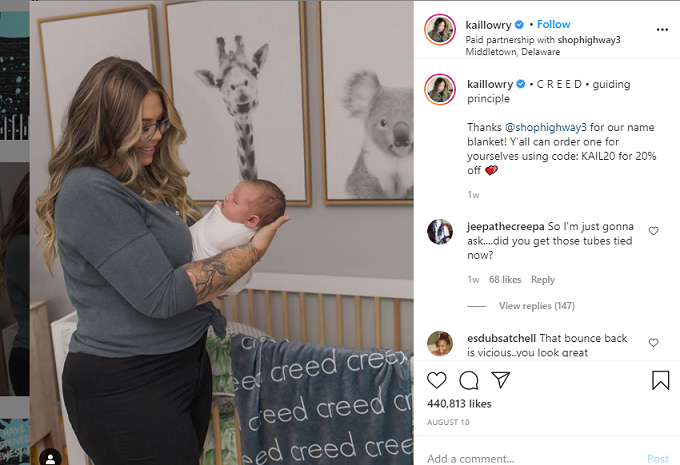 She continued, “Says he doesn’t care, but thinks he should be included in the birth? Make it make sense.”

During the Q&A, she also explained, “My mental health and consistency in my sons’ lives are more important than he said/she said. As their mother, I know in my heart, I’m doing what I believe to be best. I’m sorry if everyone else disagrees.” 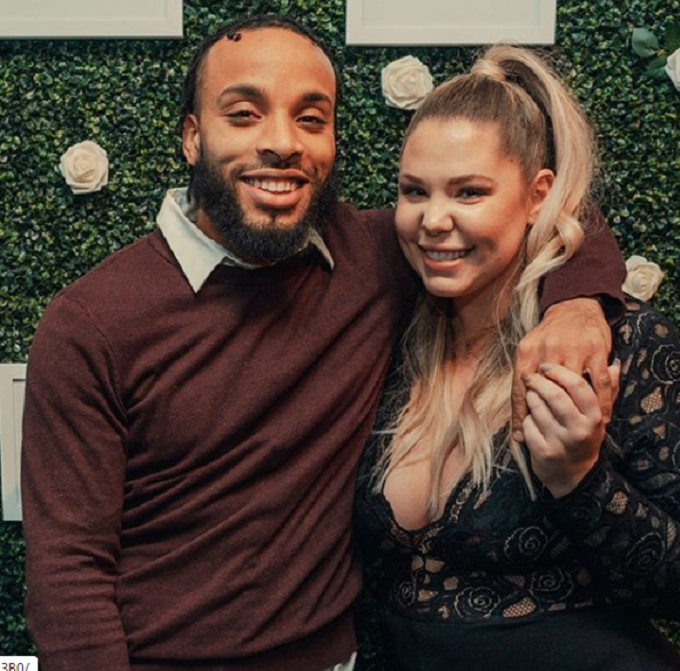 Despite being so set on not having him there, Kailyn later revealed during her Coffee Convos podcast that Chris was in fact at the birth of Creed. During the show, the Teen Mom 2 star said she changed her mind the day she went into labor.

Though she wanted to get to the hospital for an epidural, she claims she didn’t think she would make it in time and later gave birth in bed at home while Chris was present.

Although she changed Lux’s last name from Lopez to Lowry when he was a few months old, Kailyn decided to give Chris a second chance with their son Creed.

She explained, “My relationship — or I don’t want to call it a relationship. … My entanglement with Chris is so complicated, and it’s so public and, partially, that’s our fault because we do it to ourselves. I just, I wanna do the right thing, even when I’m upset.”

Not only has Kailyn been dealing with baby daddy issues, and having four kids, but she’s had to make time to defend herself against social media trolls.

The MTV star clapped back at comments on her recent Instagram photos of her new son Creed asking why the baby was white and criticizing her for having kids with multiple men.

Kailyn posted an Instagram story defending herself and her kids, writing, “It’s 2020 [and] we are still confused about how genetics work?!? [I’m] confused.”

She continued, “Please stop messaging and comment about my son’s [skin] color. Yes, Chris is his dad. But I’m white, so there was a possibility that our child could be white. Imagine that.”

She even posted a screenshot of one of the harsh comments in question: “Why does the new baby look like Isaac rather than his real brother. LOL. Am I missing something? I mean, Creed looks nothing like [your] last kid, and don’t they have the same dad? I’m confused.”

Will Chris step up and become more involved in Lux and Creed’s lives? Let’s hope so.

For now, you can watch all the drama that went down during Kailyn’s pregnancy on Teen Mom 2.

The new season of Teen Mom 2 premieres September 1 at 8/7c on MTV.