KIM Kardashian wears a see through top and leather trousers for outing in Los Angeles.

The Keeping Up With the Kardashians star slipped into the dazzling cowl neck top with a halterneck detail for her appearance on Jimmy Fallon's The Tonight Show. 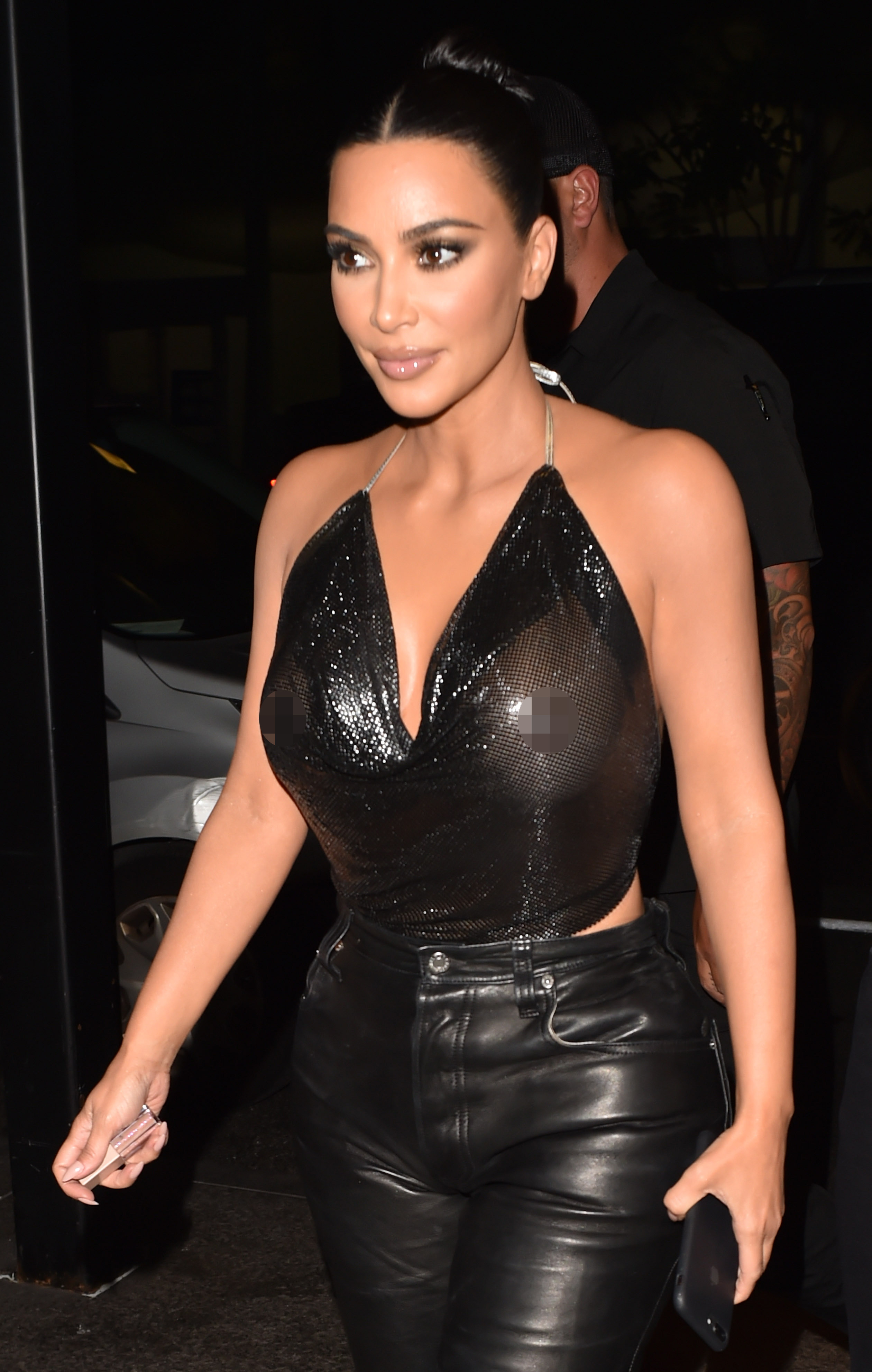 The 38-year-old opted for an all black ensemble, as she completed her look with a pair of skin tight leather trousers and heels.

While her hair was pinned up in a bun with a centre parting to ensure all eyes were on her sultry outfit.

Kim was pictured leaving the Mercer hotel in the ensemble prior to starring on the US chat show.

During the programme the show host and Kim played a game of Show Me Your Phone. 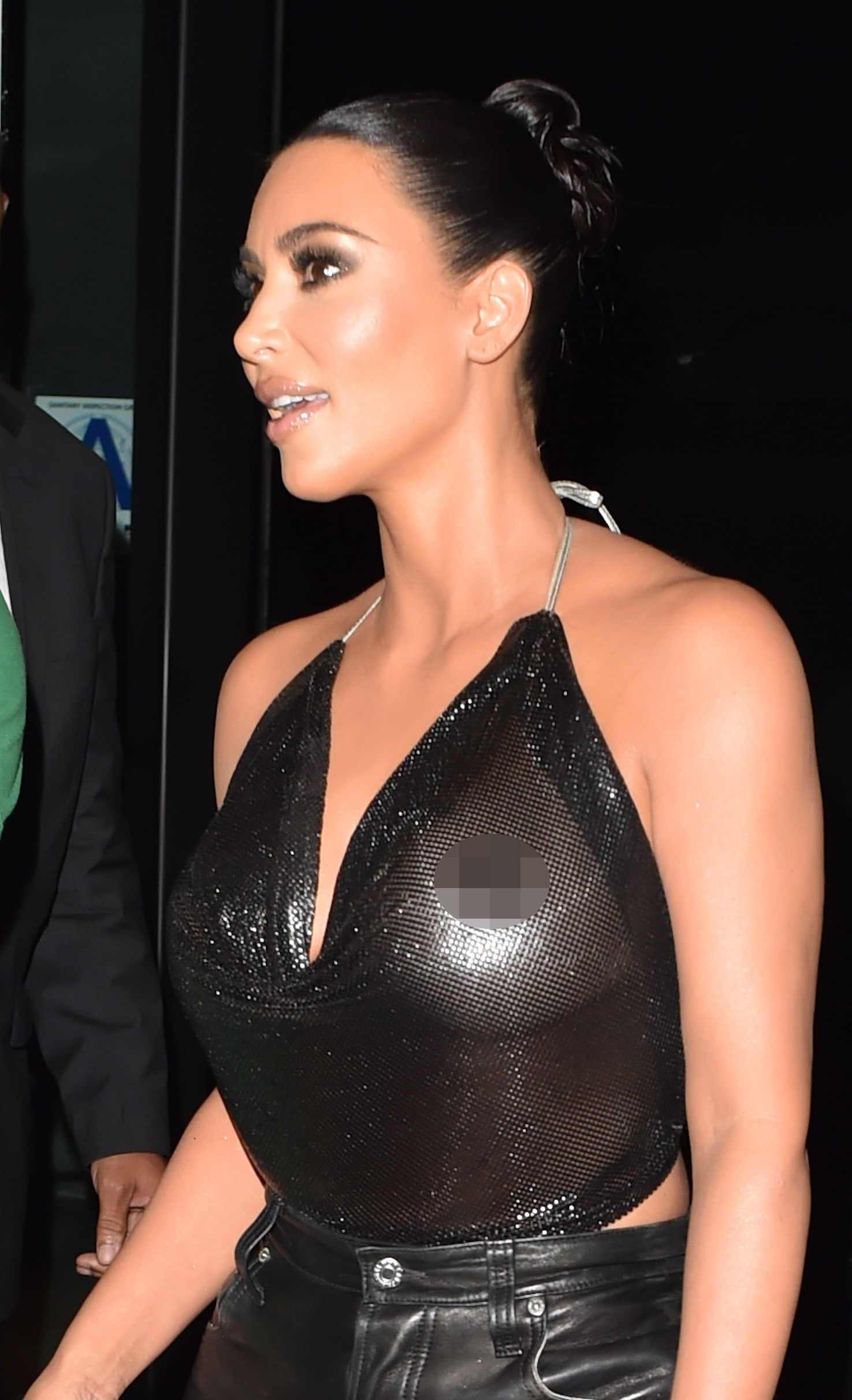 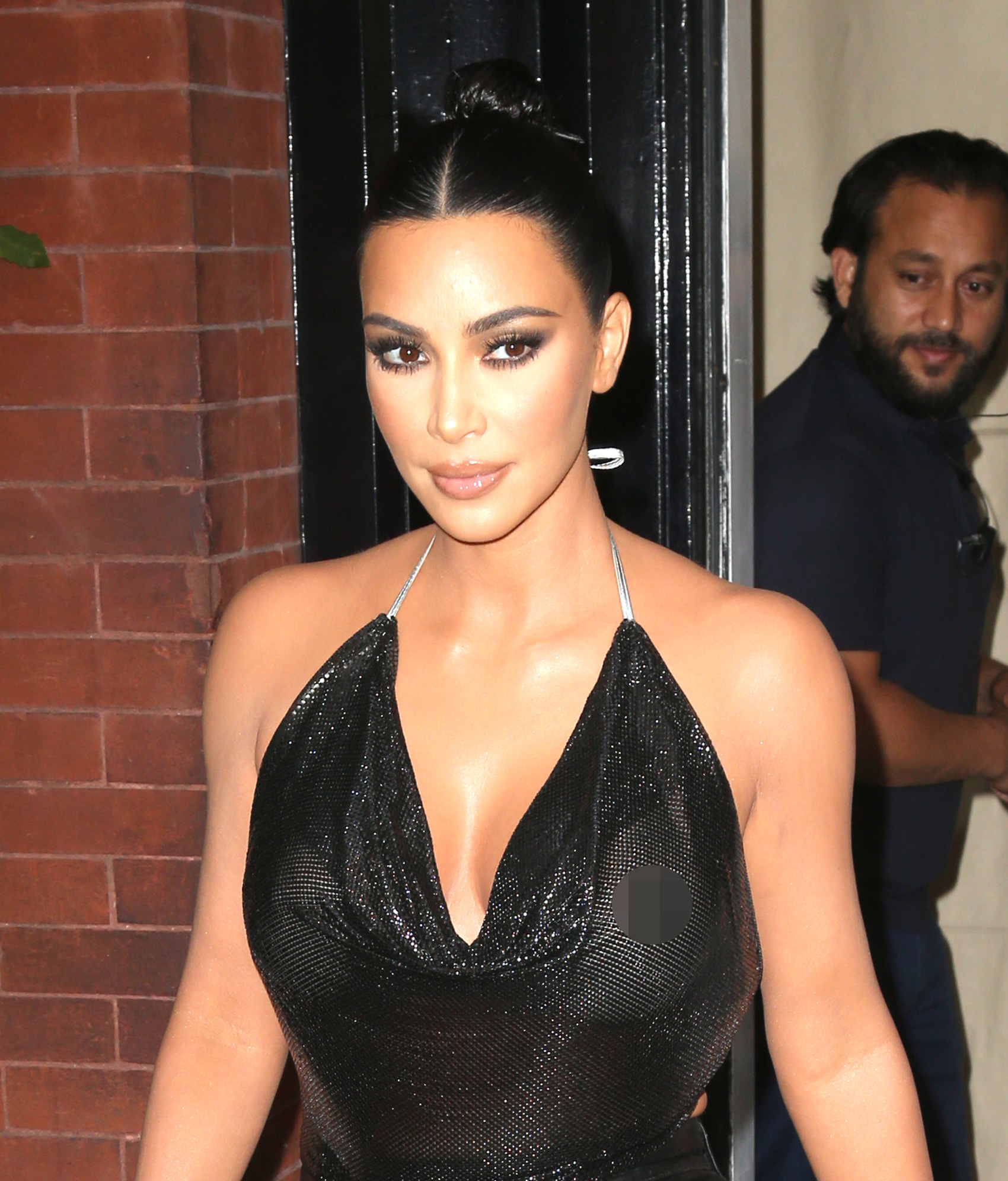 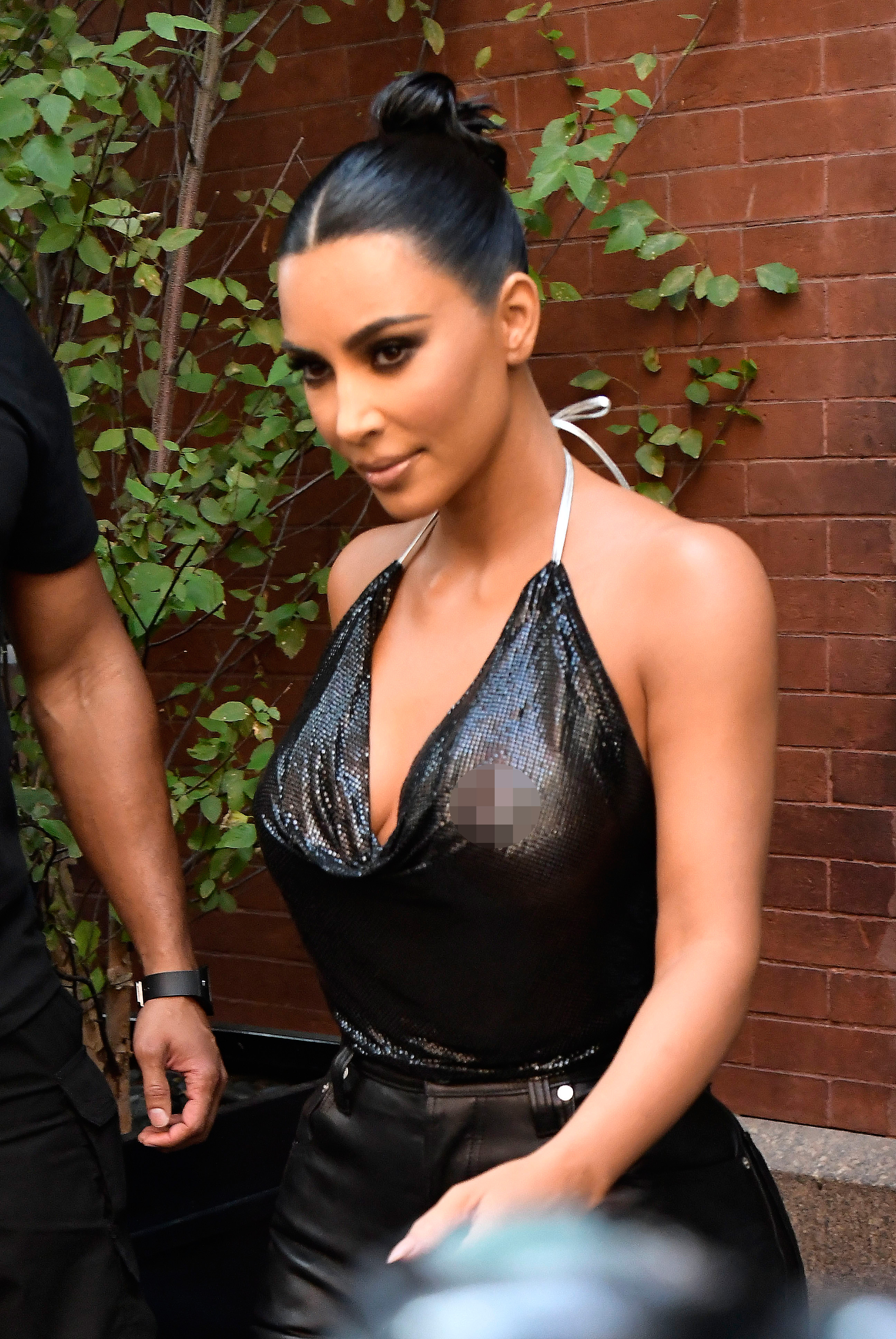 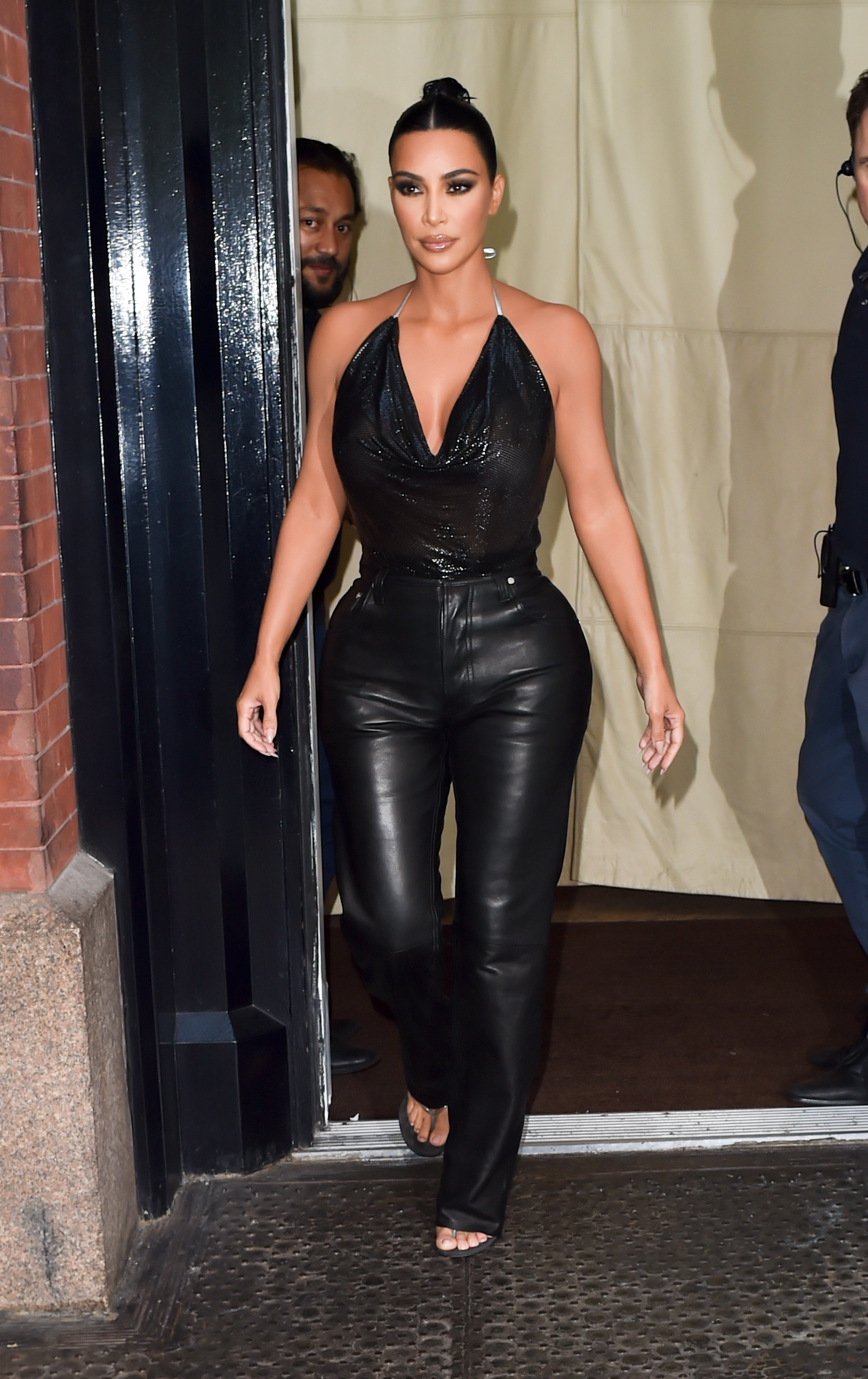 Kim had to reveal the last text message she sent to her husband Kanye West, as well as her last Google search, while Jimmy had to show his voice notes and voicemail message.

Later on the pair both had to select the worst picture in the other person's deleted picture folder, before they posted it on social media.

However, Jimmy struggled to find a bad image of Kim because her reel of outtakes included images of her trying different outfits ahead of her appearance on the show.

But Kim's evening did not stop there, as she went on to have dinner with her sister Khloe Kardashian's ex-boyfriend Tristan Thompson. 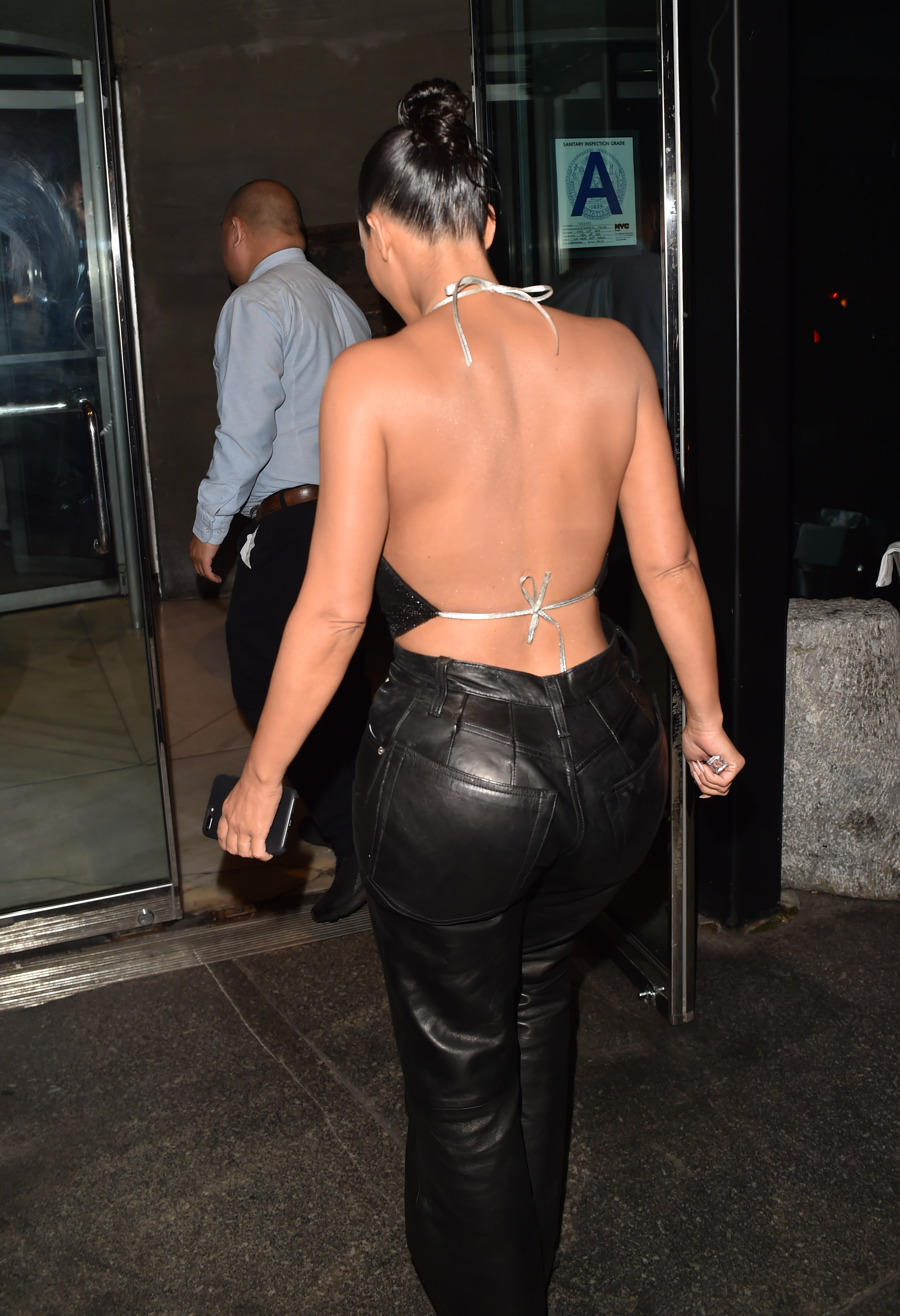 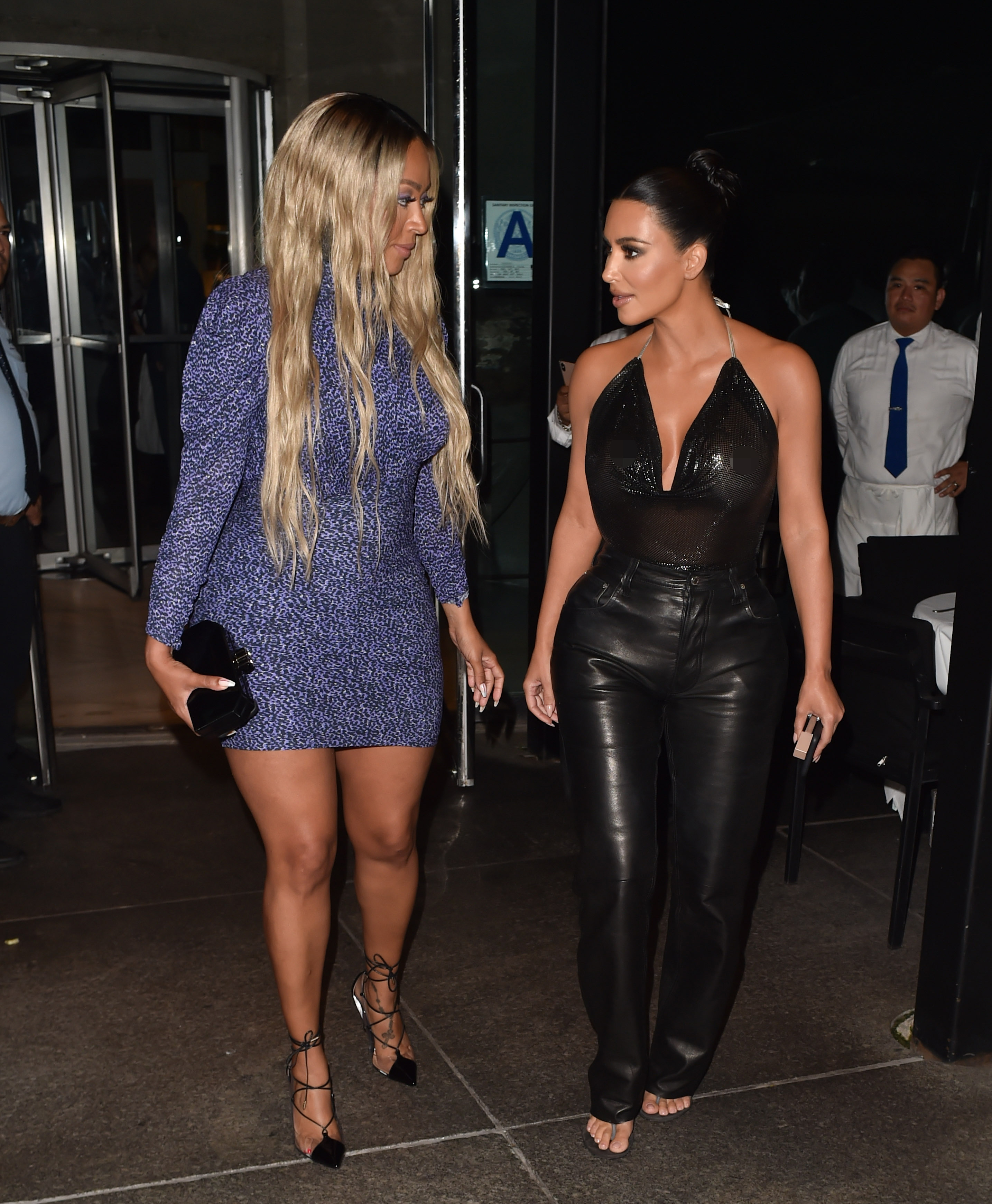 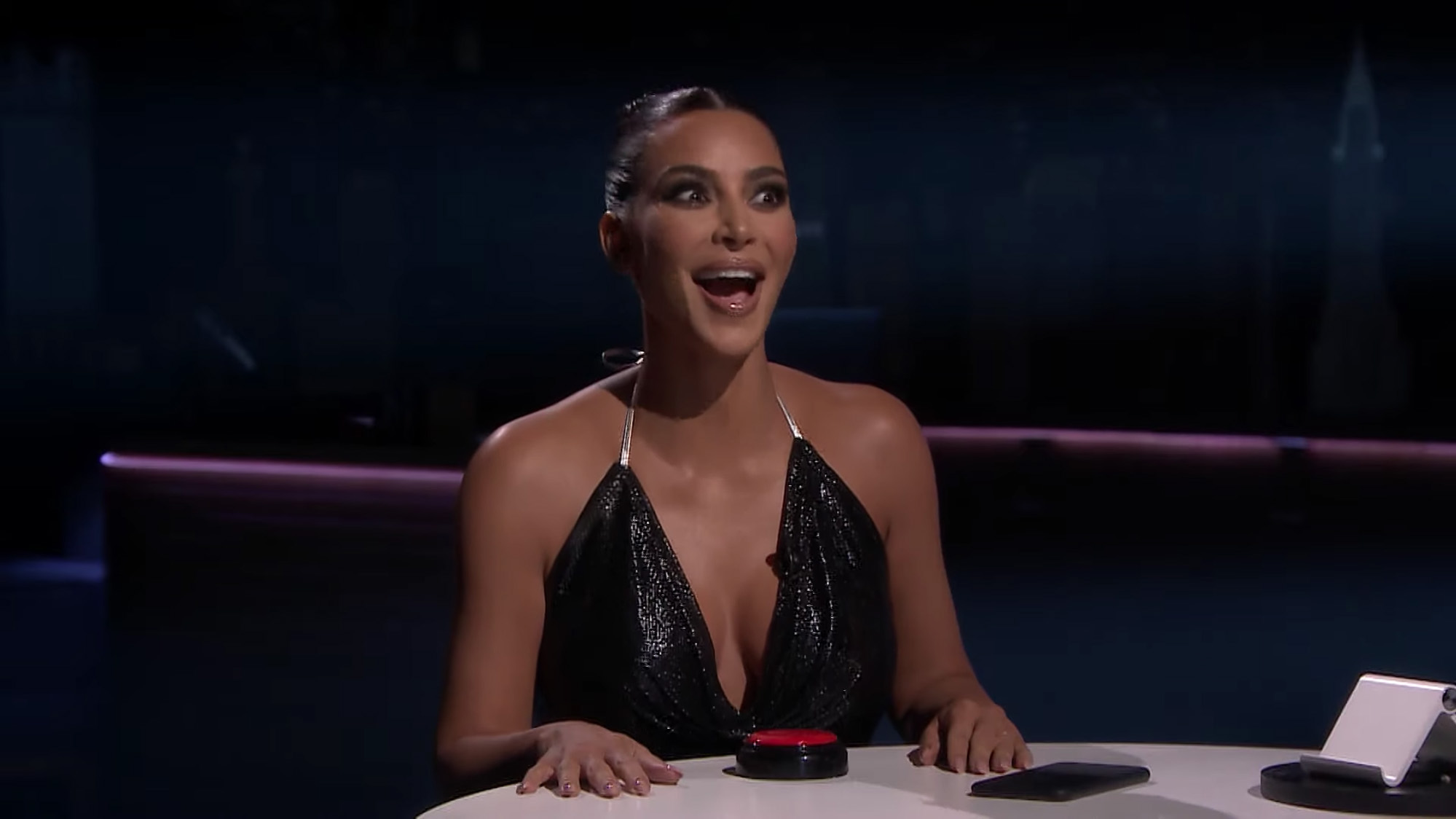 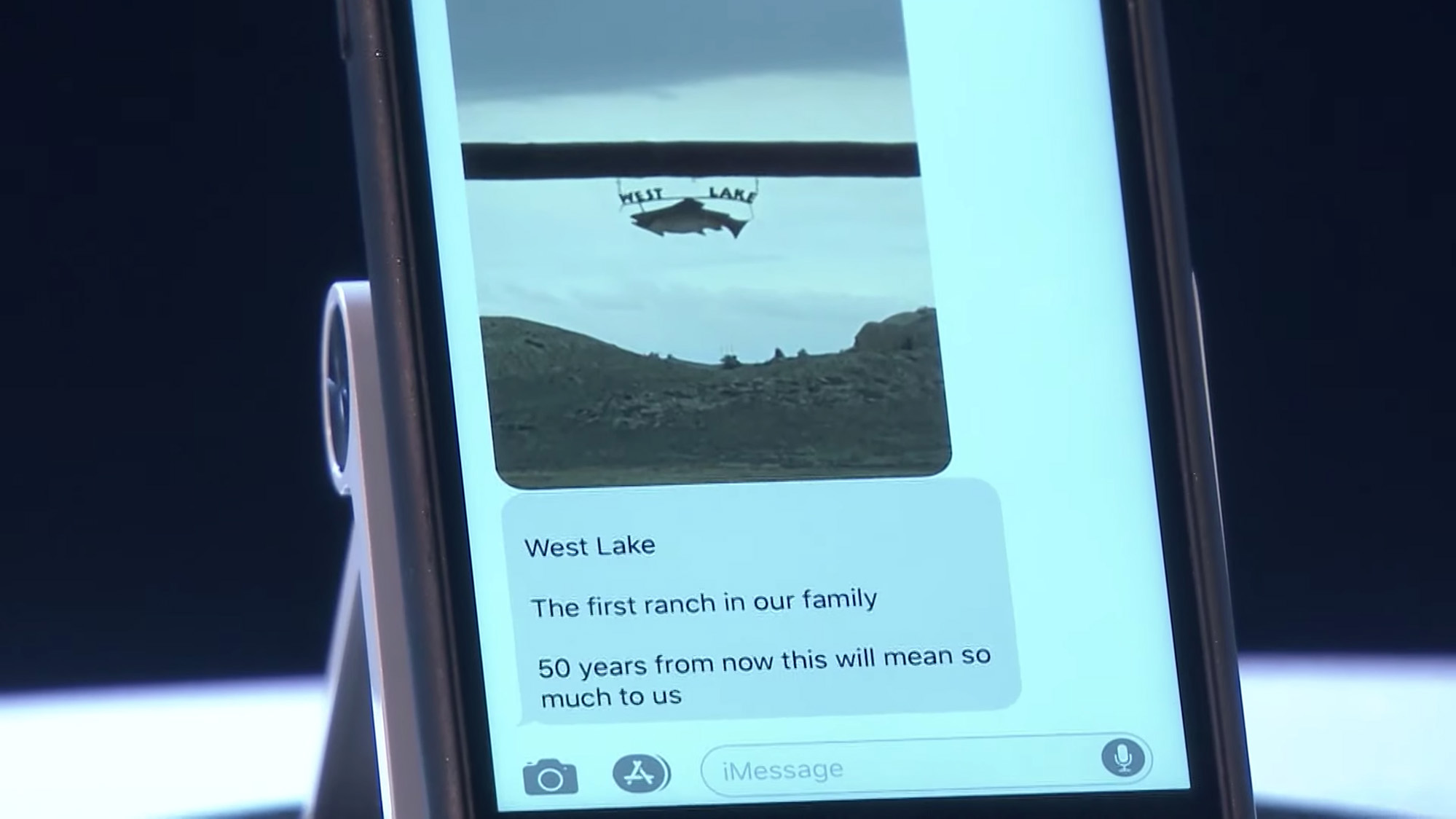 For the outing Tristan wore a black hooded jumper, matching trousers and trainers, although he kept his hood up for the outing.

Kim and Tristan were joined by Winnie Harlow, Jonathan Cheban and Elsa Hosk for the meal at Milos restaurant.

Winnie opted for a printed shirt and jeans, while Elsa followed in Kim's footsteps with her all black ensemble, complete with leather shorts, and a see-through polka dot top. 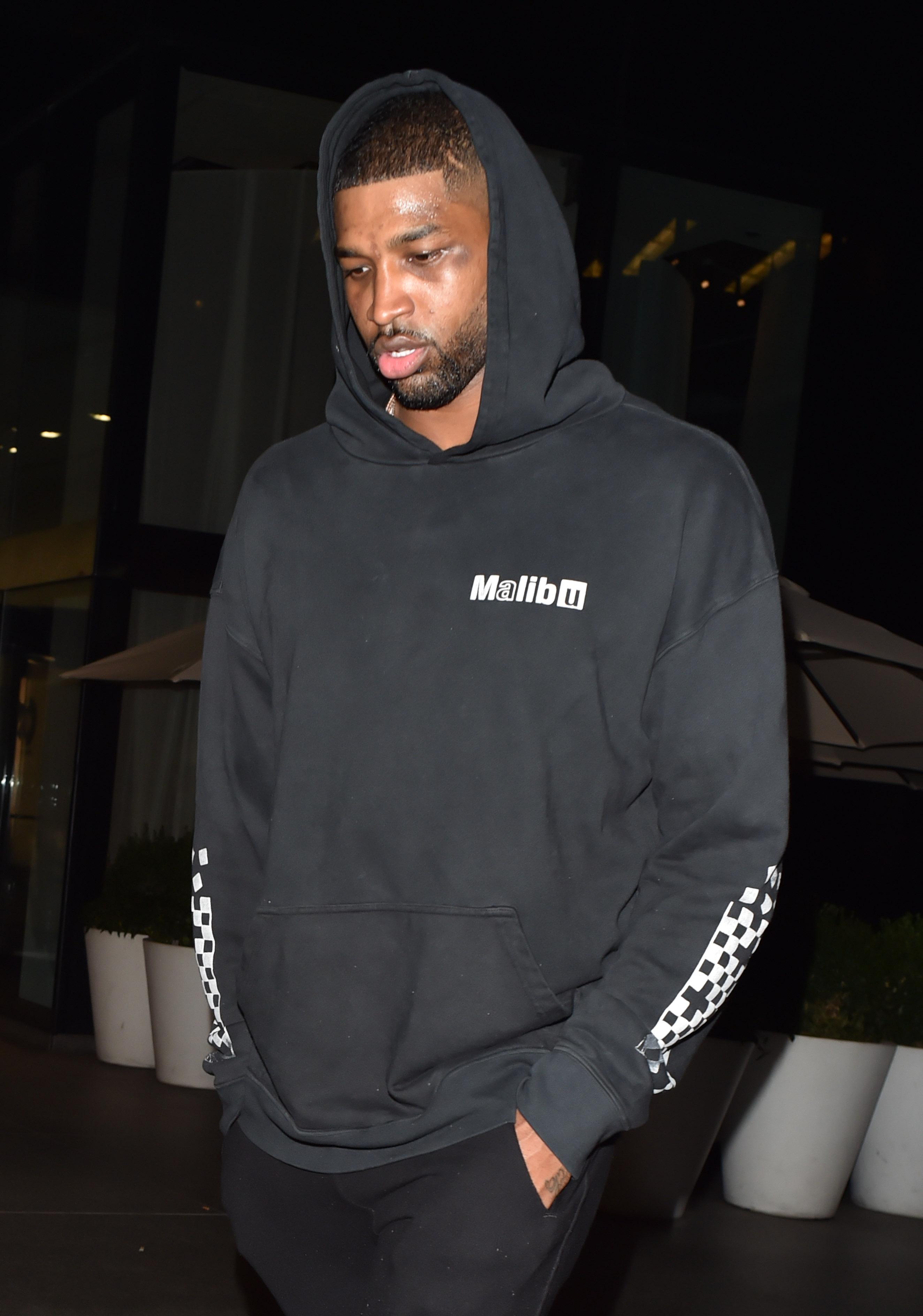 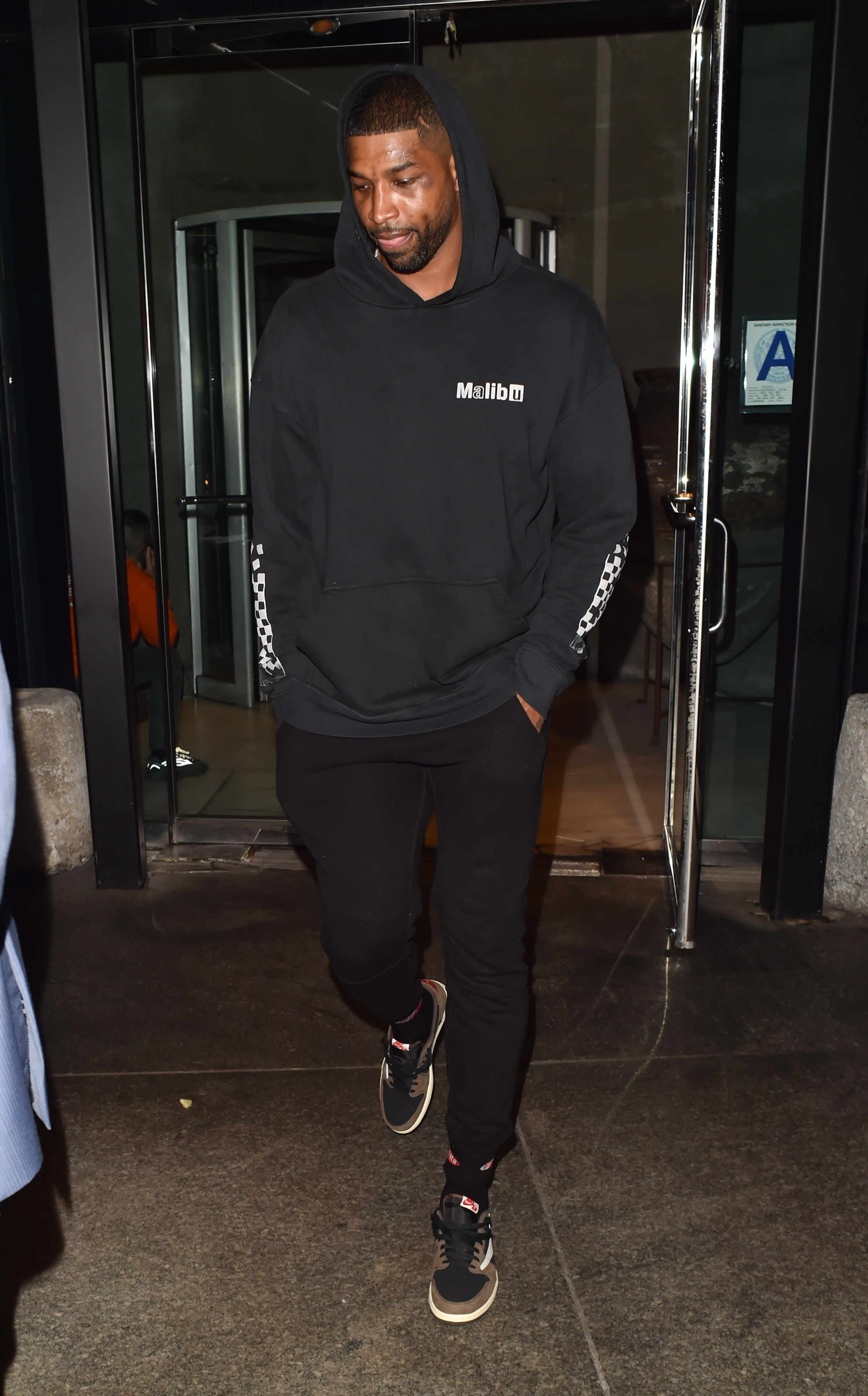 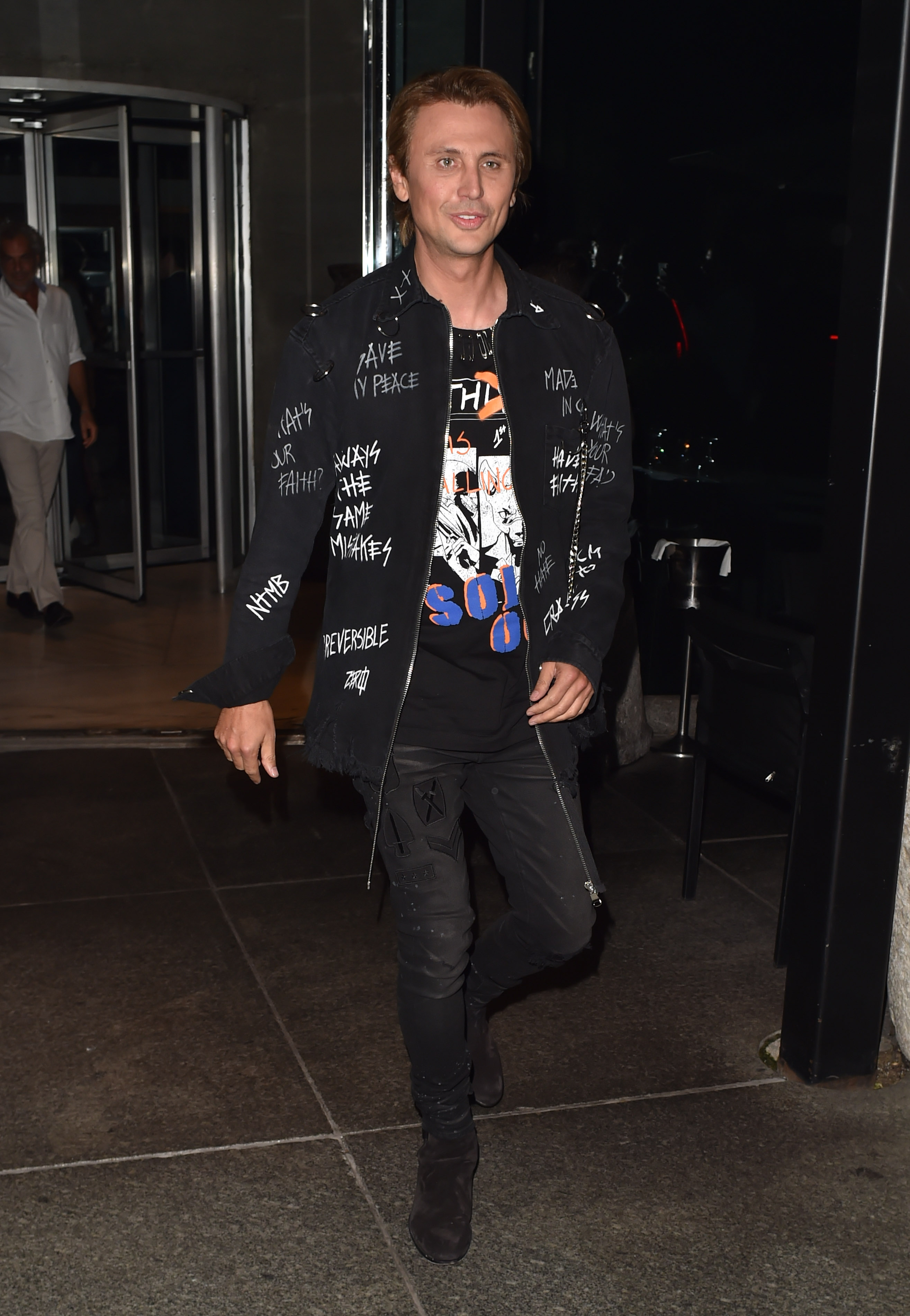 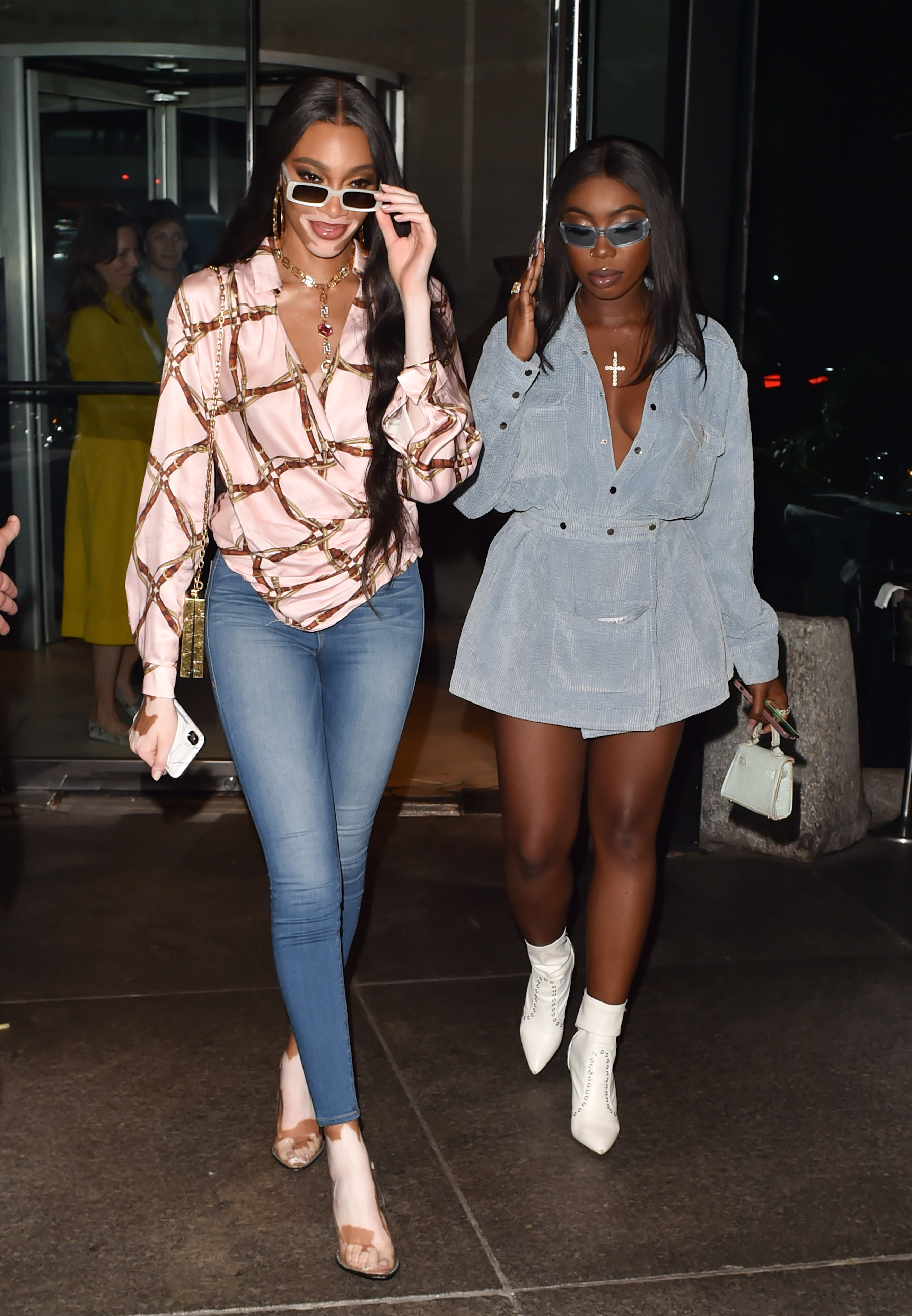 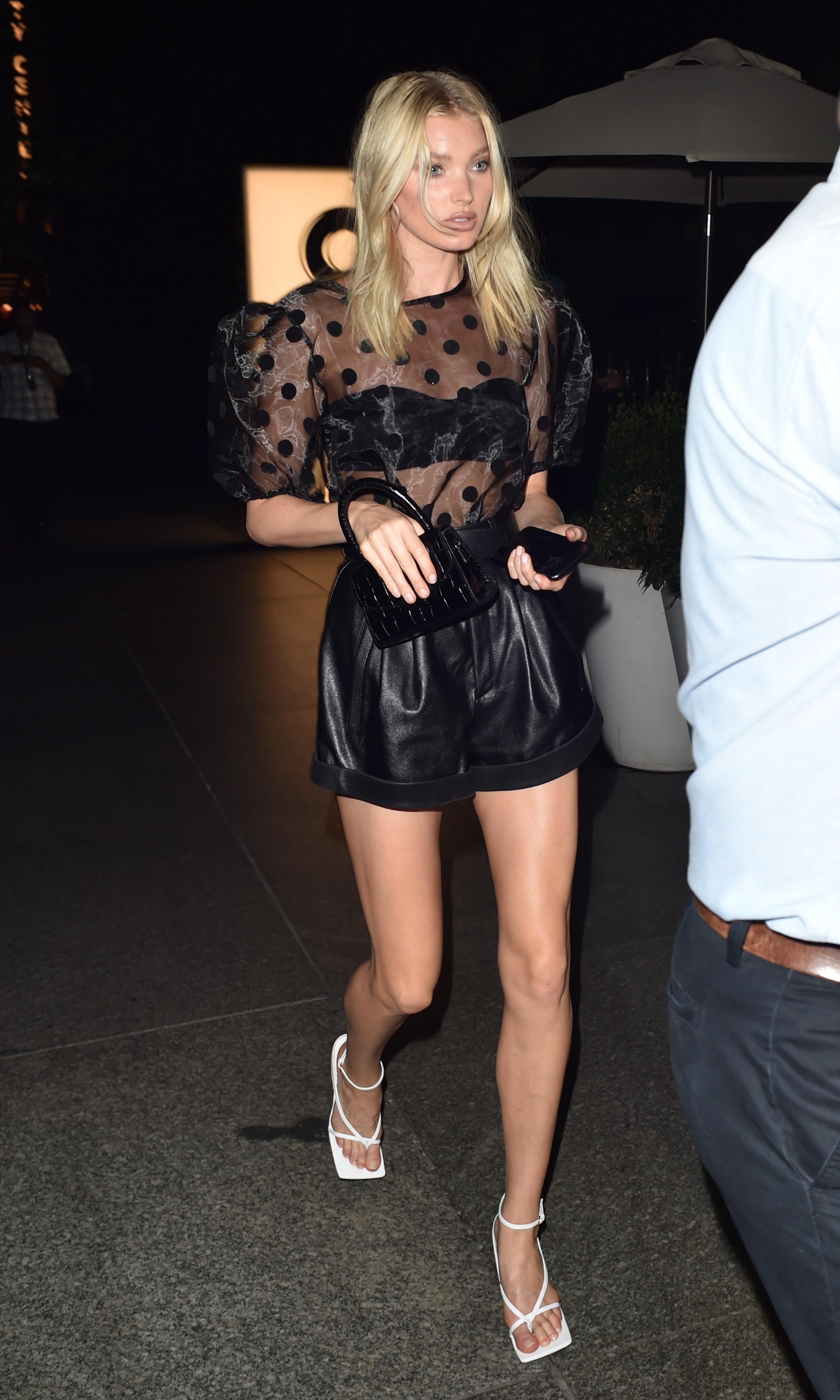 Tristan and Khloe – who have daughter True together – split earlier this year after he snogged Kylie Jenner's friend Jordyn Woods at a party.

However he has since tried to get back with the 35-year-old as the basketball player plans to set up roots in LA.

But Khloe is torn as to what to do, as she knows she needs to be civil with her ex for her child's sake.