Viewers have been blown away with all the drama in season 18 of Keeping Up With the Kardashians. No one was surprised to see so much drama between Kourtney and her sister go down.

Loyal fans of Keeping Up With the Kardashians have begun many discussions and threads exploring the complicated and ongoing issues surrounding Kourtney. A variety of opinions and theories have surfaced amongst viewers and fans as to what the root of the issue could be and, more importantly, who is in the right.

There was even a poll that encouraged and allowed viewers to vote on which “team” they were with. Find out what else fans are saying about all of the Kourtney-related drama on the show.

How have fans been reacting to the Kourtney-related drama? 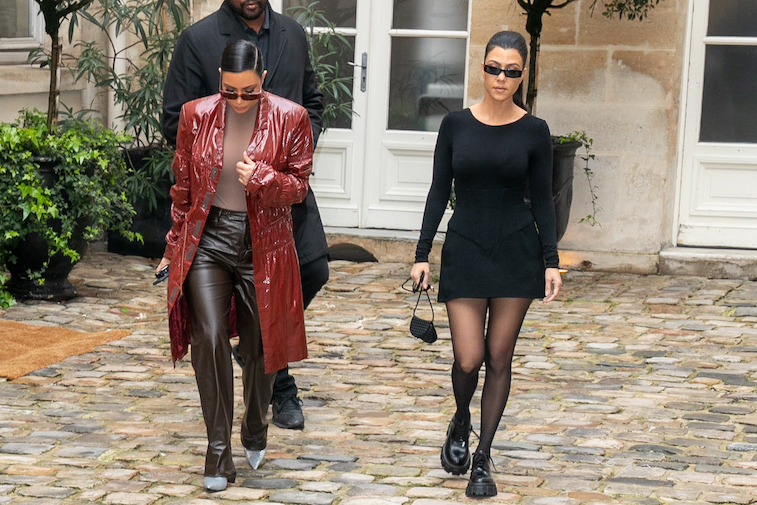 This thread showcases the array of opinions and beliefs fans have expressed over the season 18 drama. The discussion demonstrates that this is a complex and complicated issue.

No matter what side of the argument viewers landed on everyone could agree that the content and territory is a new level of intricate and messy for the Kardashian sisters.

However, there was an overwhelming amount of evidence supporting the theory that Kourtney is being treated unfairly, and Kim and Khloé have been ganging up on their sister Kourtney. Take a closer look at what fans and viewers are saying about Khloé and Kim’s role in the Kourtney’s latest saga.

What are fans saying about Kim and Khloé’s roles in Kourtney’s attitude-based spiral?

Viewers and fans have been very candid about their perspectives on the drama surrounding Kourtney on Keeping Up With the Kardashians. Some viewers might be shocked to hear that many of the Keeping Up With the Kardashians fans think Kim and Khloé teamed up against Kourtney. One user said what so many fans were thinking when they posted, “Basically I think Khloe and Kim are being vicious and enjoying teaming up on Kourt.”

Long-time viewers of Keeping Up With the Kardashians can testify to the complicated history between the sisters. The ever-changing dynamic between Kim, Kourtney, and Khloé, can be exhausting to follow, but, as fans pointed out, there is a lot of history supporting the theory that the recent blow-ups with Kourtney have actually just been a culmination of years of Kourtney being bullied by Kim and Khloé.

Fans have identified multiple reasons that support the theory

Many viewers love to resort to Kourtney’s history of having an aggressive and abrasive personality as a result of the ongoing drama, but that wouldn’t explain why this is suddenly becoming an issue now.

Not to mention, it doesn’t promote positive behaviors or mindsets. One user wrote, “I hate people saying like, ‘Kourt’s been mean for years!’ as if that’s an excuse for the other girls to be mean. NOBODY should be being mean, getting “revenge” or whatever is just petty and childish.”

A lot of comments in this thread attempt to explain the bad behaviors the viewers of Keeping Up With the Kardashians have been subjected to, but at the end of the day, the show’s history speaks for itself. Kim and Khloé have a pretty big track record when it comes to teasing Kourtney.

From her clean eating to her parenting, Kim and Khloé always seem to sneak in a jab at their sister. The pair have even based Kourtney for trying to learn new things such as when she tried to take up speaking French or playing the piano.

Even the famous actress Francine Lewis spoke out on Twitter agreeing that Kourtney is bullied by her sister.  It is clear that fans have identified an overwhelming amount of evidence that supports the belief that Kourtney hasn’t been getting treated fairly on Keeping Up With the Kardashians. These are just a few of the pieces of evidence that fans shared to promote this complex theory.