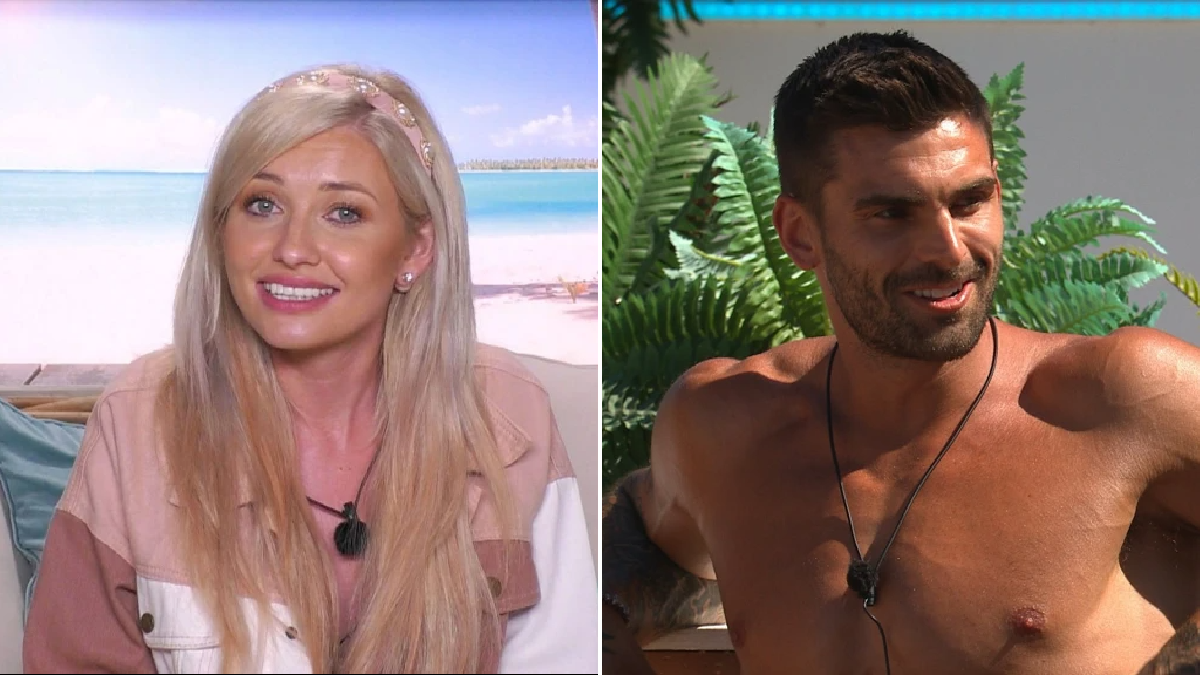 Just like the rest of the nation, former Love Island contestant Amy Hart was in complete shock when it was revealed that Adam Collard will be returning to the villa after four years.

The series four bombshell, who was famous for his wandering eye, has been treated with a second chance of finding love and in true Adam fashion, the reality star is planning to ‘ruffle a few feathers’ and ‘step on some toes.’

While previous islanders/ex-girlfriends Zara McDermott and Rosie Williams had mixed reactions over his unexpected return, Amy – who appeared on series five in 2019 – was taken aback by the shocking twist as producers made it clear former stars couldn’t return.

Speaking exclusively to Metro.co.uk, she said: ‘I mean I’m a bit jealous I won’t lie. We were always told “you will never be allowed back in here because you know too much.”

‘The fact that he has broken into that rule, and he is allowed back, like I wouldn’t have got a boyfriend if I knew that was an option. I’m joking I love my Sam [Rason].’

She continued: ‘I can’t wait to see. I think it’ll be a bit of a weird dynamic, because going in four years later could be quite interesting.

‘I’m always a bit sceptical of people coming in late because they have been watching and know who the fan favourites are, but I hope that he goes in there and follows his heart and doesn’t lead anyone on.’

The 26-year-old personal trainer became a controversial figure in the villa back in 2018 after being faced with claims he was emotionally manipulating Kendall Rae Knight and Rosie before ditching them for other women.

However, Amy believes Adam’s 2022 debut could be a perfect way for viewers to see the real him.

‘This could be his redemption arc story,’ she added.

‘Both Danica [Taylor] and Paige [Thorne] have had a really tough time. Adam is a really good bloke, I’ve met him a couple of times at events, I hope he’s just lovely to the girls and doesn’t lead them on.’

Amy – who was recently given the ultimate 80’s makeover to promote a new dining experience based on the 1985 classic The Breakfast Club – expressed that she would love to return to Love Island, but only on one condition.

‘I would totally love to go back but as an Agony Aunt, they could come and see me,’ she said.

‘I would love to do that for the All-Stars. When they come see me, they don’t have to tell me who they’re with, I can give a non-biased opinion.’

In tonight’s teaser, Paige is seen getting to know Adam, gushing over how tall he is, before she says in the Beach Hut: ‘He’s so fit. No I’m not going to lie, he is very fit.’

By the pool, Adam tells her: ‘When I’m with someone, I’m 100% with them, I’ve never cheated on any ex-girlfriends or anything like that.’

But it looks like the paramedic could have some competition, as he also has his eye on Danica, and Love Island royalty Ekin-Su Cülcüloğlu.

Subway have created the Detention Diner in partnership with The Luna Cinemas to celebrate their screening of The Breakfast Club on Wednesday July 13 – one of several movies being screened outdoors over the summer. Tickets are available via https://www.eventbrite.co.uk/e/381643484937.