FORMER Love Island star Ellie Brown continues her jet-set lifestyle as she holidays in Greece – and wows her fans in a black bikini.

The 21-year-old beauty looked sun-sational as she posed up a storm by the pool on the idyllic island of Mykonos. 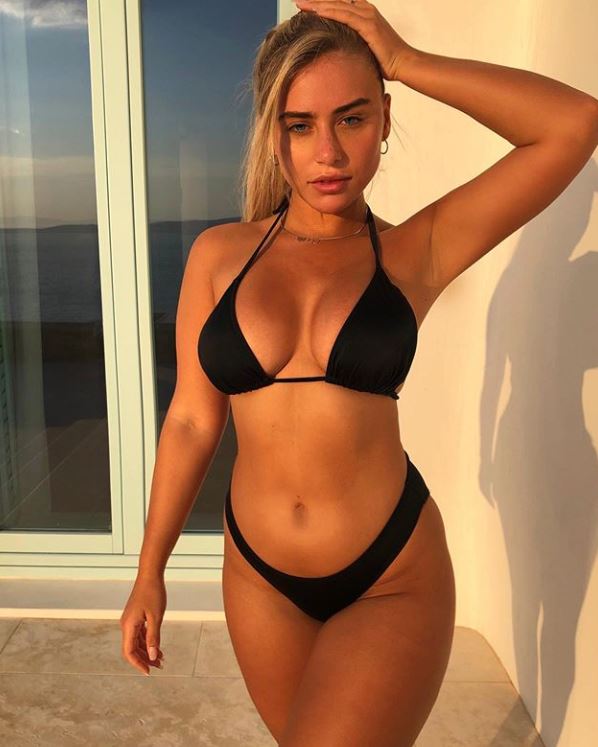 The reality star, who secretly had a boob job back in October, displayed her assets and slim waist as she wore minimal make-up and tied her long, blonde hair back off her face.

"Everywhere I go becomes my new favourite place," she wrote alongside the sexy snap. 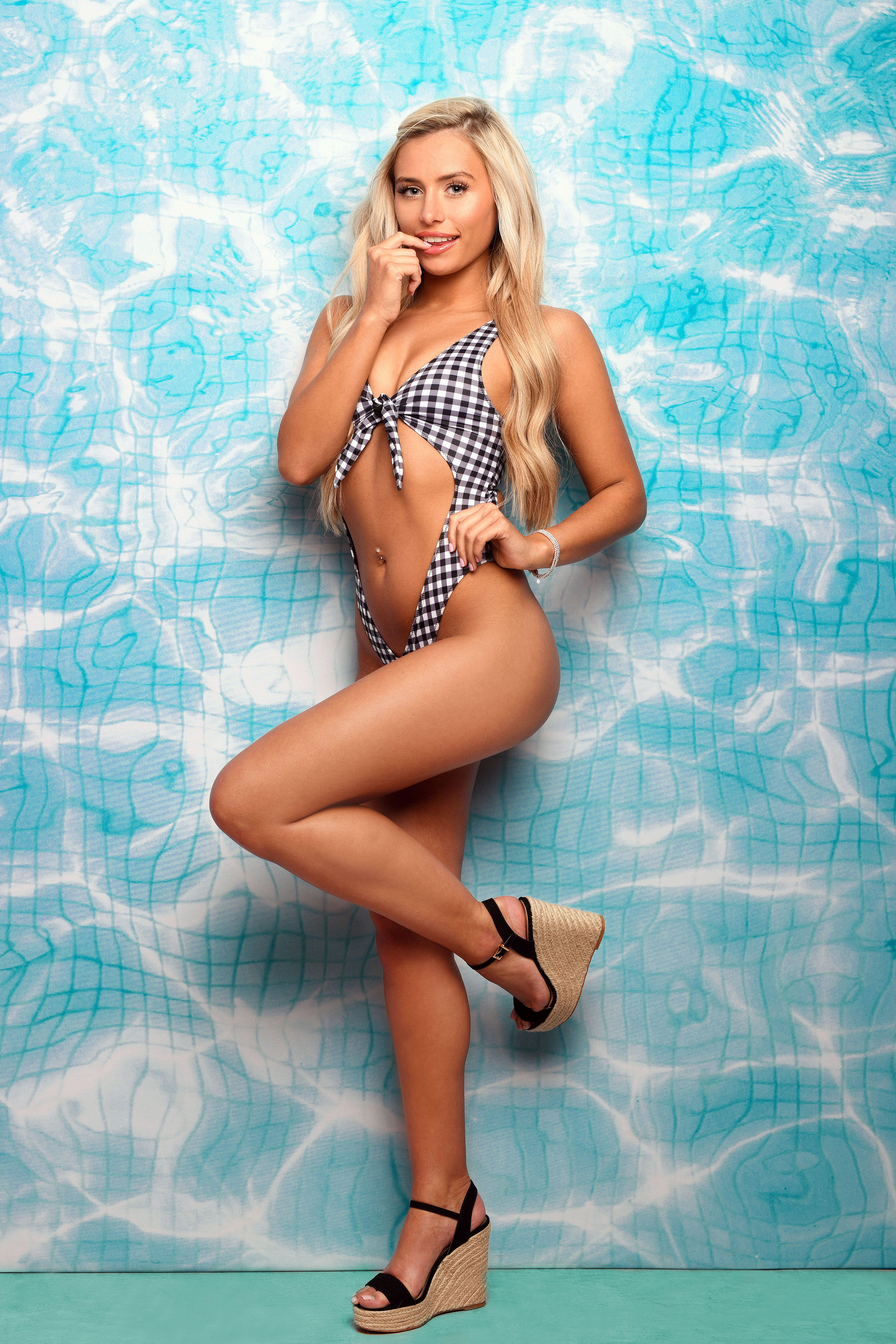 She was quick to rack up the compliments and almost 106,000 likes from her followers.

One fan told her: "Thank you for having a real and beautiful figure, please don't ever change. You are an advocate for all women."

Ellie is on the Greek island with her Love Island co-stars Kaz Crosby, Samira Mighty and Alexandra Cane, modelling for George at Asda's new swimwear range.

Just last week she was soaking up the sun in Miami with her two gal pals, Insta models Abigail Goddard and Stephanie Lam, where she flaunted her figure in a peach-coloured thong. 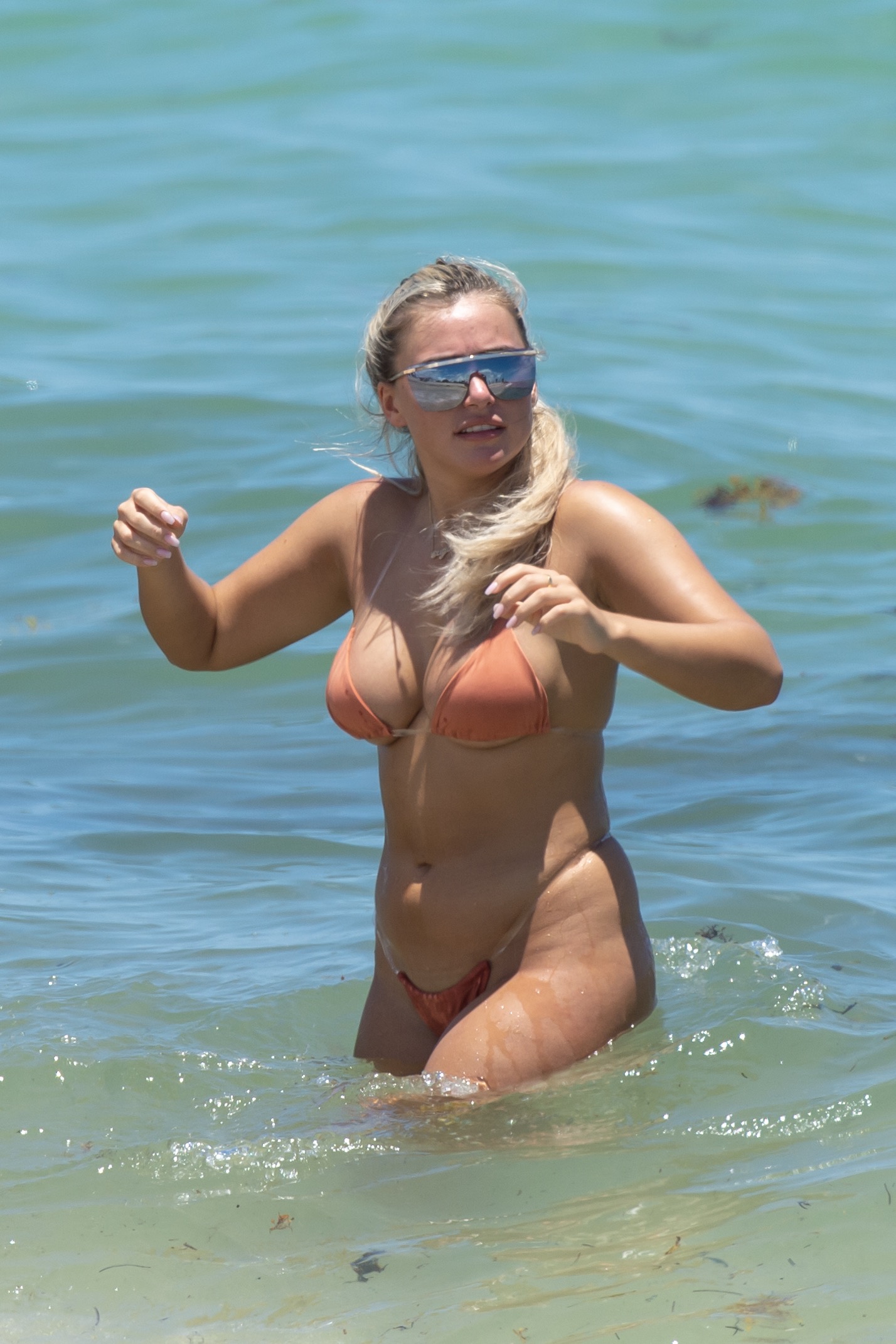 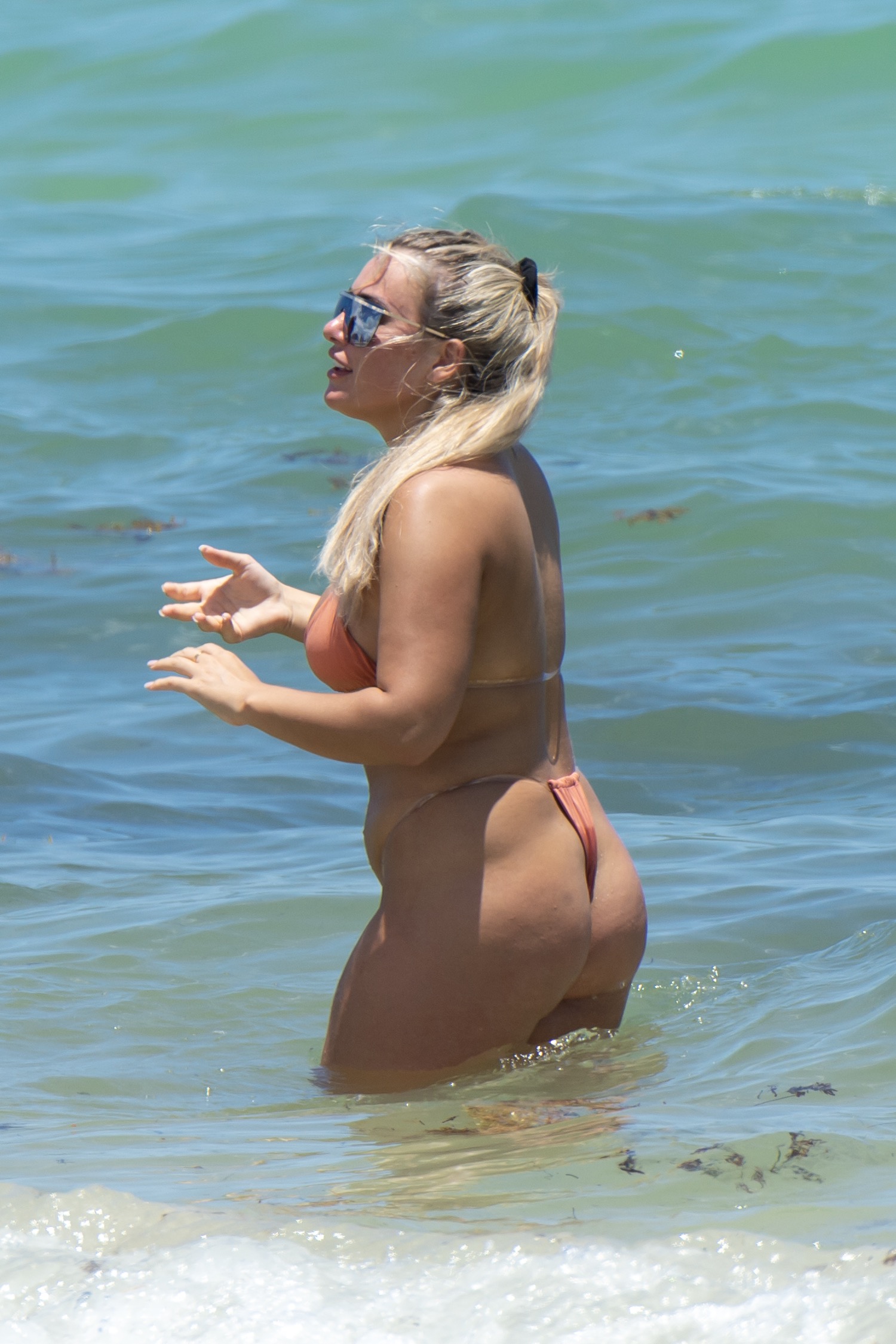 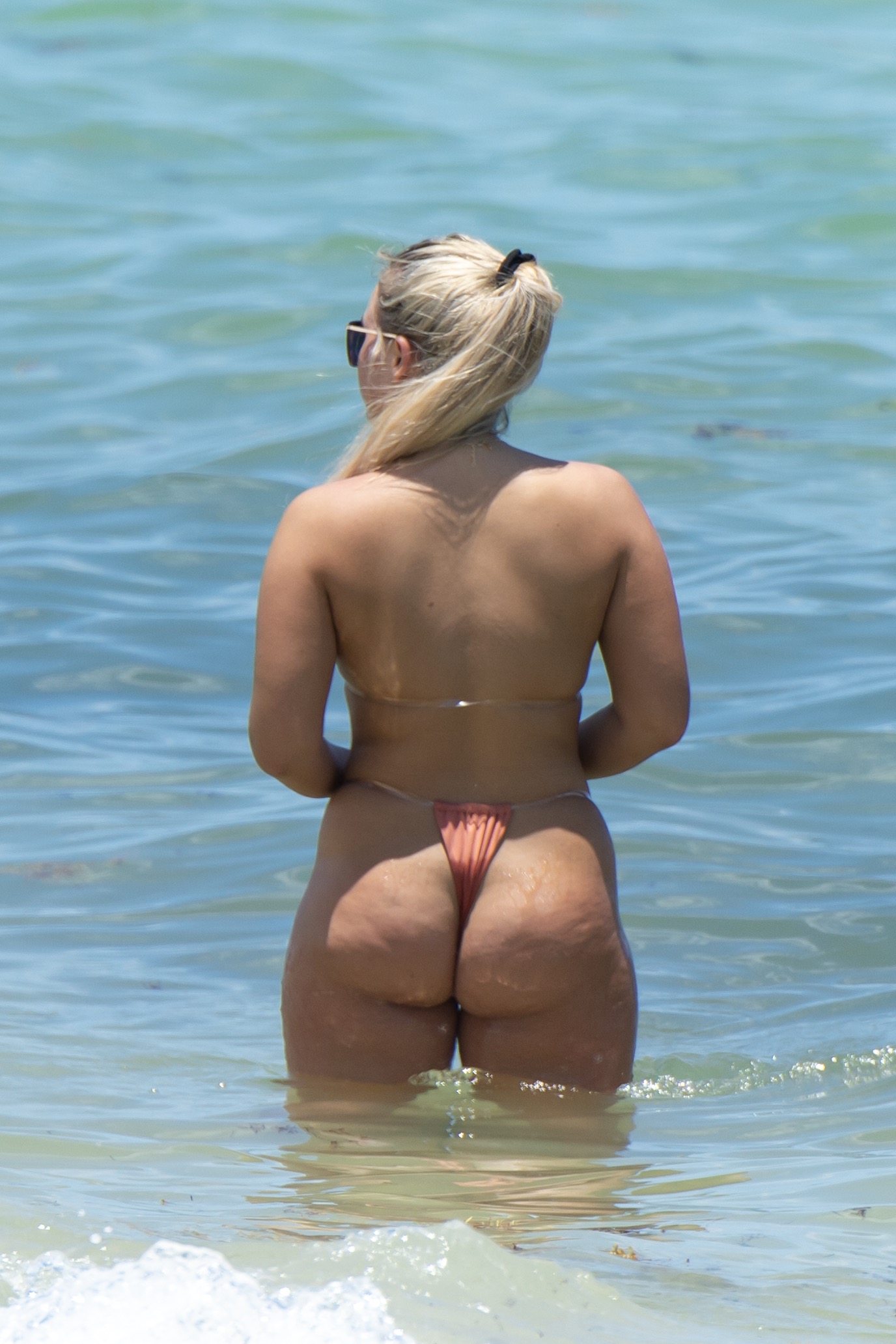 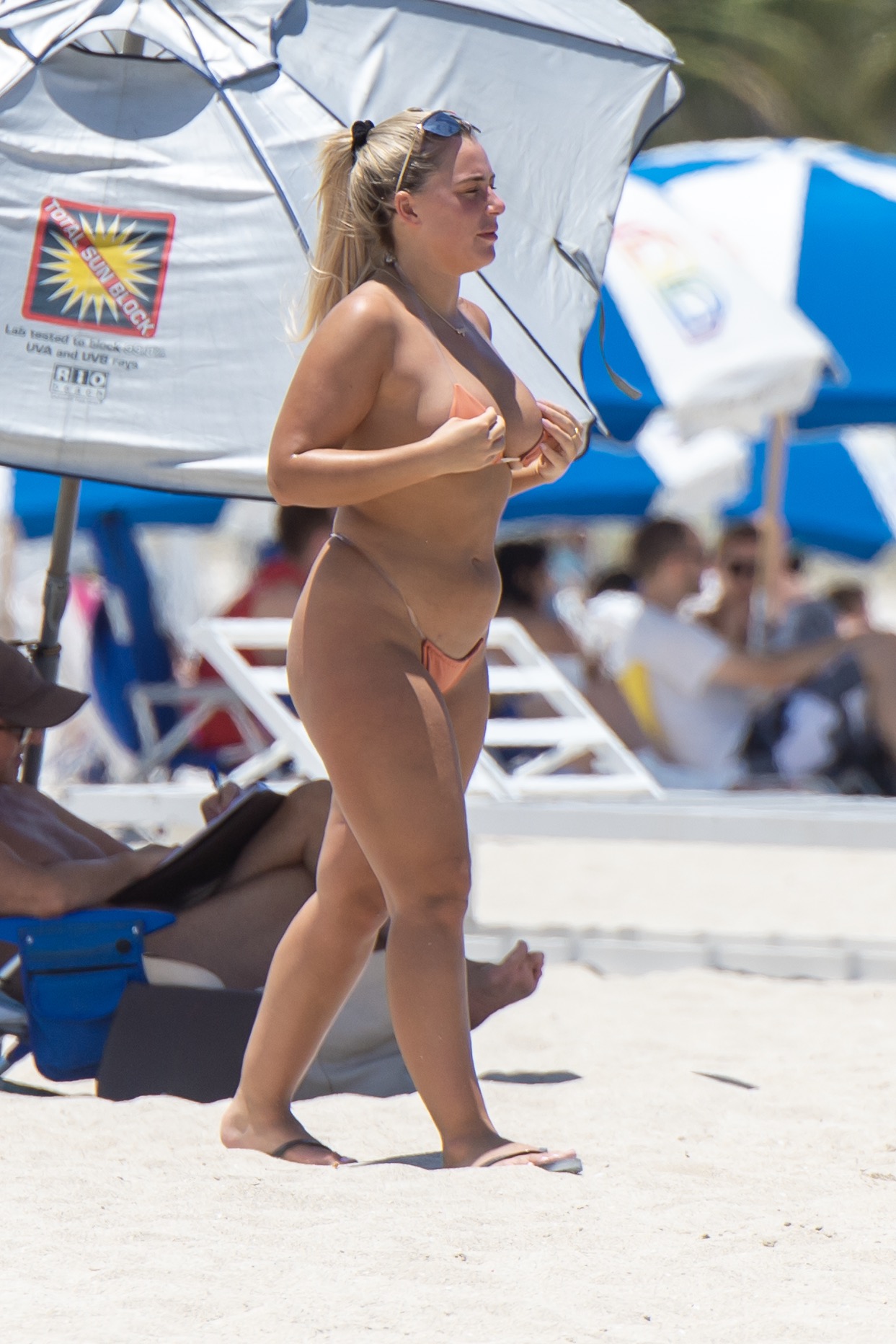 Ellie has been globetrotting a lot in the last few months, making her followers jealous with all her beach and bikini pictures.

In May, she was on a sunshine break in Ibiza, where she also modelled a swimwear range for I Saw It First, the official clothing brand partnered with the hit ITV2 reality show.

In April, Ellie holidayed at a wellness retreat in Ubud, Bali, alongside her Love Island besties Samira and Zara Mcdermott. 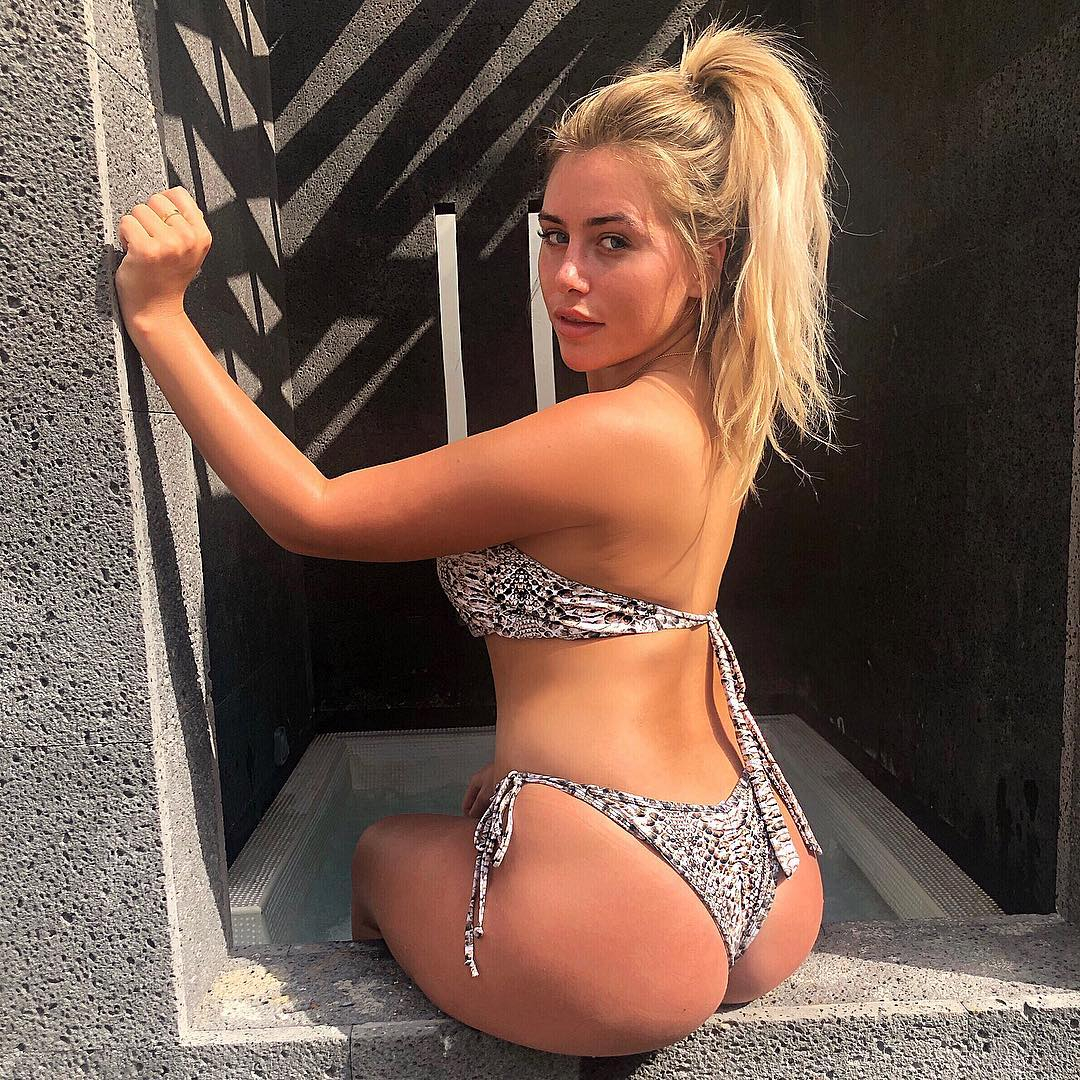 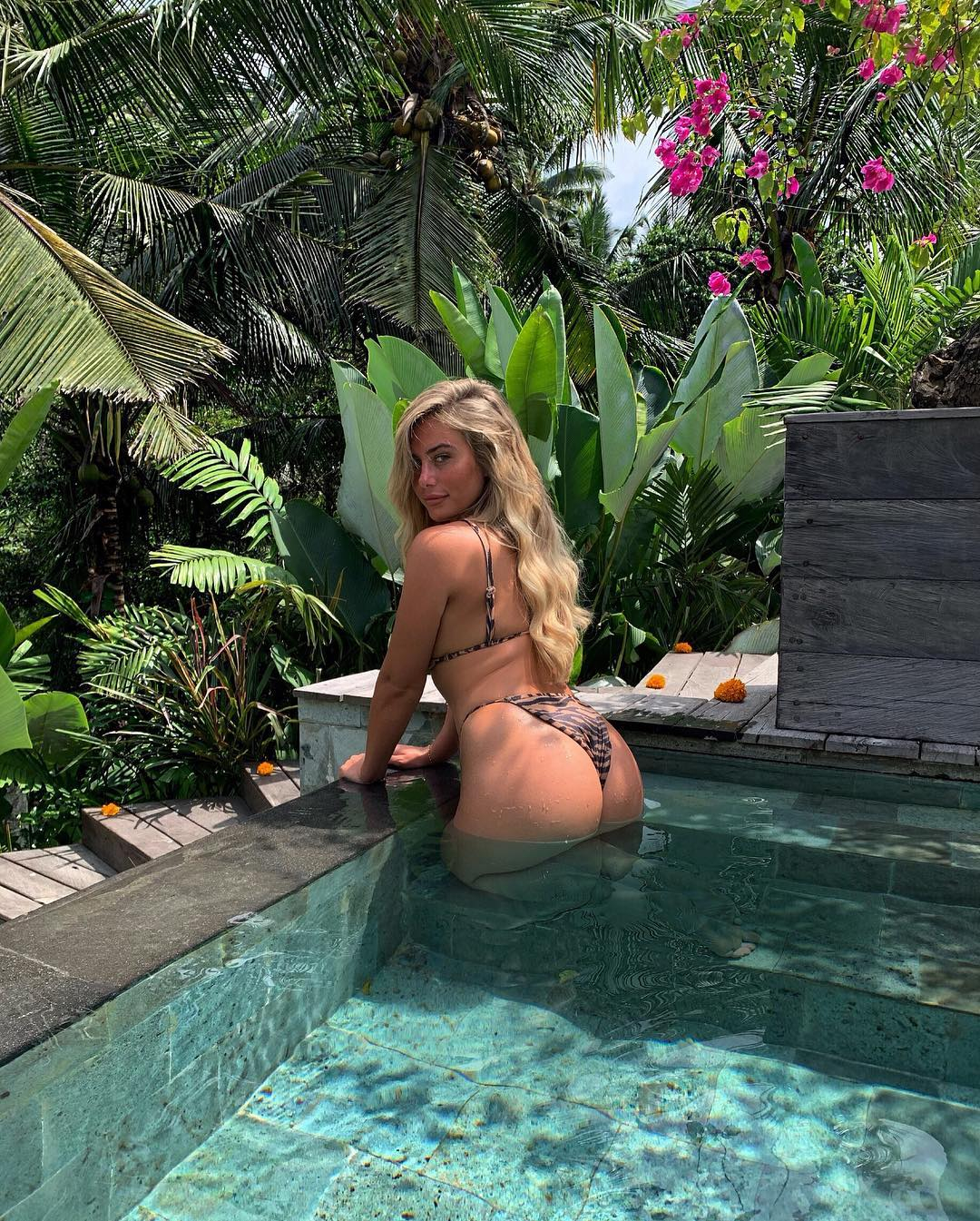 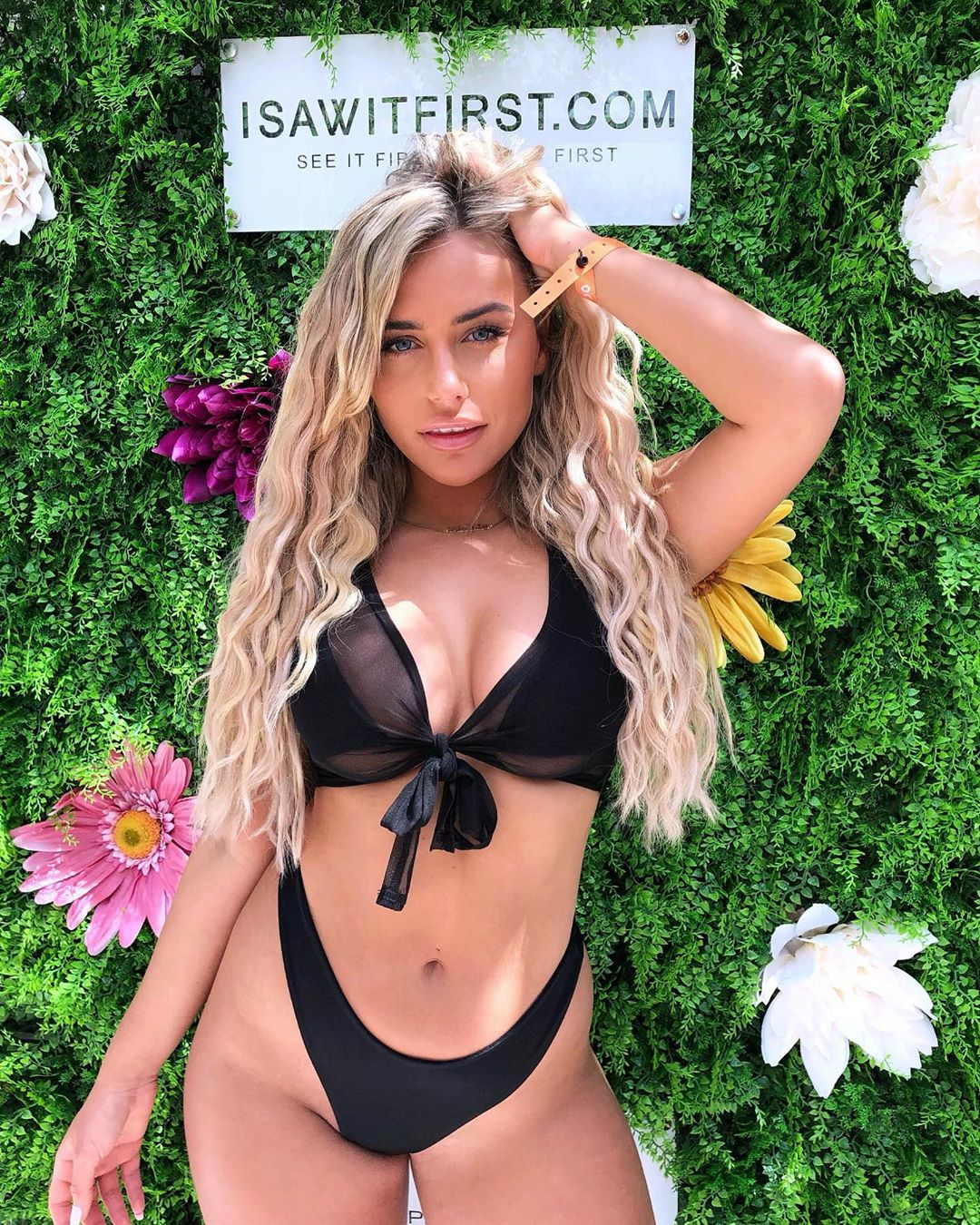 In March, she was having the time of her life with friends in Dubai.

As The Sun revealed, Ellie went from a 32B to a 32C after worrying that her smaller cup size weren't in proportion with her body. 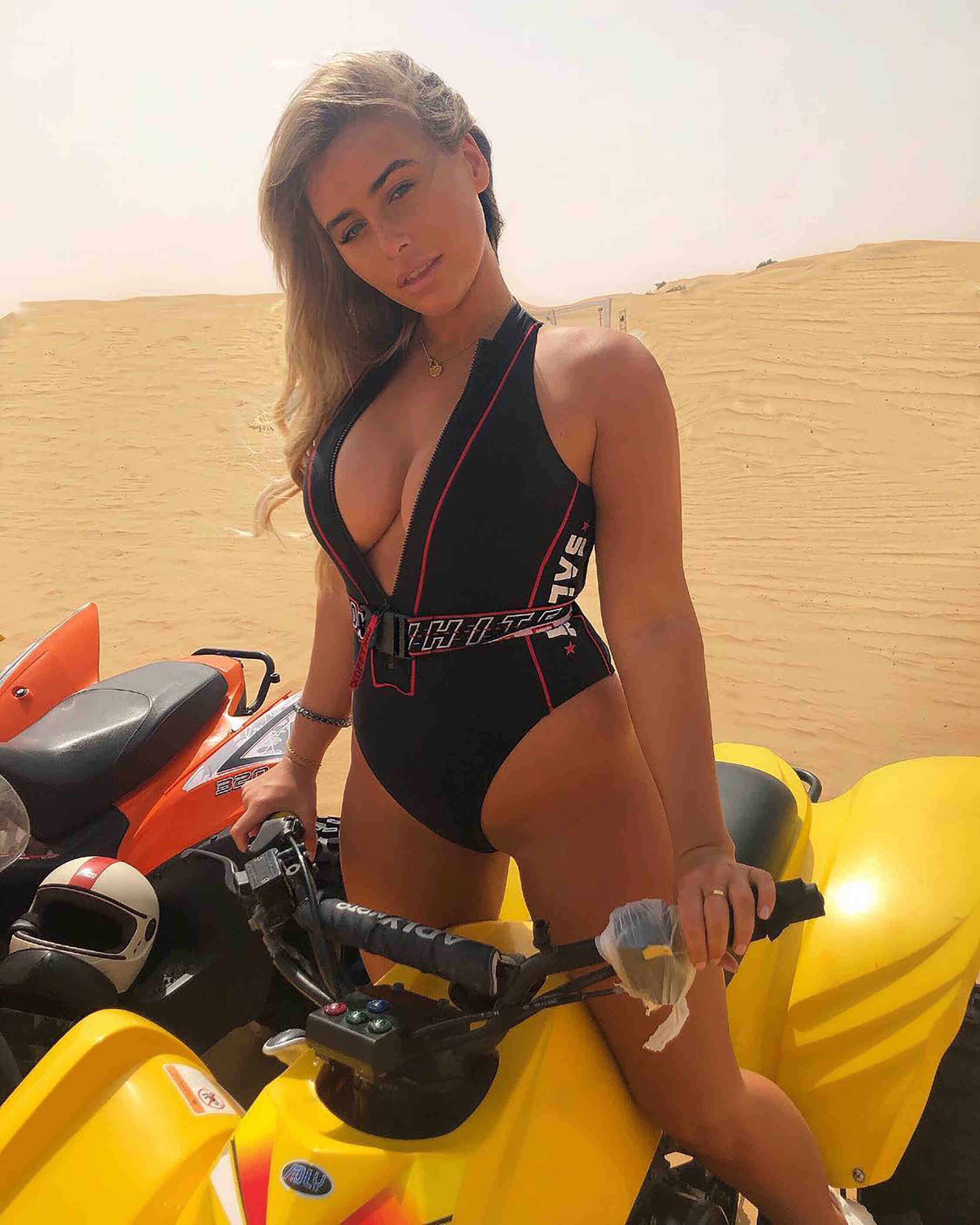 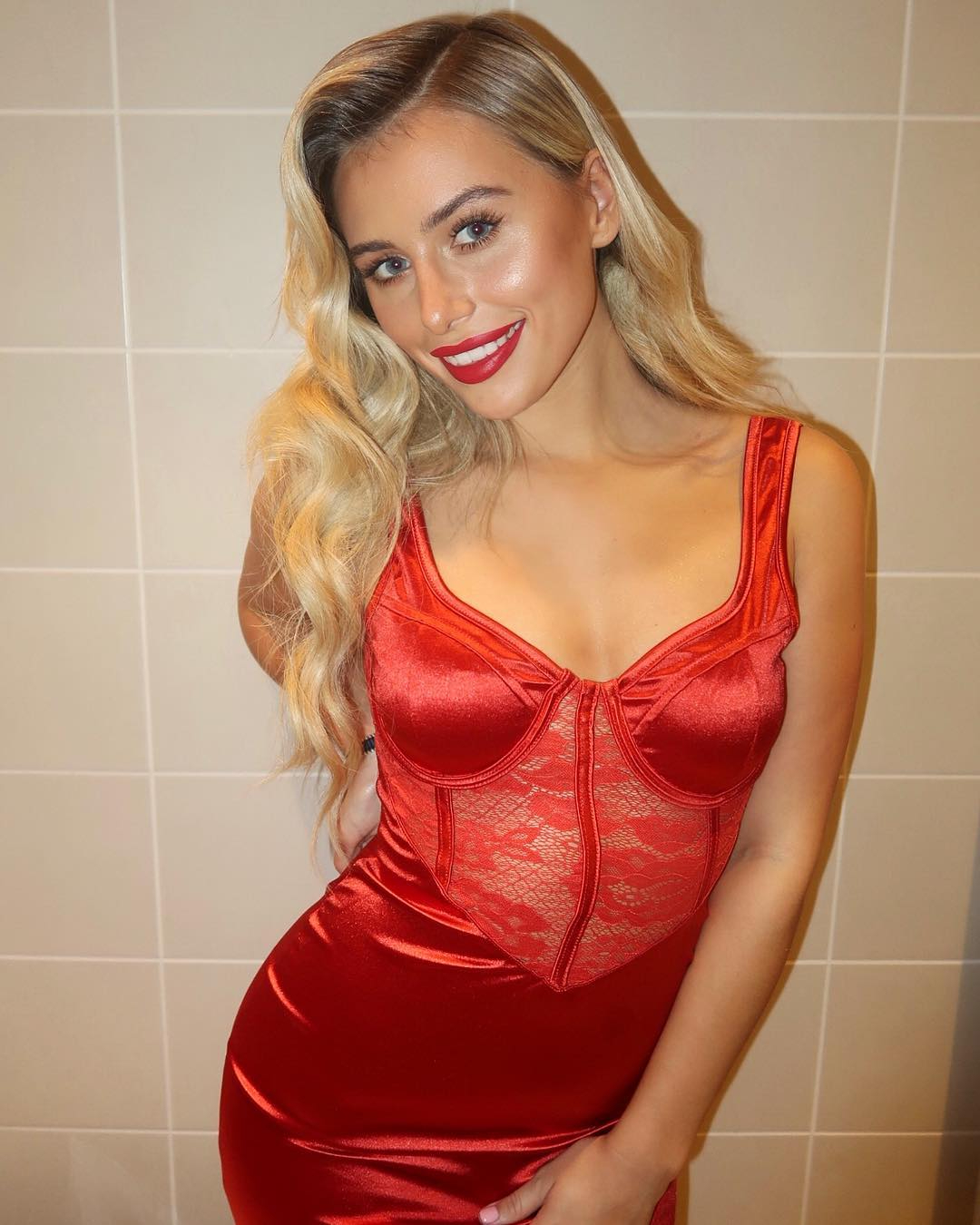 A source explained: “Ellie absolutely loves her new boobs – she’s a curvy woman and has always felt having bigger breasts would suit her more.

"She feels they make her body look in proportion and has loved showing them off in low-cut dresses on nights out."

They added: "She did this for herself and it has 100 per cent improved her confidence – she feels sexier and more womanly.”

Ellie was a big hit on Love Island last year, when she was paired with 24-year-old millionaire Charlie Brake.

The pair split in September, with Ellie being linked to Towie's Joey Essex while Charlie has dated Ferne McCann and Amber Turner.
Got a story? email digishowbiz@the-sun.co.uk or call us direct on 02077824220.