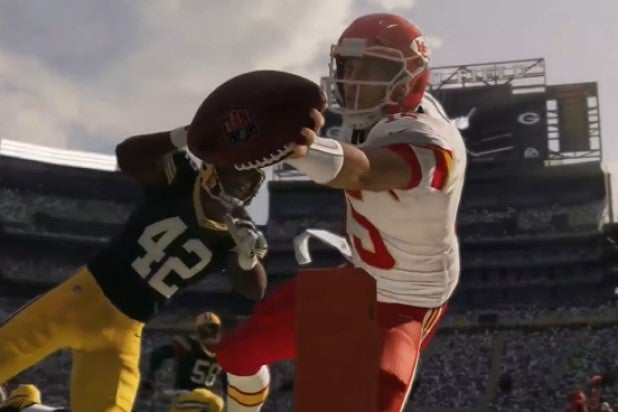 Electronic Arts’ best-selling sports games “Madden NFL 21” and “FIFA 21” will be available on the latest generation of game consoles Dec. 4, the company announced.

Both the “Madden” and “FIFA” franchises are long-running best sellers. Developer Electronic Arts said during earnings reports in August 2018 the “Madden” series surpassed 130 million copies sold. The first “Madden” game debuted in 1988. In September 2018, it was reported that FIFA sold over 260 million copies of the game series since its inception in 1993.

The next-generation consoles — Microsoft’s Xbox Series X and Sony’s PlayStation 5 — will begin shipping soon. The PS5 will be available to buyers Nov. 12 (Nov. 19 if you’re a U.K. player), and Xbox’s Series X and the smaller, cheaper Series S console will be released Nov. 10.

Players who already bought “Madden NFL 21” or “FIFA 21” for the current-generation consoles (the Xbox One and PS4) will get the next-generation, upgraded version of the games for free in December if they buy a new console, EA said. If players opt to upgrade, their progress and content in each game’s career mode will carry over to the new consoles.

EA Sports group general manager Cam Weber said in a statement that EA looks to make each of its sports simulation games more realistic than the last and continued those efforts with the 2021 editions.

“With each console generation, EA Sports erases more of the line between virtual and real in our games,” Weber said. “Through the awesome power of Xbox Series X (and) S and PlayStation 5 we’ve been able to create industry-leading game play and content advances, bringing our players ever closer to the sports they love.”

EA recently renewed its license on the “Madden” series, ensuring the franchise will be around for at least another six years.