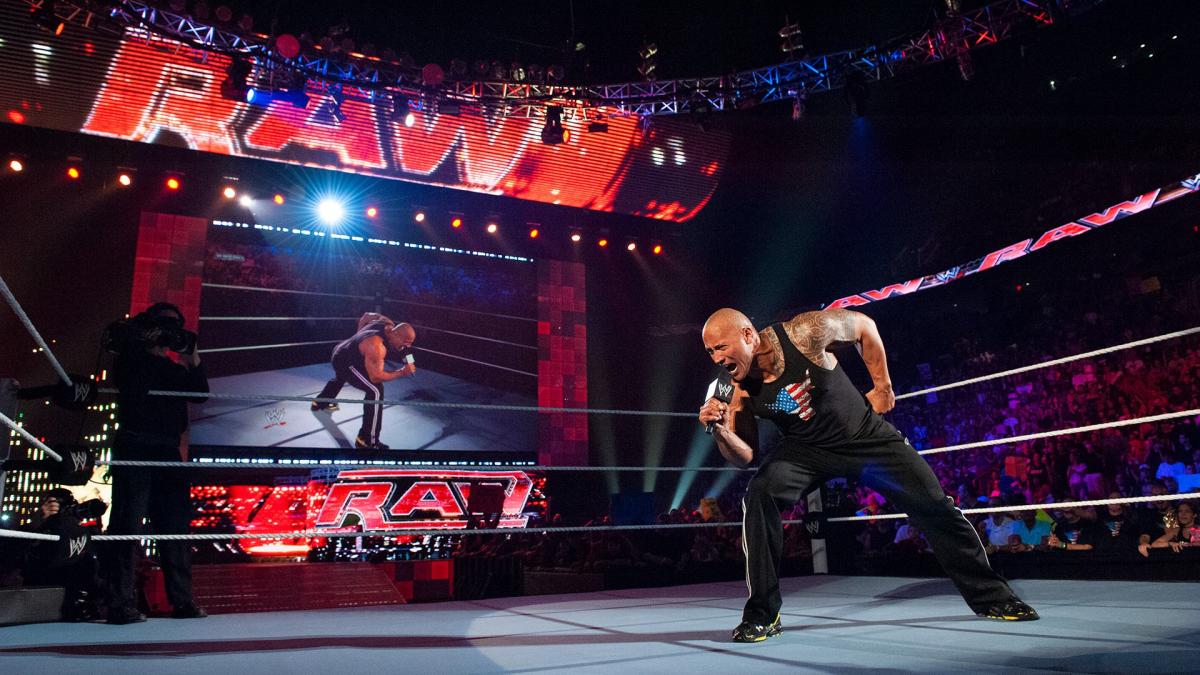 As we reported last week, the WWE has moved their WWE Hall of Fame induction ceremony from Friday night to Saturday night on WrestleMania weekend.

The main mode of thinking was that the WWE said they were doing it for their fans and the change meant that NXT TakeOver Brooklyn was no longer competing with the Ring of Honor/New Japan G1 Supercard on Saturday night.

Now, it turns out there might have been an even bigger reason.

When it comes to setting up the WWE Hall of Fame each year, the company needs to make sure the talent they want to induct can clear their schedule.

For some wrestlers, that is easy. What do The Godfather or Hillbilly Jim have to do on WrestleMania weekend that is bigger than coming to accept the award and get a payday at the same time?

However, when looking at a superstar like Dwayne “The Rock” Johnson, making time to come and make an appearance for the WWE is tougher.

And that is what might be happening here, as Rajah reported that the WWE wants The Rock to headline the 2019 WWE Hall of Fame induction class.

There have also been strong rumors that The Rock will be part of WrestleMania 35. By moving the WWE Hall of Fame ceremony to Saturday night, The Rock only needs to clear out two days for the commitment rather than an entire weekend if he had to show up on Friday night and stay through Sunday night.

Other 2019 WWE Hall of Fame possibilities

While Dwayne “The Rock” Johnson is currently the rumored headliner for the 2019 WWE Hall of Fame, there is also the idea that The Undertaker will go in sooner rather than later.

However, if he wrestles again at WrestleMania 35, the WWE will likely hold off until he officially retires to protect his character.

There is also the chance that Big Van Vader will finally get into the Hall of Fame posthumously after his the death earlier this year. There were also WWE rumors that Rey Mysterio would be an inductee but his new contract means that induction is still likely to be a few years away.