MICHELLE Keegan slipped into a patterned dress for a sexy selfie after revealing she'd quit Our Girl.

The former Corrie actress looked sensational in the frock that featured red hearts and an eye popping neckline. 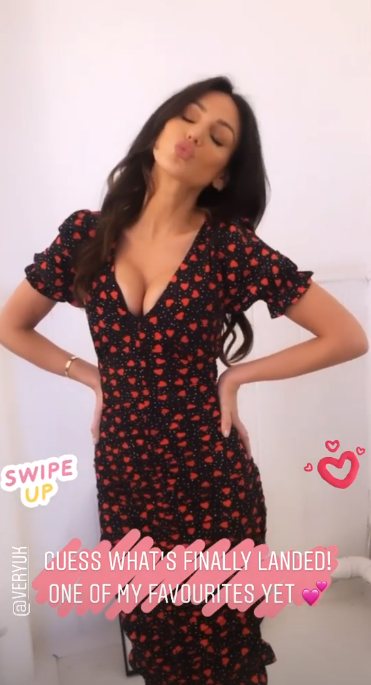 Mark Wright's wife, 32, wowed in the attire as she promoted her new line of clothes for Very UK on Instagram – and even did a little excited dance.

The TV star wore her long hair in waves and glamorous make-up, with smoking eyes and pink lippy, and the look was a far cry from her soldier garb on set of Our Girl.

The Sun exclusively revealed how Michelle had quit her iconic role as Our Girl British Army Medic Georgie Lane, with the next series being her last.

The Stockport-born actress has left the show in a bid to pursue new acting jobs. 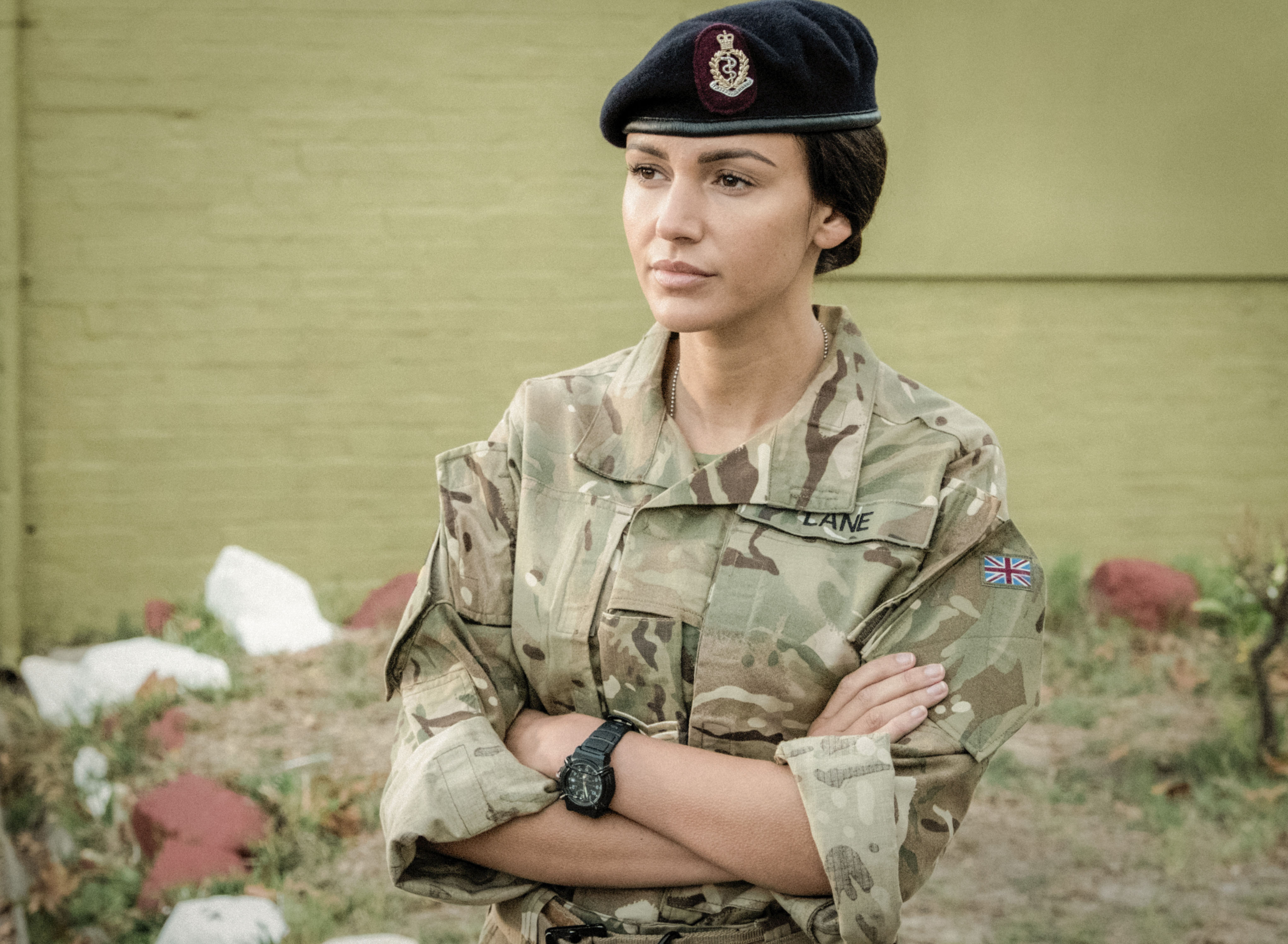 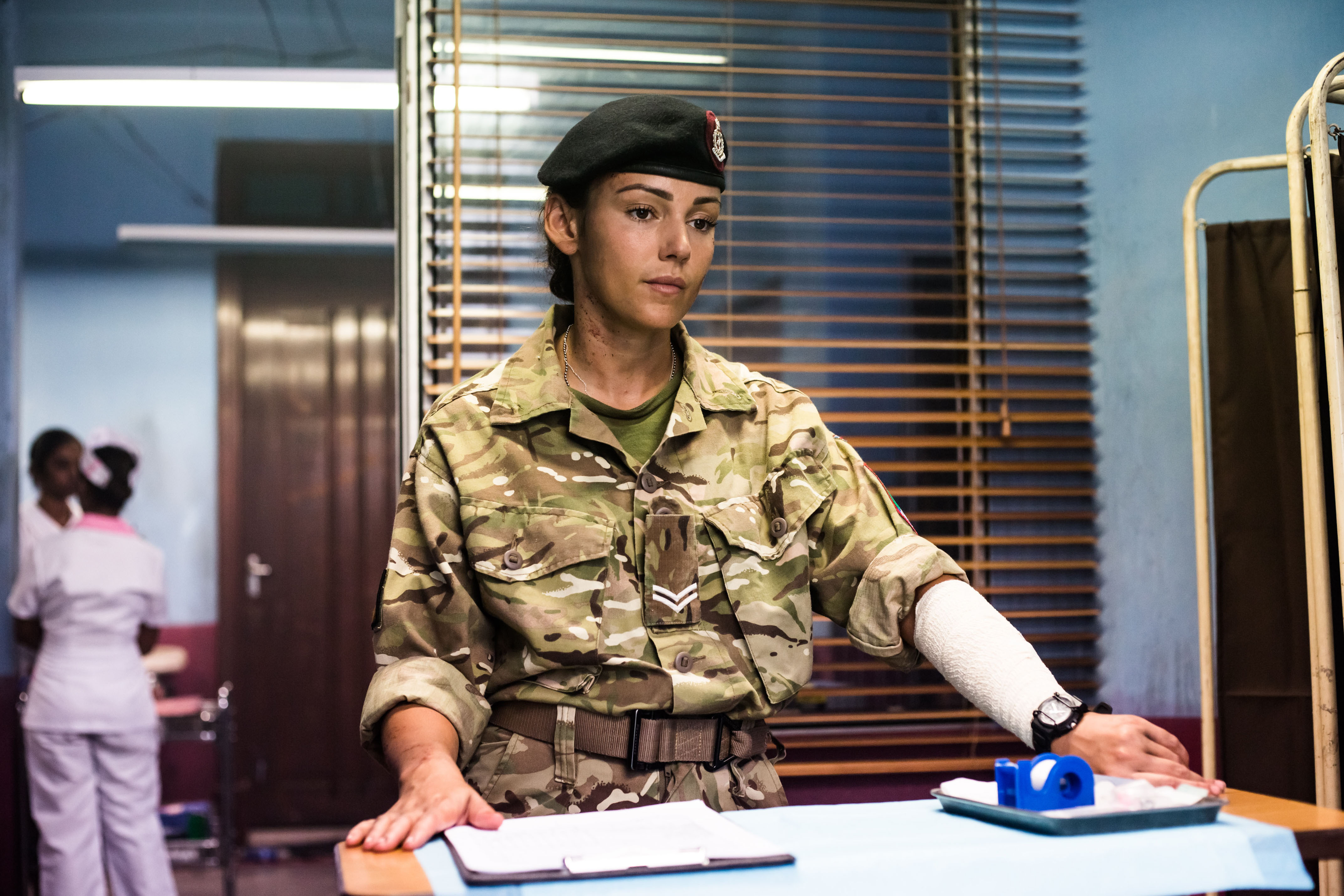 What's more, she plans to spend more time at home in the UK after her husband Mark, also 32, moved back from Los Angeles last year, where he was working on US TV.

She had previously spent several months each year filming in far-flung locations including South Africa, Nepal and Malaysia.

Michelle told the Sun: “I’ve had the most incredible four years on the show and I want to thank the BBC for giving me such an amazing opportunity. 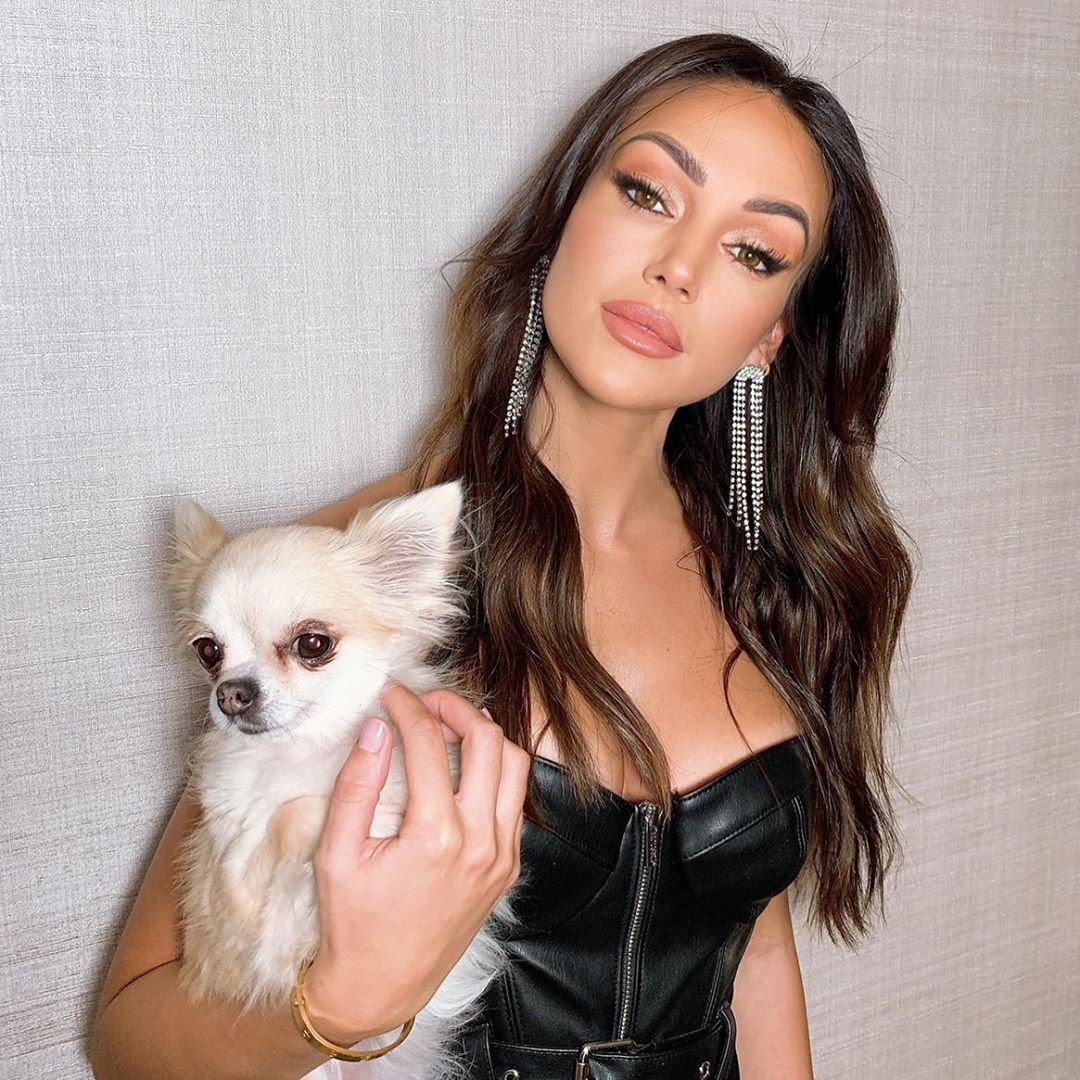 “Playing Georgie has been a life changing role for me. I’ve loved every second of the adventure so it was a very hard decision to make not to return. I feel it is the right time to explore other exciting opportunities but I’m so happy to be part of the new series coming soon so it’s not the end just yet.”

The TV star is no stranger to sizzling selfies and recently shared a post-Christmas snap showing her in a chunky black knit, hat and drop earrings.

She has a host of clothes ranges with retailer Very, and her latest drop saw her fashion roots revealed. 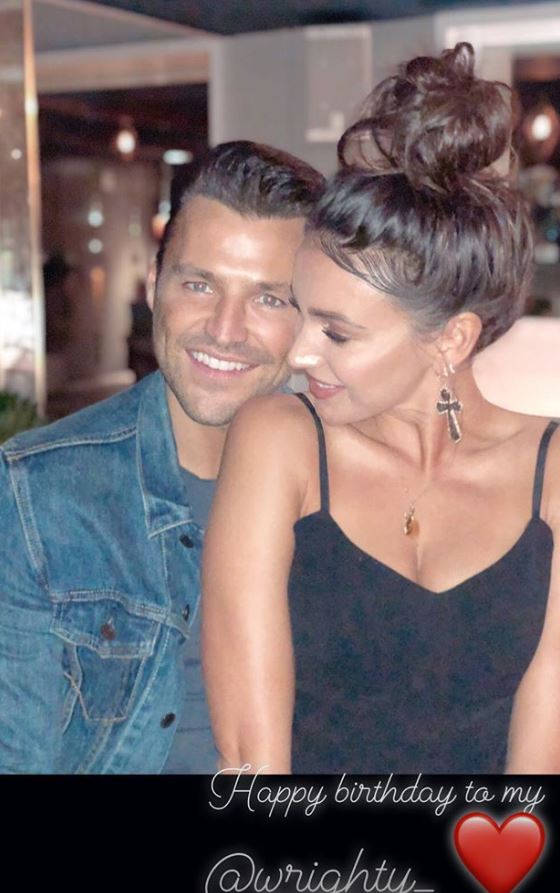