“The fanbase of this show should like this episode. I know when [showrunner] Steve Binder wrote it, it was something he had in mind to, in some ways, reward the audience a little bit — people who have been tracking this show for as long as they had and highlighting those two characters,” star and executive producer Mark Harmon exclusively told ET’s Kevin Frazier. “So much of what I do here is based on getting a script and reading it and then trying to attack it as it is as a script. The fact that we had a lot of months to think about the 400th episode with how it ended last year for us here, four shows short, think everybody was pleased to come back and try to lock into what this show was and is, and what we are trying to do.”

Harmon, 69, spoke with pride discussing his son returning again to play young Gibbs. Though father and son don’t share a scene together in the 400th, Harmon said “there’s pride involved in” having his son involved in a small part of the show’s history. (Sean has appeared in half a dozen episodes as young Gibbs since season 6.)

“I always think back to the first time they talked about doing a young Gibbs thing here, and Sean was just out of school at that point. A director named Tony Wharmby said, ‘Can he come in and read?’ And on his own he did and I’m proud of him taking his work seriously and how he approaches being an actor — not just on this show, [but] just what he has chosen to try to do in his life’s work,” Harmon said, before marveling over both of his sons. “I’m proud of both our boys, and they work hard at what they do and I’m proud that they get up in the morning and try to do that every day.” 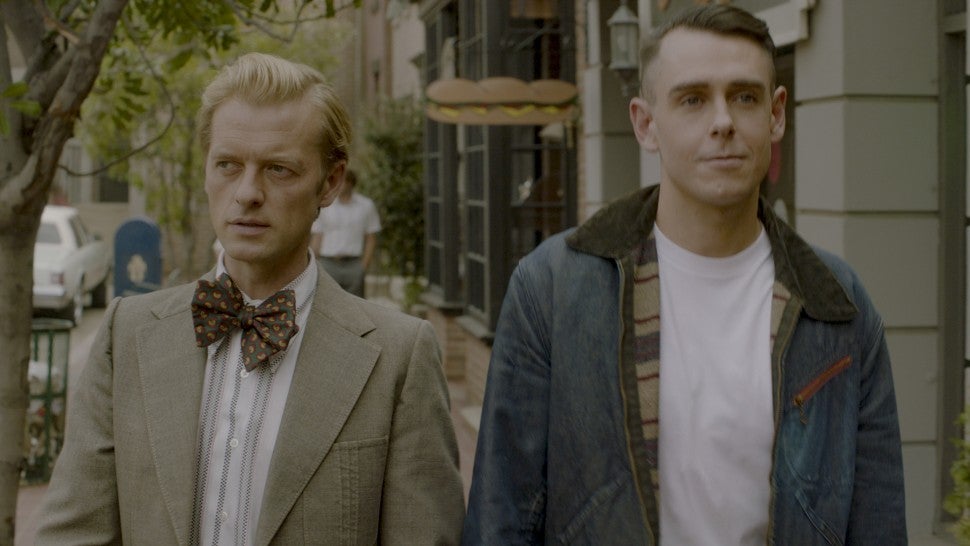 Harmon, who’s been married to Pam Dawber for 33 years, also acknowledged his wife’s reaction to Sean stepping in front of the camera. “More than anything, she’s a mom, and there’s a pride there involved in that. Separate from anything as an actor, you hopefully take pride in who people are individually away from any camera just as people, as citizens. And both our boys have done well and hopefully made smart choices and are doing well daily, you know?” he praised. “Day by day, we have a lot of reasons to be proud of both of them, and this is part of that.”

“There was a T-shirt given out, a 400-episode T-shirt… but on the back of that T-shirt, it has all 400 episodes,” Harmon shared. “When you see that laid out on a T-shirt, it’s a bit daunting. I think that’s when it first hit me what this means. It’s not only 400, it’s also the position the show is in worldwide, which is fairly remarkable and something that people here are real proud of, and they’ve worked hard for it. So that part I totally appreciate.”

Harmon credited the writers for keeping Gibbs’ journey interesting over the past 18 years.

“I’ve always trusted the writers here… They’ve constantly been challenging here, the character continues to evolve, he’s getting older, and some of this I’m dealing with as an actor as well as playing the character,” Harmon said. “It’s been a ride here that personally I’m proud of as part of this crew. It’s not easy and I don’t know that there will be a show like this again that has this kind of impact over a period of time like this has had. But as long as it’s here, we still try to keep it about the work here every day. As long as this group is still grabbing onto that every morning when we get in, and certainly this time has made us focus more on that than maybe ever in the past, we’re appreciative to have that opportunity and we know what it took to get there. We know what it’s going to take to stay, so the effort here has been remarkable.”

As for the future of NCIS, Harmon was hopeful that it would continue beyond the current season.

“I know two shows ahead of where we are right now and that’s it. I know there’s been talk about different things but as far as where we’re going from here, I don’t know,” he said, revealing season 18 will have only 16 episodes. “That was a shock to some people. We normally do 24 a year. My concerns get to be about a crew that is expecting to do more shows than they’re going to do and that’s a loss, so that loss is about taking the responsibility of that in some ways and… hopefully there will be a season beyond this that there’s something to look forward to in the future where we’re not going to be wearing the masks and maybe we’re not going to be doing shortened seasons again. We’ll get back to a full order.”

NCIS airs Tuesdays at 8 p.m. ET/PT on CBS. For more on the long-running procedural, watch the video below.