It looked like business as usual at the 38th annual Oscar nominees lunch. A smiling set of Oscar show producers begged Oscar-winners to keep their speeches short. (Steven Soderbergh’s acceptance speech for “Traffic” was new Oscar show producer Donna Gigliotti’s choice for the ideal combination of heart and list-free brevity.) But this year, the producers mean business. The goal for Gigliotti and her co-producer Glenn Weiss is to keep the show to a mere three hours — a full 45 minutes shorter than last year’s low-ratings exercise. “It means you can hit the parties by 8:15,” said Weiss. 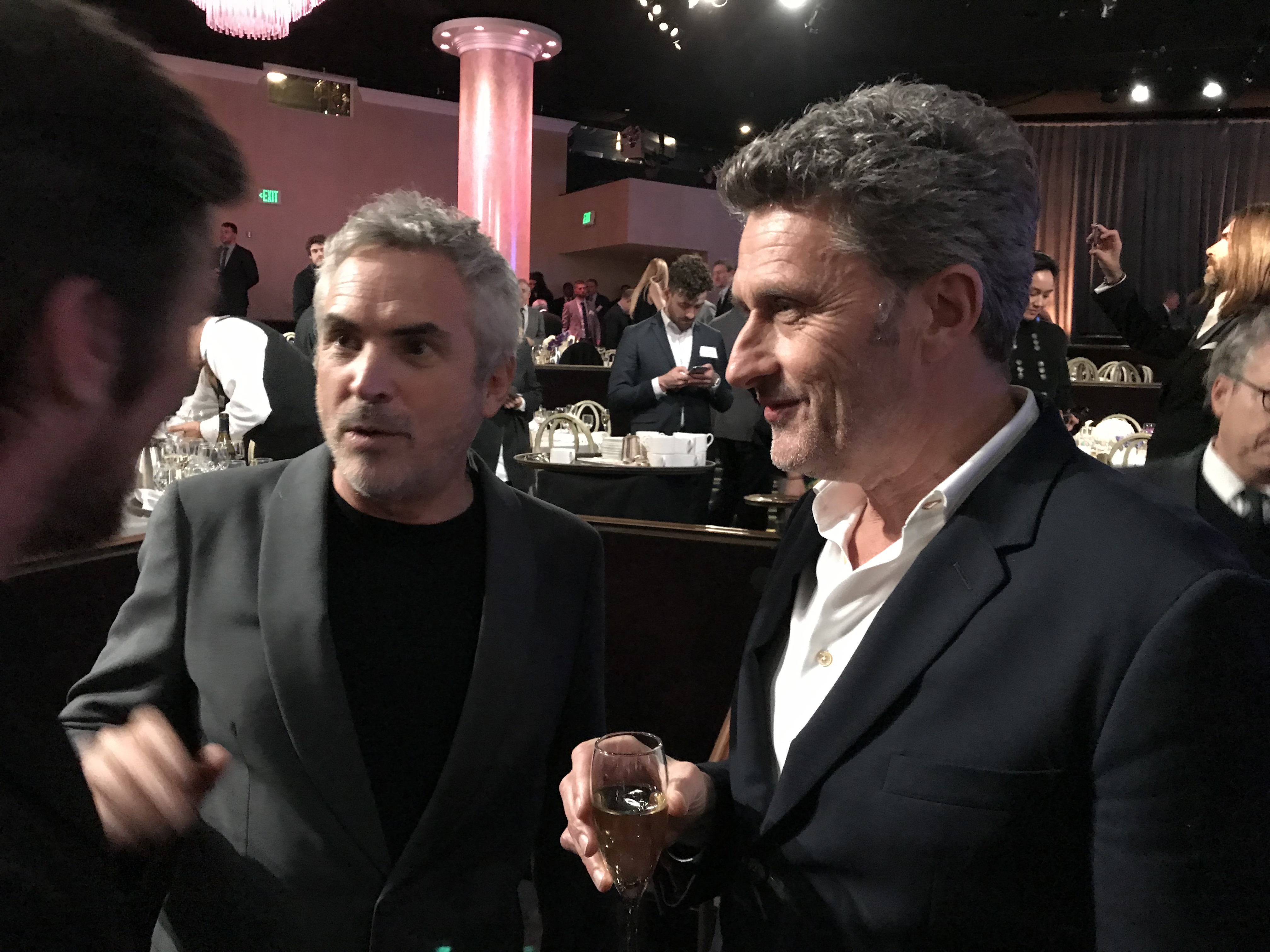 They asked winners to sprint to the podium to cut down the lag time, and will give them 90 seconds total to get there and make their speech. (“They should wear running shoes,” quipped one of my table mates.) That’s why the producers want to be able to record some of the craft categories to be given out during commercial breaks and then edit shortened clips into the show. (The producers need to know how long the show is going to be before they decide how many they need to do.)

This is an experiment. Let’s see how it works.

For the annual class photo, the Academy invited 212 nominees from 52 movies to join the lunch. No-shows included Adam Driver (shooting “Star Wars: Episode IX”), Emma Stone (“Zombieland: Double Tap”), Olivia Colman (“The Crown”) and Kendrick Lamar. Many wondered: Will he sing his collaboration with SZA collaboration for “Black Panther,” “All the Stars”? 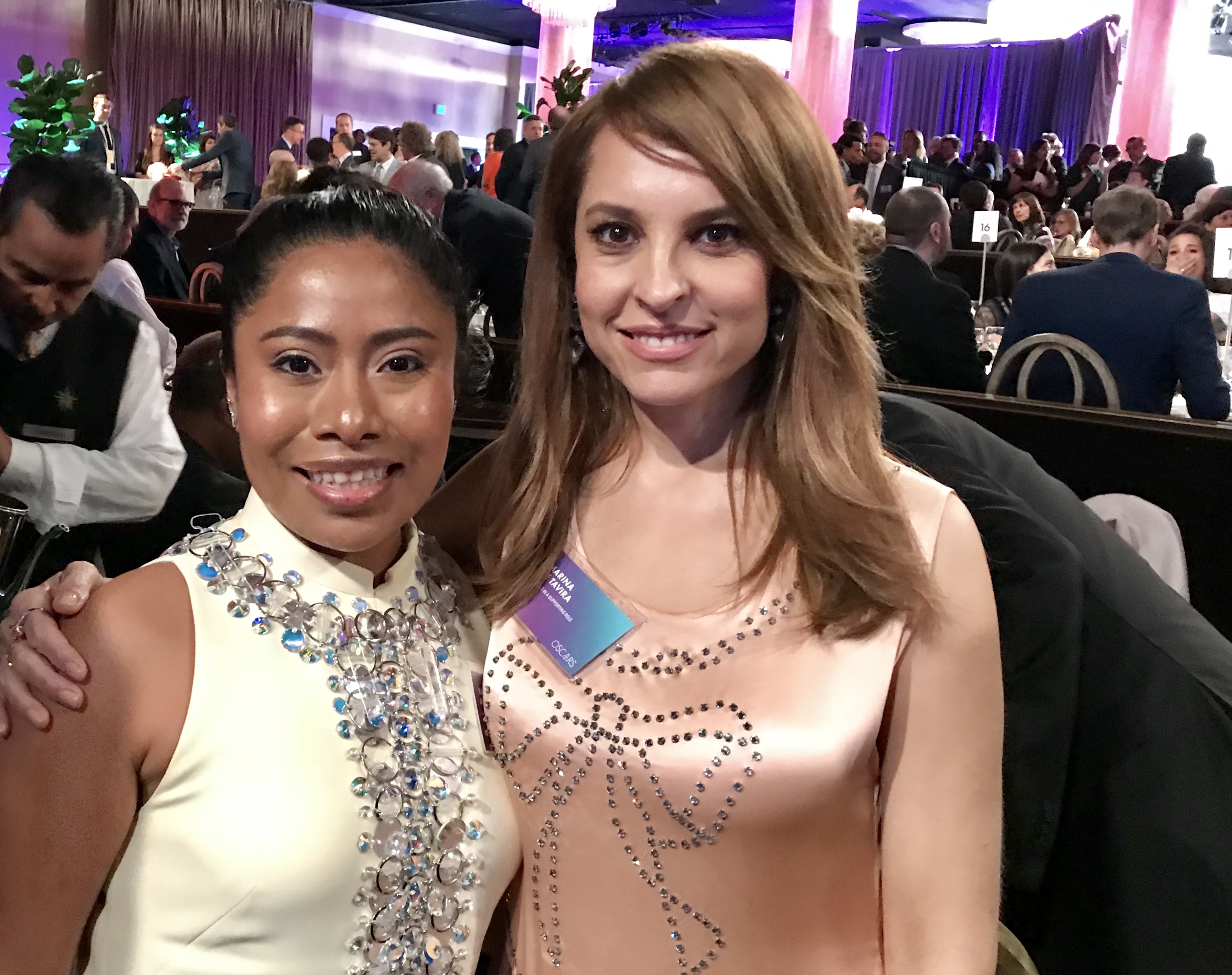 AMPAS President John Bailey reminded the room that the number of Academy members has ballooned in the past few years to “8,971 around the world,” he stressed. Eighty-seven countries submitted foreign language films, and for the first time, all California and international members were able to vote for the foreign shortlist. And this year’s Oscar nominees were truly international, from directing nominees Alfonso Cuaron (“Roma”), Yorgos Lanthimos (“The Favourite”) and Pawel Pawlikowski (“Cold War”) to Pixar Chinese-Canadian story artist Domee Shi (“Bao”). Cuaron could make that podium run five times on Oscar night: for Picture, Director, Cinematography, Original Screenplay and Foreign Language.

Bailey promised to continue to pursue diversity in all the 17 branches of the Academy, and urged the industry to work toward gender parity. He noted that Spike Lee had finally landed his first directing nomination, and Paul Schrader his first writing nod, decades after “Do the Right Thing” and “Taxi Driver,” respectively. 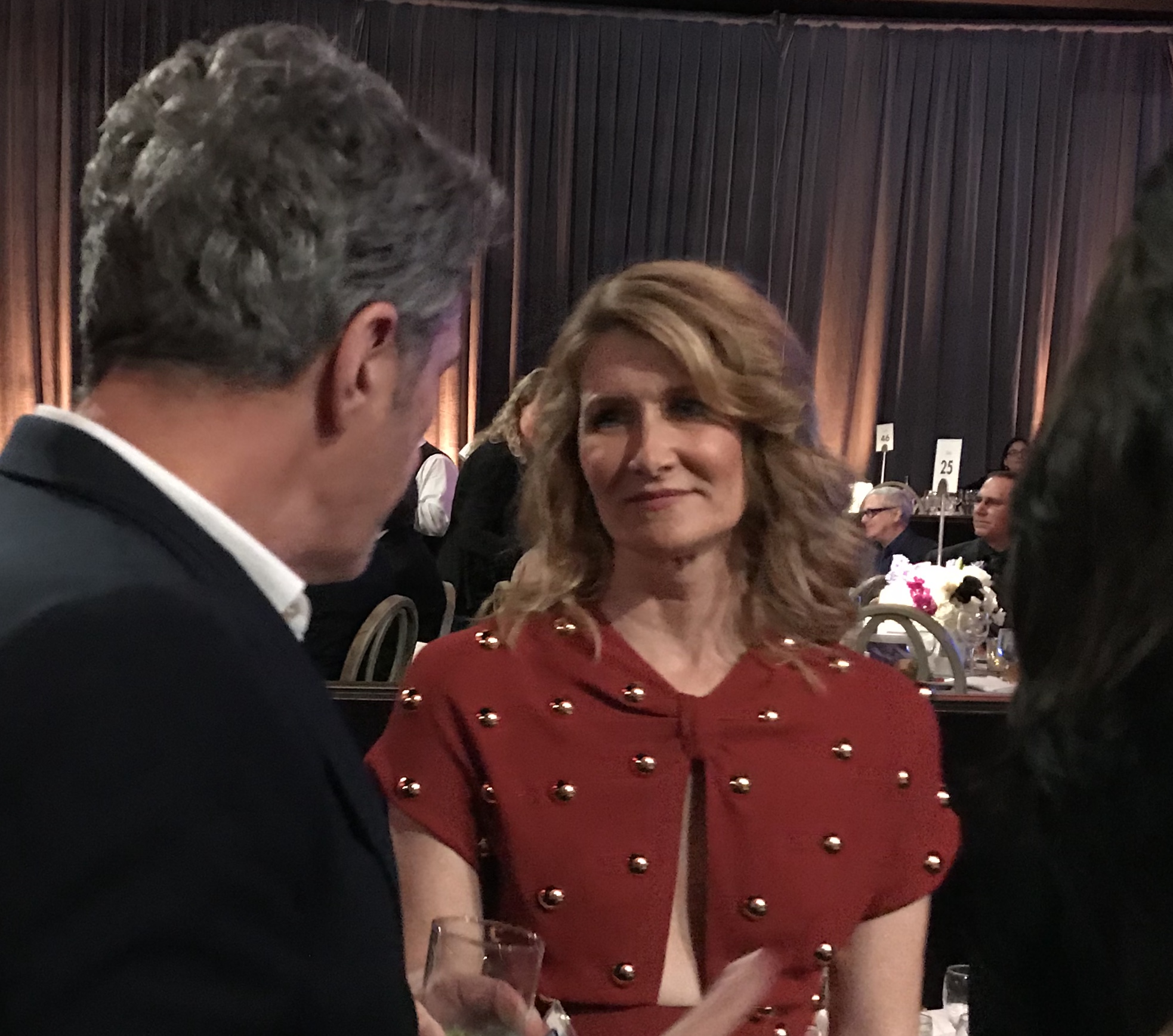 “Today, in its purest sense, is a celebration of being part of a collective community,” said acting branch Academy governor Laura Dern. “This is our opportunity to recognize your profound input.” She then read out the names of the nominees as they climbed up on the risers for the class photo, the women often teetering on high heels.

These stars of modern cinema squeezed together on the riser, some well-known, others unheralded behind the scenes—except on Oscar night. On one row were Lanthimos, Barry Jenkins, Paul Schrader, Nadine Labaki, Christian Bale and Rachel Weisz. Spike Lee reminded Domee Shi to hide her name badge, and warmly welcomed “Black Panther” costume designer Ruth E. Carter, who had worked with him on “Malcolm X.” Pawlikowski was acutely aware that he was so tall that he was blocking the view for the diminutive Aparicio, standing behind him, and kept ducking.

Reading the vibes, I felt the love for “Bohemian Rhapsody” as a movie saved from rogue director Bryan Singer by the producer Graham King and editor John Ottman, as well as Peter Farrelly’s career-turning success, “Green Room.” Both of those narratives make many people feel good, along with “A Star Is Born” and “Shallow,” which brought tears to Gaga’s eyes when it played.

On the other hand, conversations around the room speculated about the oddest, most disparate race in years, with a wide range of popular movies, the lack of obvious winners in many categories, and the sense that the studios, led by mighty Disney — which owns Oscarcaster ABC — and Bob Iger (who worked his smartphone throughout the lunch) are pitted against rising power Netflix. For the first time, the streaming platform notched just as many Oscar nominations, 15, as Disney. Many in the room are threatened by new streaming models that don’t depend on brick-and-mortar theaters and box office returns. (“Roma” is touting its 11th week in theatrical release in its ads as it plays in 105 theaters around the country, but does not report totals.)

But the rank and file of the Academy, like the wide range of artists, from actors to VFX supervisors, who were posing for the photo? They are happy to work for whoever wants to hire them, wherever that movie is going to play.