Our Girl returned on BBC One with a brand new series and Georgie Lane (played by Michelle Keegan) was back, but this time as a sergeant medic instructor following a promotion. While many fans were pleased to see her make the tough decision to return to Afghanistan following the tragedy of losing Elvis Harte (Luke Pasqualino) last series, there were a lot who questioned the whereabouts of Captain James (Ben Aldridge).

Elvis was a much-loved character of the BBC military drama Our Girl, but in series three, those watching at home saw him have a tough time trying to regain the trust of ex-fiancee Georgie, who held jilted at the altar a few days before her tour to Keyna.

Having moved on with Dr Jamie Cole, the last instalment saw them brought back together and they got engaged for a second time, but disaster struck.

In an attempt to evade enemy attack and make it back to Kabul, the series three finale saw the platoon ambushed and Elvis being killed when a bomb was detonated remotely.

After desperately trying to revive him, Elvis lay motionless in Georgie’s arms and she was forced to say goodbye. 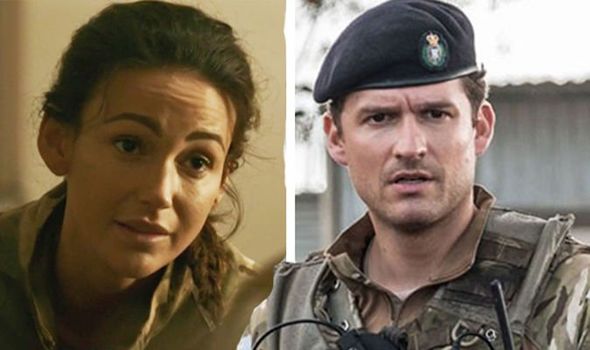 Understandably, she made the decision to take some time out of the field and become a medic instructor back in a UK base.

Which brings viewers to series four where she was seen on an exercise with new recruits.

After passing all the relevant tests, they were preparing to head out to Afghanistan, but Georgie had made it clear she wasn’t leaving with them.

Following a heart to heart with Mimi Saunders (Amy-Leigh Hickman), Georgie realised she needed to return and face her demons, but fans were not happy when Captain James failed to make an appearance. 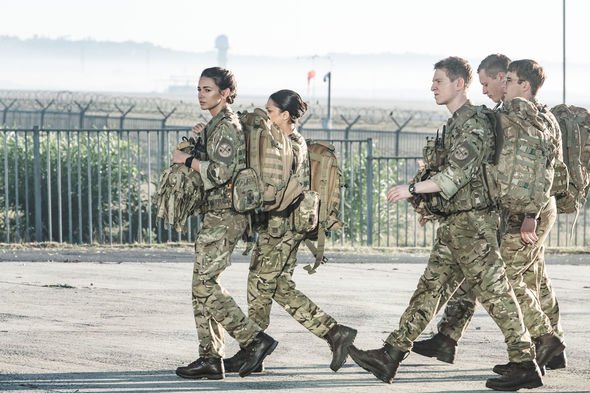 Taking to Twitter to comment, one said: “1. Where is captain james? 2. Still don’t think Elvis is dead!!!#ourgirl.”

A third questioned: “What happened between Georgie and Captain James?”

“I love 2 Section but I miss Captain James #OurGirl,” a fan added. 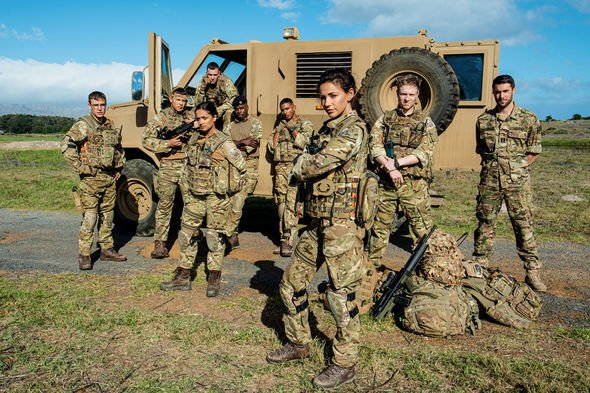 Someone else wrote online: “What happened between Georgie and Cpt James, no story line #OurGirl.”

“Miss you captain James xx #OurGirl,” a tweet read while another said: “I can’t bear #OurGirl without Captain James.”

“What happened to Captain James, Rab, Maisie or Brains. Just doesn’t feel like #OurGirl,” one fan commented while someone else remarked: “Absolute shambles they’ve made with the new casting #OurGirl.”

The scene saw the group jumping off a cliff-edge leaving all of their lives hanging in the balance.

Captain James’ exit marks an anticlimactic conclusion to the will-they won’t-they romance for Georgie who – after lots of back-and-forth – finally got together.

But the BBC confirmed the actor who plays Captain James was not returning for this series. Perhaps he will if there is another?

Our Girl returns next Tuesday at 9pm on BBC One.