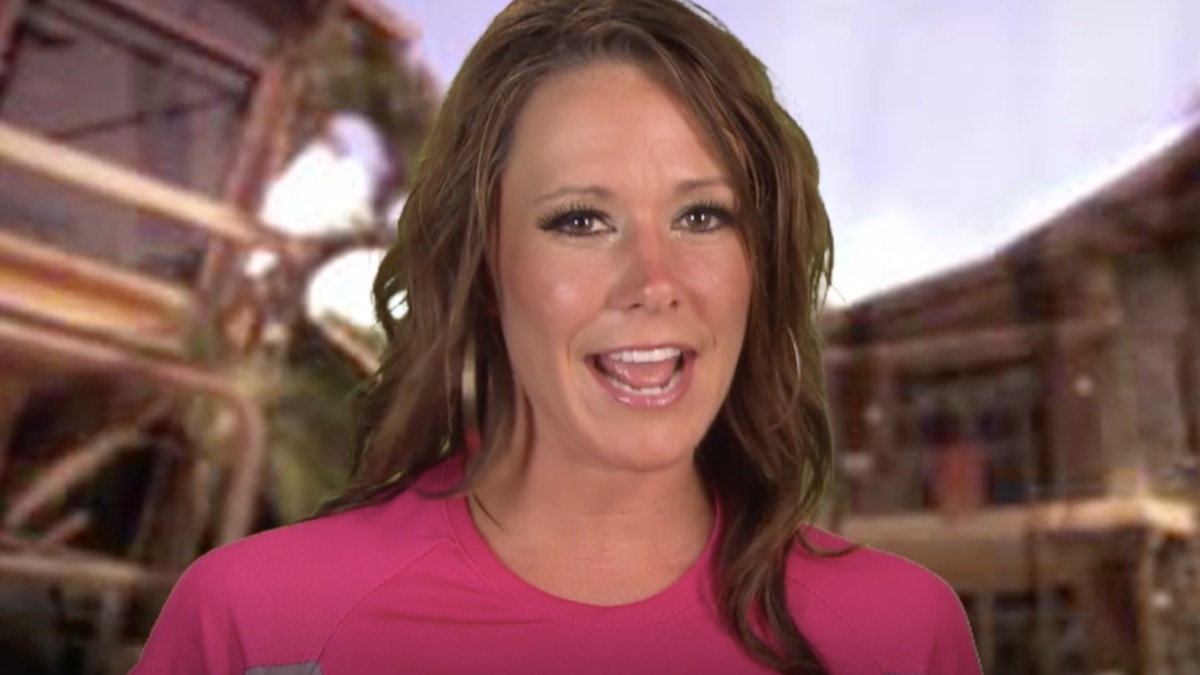 Many longtime viewers of reality shows on MTV, including The Real World and The Challenge, remember Paula Meronek, who had her share of struggles featured during the various episodes.

Paula, who appeared on 10 different seasons of The Challenge over the years, recently recognized a major sobriety milestone in her life and shared the big news with fans.

It brought praise from fans and friends for her recent accomplishment, including one Challenge star admitting how proud she was.

On Tuesday (November 4), Paula took to her Instagram to share a series of images with her friends and fans. The main image is captioned with the message, “KEEP CALM because 7 years sober is SEXY AS HELL.”

A second image in the series reads, “SOBER 7 years AF,” while a third reads, “7 YEARS SOBER!!!” with a golden crown over the words.

Paula captioned it with 2,556 days to let everyone know exactly how long she has now been sober. 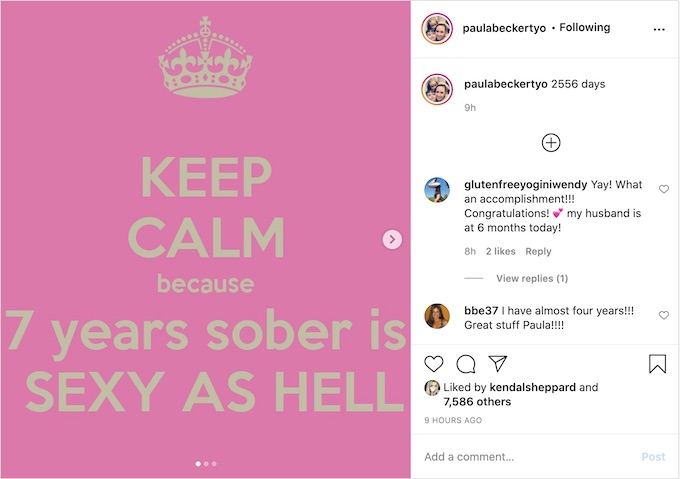 The Instagram post was met with plenty of love from fans and fellow Challenge alumni. That included Challenge OG Derrick Kosinski, who told Paula, “CONGRATS YO!!”

In 2014, Paula married Jack Beckert, and she now has three children, Atlas, Athena, and Aurora. On her recent IG post, Paula replied, “Atlas” to a fan asking her what made her go completely sober.

In addition to all the usual drama, Paula’s season also included two major hurricanes making landfall in the area, forcing the cast to evacuate.

During her time on the Real World shows, Paula was known for being confrontational and struggled with many issues, including body image and substance abuse. Paula was dealing with an abusive boyfriend and was arrested for biting her ex-boyfriend in 2006.

She began appearing on MTV’s competition series The Challenge in 2006 with The Duel. Paula Walnuts, as she became known, ended up getting eliminated in the fourth episode by Aneesa Ferreira in Pole Wrestle.

She returned for The Inferno 3, The Gauntlet III, and The Island, making it to the final of each of these seasons.

It wasn’t until her The Challenge: Rivals appearance in 2011 that Paula ended up winning it all. She appeared on a team that included her Key West castmates Johnny Bananas and Tyler and Fresh Meat star Evelyn Smith.

While she failed to win on Battle of the Exes, she appeared on her 10th season with 2013’s Rivals II and got her second win there. The show involved cast members teamed up with other people they had a rivalry or feud with. Paula was partners with Emily Schromm, who was considered among the best female competitors.

Paula, who turned 39 in July, hasn’t appeared on the show since then. Still, she is among the best all-time Challenge competitors due to her appearances and wins. Even so, many people would consider the fact that she’s celebrating seven years of sobriety as her biggest win.

The Challenge is currently on hiatus at MTV.