PIERS Morgan poked fun at his co-star Susanna Reid for dressing up as Birds of Feather's Dorien Green in pink leopard print.

The 55-year-old Good Morning Britain host said it was "really scary" how similar the pair looked. 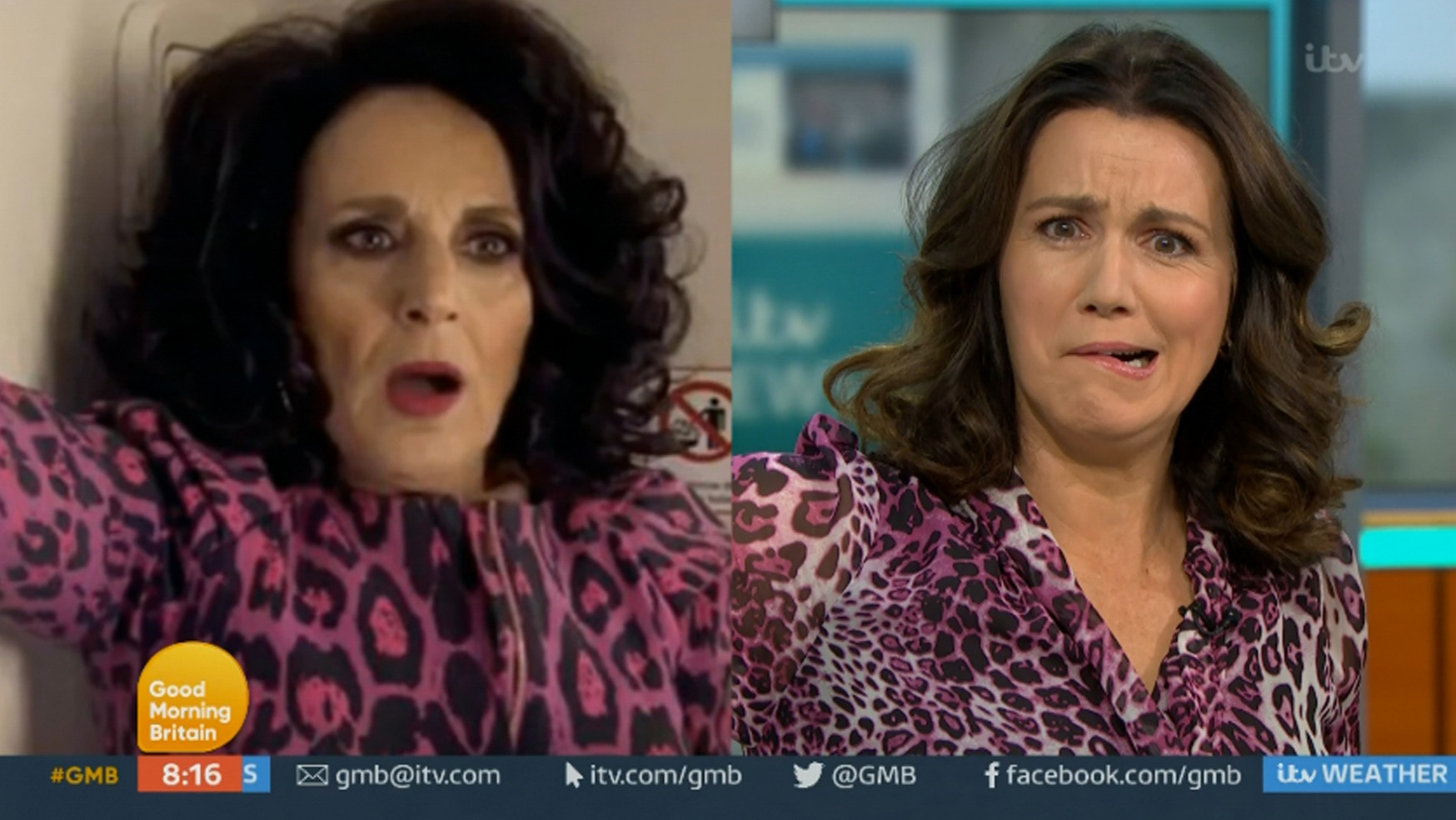 Putting a split screen up with Susanna and Lesley Joseph's character, Piers said: "A lot of of people are commenting on Susanna's appearance today.

"The dress, the hair… we think we've cracked it. It's Dorien!"

Susanna didn't appear offended as she laughed along at Piers' joke. 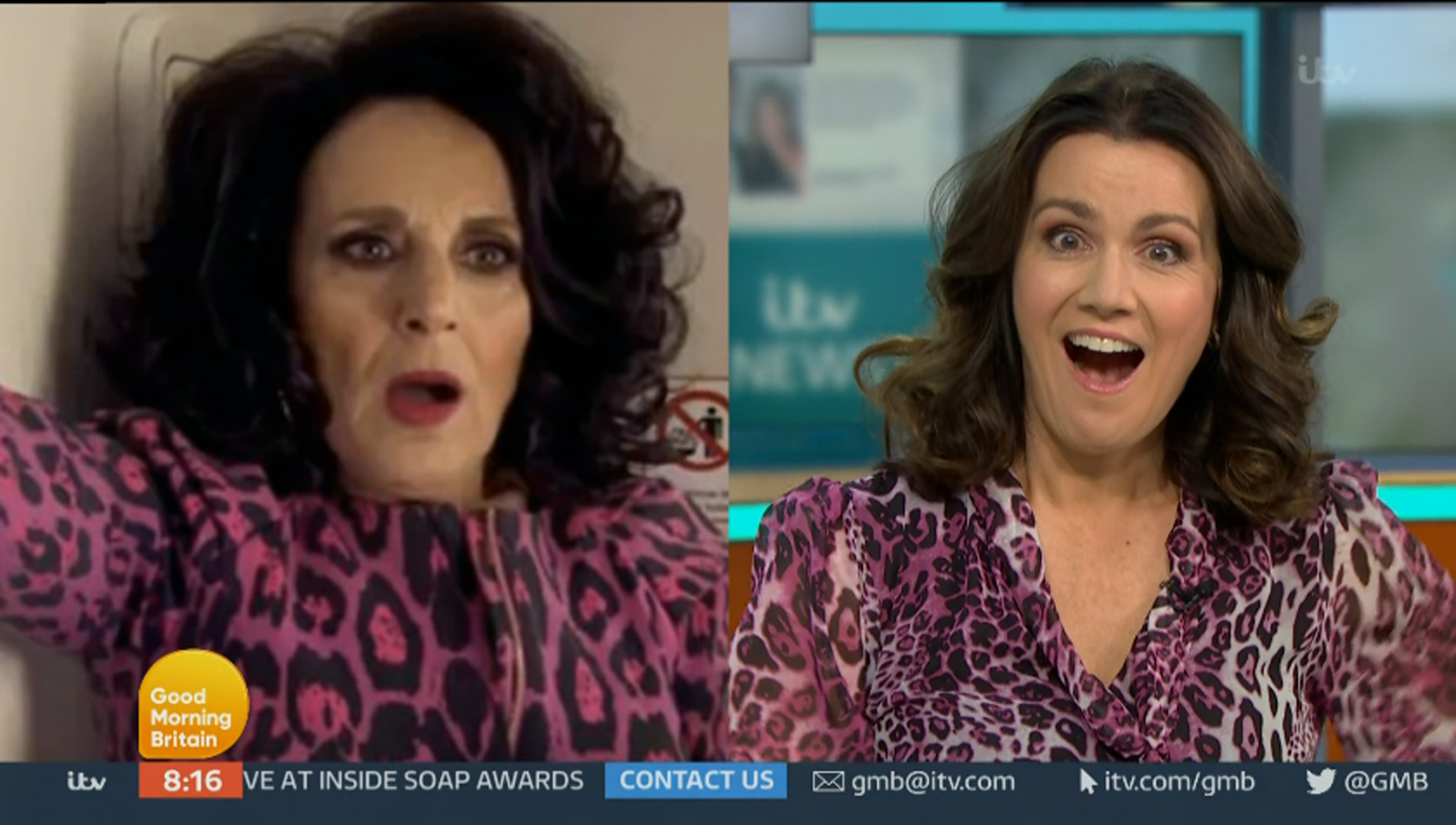 She even tried her best to get the winning shot by copying Dorien's facial expressions.

He confirmed Brits going on a winter getaway will only have to quarantine for five days and can be “released” from self-isolation after taking a quick one hour test.

Elsewhere Susanna was heard screaming as Dr Hilary Jones and Richard Arnold got "too close" in the GMB studio.

The host was blasting the PM's "ridiculous metaphors" made in last night's press conference as he revealed tough new tier rules will last until spring.