The singer’s lower body-parts were ordered to remain firmly static last night during a performance for Pope Francis at The Vatican — after the pop star was issued with a “no hip shaking” rule. 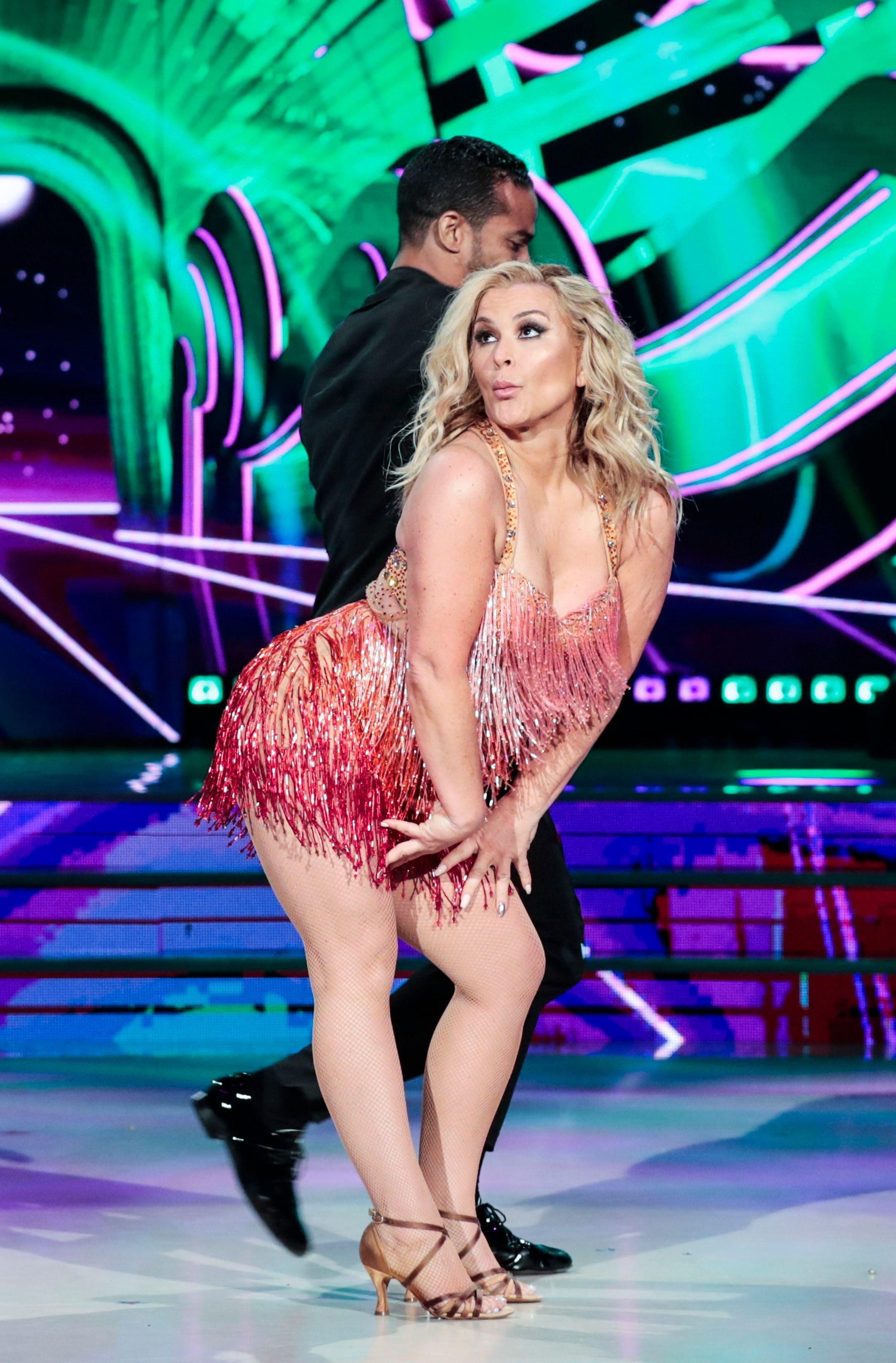 We can reveal that the US singer, partnered on the dance show with Brendan Cole, was given a series of strict protocol instructions ahead of her live show, in order not to offend the Roman Catholic supremo.

As well as being told to stand still, Anastacia was also instructed to wear a “smart and length-appropriate” dress and told not to swear during the evening.

A source said: “Anastacia is more used to calling the shots and issuing demands ahead of a performance.

“But a few weeks ago she received an official document which clearly spelt out, in no uncertain terms, the conditions she must adhere to if she wants to perform in front of the Pope. 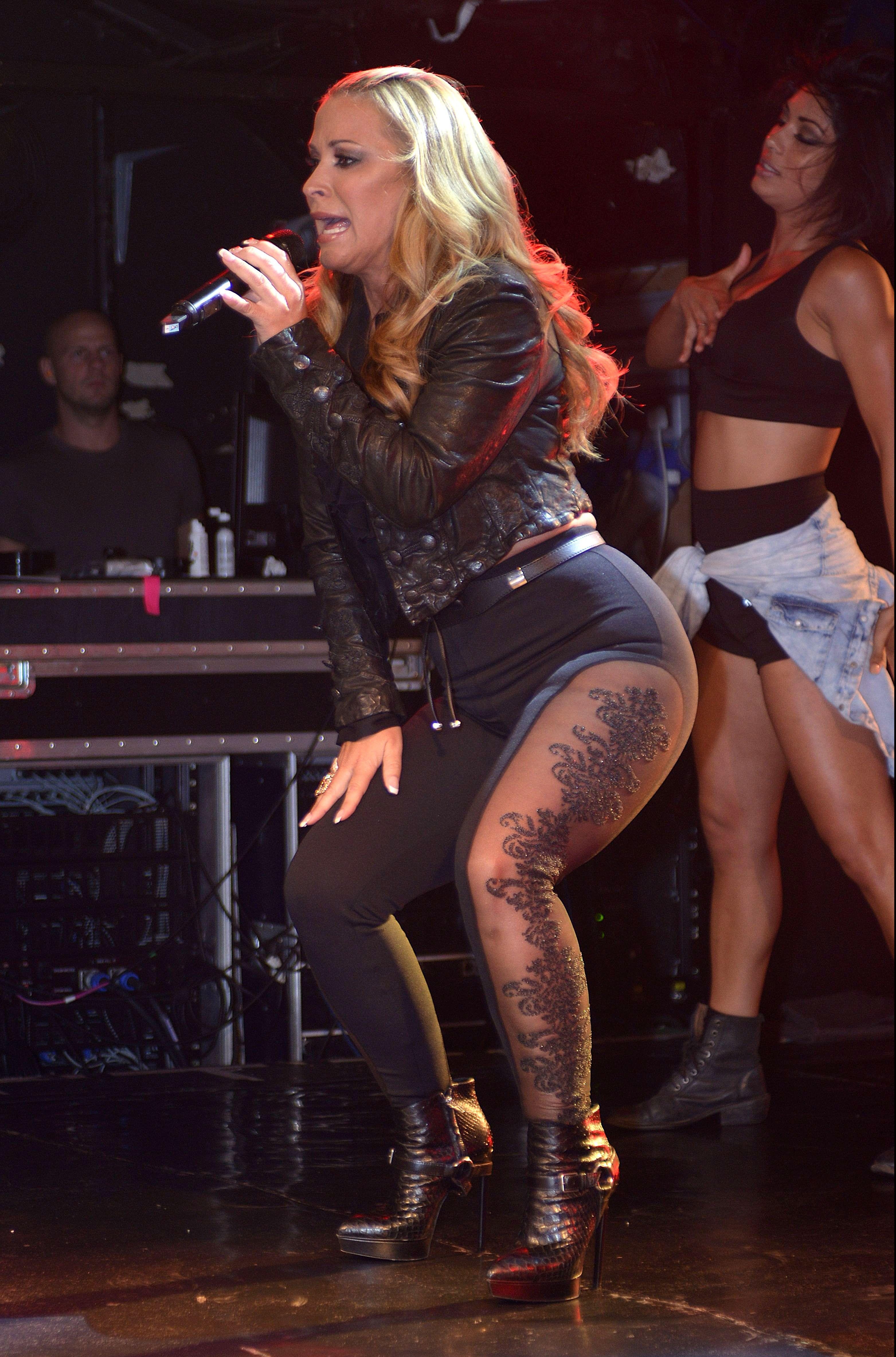 “Everyone knows Anastacia loves to move a lot on stage and that her stage outfits are pretty risque, as she’s partial to showing off her incredible abs.

“The Pope’s officials needed to make it clear that there could be none of that.

“Not only would it be highly inappropriate for religious reasons but Pope Francis is about to turn 82. He would probably have the shock of his life if Anastacia started shaking her hips in front of him.”

The Italian job comes just a few months after a clip of Anastacia dancing went viral when she flashed the flesh during an appearance on Dancing With The Stars in the same country. 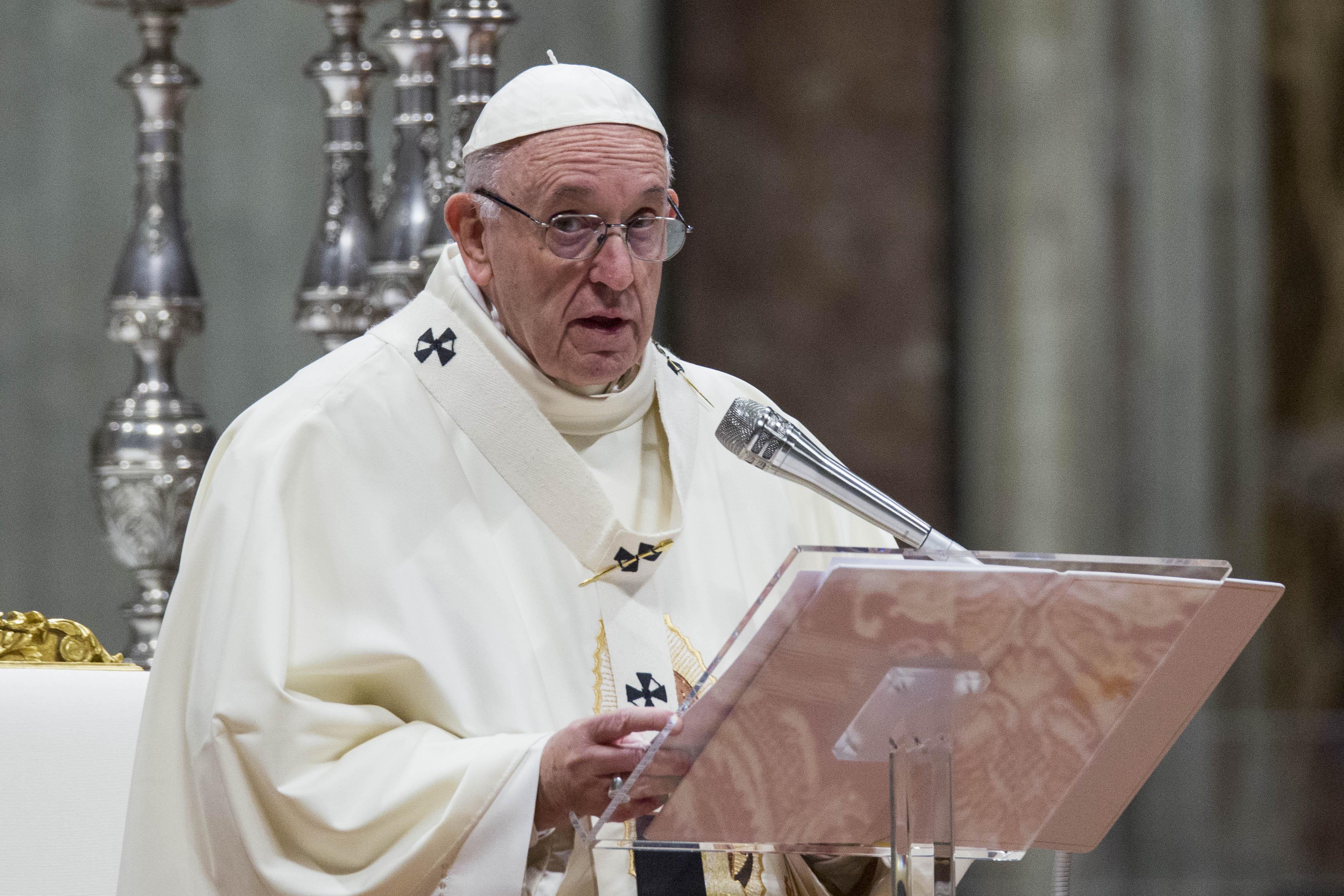 A clumsy lift caused her sparkly dress to ride up, exposing her flesh-coloured knickers and showing off her bottom cheeks.

Anastacia was also granted a 20-minute one-to-one audience with the Pope as, strangely, he’s reported to be a “big fan”.

JUST because her new film Aquaman has been panned, it doesn’t mean that Amber Heard can’t score highly in the fashion stakes.

The actress, who stars as Mera in the DC superhero film, put on an impressive sartorial performance in a white couture dress with black belt as she left a TV interview in Miami. 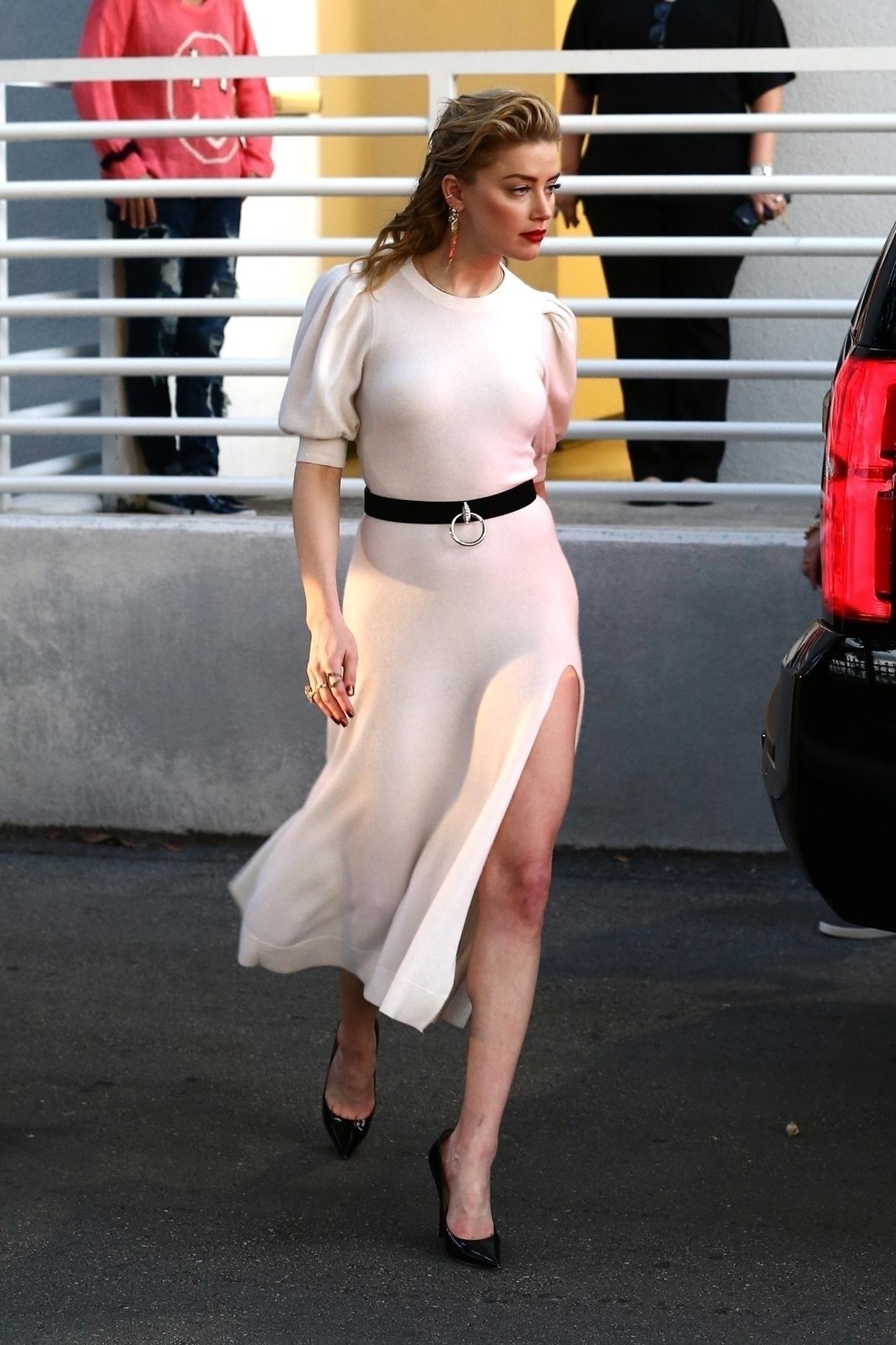 Amber – previously married to Johnny Depp – has been on the promotional trail alongside fellow cast members JASON MOMOA, who plays the title character, and Nicole Kidman, who plays Aquaman’s mum Atlanna.

With it not scoring well with critics, Amber can only hope that the box- office returns manage to get as high as that split in her dress.

Leap of the imagination

Now X-Men actor Nicholas Hoult has told (we’re sure with his tongue firmly in his cheek) how he went “method” to voice the character of Fiver the rabbit in the BBC’s new adaptation of Watership Down.

He said: “I lived in a hutch for five weeks to prepare for this role. I’ve only been eating carrots – I can see in the dark very well.

“I have big ears and a little tail that I put on when I’m at home. It’s like living in the Playboy mansion, but it’s just me.”

Well that really takes a leap of imagination.

The X Factor judge teamed his beach look with sunnies, a life jacket and a very hairy chest during his annual Christmas trip to Barbados. 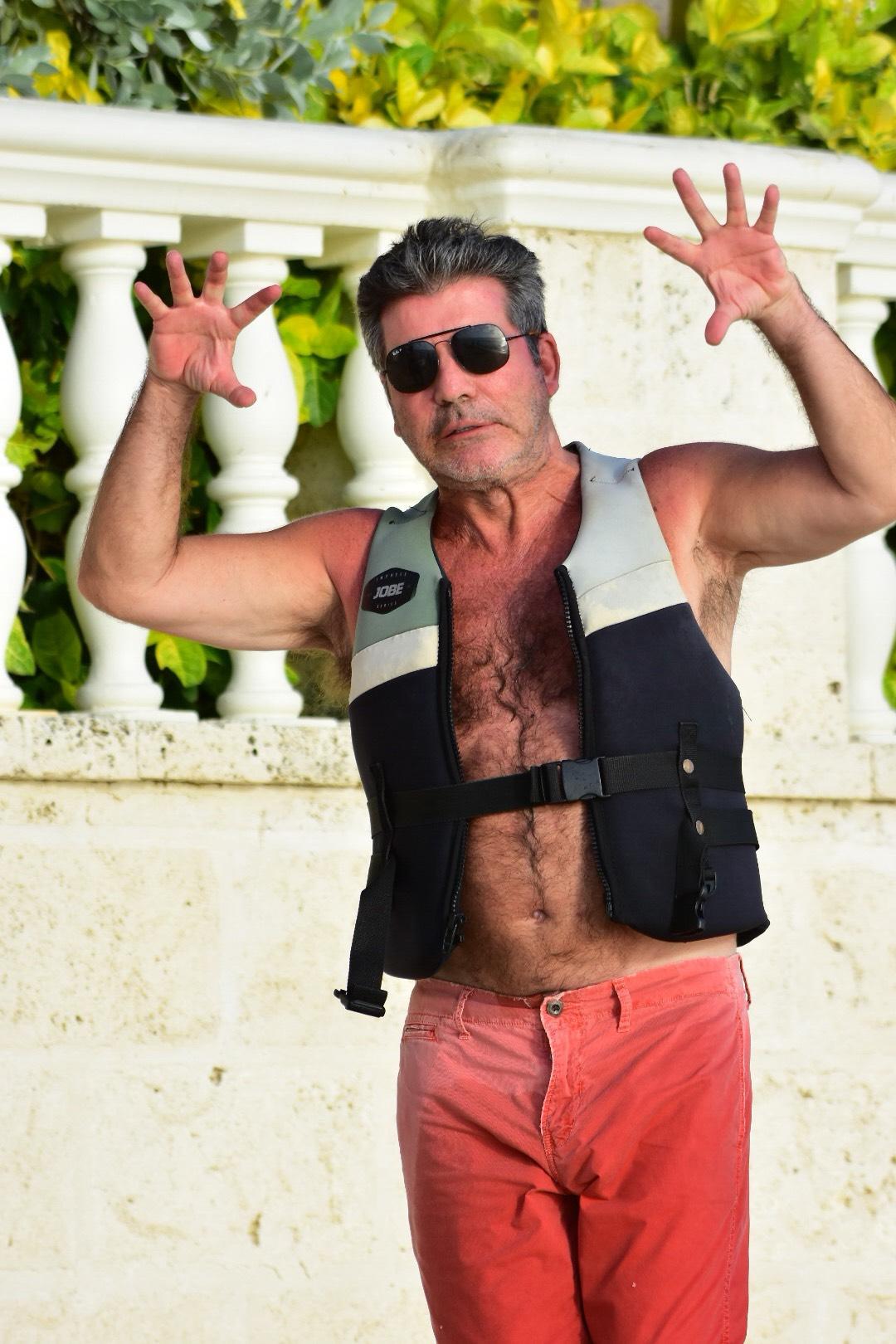 Fortunately partner Lauren Silverman made a splash on the Caribbean island with her stylish brown Melissa Odabash bikini under her jacket.

The mum was spotted taking four-year-old son Eric for a dip in the sea before being snapped next to a jet ski.

No doubt it’s so she can make a quick getaway when she spots Simon’s shorts. 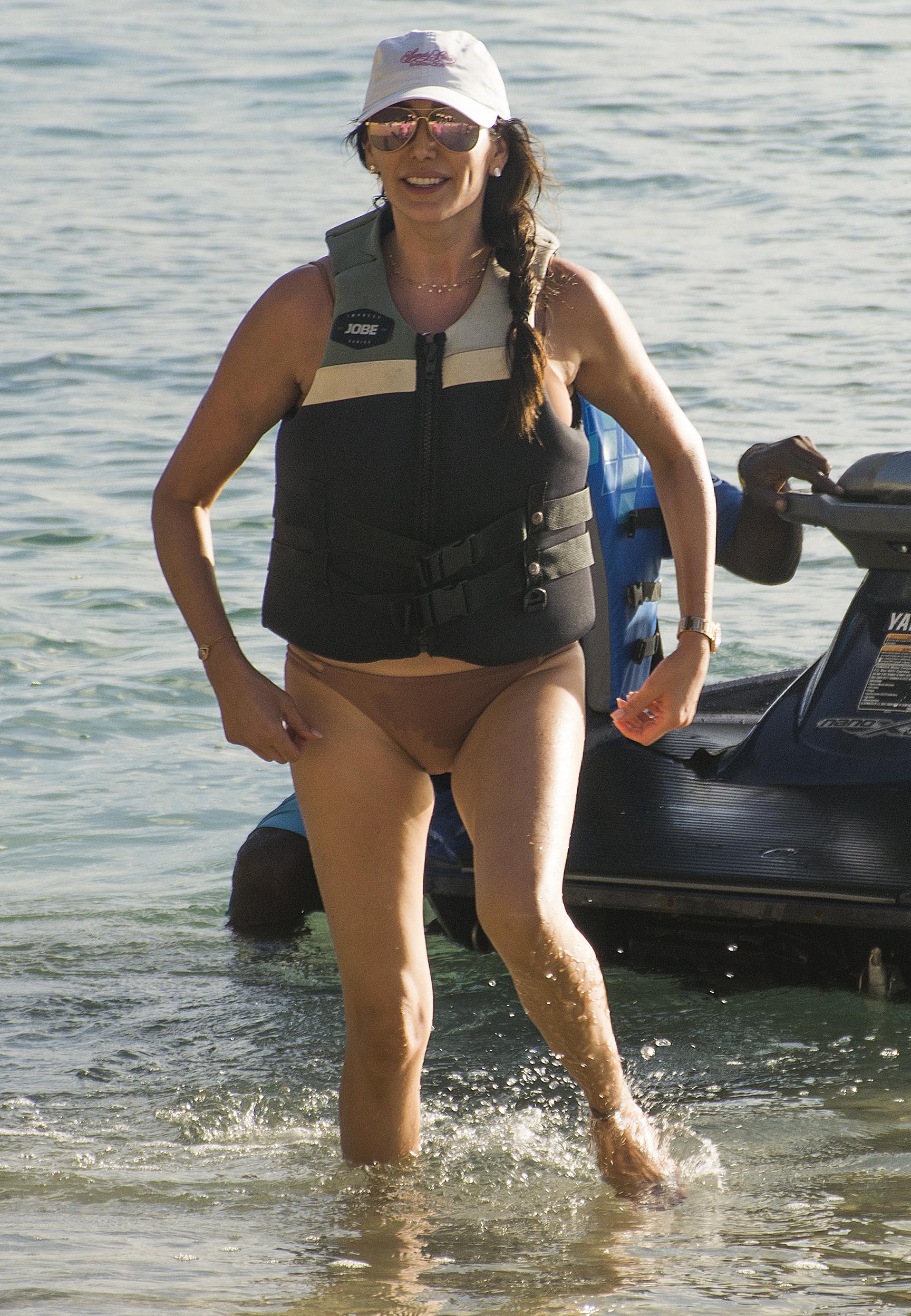 The singer, who is getting hitched to Dennis Jauch, attended the performance last night at Leicester Square’s Spiegeltent alongside 12 female pals and became the star of the show. A source said: “Leona was having a great time.

The group were whooping and cheering the boys on as they stripped down to tiny pants. One of the cheekier performers ends up going fully commando for a few seconds, which got some squeals from the girls.”

No rules for Em the fem

EMILY RATAJKOWSKI is tired of being judged solely on her looks – so it’s no wonder she took a much-needed lie down.

The model and actress graced the Vogue Australia cover and in the magazine’s interview she declared: “I don’t really care if me wearing a crop top is somehow playing into some patriarchy, because it makes me feel good about myself, and I shouldn’t be limited on that. Making rules as to what a feminist should look like or wear is insane to me.” 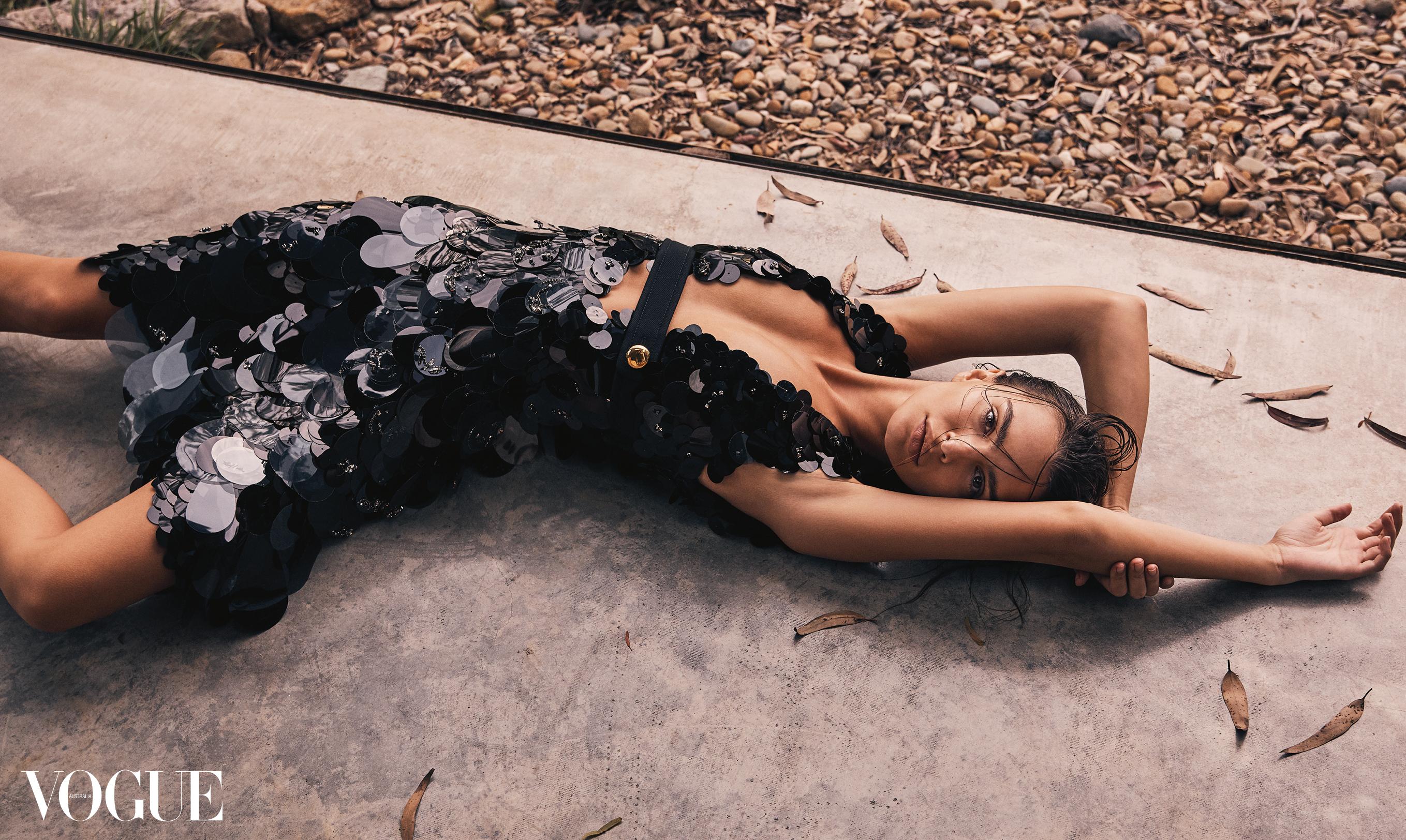 To prove her point is not pants, Emily also posted a pic of herself in a bikini.  So there. 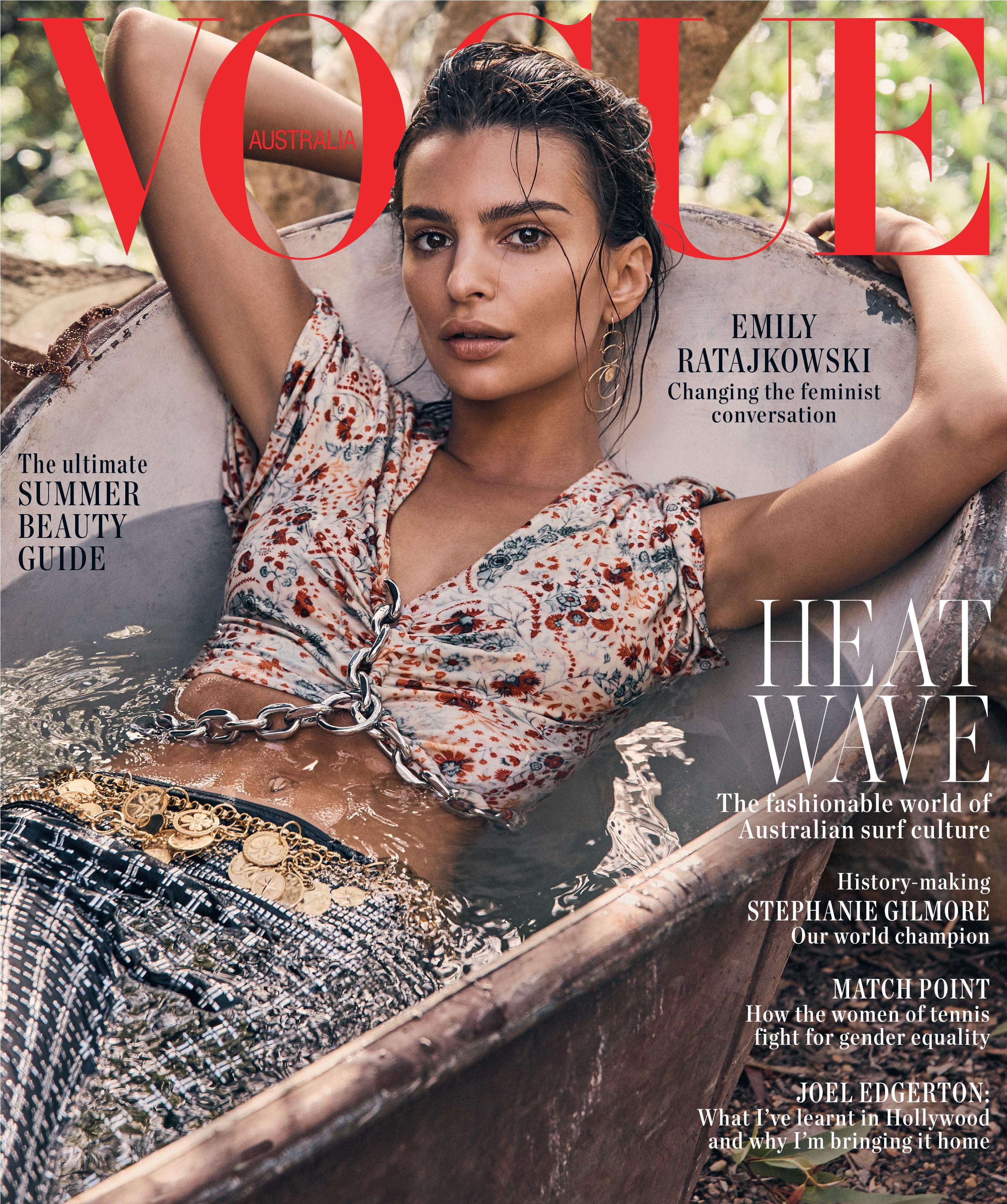 Anne not chasing a lover

The Chase star – aka The Governess – has been hailed as a role model for opening up about her battle with Asperger’s syndrome, a form of autism, while in the Aussie outback.

But Anne told us that she finds it easier to be single because of her condition.

Speaking to promote her appearance on Christmas single Rock With Rudolph, in aid of Great Ormond Street Hospital, she said: “I find relationships a struggle because of my need to have a lot of space to myself so it’s not something that I’m pursuing right now.

“I meet people who would quite clearly like to take it further but I’ve been around the block enough times to realise you know I’m not actually very good at this.

“I’ll get into a relationship and then get very passive-aggressive.”

Cheat ex on take me out

I’M A Celeb’s Scarlett Moffatt may be one of ITV’s golden girls but she will soon want to switch off the channel – after her ex signed up to appear on Take Me Out.

We can reveal that Scarlett’s love-rat former boyfriend, Lee Wilkinson, will appear on the new series of the dating show, which is due to begin next month. 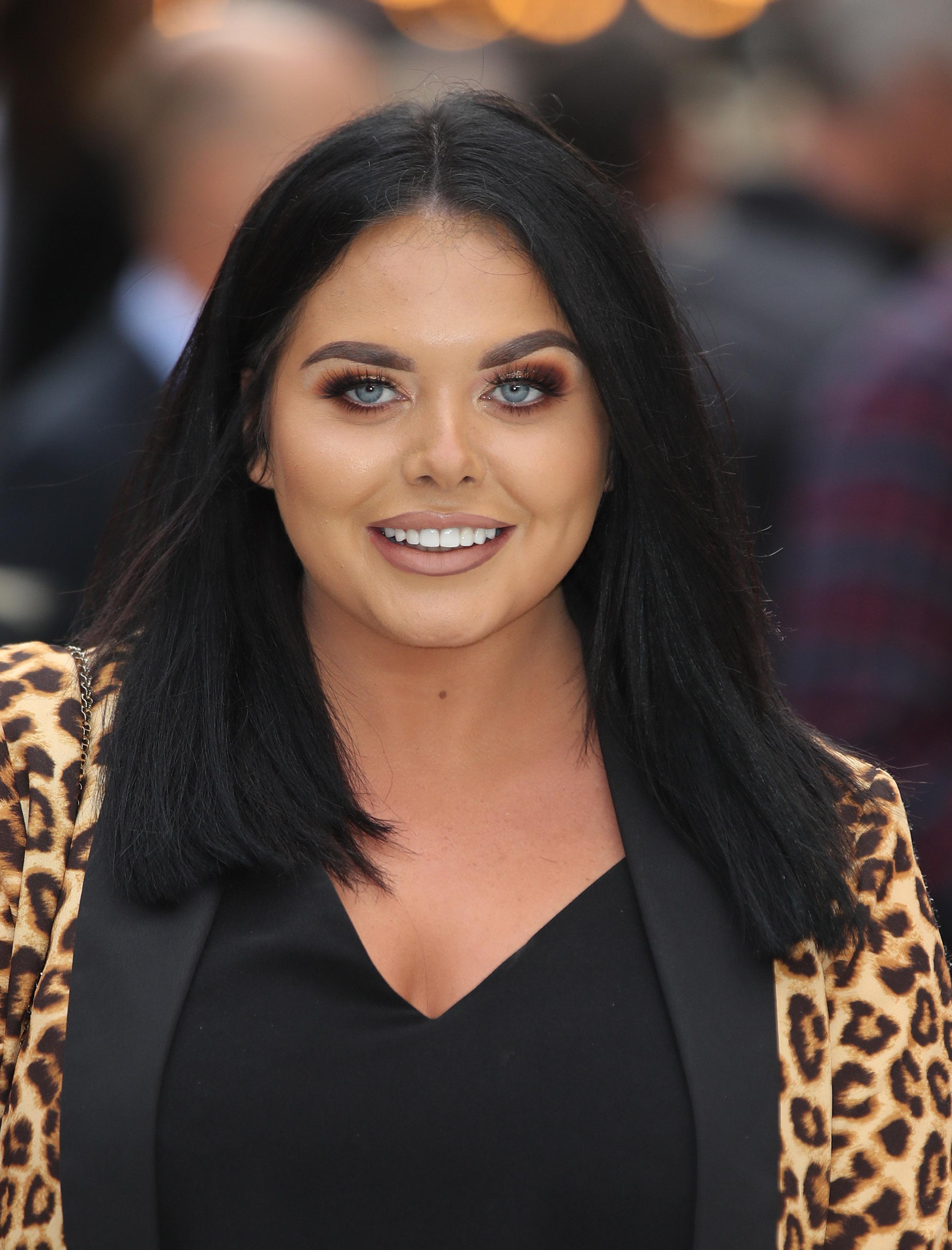 But no doubt Scarlett will hope that host Paddy McGuinness will inform the ladies looking for love about her own experiences with the fitness model.

Back in April she branded Lee a “pathological liar” and accused him of cheating on her.

We later revealed that they had briefly got back together again, before Scarlett gave him the boot for a second time.

A source said: “Scarlett will be mortified that Lee is back in the spotlight. He seemed to really revel in the attention when they were together and no doubt she’ll think it’s part of his plan to get more publicity using her name. 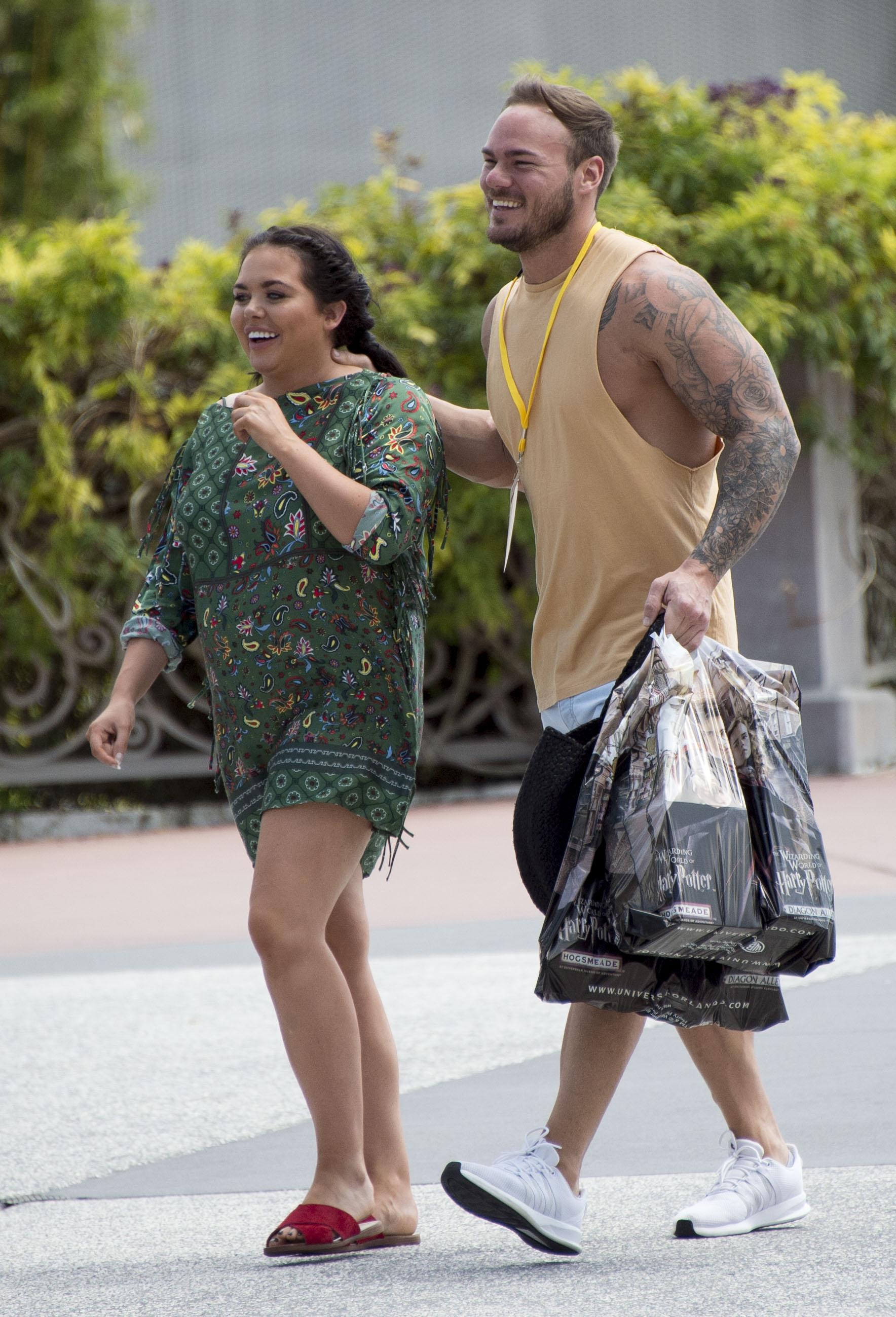 “He didn’t warn her he’s going to be appearing and she was disappointed to hear the news through pals.”

We are told the show will feature Lee’s side career as a butler in the buff alongside his twin brother Ryan as a ploy to get the girls to keep their lights on for him.

Fortunately Scarlett said no likey, no lighty to the love loser – and let’s hope the other hopefuls do too.

Now she calls her time with ex Sam Bird poisonous, saying: “I feel so much better in myself now that I’m out of that toxic relationship.

“I’ve had time to focus on myself.”