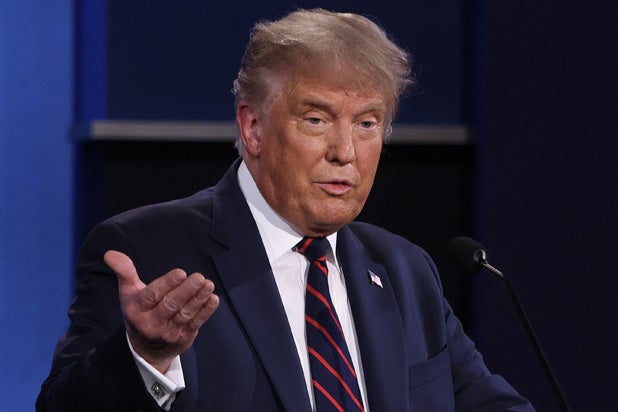 Members of the Proud Boys, a neofascist SPLC-designated hate group, celebrated after President Trump declined to condemn white supremacists and militia groups and, instead told the Proud Boys to “stand back and stand by” during Tuesday’s presidential debate.

“Trump basically said to go f— them up! this makes me so happy,” Joe Biggs, an organizer for the group, wrote on Parler.

“I will stand down sir!!!” Enrique Tarrio, the Proud Boys chairman, also wrote on Parler. “Standing by sir. So Proud of my guys right now.”

During Tuesday’s debate, moderator Chris Wallace asked Trump, “Are you willing to condemn white supremacists and militia groups and say they need to stand down and not to add to the violence in these cities as we saw in Kenosha and in Portland?”

“Sure, I’m willing to do that,” Trump said. But when Wallace asked him to do so, Trump deflected and said, “Proud Boys, stand back and stand by. But I’ll tell you what, somebody’s got to do something about antifa and the left because this is not a right-wing problem. This is a left-wing problem.”