Bohemian Rhapsody gave fans a heartwarming glimpse into playful recording practices of the band. Brian May and Roger Taylor have talked a lot recently about how four such strong personalities clashed at times, creative tensions are how great art and sublime music are born. But unbridled joy and the sheer thrill of enjoying what you do also plays a huge part and that is made very clear in this wonderful video clip of the band letting loose, having fun and being, quite frankly, very silly. Freddie, of course, was the ringleader but John Deacon was quite happy to be the punchline for a series of increasingly outrageous and rude alternate lyrics for one of the band’s biggest hits. Scroll down to watch it.

The footage was shot during the recording of One Vision, in September 1985 at Musicland Studios in Munich.

Everybody knows the famously silly “fried chicken” ending for the song, but Freddie actually had a lot more where that came from.

In place of the official words: “One flesh, one bone, one true religion, one voice, one hope, one real decision” this hilarious clip shows Freddie’s naughty alternative. He sings: “One dump, one turd, two t*ts, John Deacon!”

Somehow that didn’t make it into the final version. Nor did some of his other alternate lines. 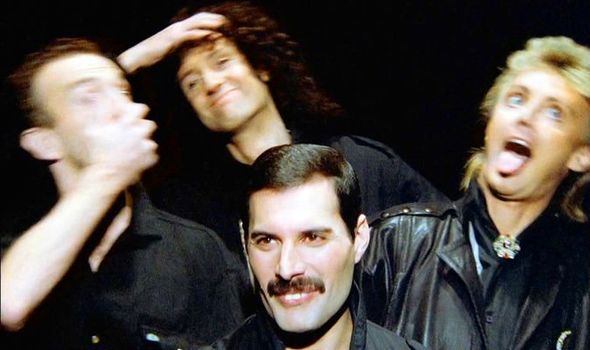 He keeps going tweaking another famous line to: “One heart, one soul… one sex position.

In the background in the sound mixing room, you can see producer and sound engineer Reinhold Mack, laughing and banging his head in mock despair.

Meanwhile, Brian May and John Deacon’s sheer joy at the silliness is clear, while Roger Taylor laughs in the separate drums rooms. 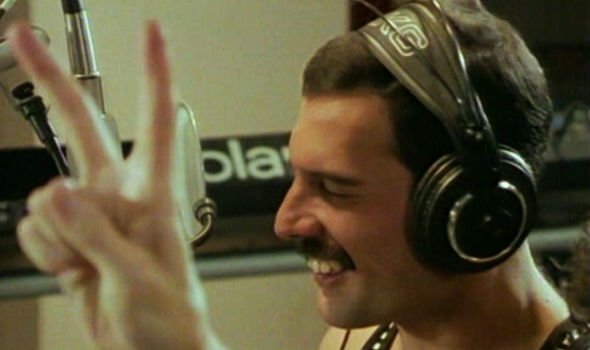 At another point, Freddie calls out “chickenfeed, babe.”

The video also shows thatthe fun didn’t stop there, with Freddie and Brian larking around and laughing uproariously in between takes.

It is a mark of genius that “Fried chicken’ was left in the final cut, especially when the main lyrics deal with grand imagery and concepts like religion and the unity of humanity.

It is pure Queen, punctuating their own pompous leanings with a sly joke. It is why fans continue to love them as much today as ever…