Britain’s Got Talent aired a Christmas extravaganza as Ant and Dec welcomed back former stars of the talent series to perform once again. Many of the former contestants teamed up with judges Alesha Dixon, Ashley Banjo and Amanda Holden. David Walliams also performed with comedians from the past 14 series, however he also delivered his own Queen’s speech.

David appeared on screens dressed as the Queen as he delivered an alternative speech to viewers.

He began: “Good evening peasants, I am your Queen.

“If you are wondering why you haven’t seen me for a while it was because I was furloughed.

“I have had to retrain so this might be my last Queen’s speech before I become a dinner lady.” 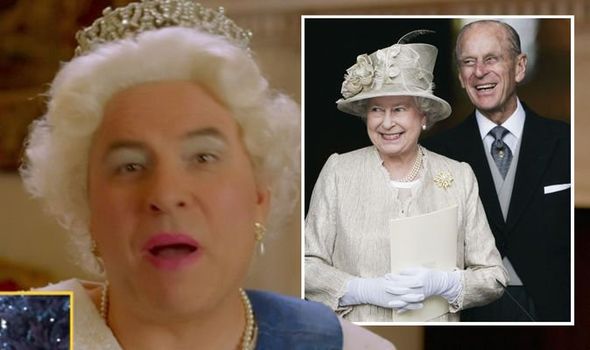 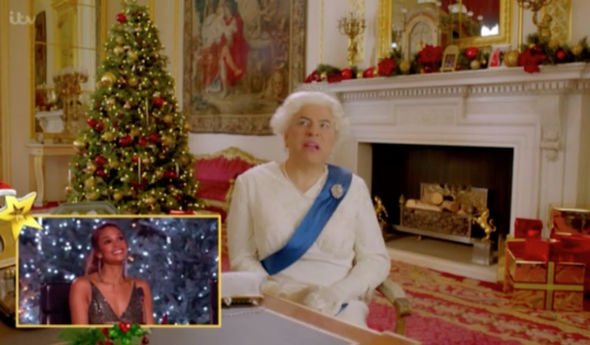 He continued: “I for one could not imagine a day when Britain’s Got Talent would be without Simon Cowell.”

Dabbing at his eyes with a tissue, David joked: “These are not tears of sadness, they’re tears of joy.”

Going on to mock the Royal Family, the comedian laughed: “Even the closest members have had to stay away two metres away from.

“Something me and Philip have bee doing since…well, how old is Edward?” 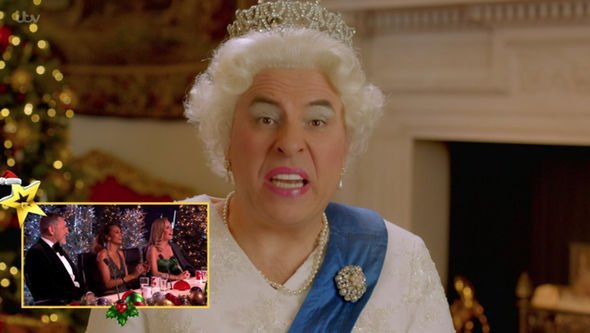 “Harry, however, has taken social distancing too far, he is keeping 6000 miles away from all of us.

But let’s look now to the New Year and my honours list. Alesha Dixon will be made a CBE for her services to music, by which I mean, she’s retiring.

“Amanda Holden will be made OBE for her environmental work. She always ensures her dresses use quarter of the normal amount of fabric.”

Those watching the festive special loved David’s speech with many enjoying his jokes about his fellow judges.

Another added: “David is being dangerously brutal with his jokes tonight. But I love it.#BGT.”

“@davidwalliams did a great job impersonating The Queen. Hilarious. #BGTm,” a third tweeted.

Someone else continued: “The Queen was furloughed…#BGTXmas #bgt.”

However others criticised the spoof, with another viewer commenting: “This is the 3rd Queen’s Speech we’ve had today? Lmao tired #BGTXmas #BGT.”

Britain’s Got Talent Christmas Special is available to stream on ITV Hub now.