American Horror Story and Pose genius Ryan Murphy has unleashed his latest televisual creation on the world. Ratched is a thriller laced with horror and all kinds of trauma in its telling of the origins of One Flew Over The Cuckoo’s Nest villain Nurse Mildred Ratched (played by Sarah Paulson). The show is set at the Lucia State Hospital and many viewers are curious to know more about character Dr Hanover and actor behind him Jon Jon Briones.

Who plays Dr Hanover in Ratched?

WARNING: This article contains major spoilers from Ratched on Netflix

Using blackmail, trickery and flat-out deceit, Ratched swiftly gets the staff under her thrall.

To make matters worse, she also nearly kills a patient before bringing them back to life in a bid to show off her medical skills.

Later, she convinces a patient to take their own life and holds the hospital’s head Dr Hanover to account. 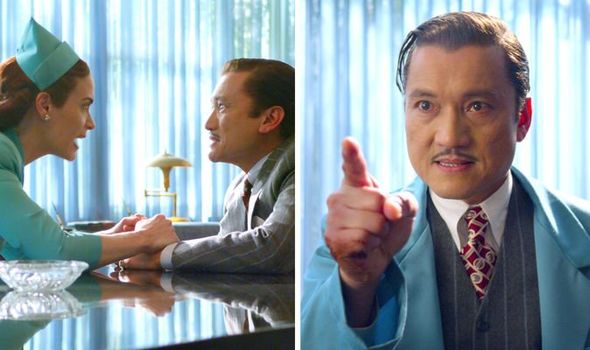 Hanover is portrayed by Filipino-American actor and singer Briones and is perhaps the star’s most high-profile role to date.

The 55-year-old star was born in Quezon City, Philippines and became an American citizen in 2010.

He started off in musical theatre after becoming involved in the original 1989 London production of Miss Saigon with Cameron Mackintosh while studying as an engineering student.

Briones was part of various tours of Miss Saigon and was even nominated for a Laurence Olivier Award for Best Actor in a Musical for the role.

He remained part of the production until it came to a close in 2016 before it moved to Broadway in 2017.

The star has been lauded for his work in theatre and received Visionary Award from East West Players in 2019 for raising the visibility of Asian Pacific Americans.

The star has collaborated with Murphy previously on American Horror Story and American Crime Story: The Assassination of Gianni Versace.

Some of his other television roles include Designated Survivor, All Rise Las Vegas, Southland and Criminal Minds.

Ratched is streaming on Netflix now