But when this picture was taken the teenager was already a cocaine kingpin and had been arrested for possession of 17lb of the drug — the largest seizure in the history of his city of Detroit. 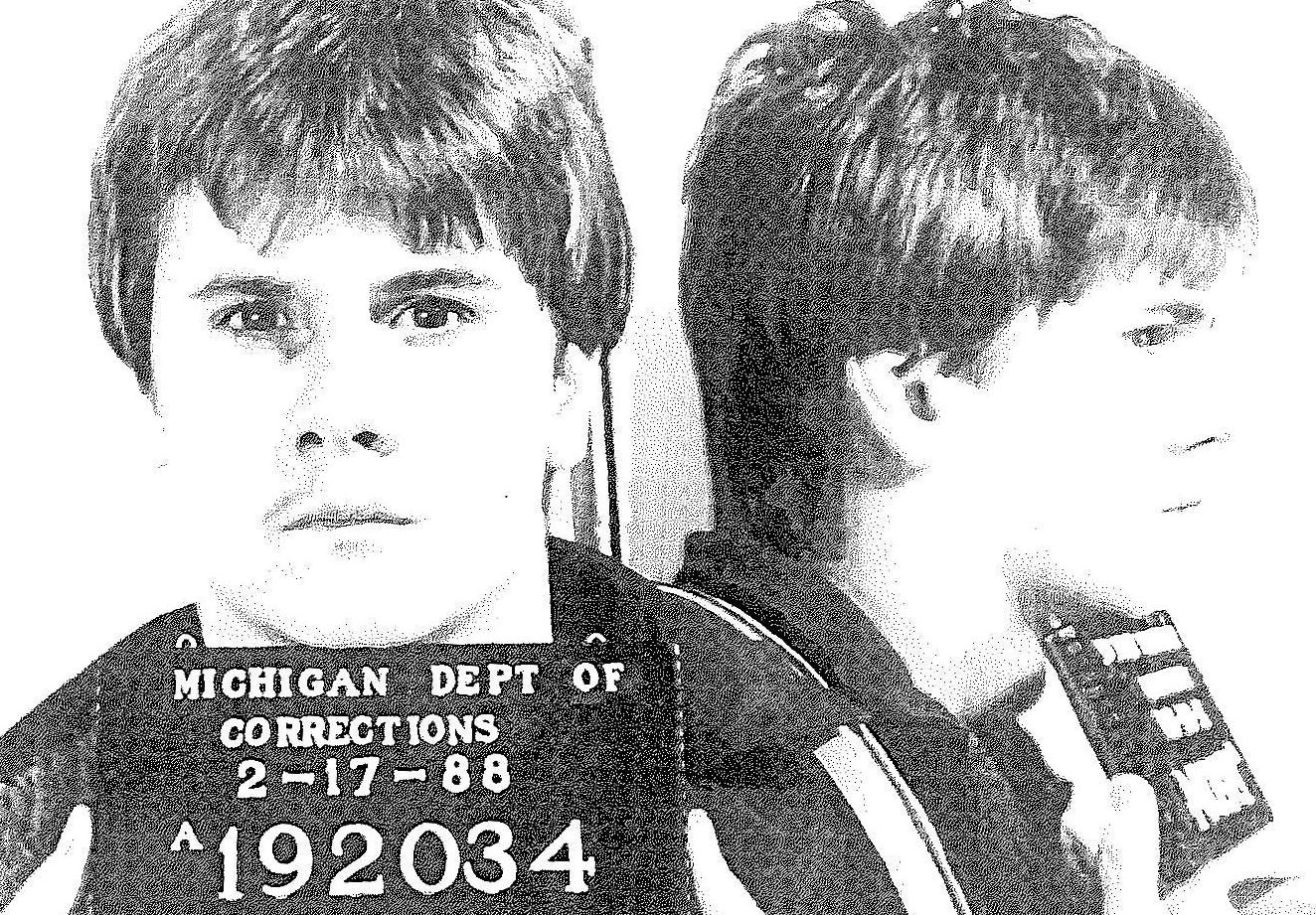 But what the world didn’t know was that he had been secretly been working as an FBI informant since the age of 14.

Speaking to The Sun from prison, Rick said: “I was just a kid in the summer of 1984 when I started working with the government.

“What kid doesn’t want to be an undercover cop? It was exciting and I looked up to them.” 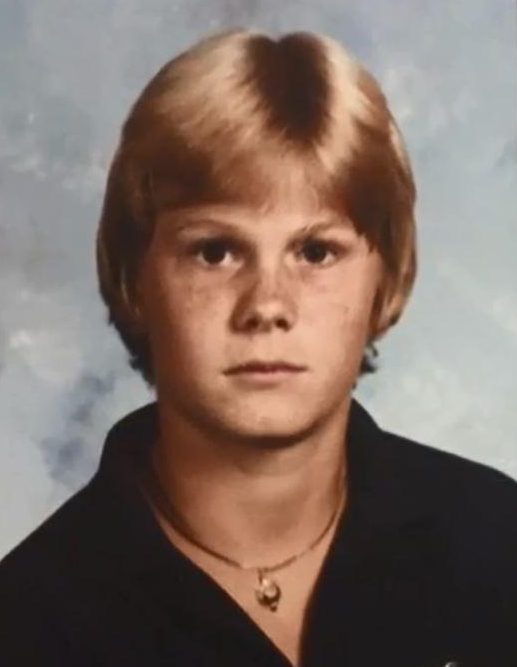 Now 49, he insists the FBI was responsible for getting him into drug-dealing in the first place.

Rick explained: “I never wanted to be a drug dealer when it started. They paid me as an informant to infiltrate that world.

“They gave me money to make drug buys from people they were investigating and sometimes they would let me keep the drugs to sell, because it gave me credibility around the people I was informing on that I was a dealer too.”

The unlikely tale has now been turned into a movie, with newcomer Richie Merritt, 17, playing Rick and Oscar-winner Matthew McConaughey, 49, as his dad, Rick Sr. 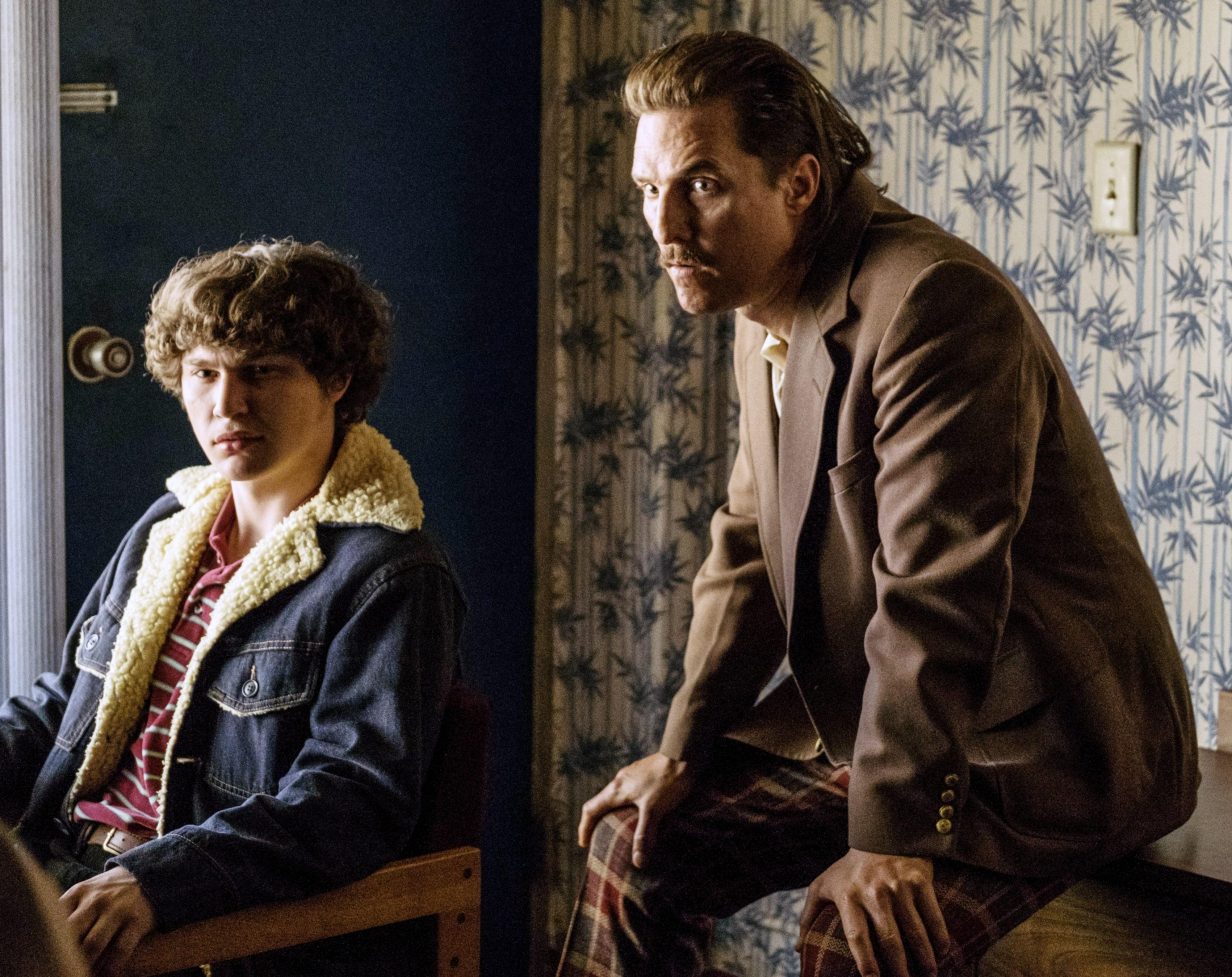 But the real Rick will not be able to see the film — he is still in jail, despite the gangsters he helped to lock up with his FBI tips being freed long ago.

In 1988 Rick was handed an automatic life sentence under a tough 1978 Michigan law which banned the possibility of parole if caught with 650 grams or more of cocaine.

The teenager had more than 12 times that amount when arrested.

By that time was also famous for driving around in a white jeep emblazoned with the words “The Snowman” — before he was even old enough for a full licence. 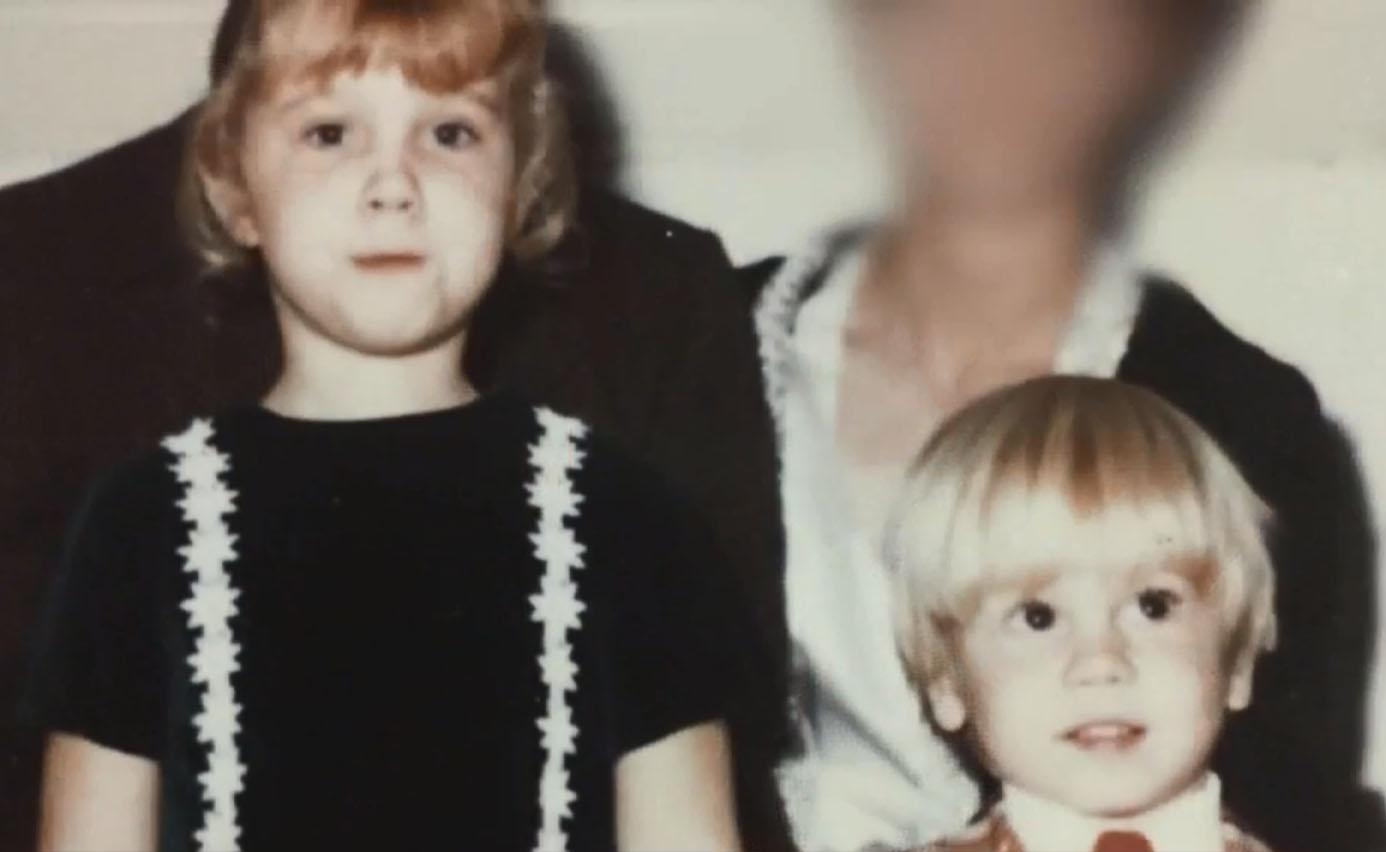 At his trial, referring to a notorious 1930s gangster, the judge said: “Even though he looks like Baby Face Nelson, as far as this court is concerned, he’s worse than a mass murderer.”

Rick was finally paroled last year for his drugs offence — 14 years after the 650g law was repealed.

But he was immediately taken into Florida State Prison to serve an earlier sentence for other crimes.

Rick says he was recruited by the FBI while still at school through his father, a gun-shop owner who was already an informant. 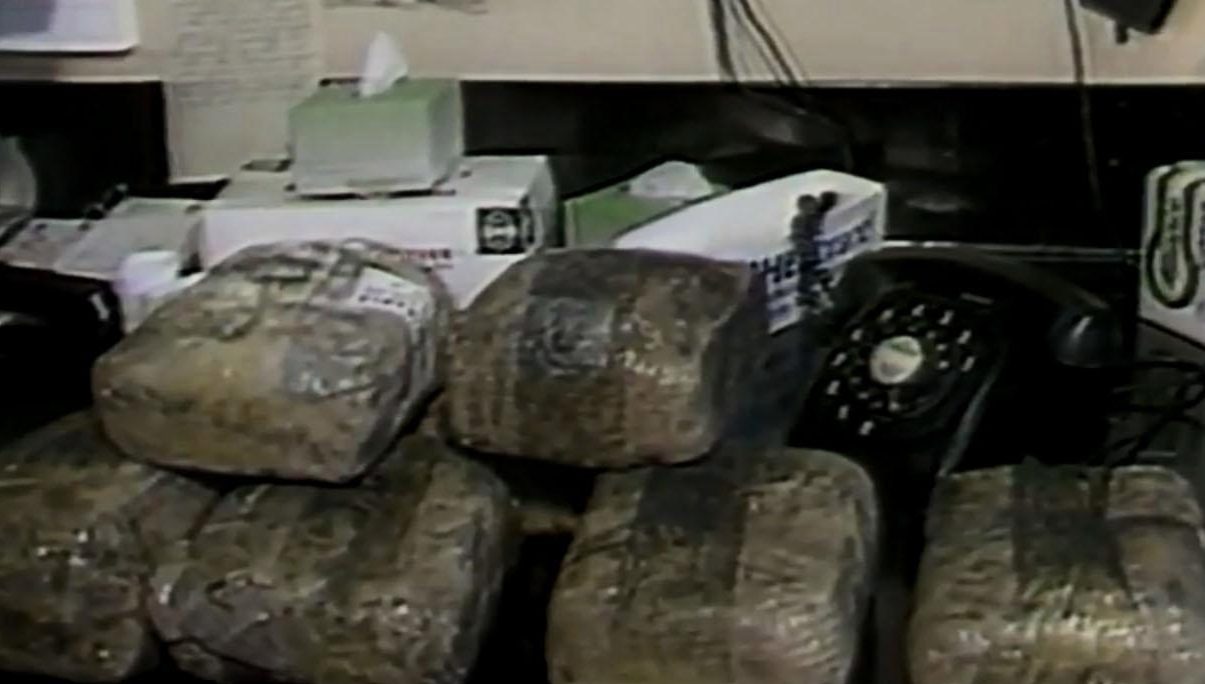 Agents came to ask if his dad could identify some drug dealers from a photo — but it was Rick Jr who recognised them and piped up.

The FBI then realised his value and set about making full use of him under the codename Gem.

On one occasion when Rick was invited to a high-profile boxing match in Las Vegas by a notorious drugs boss, the FBI even bankrolled the trip and gave him fake ID.

He said: “Even to this day, when there is a big fight in Vegas, all the big drug dealers go. 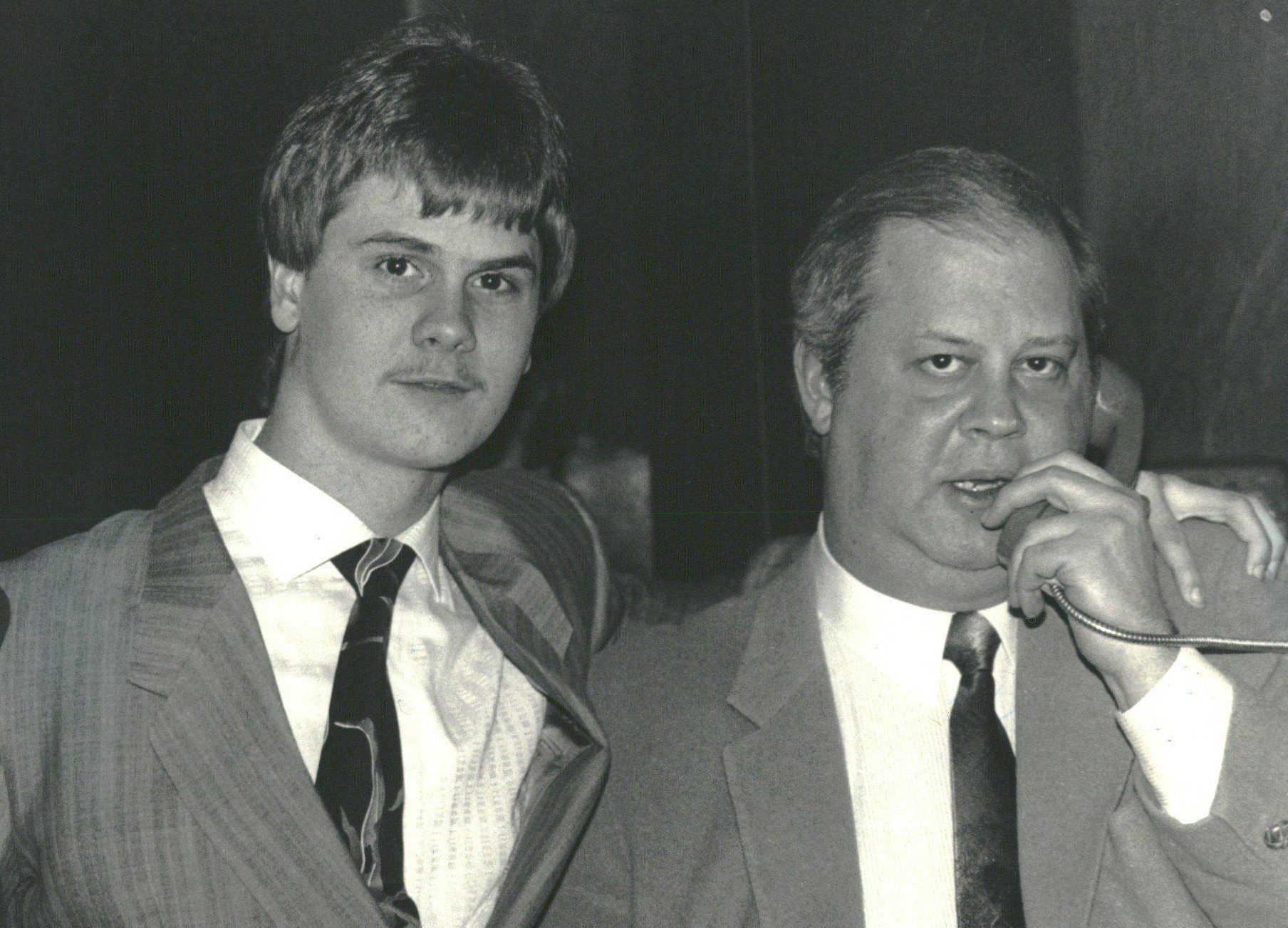 “My FBI handlers knew it would give me huge credibility in the drug world if I was seen there and so they paid for me to go.”

FBI documents seen by The Sun confirm the funding of a trip to Vegas to watch the fight Rick attended, although the source’s name is blacked out.

A number of his former handlers have also confirmed he was a source, and have even argued for his release. Back at the time, living the high life courtesy of the FBI was a heady escape for the teen.

Rick’s parents had split up when he was six and his mother Darlene left. 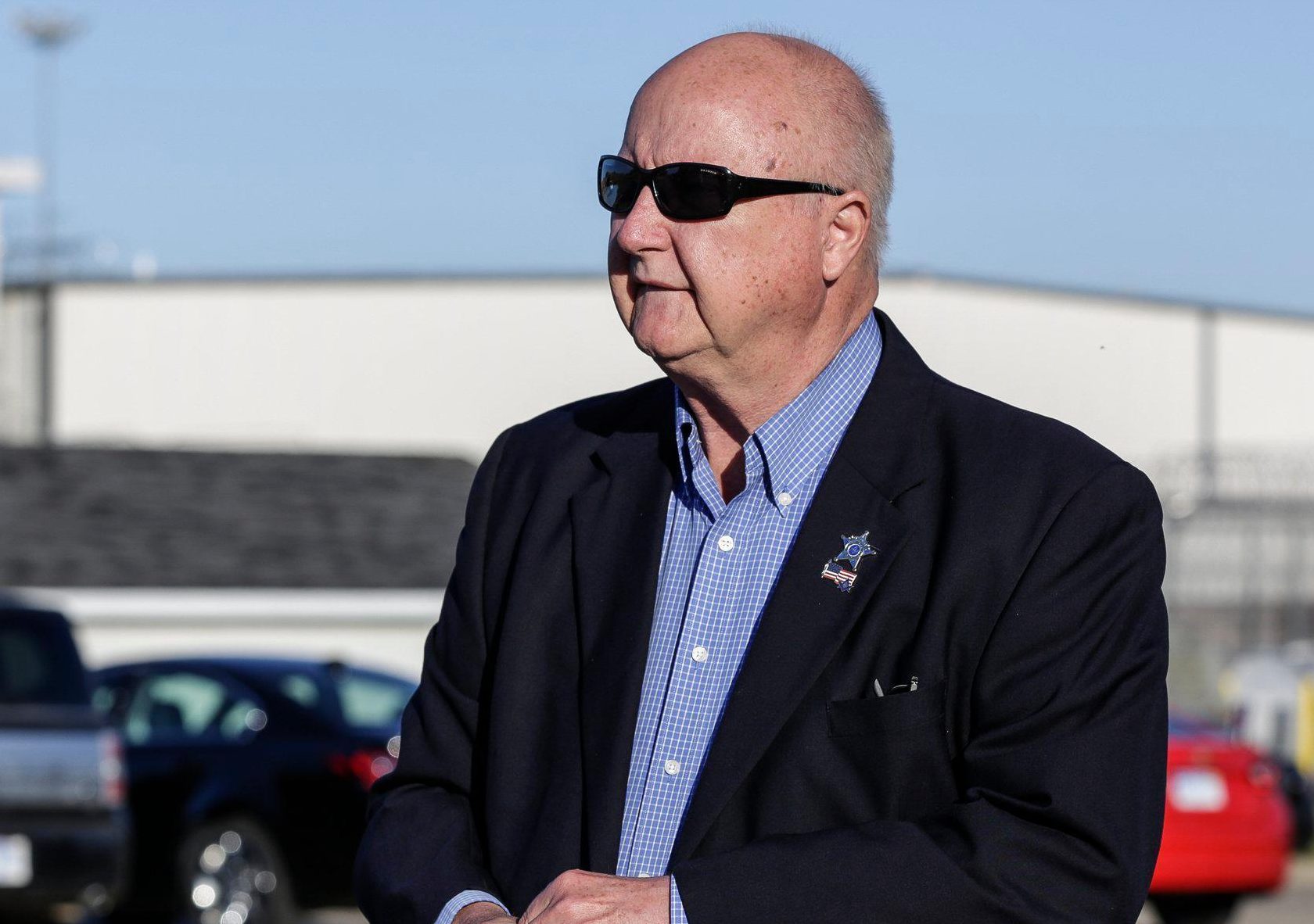 At 13 he had briefly moved back in with her, but returned to his dad’s increasingly dangerous East Side neighbourhood when he could not get on with his stepfather.

Back then, Detroit’s crack epidemic was at its peak, with drug barons being local celebrities, driving flashy cars and brazenly executing rivals.

Once on the FBI’s books, Rick became friends with the younger brother of notorious twins Johnny and Leo Curry who controlled most of the area’s crack business.

He became a fixture in the bling-loving crew, despite his age and being the only white face on the scene — and soon earned the trust of Johnny himself. 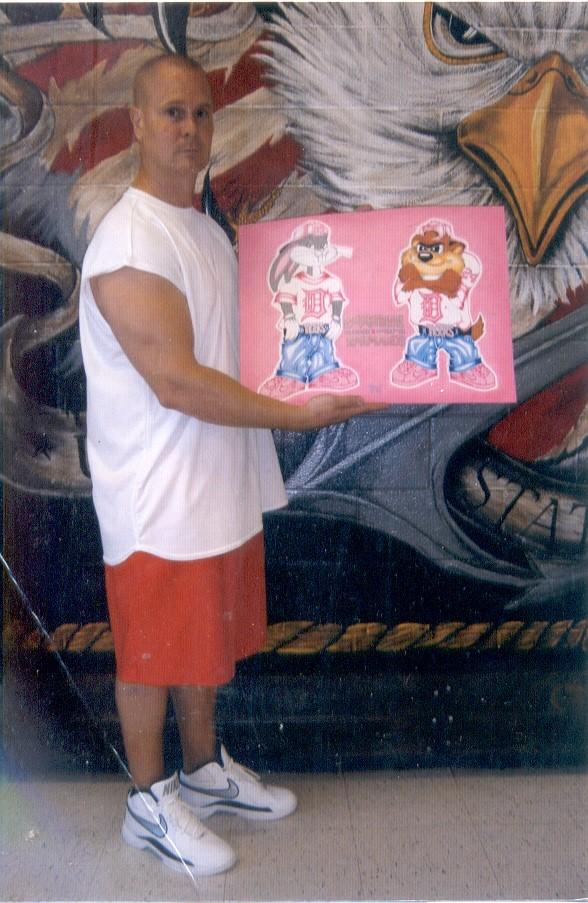 The youngster soon became famous for his own flamboyance, wearing a diamond-encrusted Rolex watch and even sporting mink coats.

For a kid who grew up obsessed with the 1983 Al Pacino drug kingpin movie Scarface, it was intoxicating.

Even being shot and injured on one occasion did not put him off.

He recalled: “After I got shot my father told the agents to stay away from me. But I ended up working even more for them after that. 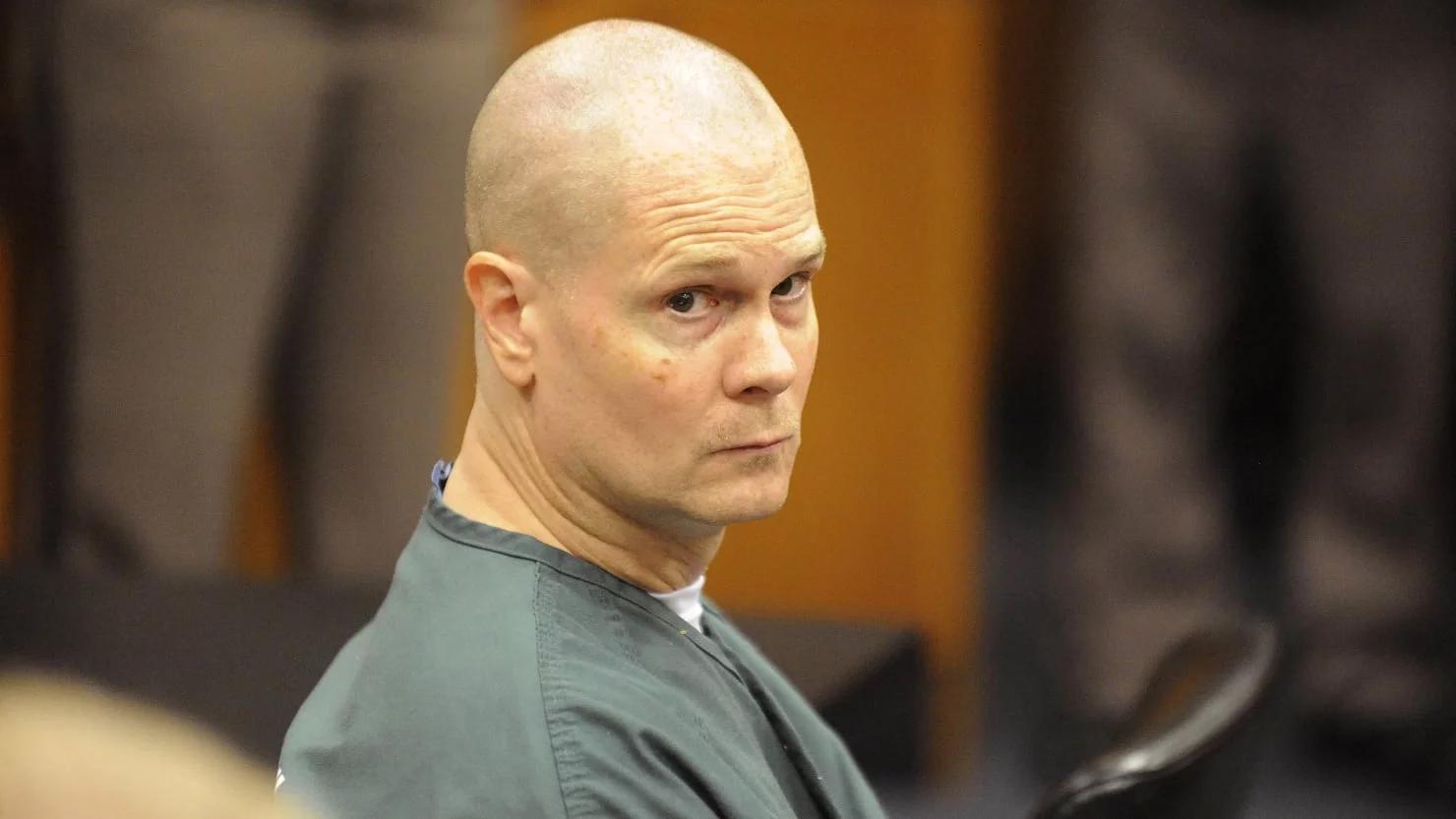 “I was a young kid and I spent my money on some pretty stupid things like cars and jewellery.

“But I was in that world and that is what people did so it only made me fit in even more.” Rick alleges he earned £26,000 for his informing, which eventually helped fund his own drug dealing.

The move came after his handlers became nervous at his growing links to the underworld and dropped him, about a year before his arrest.

Rick recalled: “Suddenly my handlers just quit contacting me. They just left me in that life. I had dropped out of school so I started dealing myself with a friend. 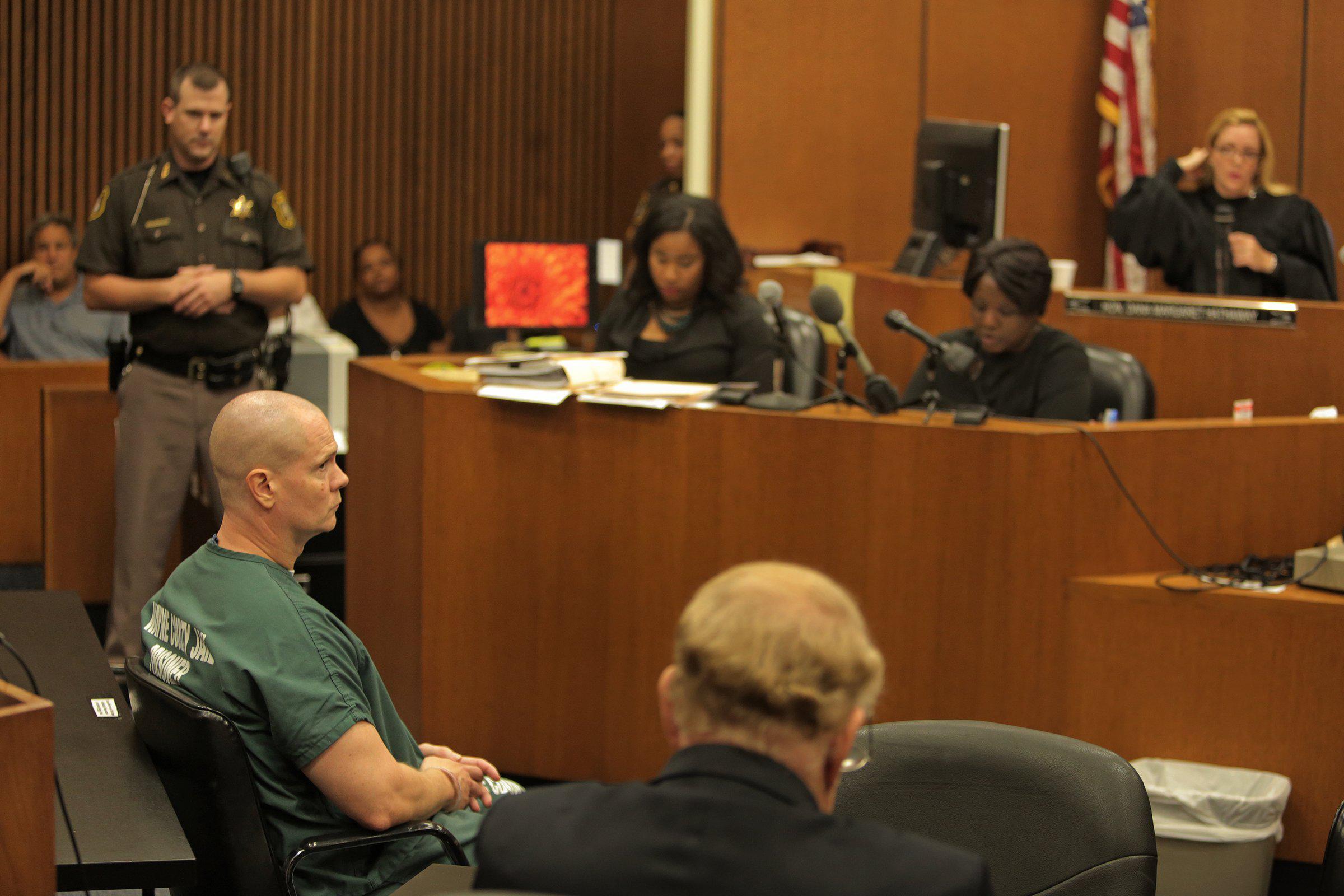 “We started small at first but then found we could make more money selling in larger quantities.”

He also started doing business with cocaine tsar Art Derrick, notorious for flying drugs into Detroit from Miami on a private jet once reportedly owned by the Rolling Stones.

His father Rick Sr said later: “My son became sick on power, the excitement, the prestige, the money, and the glamour of selling. ” 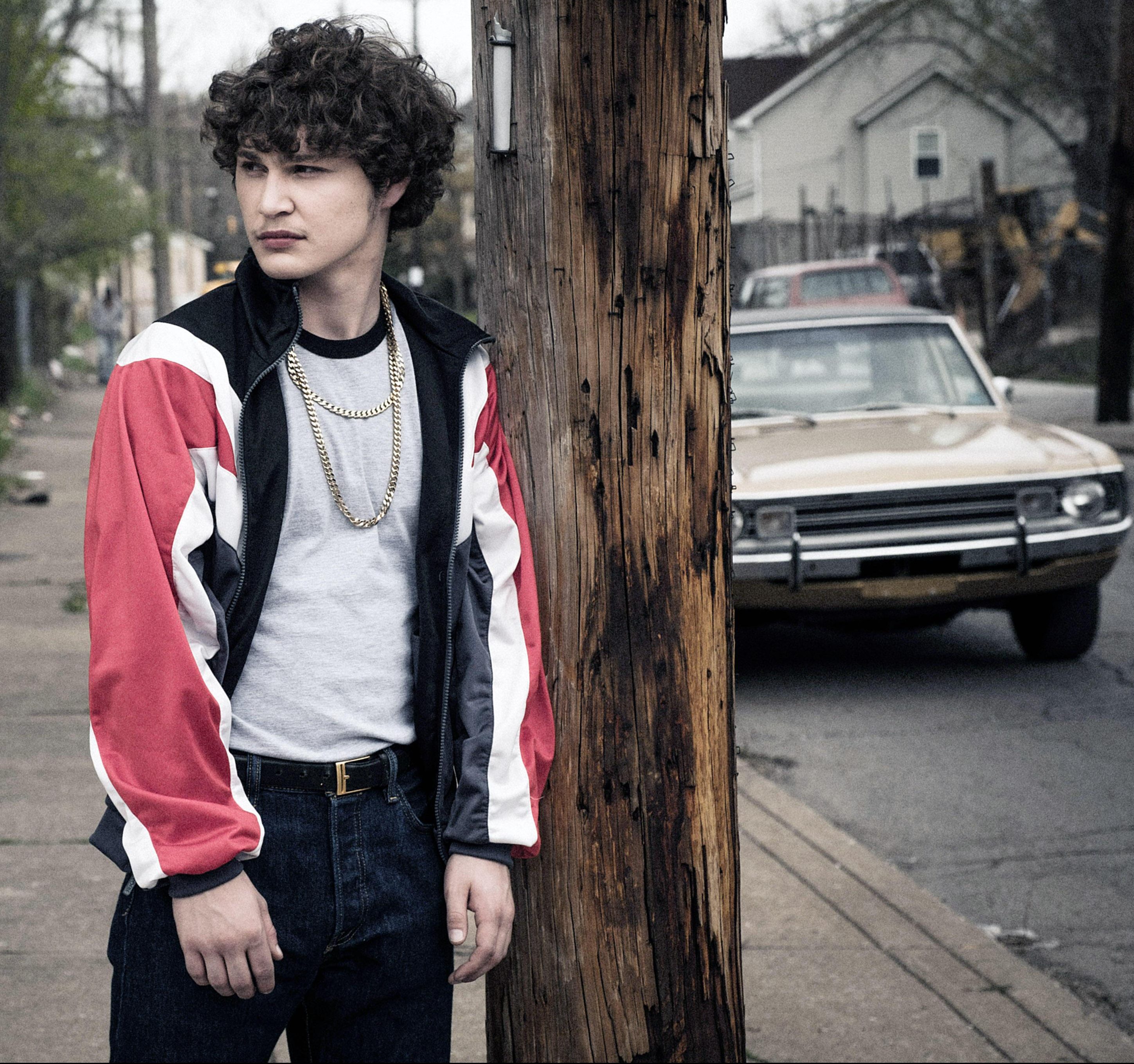 But Rick’s rapid ascent up the drug trade ladder eventually saw him targeted by a special anti-drugs unit.

After his arrest in May 1987, Rick hoped his former FBI handlers would step in and speak up for him at his 1988 trial, but nobody did.

Retired FBI agent Gregg Schwarz told The Sun the FBI would have been “embarrassed’ to admit they had been using such a young informant.

There was a further twist when several years into Rick’s sentence one of his old FBI handlers asked for his help exposing official corruption.

He helped set up a sting operation which resulted in 11 corrupt cops being sent to prison.

Rick, now a grandfather of six, said: “I absolutely don’t deny I sold drugs for a year, but I paid my debt to society for that tenfold.

“A whole world has passed me by, I have heard TVs are as thin as a wallet now and hang on a wall? I would have no idea what to do with a mobile phone that is like a handheld computer.”