AS a young woman Rebekah Vardy flicked through celebrity magazines looking for pictures of Coleen Rooney and dreamed of being in her inner circle.

Ten years on, Rebekah had married 80k-a-week Leicester striker Jamie Vardy and counted Coleen among her girl gang – until this week. 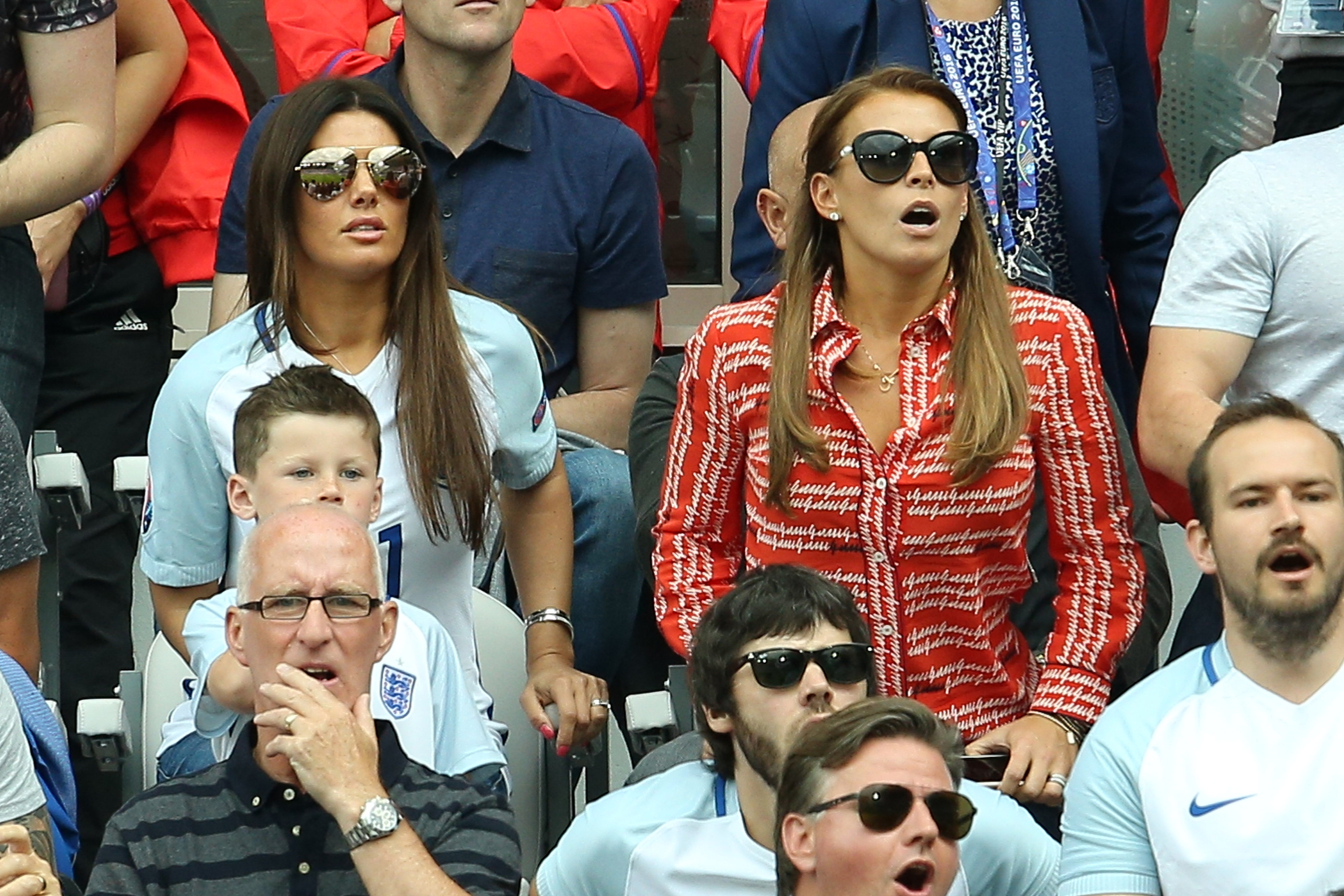 But her dreams were left in tatters when a row erupted this week after Coleen accused her of selling stories on the Rooney family to The Sun.

Wayne Rooney's wife revealed she been planting false stories on Instagram to catch the culprit, before discovering "It's Rebekah Vardy's account."

Heavily pregnant Rebekah denied the accusations and told The Sun she had been "annihilated" in public.

While Becky is a successful mother of four,  and is clearly happily married to Jamie, the row has come as a huge blow.

Ex-boyfriend Luke Foster, who played for Oxford United during their six year relationship, recalled her aspiring to the WAGs' lives and claimed she was desperate to "upgrade" to a Premier League player.

In a bitter interview after their split, Luke told the Mail that he showered her with expensive gifts, took out an “extortionate mortgage” on their Nottinghamshire home and lent her his Mercedes but nothing was good enough.

“Becky liked the finer things in life. She wanted the biggest house on the street, expensive handbags," he said.

“She’s now got the husband she always wanted, one who can keep her in the lifestyle she’s dreamt of. Becky upgraded. She said that to my face. She said he’d treat her a hell of a lot better."

Rebekah has always dismissed these claims as "completely untrue."

But if she wanted to better herself, it wasn't surprising. The brave 37-year-old has battled to overcome obstacles including domestic violence, sexual abuse and bitter family feuds. 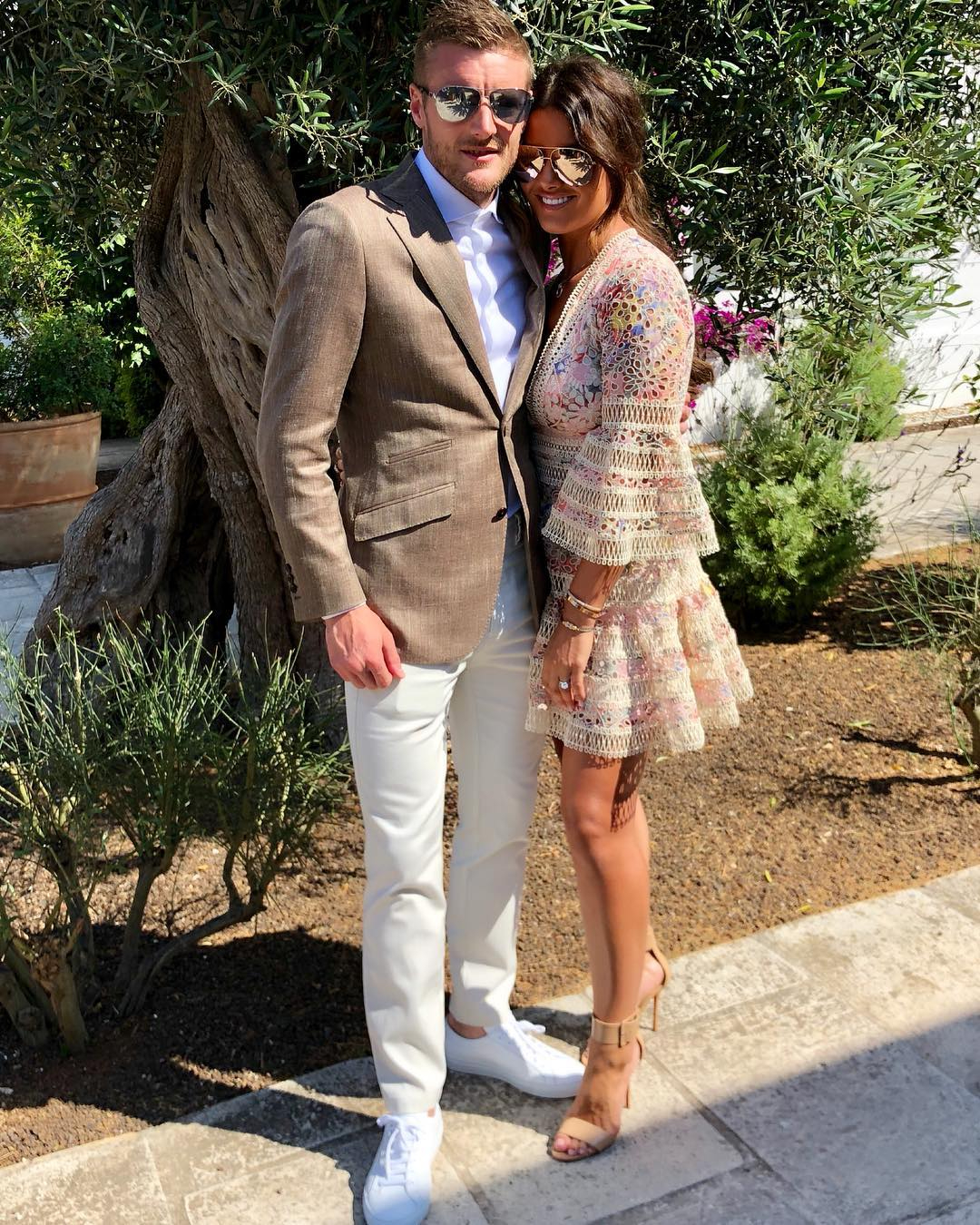 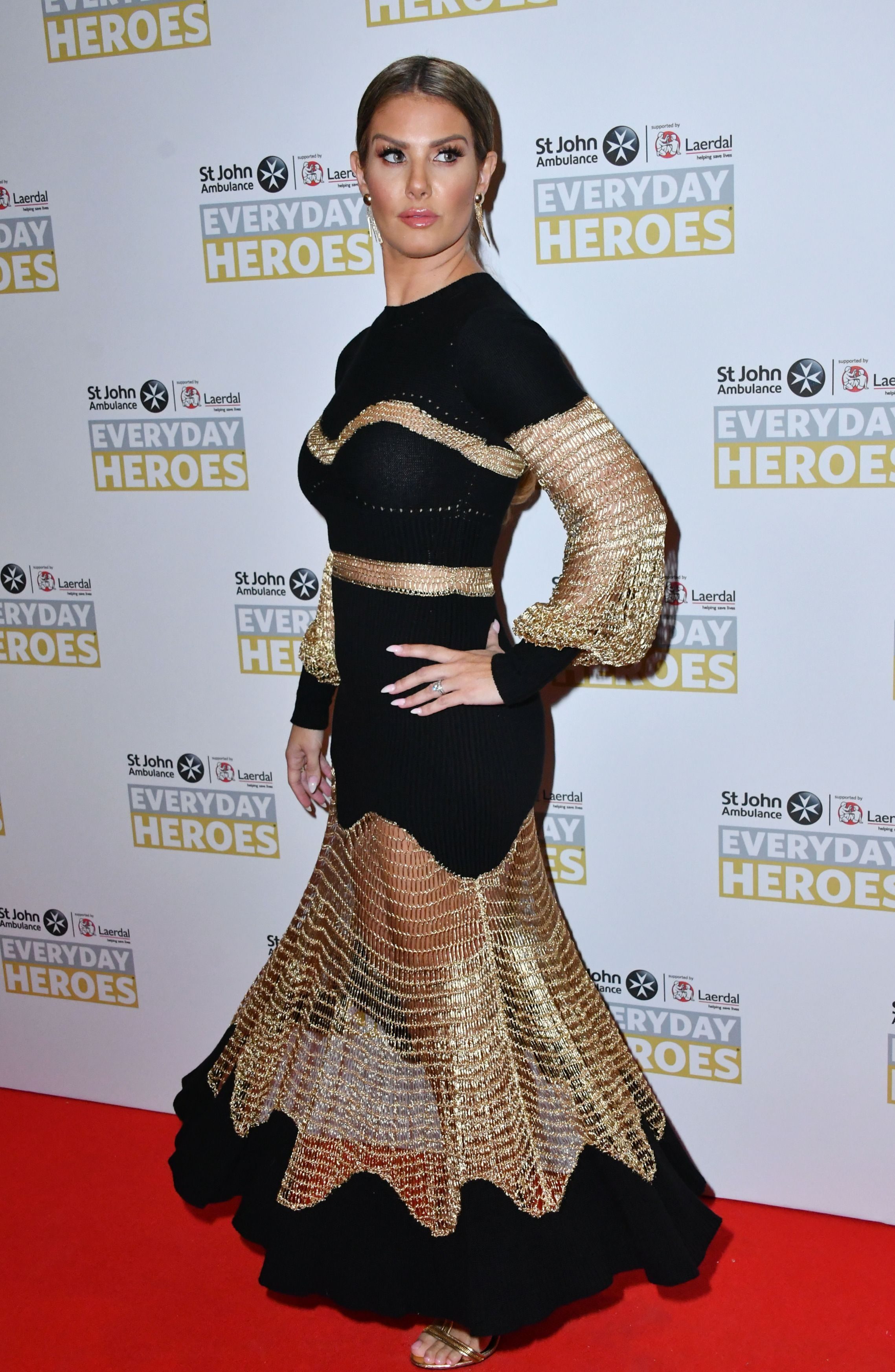 Becky is mum to Megan, 13 and Taylor, nine, from previous relationships and has Sofia, four, and Finlay, two, with Jamie.

But she has a fractured relationship with her own mum, rooted in her tough teenage years.

Her parents – John and Alison – divorced when she was 11 and she moved from city to city, living in Norwich, Reading and Oxford as both moved onto new relationships.

At 13, she was sexually assaulted by a family friend who abused her on a weekly basis for three years.

She has since said that her mum “didn’t believe” her when she revealed the abuse, leading to the rift.

“I was made to feel like it was my fault, it's one of those things that you don’t discuss,” she told Loose Women in 2017.

She added that she was forced to confront her past abuse after having second child Taylor, in 2010.

“I suffered post-natal depression with Taylor and I didn't even want to leave the house,” she says. “The doctor persuaded me that I needed medication and to go to therapy.” 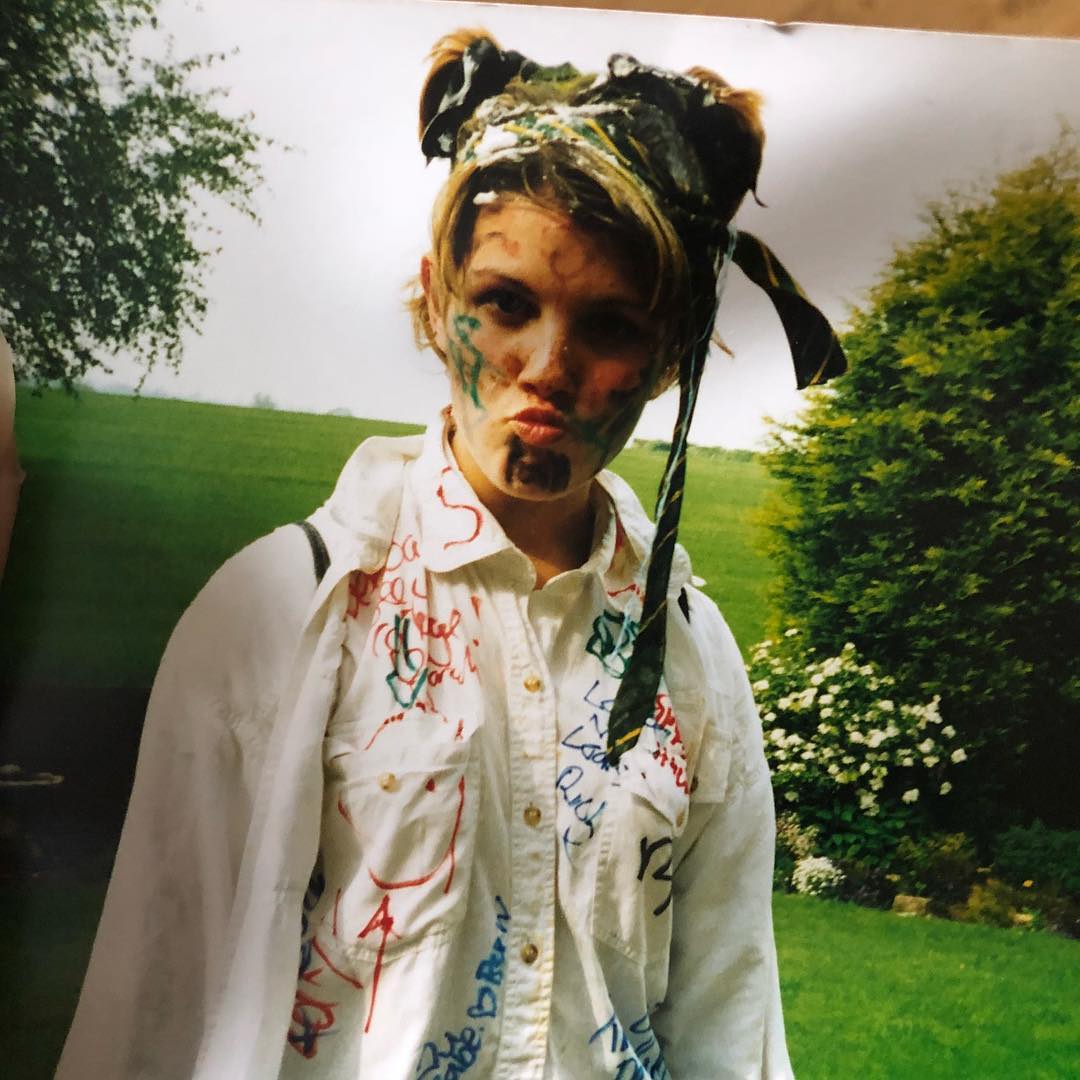 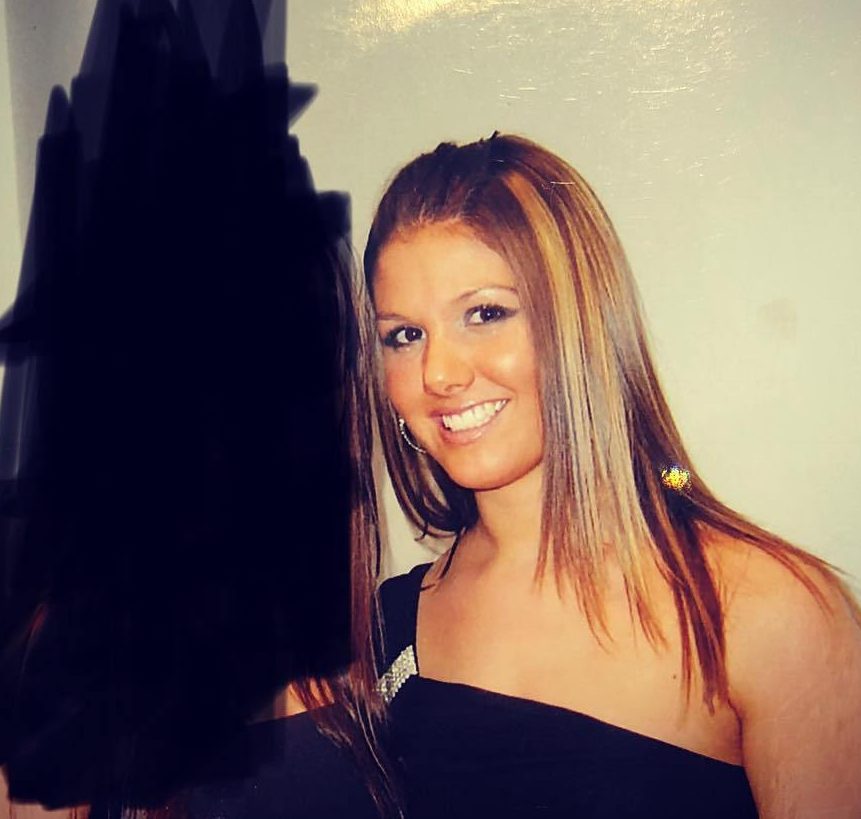 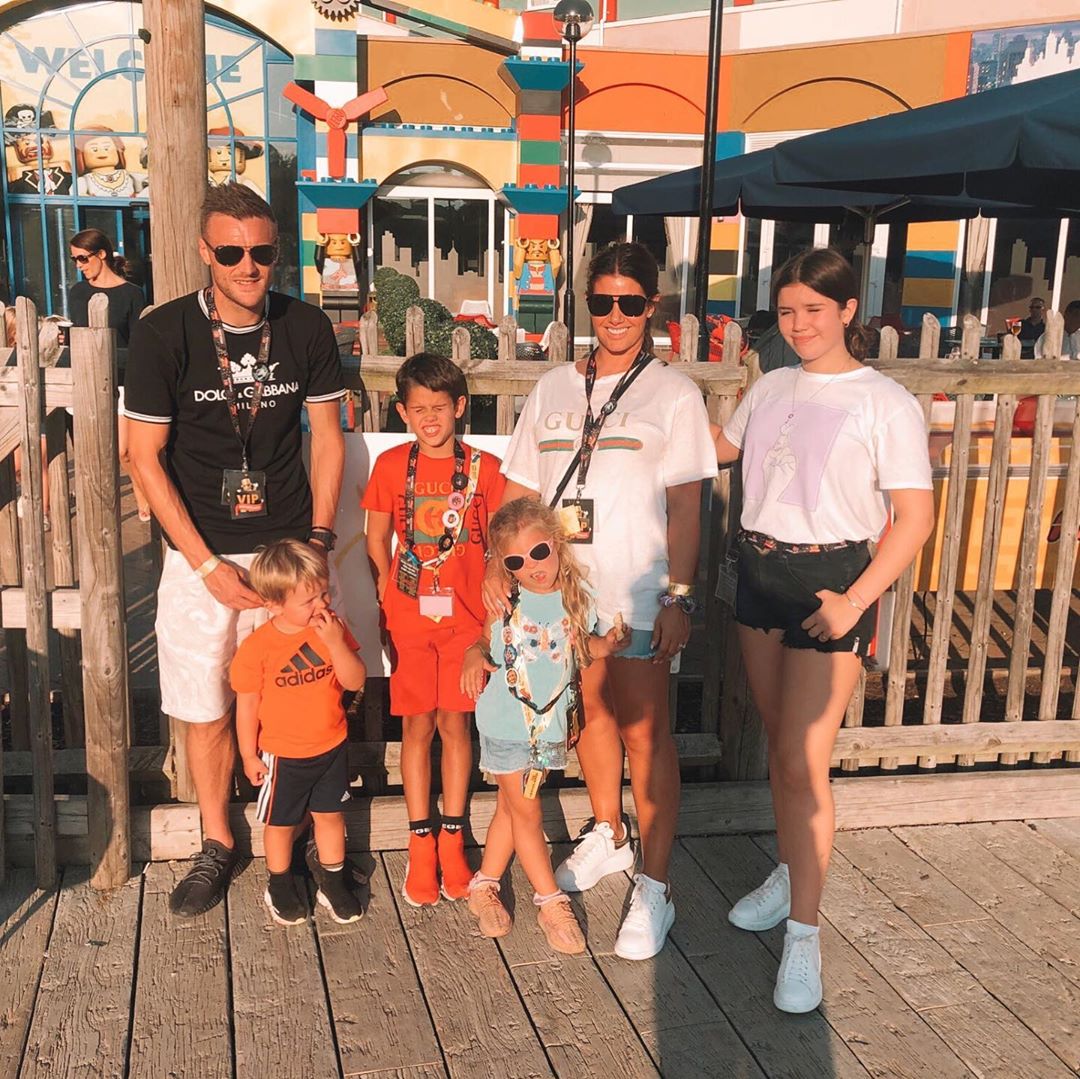 Suicide attempt at 15, homeless at 16

In the aftermath of the abuse Becky rebelled and was constantly in trouble at school for fighting and drinking.

At 15, she attempted to take her own life because she just “wanted to escape” and a year later, as the relationship with her mum and stepdad Ian broke down, she was forced to leave the family home in Witney, Oxfordshire.

The teenager slept on friends’ sofas while working in bars to make ends meet and at 17, she met electrical engineer Mark Godden.

Mark has since revealed that the engagement only came about because she spotted a £500 ring in a magazine and told him, “I want that. Buy it for me!”

Their union fell apart after six months when Becky – who was unhappy in her marriage – slept with singer Peter Andre, who she met through her work at a promotions company.

She later revealed: “I told him I was married. I wanted to be honest and I knew my marriage was coming to an end.”

She added: “I thought he was going to be a fantastic lover. Then he took his trousers off! It wasn’t worth the train fare.” 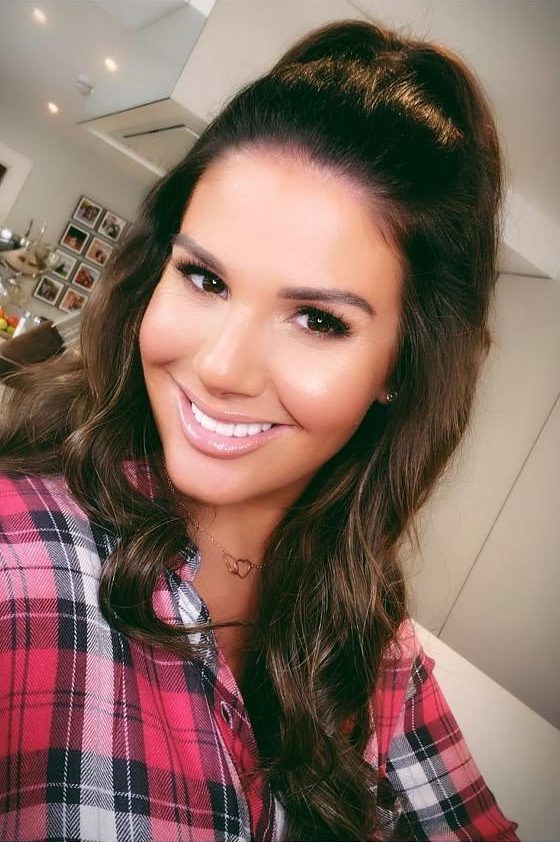 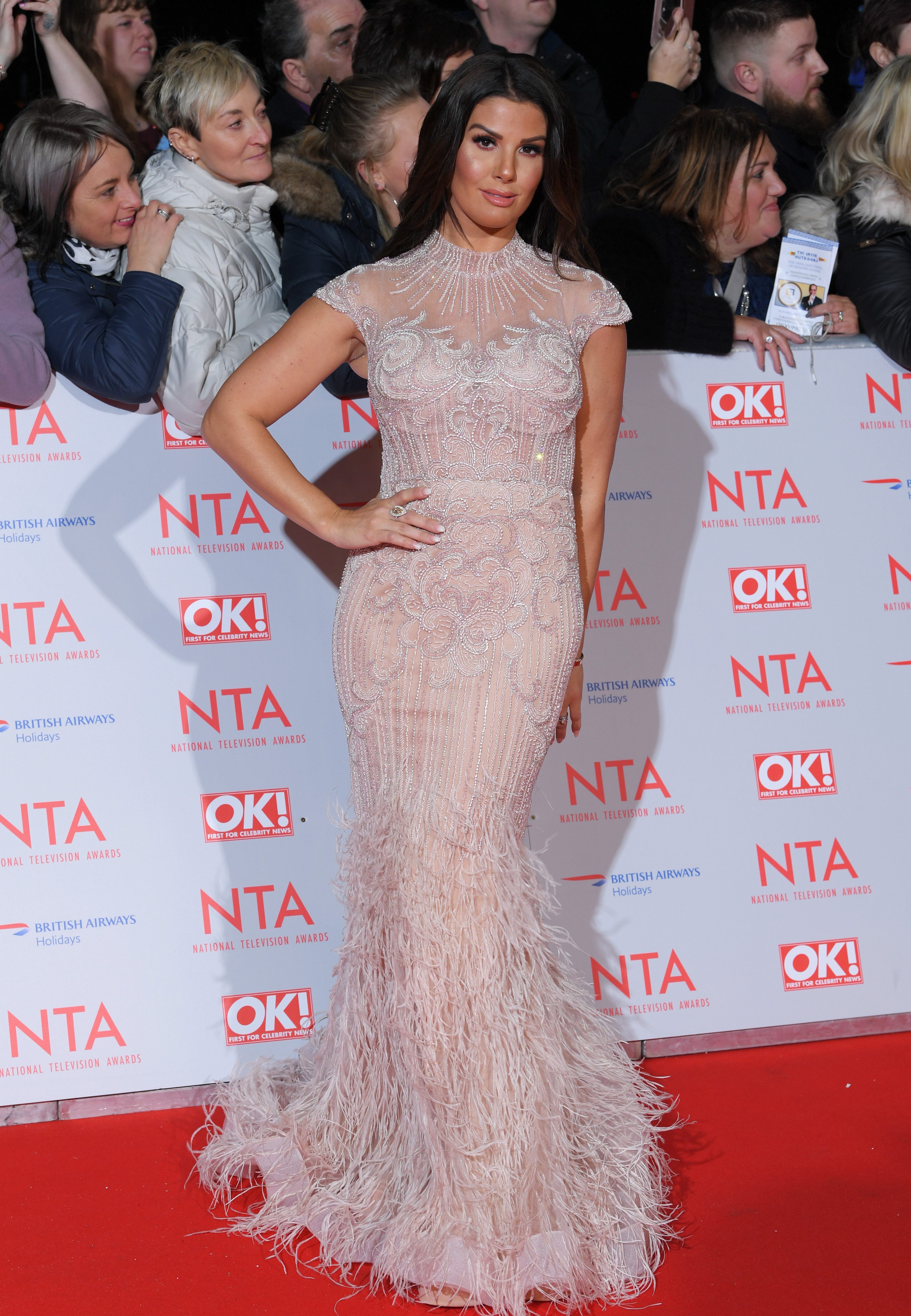 Soon after splitting from Mark, Becky fell pregnant with Megan, now 13, although she has never publicly named the father.

But the romance ended acrimoniously, with Luke claiming Becky had only dumped him after meeting premiership player Jamie. She has always denied that the relationships overlapped. 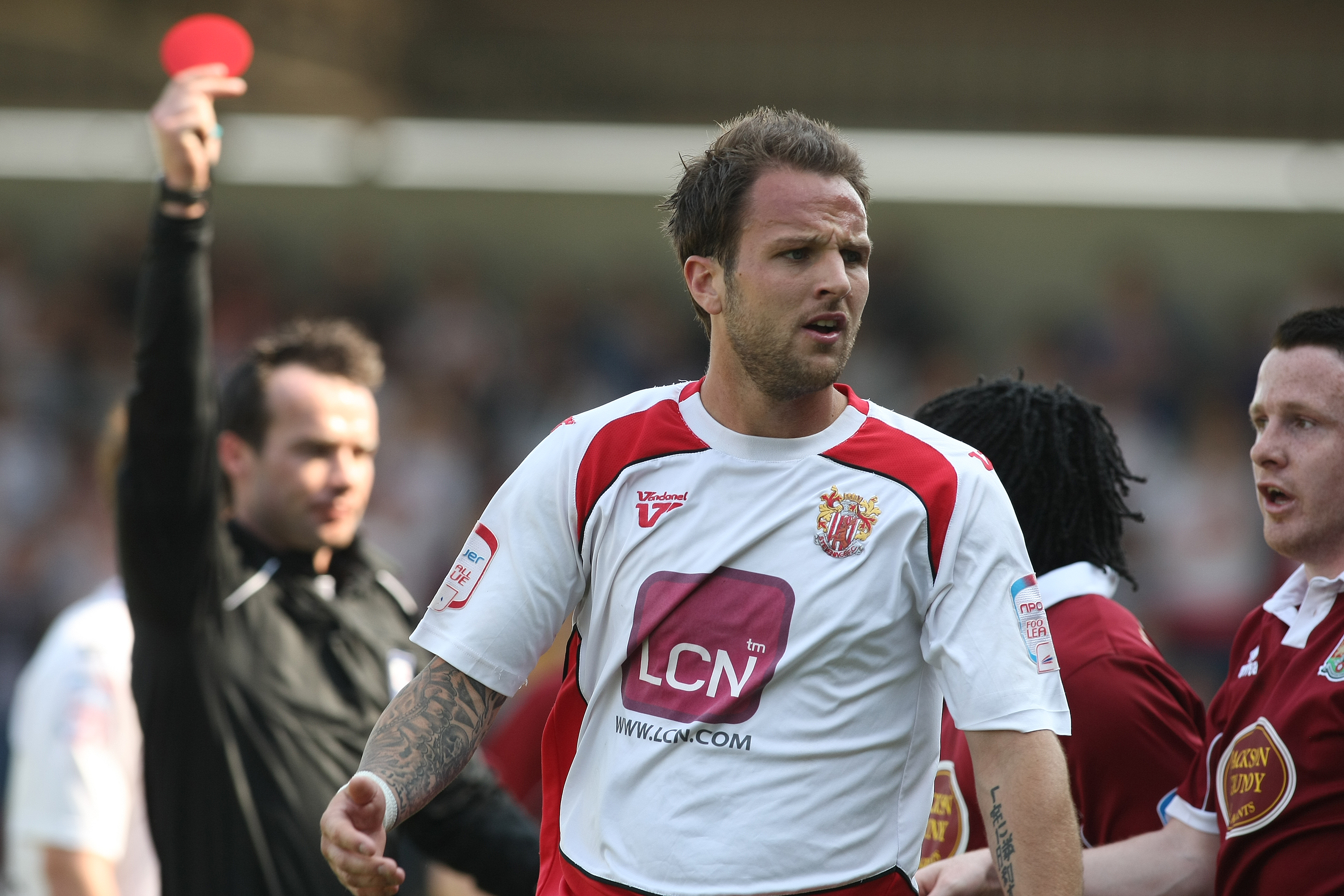 Becky met Jamie, five years her junior, when he hired her to plan his birthday party in the Viper Rooms nightclub in Sheffield.

"When we first met, I made Jamie chase me for months before I agreed to go out with him,” Becky told Hello later. “One of the reasons for that was that, as a mother, I didn't want to introduce anyone to my kids who might then disappear.”

She later said that Jamie ended a run of bad luck with men.

“I've made some horrific choices with men, I get blackmailed and harassed by certain people,” she revealed later. “I'm still dealing with it now.

“Jamie is so supportive, he likes that I'm able to stand on my own two feet. Up until him I didn't trust anyone.”

Becky's alleged mission to become a top WAG was completed when she entered the inner circle of former idol Coleen Rooney.

After Wayne and Jamie started playing for England together in 2015, she enjoyed nights out with Coleen and mutual pal Dawn Ward as well as model and reality star Nicola McLean. 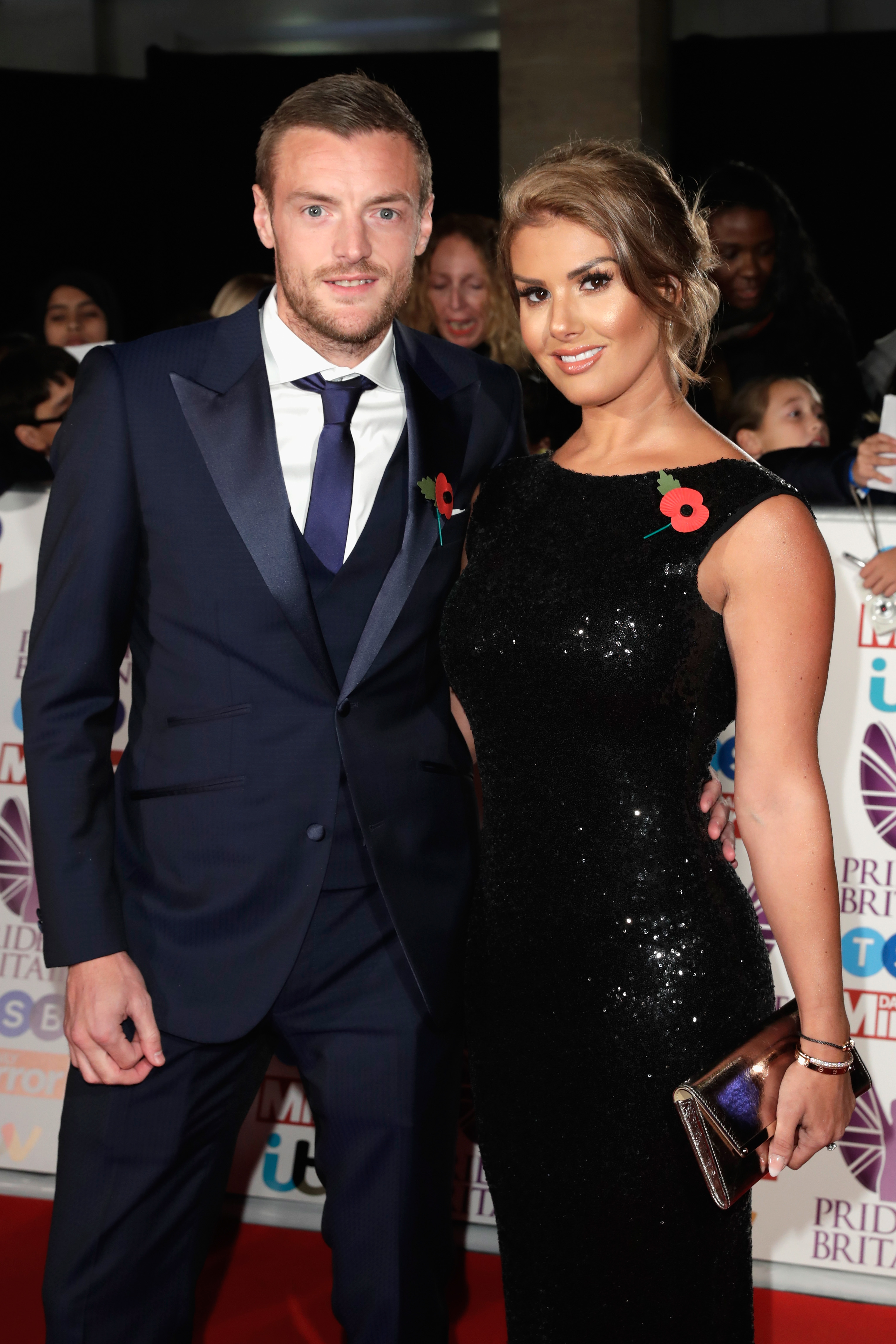 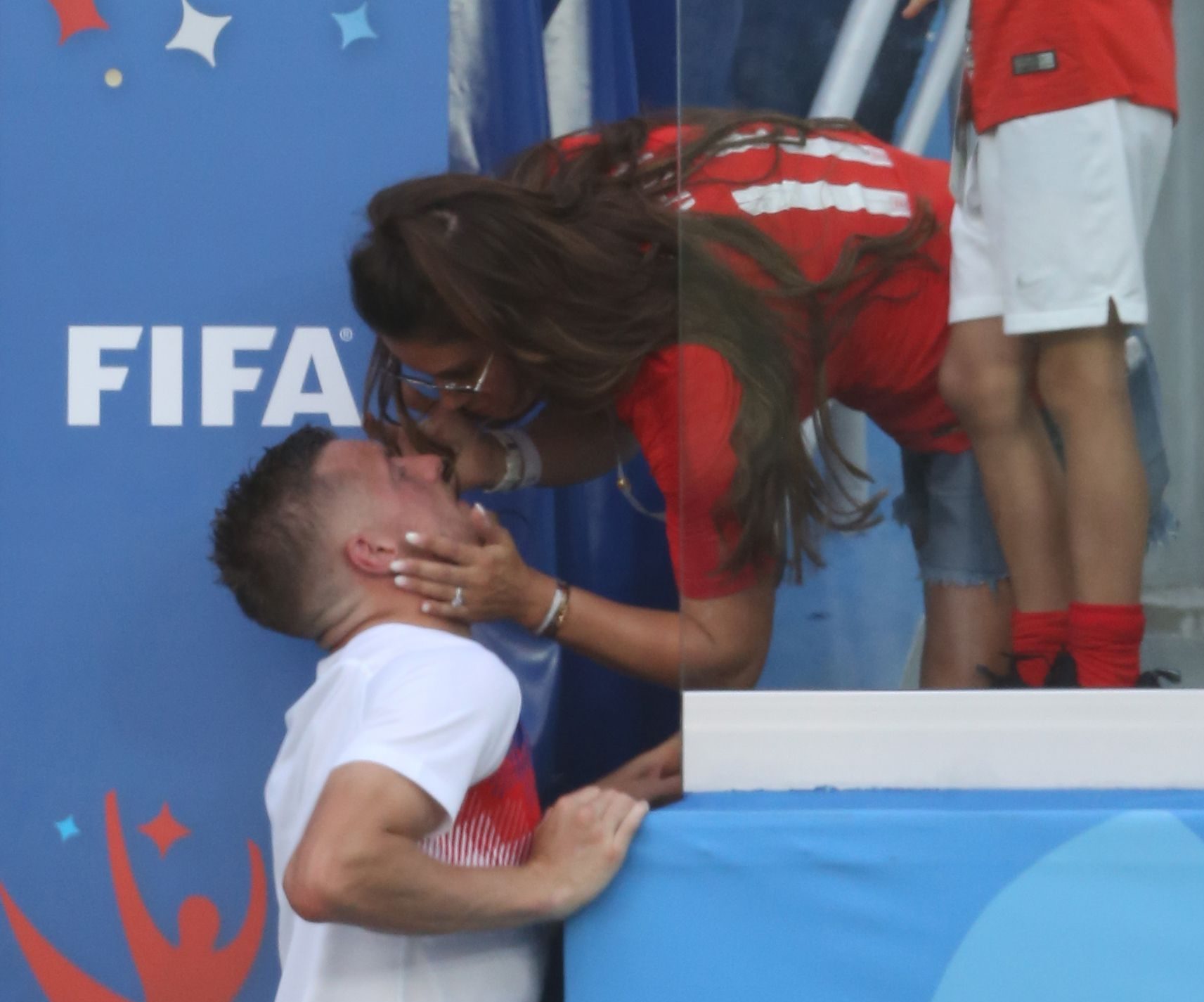 The next addition to the family – daughter Sofia, arrived in 2015 and a year later the couple tied the knot at Cheshire’s swish Peckforton Castle.

Becky – who wore a Caroline Castigliano gown – finally had her dream wedding, with stars including Louis Tomlinson and Tinchy Stryder there watching her walk down the aisle.

But the day was tinged with heartbreak for the couple as Jamie’s daughter Ellie, who the couple wanted as flower girl was banned from attending by her mum.

And family feuds meant that neither Jamie’s parents or Becky’s mum and stepdad attended the nuptials.

The groom’s family blamed Becky for causing the rift and mum Lisa said, “I don't have anything directly to do with my son any more. It's a shame and very sad.”

Happy 3rd Anniversary. My love, my life, my everything ❤️❤️❤️ #3years

But since the wedding, the couple have settled down to a happy family life.

It wasn't long before they moved into a sprawling eight bedroom farmhouse in the Lincolnshire countryside, worth £3m.

The family often enjoy holidays in Dubai and in the last 12 months she has stayed at the Atlantis, where a suit costs £1800 and the Four Seasons, with suites up to £14,000 a night. 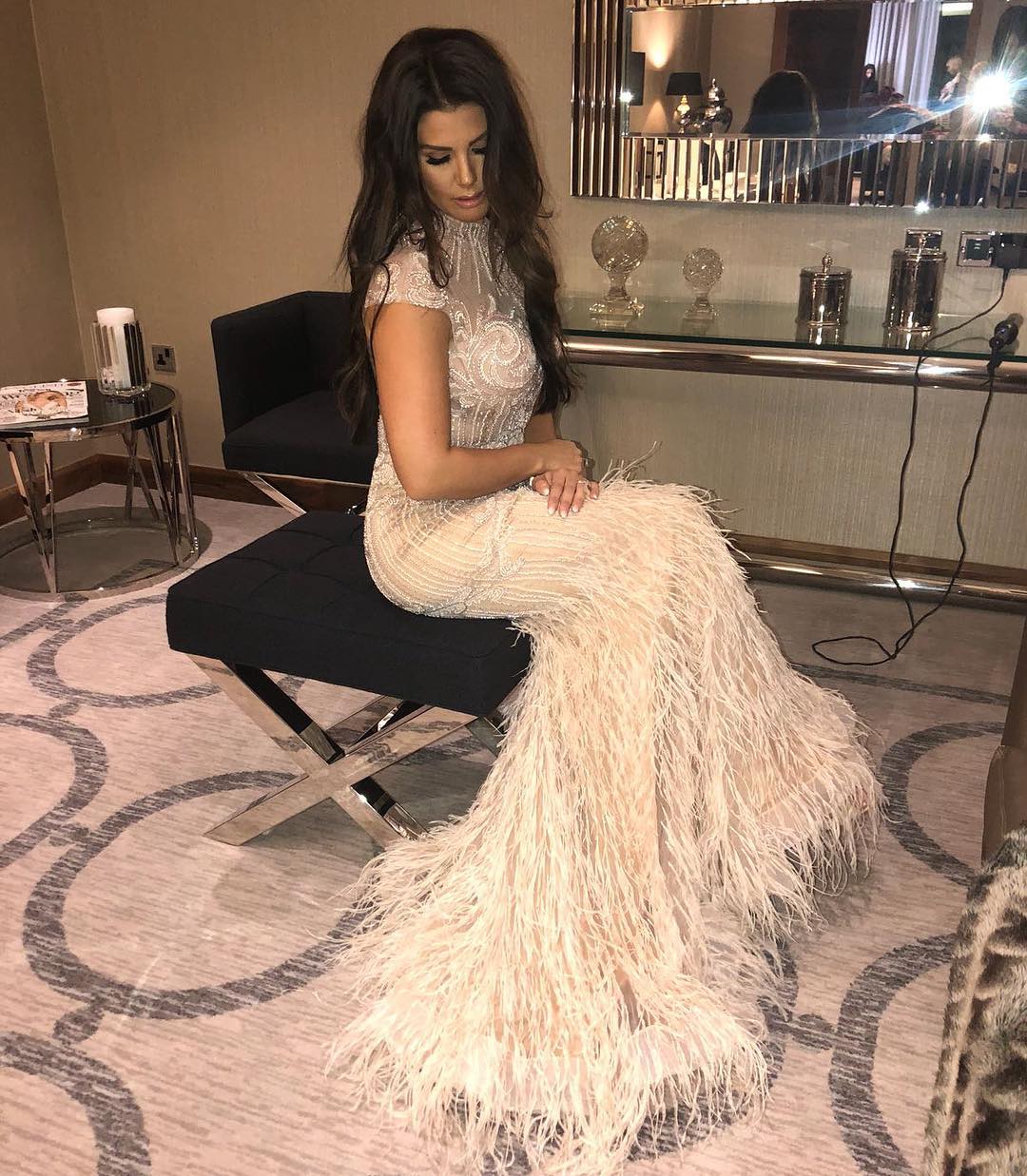 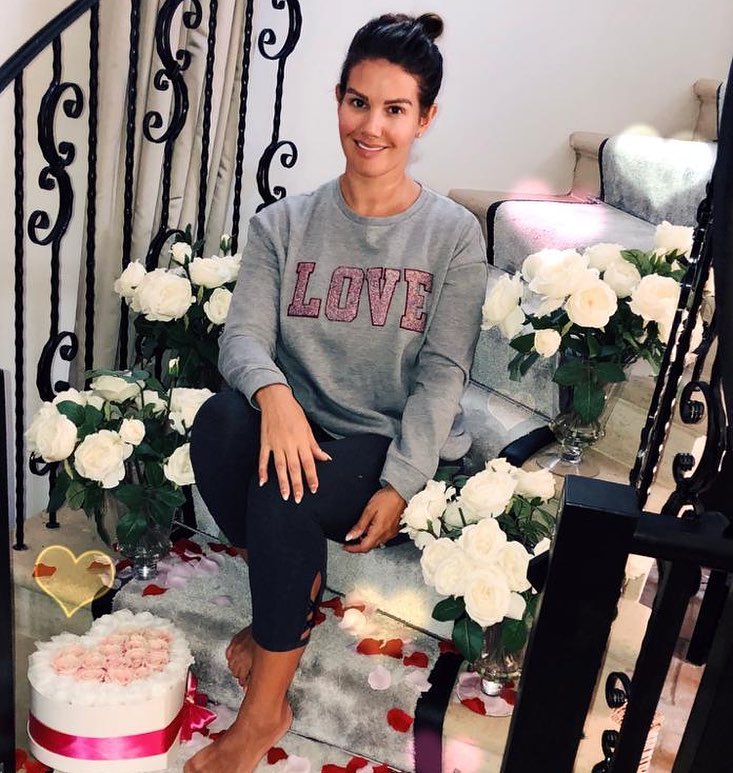 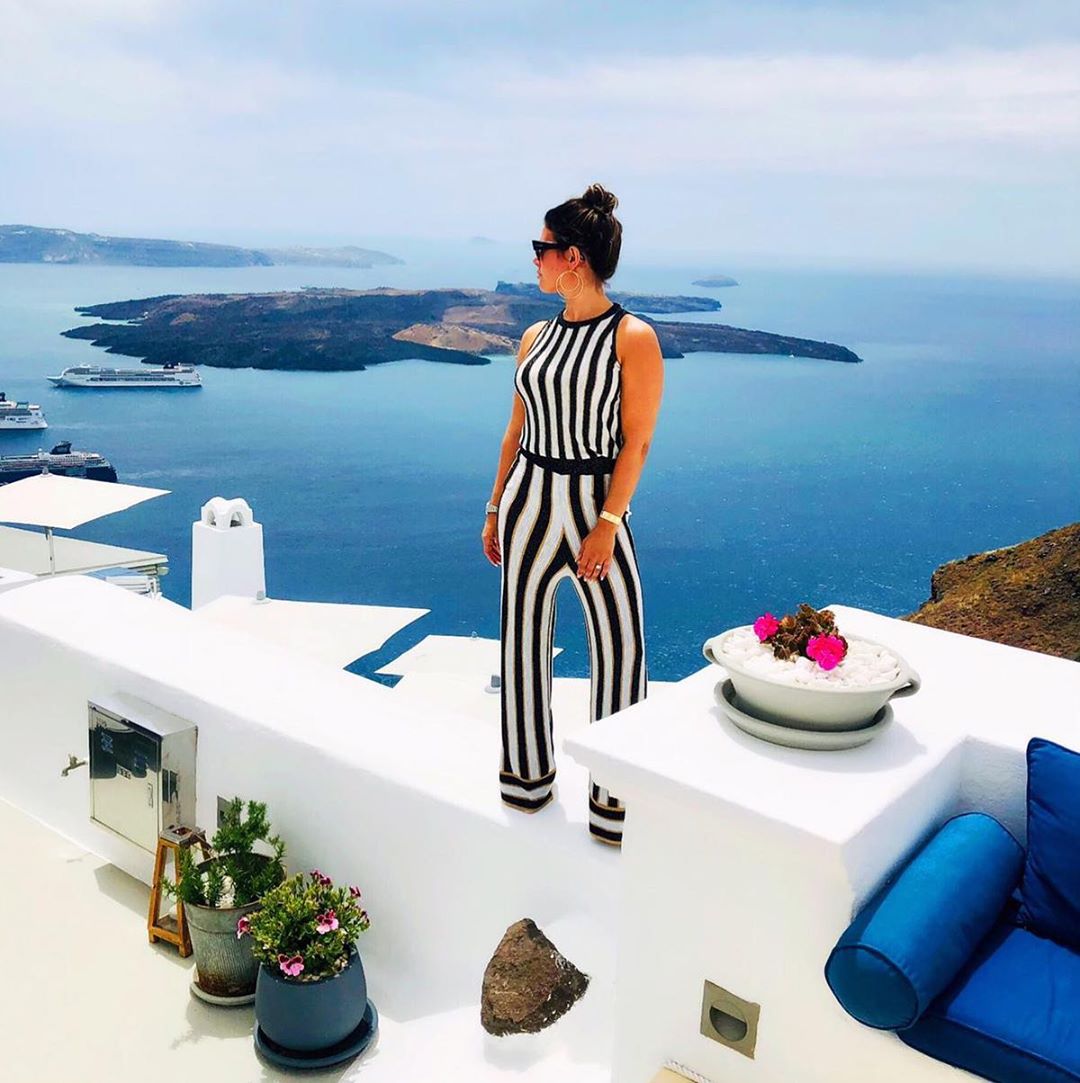 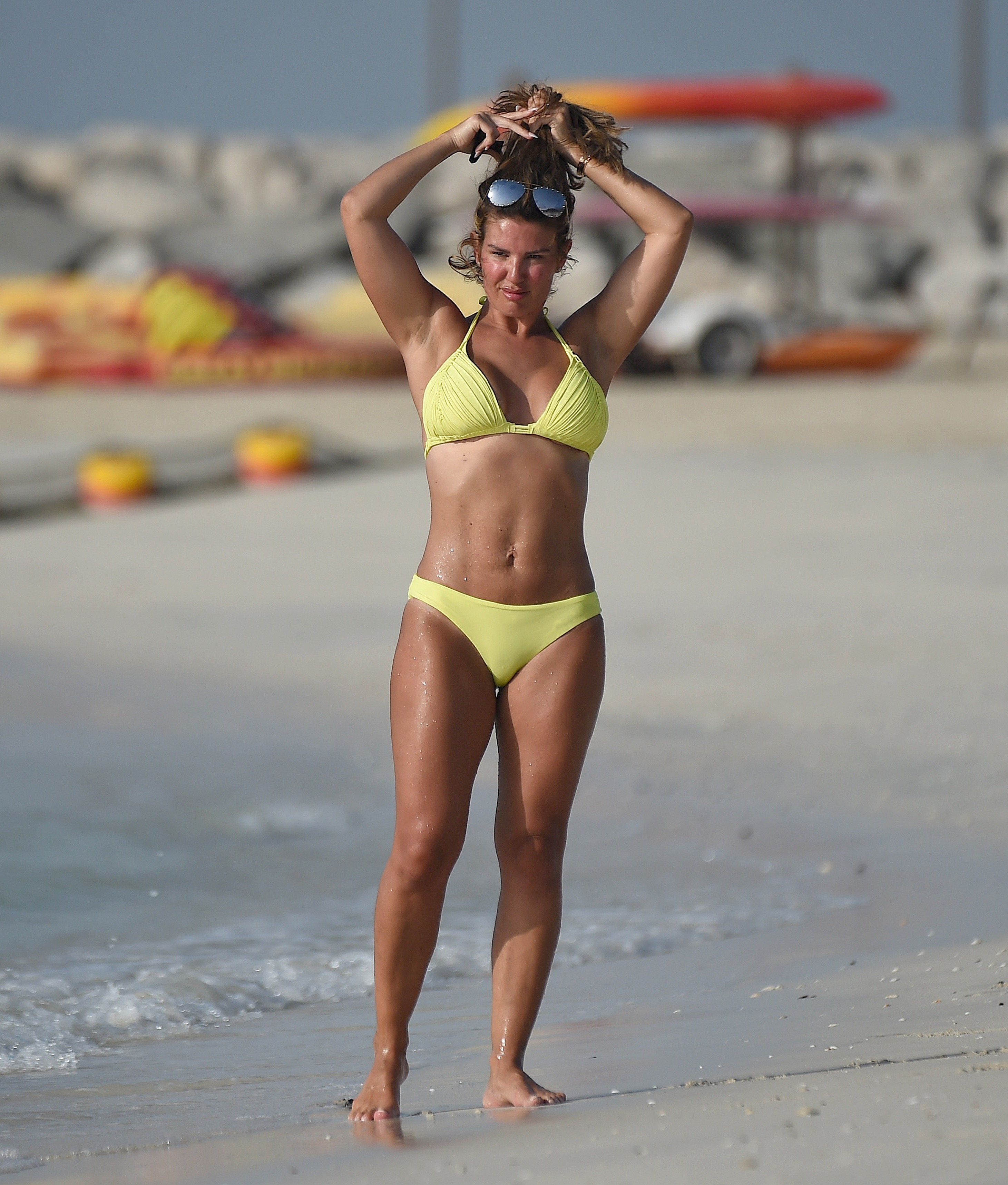 But her trip to Dubai this week has been interrupted by the row with Coleen, leaving her "inconsolable."

After Coleen's damning post, Becky called her in tears to deny she had sold stories on the Rooneys, but her former friend refused to listen.

Now Becky has condemned the public way that Coleen raised the issue – and says she is suffering a huge backlash.

“Why didn’t she pick up the phone? I have been so upset by it – and I’m heavily pregnant too," she says.

"Now I’m getting death threats saying I should die and my unborn child should die. That’s why I’m determined to get to the bottom of what has gone on and clear my name.”

Danielle Lloyd used emojis to brand her a rat but close pal Nicola leapt to her defence, saying "what she’s going through is what nobody should have to go through so publicly."

Last year Becky posted a message about overcoming adversity on her Instagram, signing off with: "To anyone who is having a hard time for whatever reason, things do change, it will take time but it will get better."

One hopes that when the dust settles after her row with Coleen, this proves to be true. 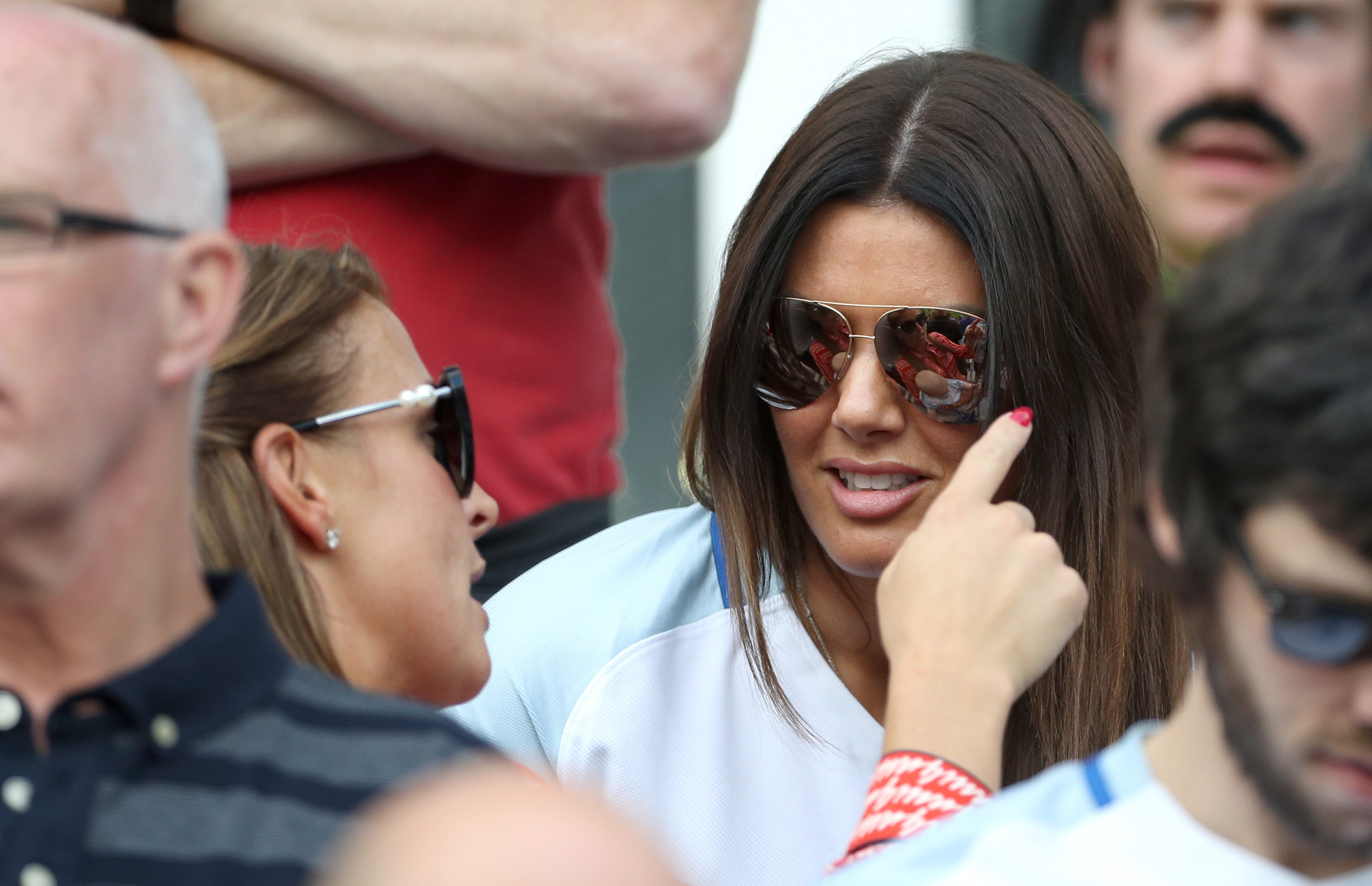 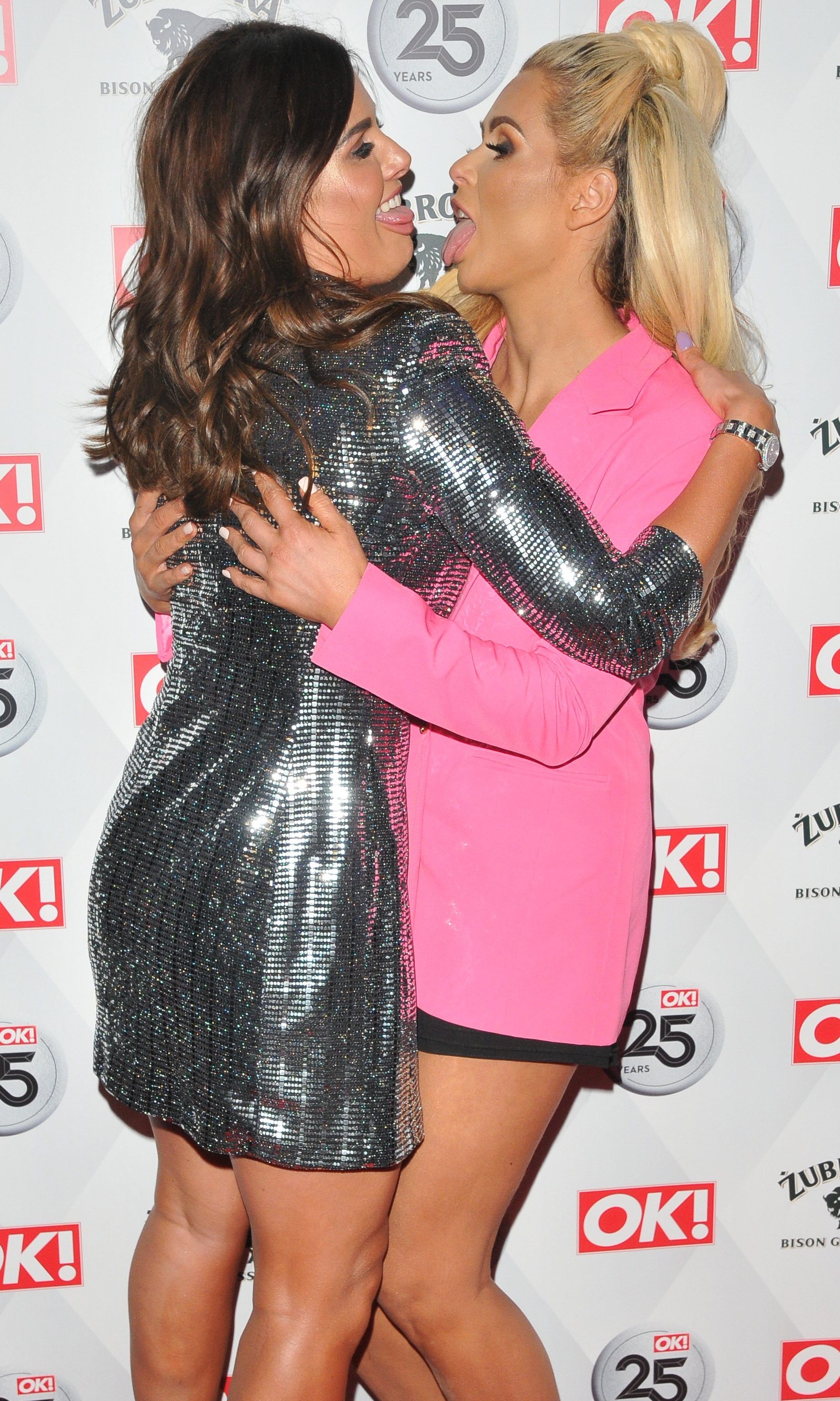